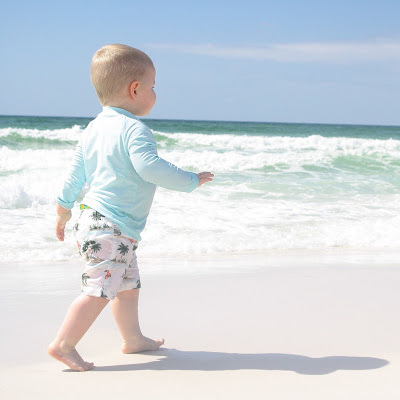 Have you heard about the 20 Mile March? I can't remember where, but I stumbled on an article about it a few weeks ago and I haven't been able to get it out of my head. It's probably super common and well-known, and for good reason. The basic idea is that if you were to travel somewhere, going around 20 miles a day no matter what, you would arrive sooner and in better shape than if you were to go harder on the good days and not at all on the bad.

Essentially (I'm probably not doing the real story justice, you should Google it), two teams of explorers left for expeditions to the South Pole in 1911. They both faced the same harsh conditions and long distance, but had different outcomes. One team reached the South Pole in only 34 days, while the other team actually died on their journey. The difference? The first team of men were consistent- they marched 15-20 miles every day no matter what the conditions were like (if it was perfect and they had extra energy, they still stopped after 20 miles. If it was cold and snowing and miserable, they still marched a full 20 miles). The other team took the days as they came- taking advantage of good days and marching further than usual and not marching at all on the harsh days.

I get it. It's sort of a re-telling of the Tortoise and the Hare. But it's kind of mind-blowing, right? Slow and steady wins the proverbial race every time.

Ok, but here's why it's been rolling around in my head. I have a never ending list of things I want to do, but I'm an all or nothing person. I don't like starting something without being able to immediately finish it. Let me give you some examples. I really want to re-organize our filing system, but I don't have 4 hours to carve out in a given week to just do it. So I've been talking about it since Fall, but haven't done a thing. I'd love to spend a bit more time decorating our house with the stuff we already have (but have never unpacked), but only if I can completely do one room from top to bottom in one day. So that clearly hasn't happened. Or even on a more day to day basis, laundry. I'm great at keeping up with it 90% of the time. But that one week every few months we will have PILES of it because I don't want to start folding/putting it away unless I have a solid (uninterrupted!) hour to do so.

So the idea of the 20 Mile March, of doing a little bit everyday, doesn't come naturally to me. But I like it. Especially the part of stopping, even if I feel like I have a bit more I could get done. I've unofficially been practicing this idea of slow and steady the last couple of weeks, since reading about it. Every day, I make sure our kitchen is cleaned (defined as: dishes in dishwasher and clutter off counters, no deep cleaning here!), I checked in on work for at least an hour (my part time job can feel never-ending), and I tackle one extra area. Ok, I know that last one seems vague. It just means that I've 'touched' one thing on my random to do list (sent out emails for Noonday stuff, mailed a birthday card, organized our command center, or simply researched a good family filing system).

It's so basic, but also so freeing. I do those three things every day (whether I'm tired, sick, busy, have extra energy, etc) and I feel great. Somehow, I've been crazy on-top of work lately (and not overwhelmed at all), our kitchen hasn't had a single day where dishes have sat in the sink, and little projects are getting crossed off my to-do. The biggest part- I include the kids. Caleb helps me clean up the kitchen, and if not I don't feel guilty about letting him play or read on his own for 15 minutes while I do it. Or I bring him into the office or bedroom if I'm sorting/putting away something. (I usually just wait until nap time to do ALL THE THINGS, but that just leaves me feeling like I have a million things to do in a 1.5 hour window). I've still found time to read lots of books this month and rest with Justin in the evenings and head to the gym (those things always fall by the wayside when I feel like my list is never-ending) and meal plan. Because on the days where I know I could do more, I still make myself stop and rest and know I'll come back to whatever is it tomorrow.

I'm thinking of being even more intentional with this mindset and making an actual list of things I slowly want to tackle. Here's what I've come up with so far:

I love this post! I definitely did some research after and will need to start coming up with a plan like this that works for me (which is also not natural). Thanks for sharing and I look forward to hearing how this changes your year.