This post was sponsored by Evenflo as part of an Influencer Activation for Influence Central. I received the Evenflo Sibby Travel System to facilitate my review, but photos and opinions are all my own. 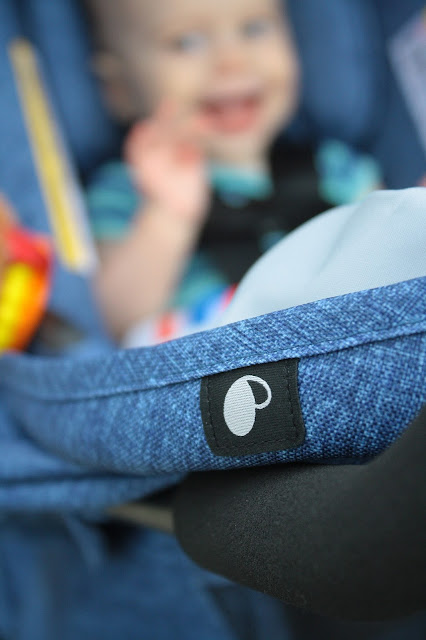 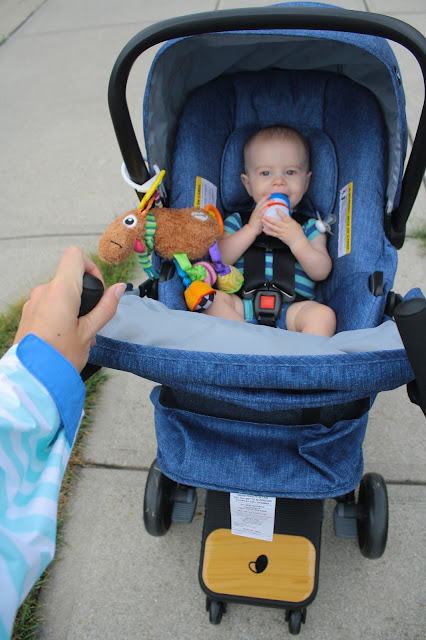 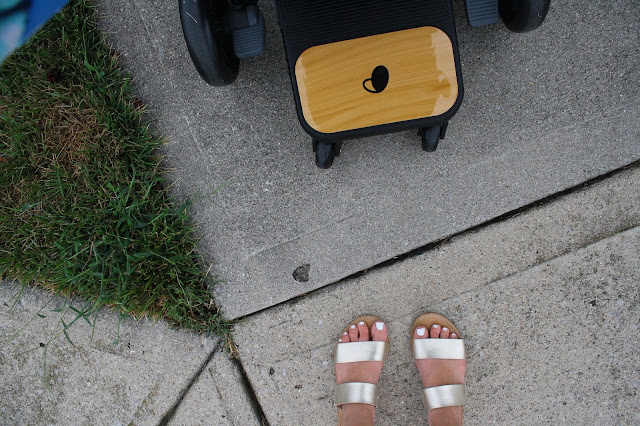 If you know me, you know I sort of like to keep the amount of baby things we have to a minimum. We never owned one of the infamous rock'n'plays, only lightly used our fancier baby swing, and all the toys we own were gifted or handed down to us from friends and family. So you know it's a big deal for me to admit that we have three strollers now! 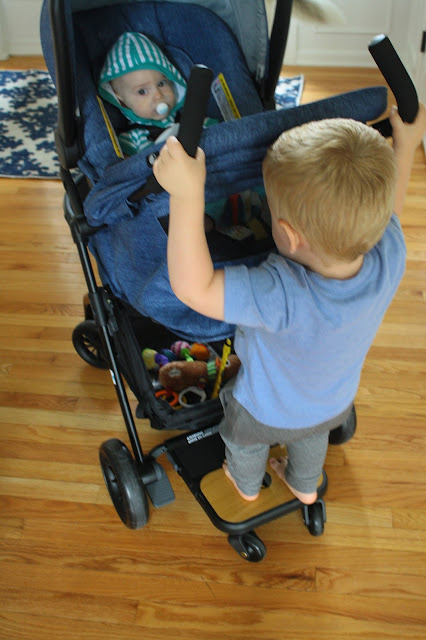 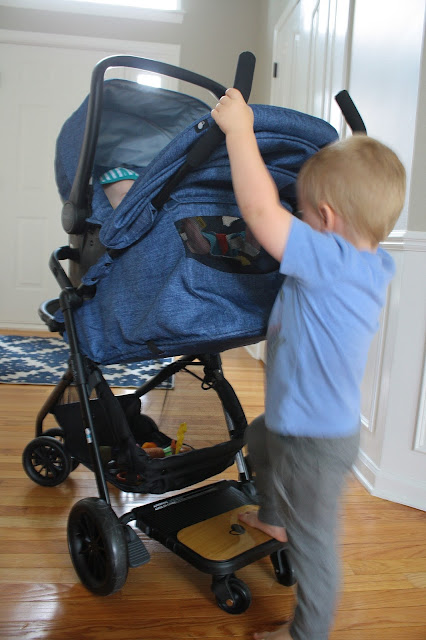 When our first son was born, we were gifted an amazing travel system that we used the HECK out of. I can't even express how used and beat up and broken in that stroller and car seat are by this point! After we found out we we're expecting #2, we splurged on a sturdy double stroller since Caleb would only be 18 months old when he became a big brother. But lately, we've been finding ourselves somewhere in between those two- Caleb is too antsy and independent to sit in a stroller when we go on our daily walks, but he's not quite ready to be forced to walk the entire way (the 2 year old drama is real!). Add to that our growing frustration with our old, bulky carseat from our last travel system- and we knew we needed a solution! 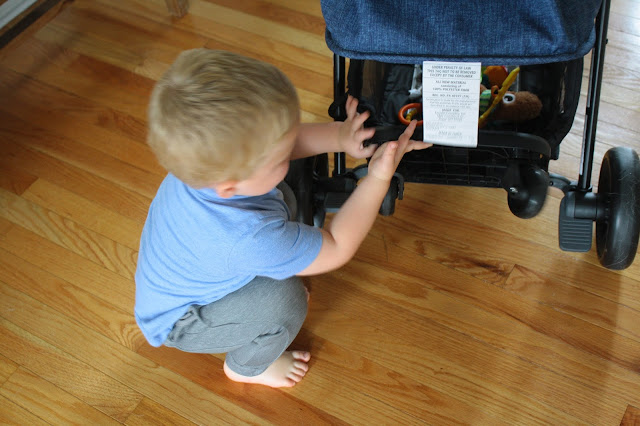 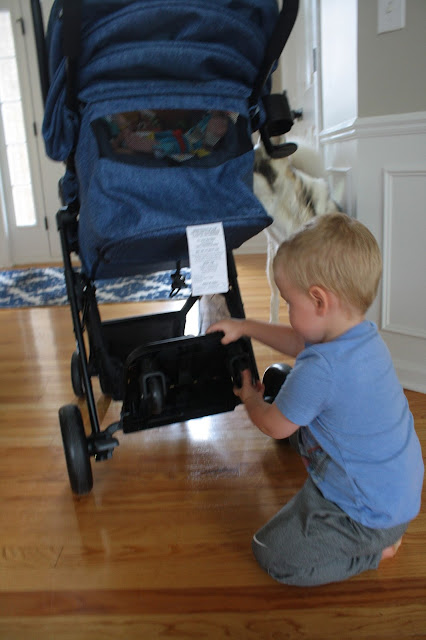 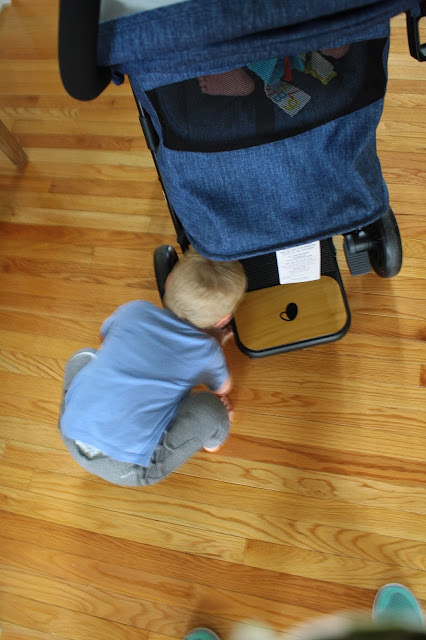 With the opportunity to try out the new Evenflo Sibby Travel System, I was excited to see if this was the right fit for our family.  As it turns out, it's perfect for the parenting stage we're in right now. The Sibby is unique because fits a carseat for Tyler to ride easily AND has a Ride-Along Board for Caleb to hop on when he's done walking. It's like the Goldilocks of strollers! It's one of those baby items that is worth the price and we'll be holding onto for a long time. 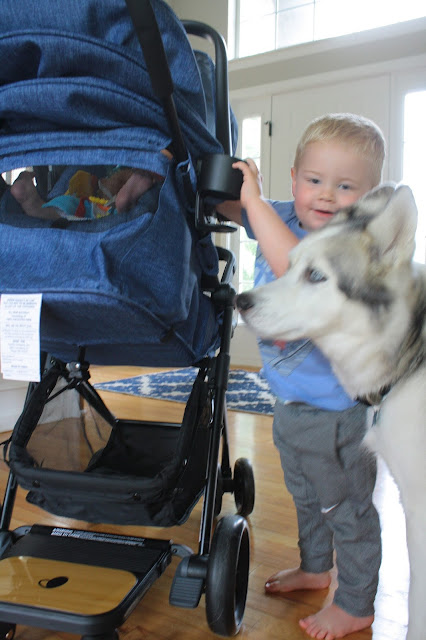 First of all, let's chat about the LiteMax Infant Car Seat. YOU GUYS. It is so so so lightweight. I mean, obviously the name indicates that. But it really, truly is. Even Justin was impressed by how light it is and how much easier it is to carry than our older model. We absolutely love this carseat! Bonus? It clicks into the Sibby stroller crazy easily. We're used to having to clip on carseat adapters to all of our strollers and being able to skip that step is awesome- since Tyler is getting older and sturdier at sitting, we can easily chose between clicking his carseat on the stroller or simply sitting him in it.

And this stroller! We've never had a umbrella stroller, but I feel like the Sibby has all the benefits of both a lightweight umbrella stroller and a regular, more heavy duty one. It is light and easy to handle/breakdown, but also pretty sturdy and comfy. Tyler is super tiny (I've mentioned that a few times before, right? ;D), so a more cushy and comfy stroller is still a must for him. And this wins! The Ride-Along Board give Caleb a great option to hop on when he's inevitably sick of walking (or, more likely, I want to move a bit faster!). He actually loves it and thinks he's helping me push Tyler while he's riding (he's not, but you know, toddlers). 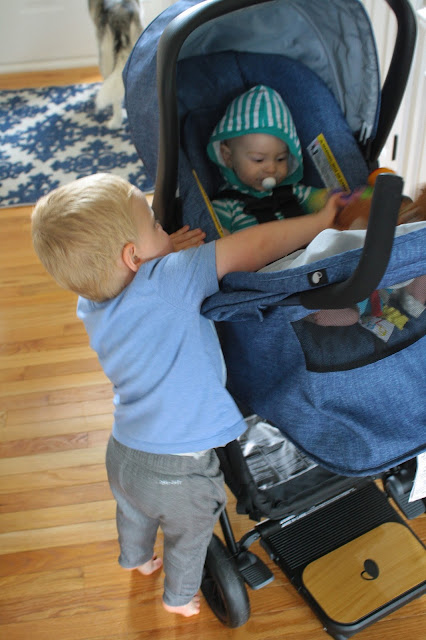 But full disclosure, our Sibby Travel System (available at Target) arrived smack dab in the middle of our move so it took me a week or so to unpack and try it out. We've been using it for rides around the neighborhood in the afternoon, but I've been waiting until a weekend when Justin could help me snap some photos. And then it stormed this entire past weekend! And during the one dry window, Caleb was being an absolute stinker and refused to show of how much he truly does love this ride along board! But trust me when I say he loves it. And I love that it easily clips up for when he doesn't want to hop on- then it's not in my way and the stroller can act as a single. 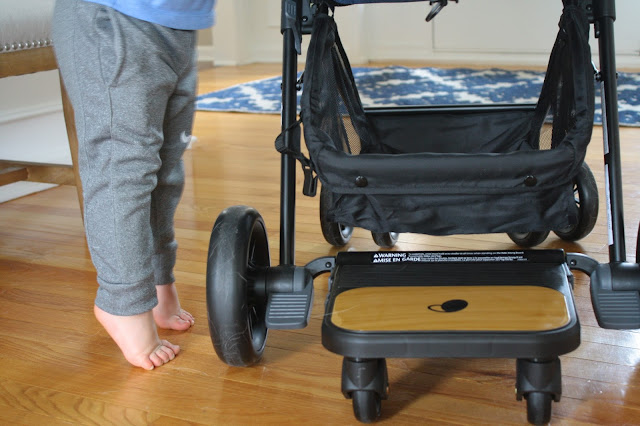 So, moral of the story. This Travel System is just right for the phase of two kids two and under. This car seat is amazing! Both boys can ride along in the stroller, but we're not stuck with a bulky double seat or ride-along board when Caleb wants to be independent- we can quickly clip up the Board and keep going!

Do you have a favorite stroller or travel system? What baby items are on your must-have's list?

Email ThisBlogThis!Share to TwitterShare to FacebookShare to Pinterest
Labels: Sponsored