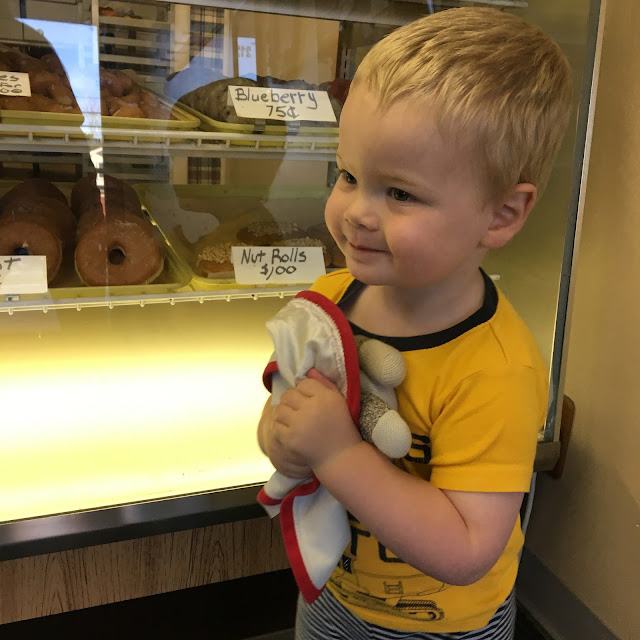 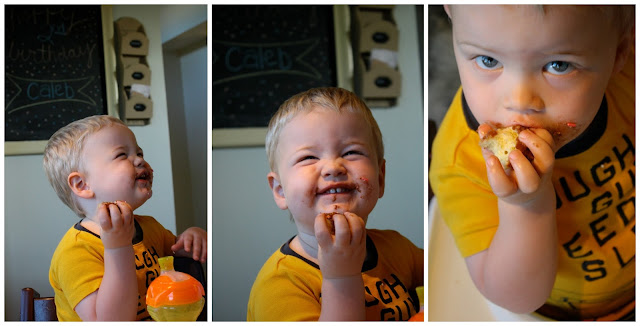 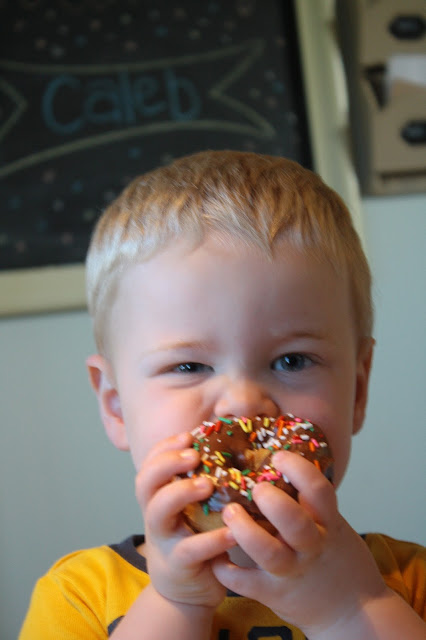 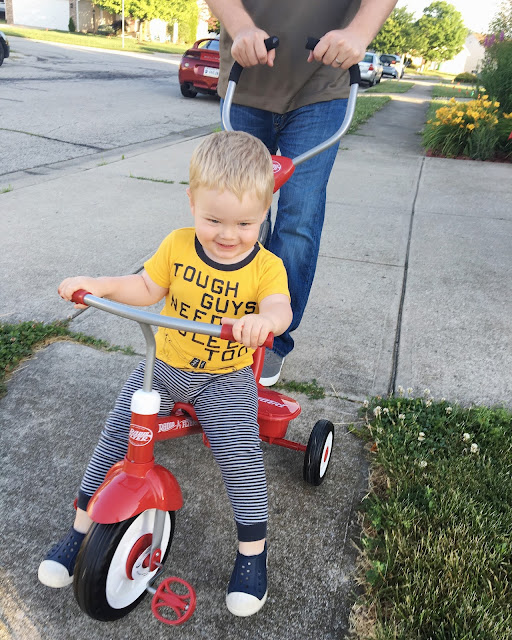 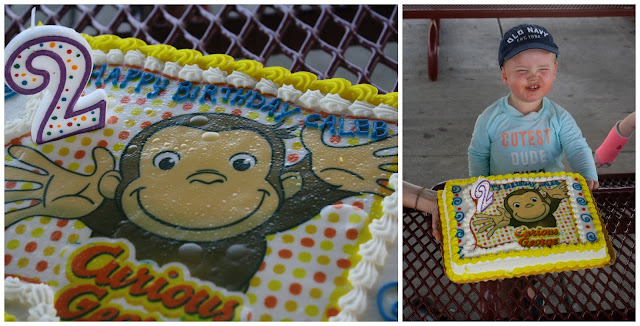 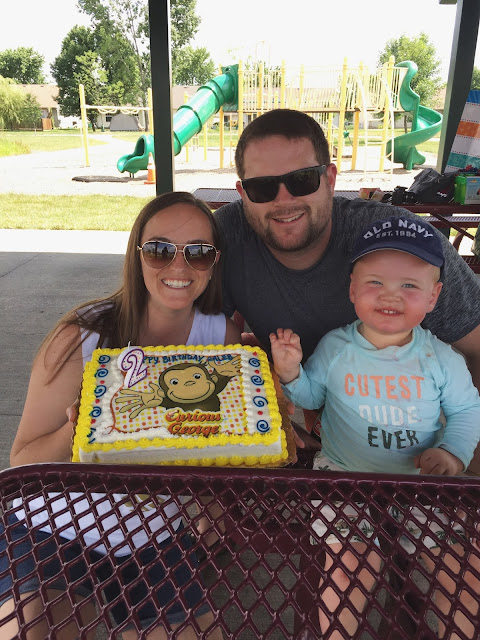 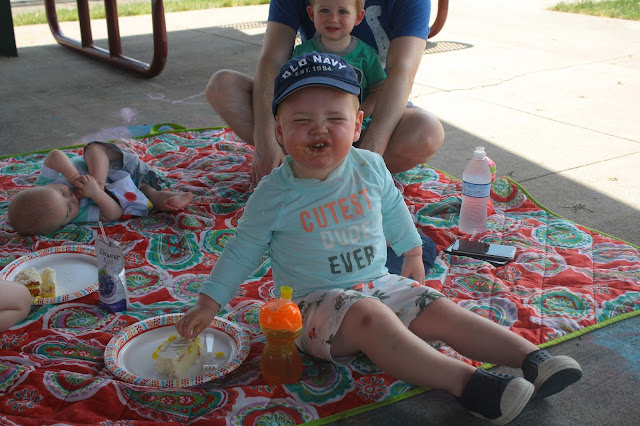 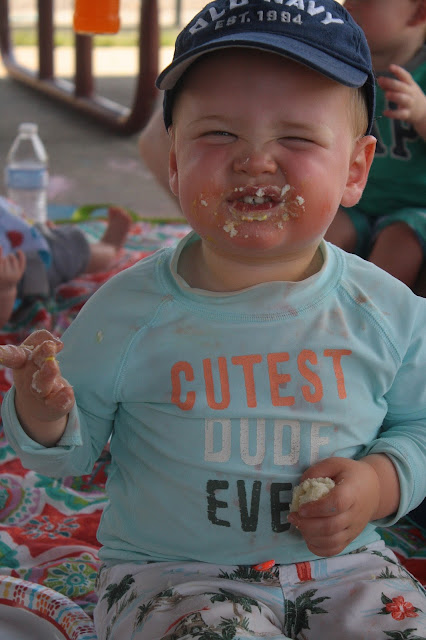 We celebrated Caleb's 2nd birthday last month and unintentionally kept the low-key park party tradition going. We skipped a real party at home, since we thought we'd be in the middle of a move (ha. the moving saga continues..) and we chose a park with a splash pad and playground close to our house to celebrate a week before his actual birthday.

It was super last minute and small and just right. My family and our closest friends from our small group came and spoiled Caleb. I literally did zero party prep outside of ordering his adorable $20 Curious George cake- we cut up a watermelon, had single serving bags of chips, and a cooler of drinks and called it a party!

And you know? It was perfect. Caleb didn't know the difference, I wasn't stressed, and the kids had a blast. I would have loved to make him a cake, but our kitchen was packed away and I'll have the chance to make other cakes in the future. Cute invites would have been nice, but we just didn't know far enough in advance what would be going on with the house/where we would be. A huge guest list is always fun, but a party on Father's Day means small and simple and just right.

On his actual birthday, I woke up with Caleb and took him to our local donut shop downtown. It's the cutest place that only takes cash and is open each day until they run out of donuts around 8/9am. Caleb LOVED picking out his downtown and a prize from the shop owner's birthday bin! After his donut, Justin took him outside to see his big present- a new bike! He took Caleb for a short ride around our house before heading to work and it was adorable. After that, I met up with some friends for our traditional Chick Fil A birthday lunch and then took Caleb to the waterpark for a bit after his nap.

Pinterest-y parties and birthdays and celebrations are awesome, but not the most important things. Seeing Caleb's excitement over his grocery store cake, riding his new bike with Justin, and playing in the play place with his best friends far outweigh any blog-worthy photos I would have snagged from a perfectly put together party! All that to say, I'm still really excited to have a fun party for him at our new house next year and to let him choose a theme and invite his favorite friends over. Gah. How is it possible that he'll be old enough to do that?!