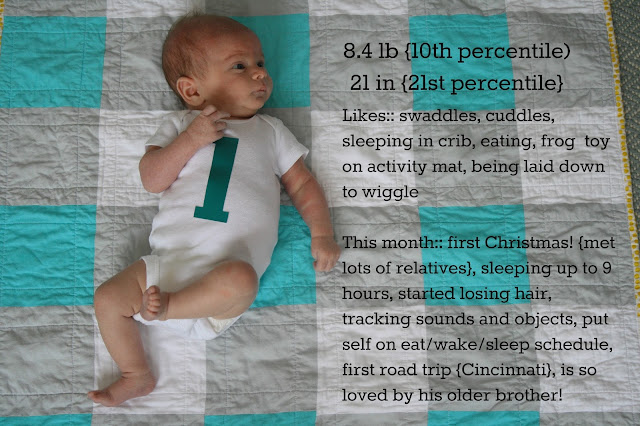 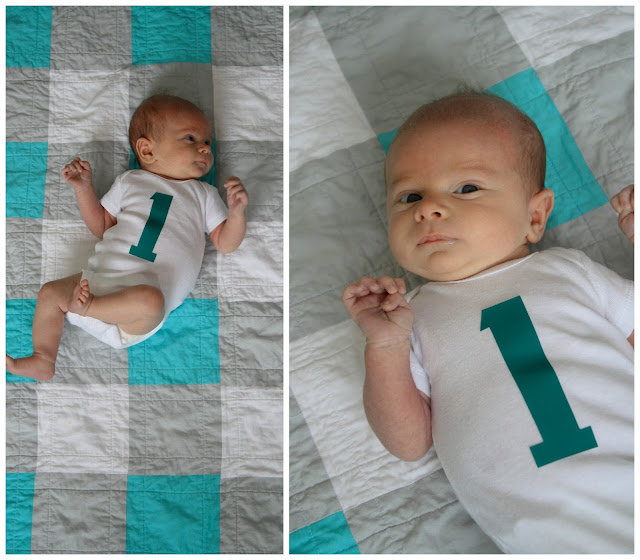 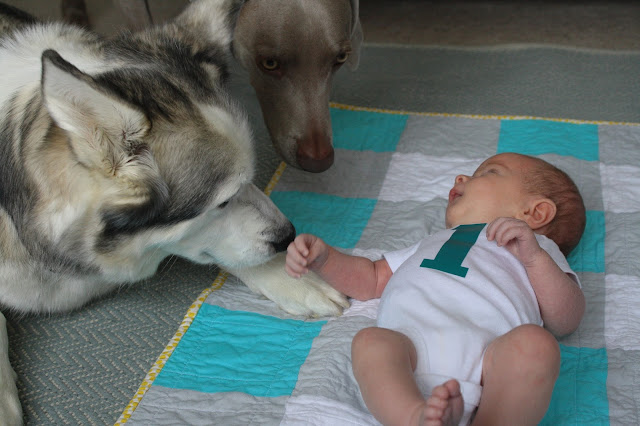 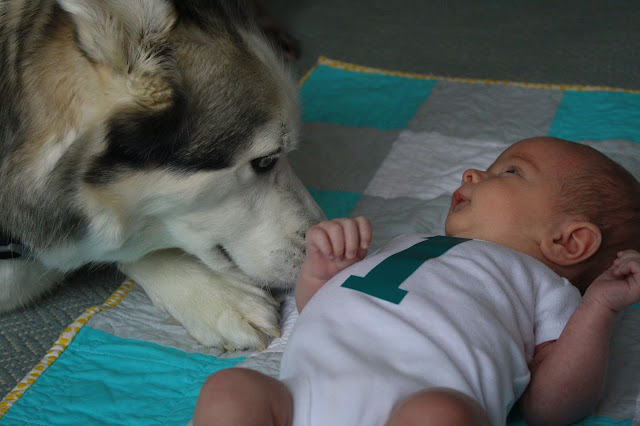 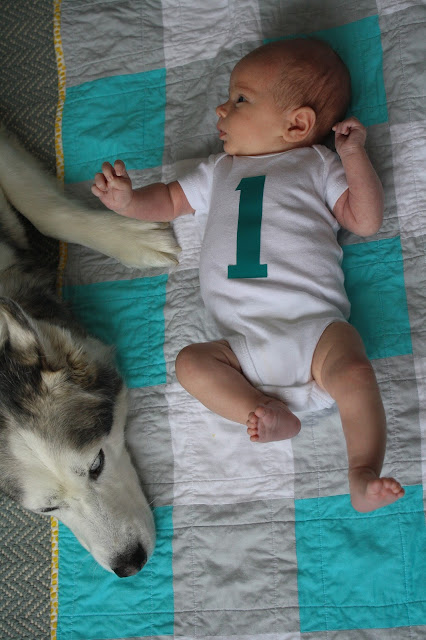 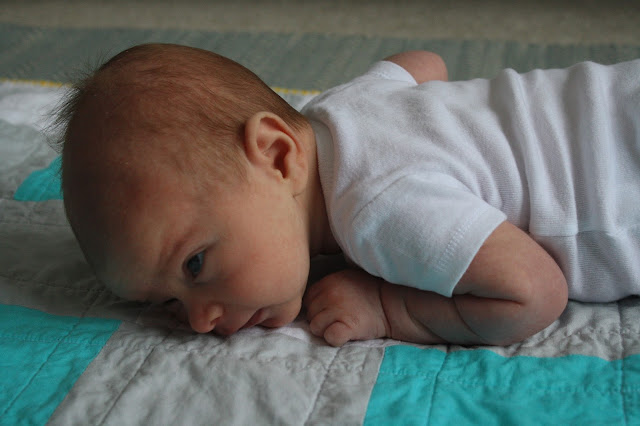 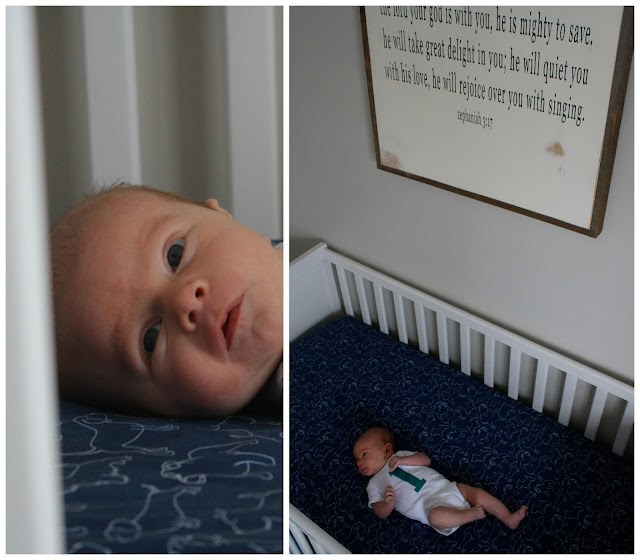 One month! These last few weeks have absolutely flown by and, at the same time, it feels like Tyler has been a part of our family forever. He is such a sweet baby. He has spoiled us by sleeping well at night from the very beginning- somehow my kiddos just know their days/nights. He had a growth spurt on Christmas Eve, but other than that he only wakes up for one nightly feeding. He is a little smarty pants and has already put himself on a great eat/wake/sleep schedule throughout the days- and naps perfectly in his crib! Which is great, since there is less time for newborn snuggles during the day {aka when the toddler is awake}.
It was such a fun month of introducing him to family, celebrating Christmas, and hibernating at home. Since Tyler is so little in the middle of flu/RSV season, we're being extra careful about getting him out and about too much these first few weeks. But we've hit the mostly safe mark and have lots of plans coming up to enter the real world again and I can't wait! Now, if I can just figure out how to use our double stroller...
The holidays also gave us such a good excuse to enjoy Justin being home and having lots of get togethers and lazy days. We had so much fun and it gave us a chance to really soak up Tyler's first few weeks. But now that the holidays are behind us, its also been really nice to settle into a regular routine. Most days I spend a bit of Caleb's nap just cuddling with Tyler and Justin gets in some snuggles after Caleb's in bed at night. During the day, I often find myself nursing Tyler while reading a book to Caleb or playing with blocks on the floor. We don't have nearly as much time together to just take these newborn days slow, so I'm extra intentional to soak up the snuggles and free moments with Tyler when they do happen. In true younger sibling fashion, he isn't fazed by Caleb's craziness and just goes with the flow. He seems to be growing and changing so fast, but I know its really just that my days are so much more full this time around and my time is split.
I'm so looking forward to getting out more with the boys this month and seeing Tyler's smiles for the first time {he's so close!} and watching Caleb love on him. Its ridiculously cheesy, but my heart sort of swells when I see the boys together. Caleb loves him intensely- kissing him a dozen times a day and begging to hold him over and over. He calls him "Ty" {we're still working on two syllable words..} and keeps tabs on where he is at all times. Gah. So, so sweet. 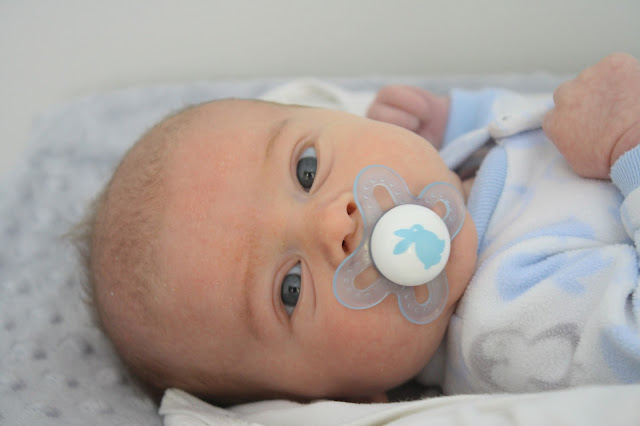 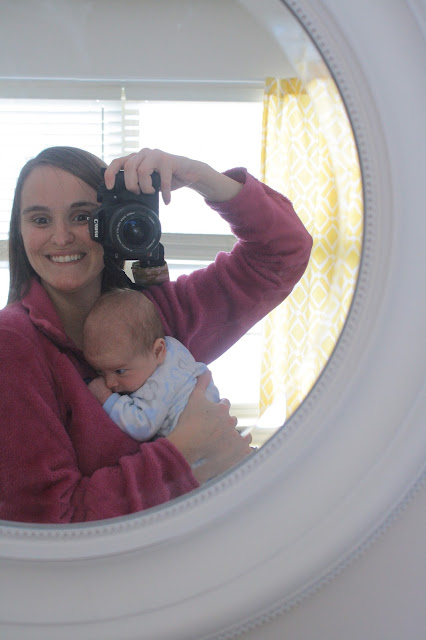 Yay!!! So glad Tyler is sleeping for you! My youngest did not get that memo till 7 ish months. You are doing great mama! It gets easier everyday.

Okay, I think he's starting to look more and more like Caleb as a baby...what do you think? I bet you have another blonde mini-Justin :)