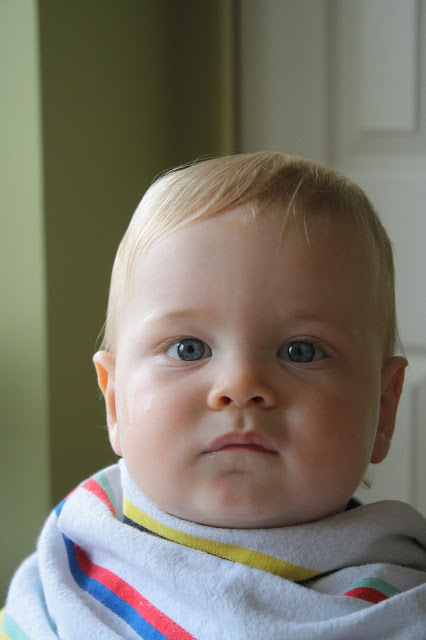 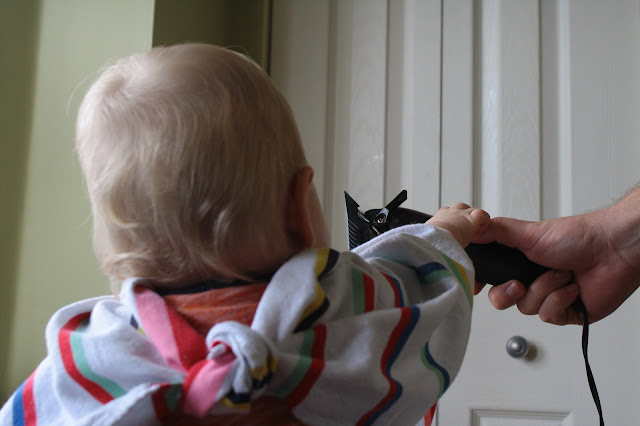 Before! Look how mullet-y it was!! 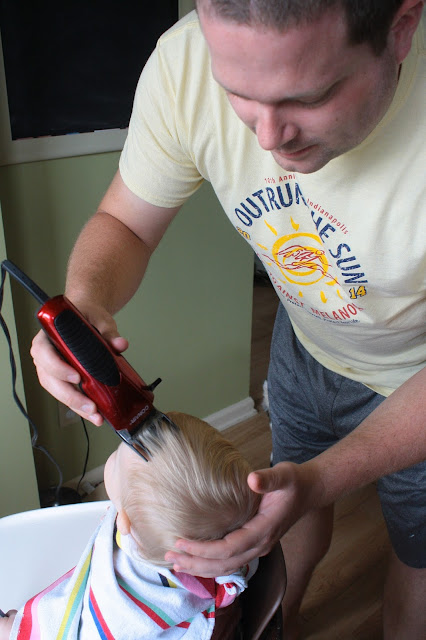 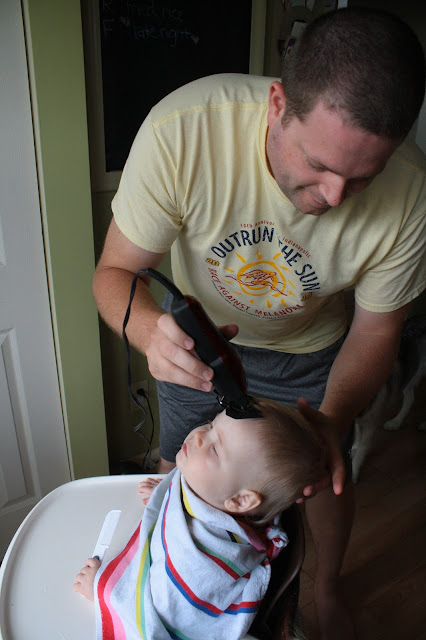 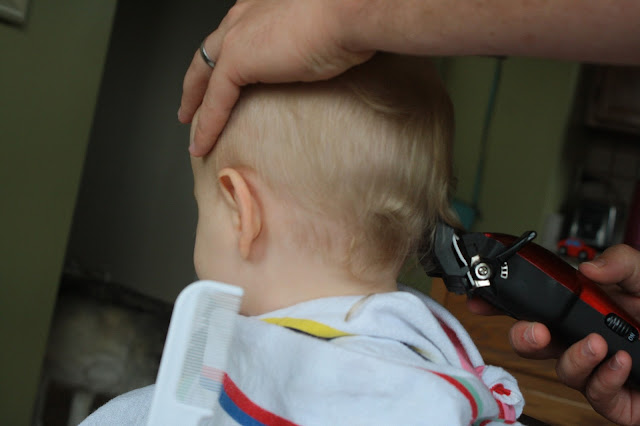 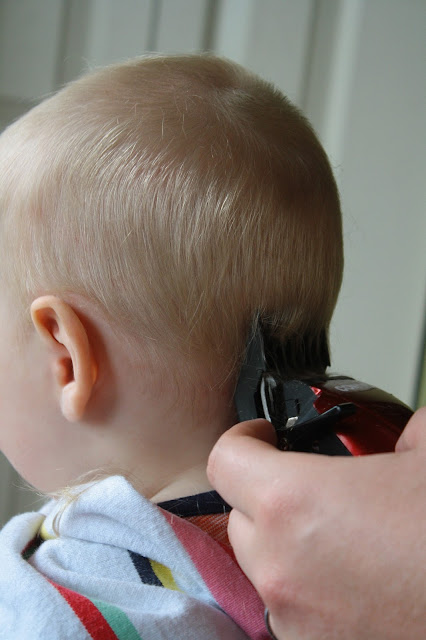 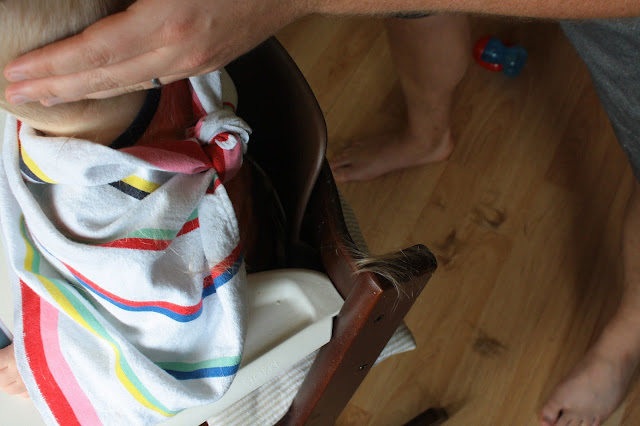 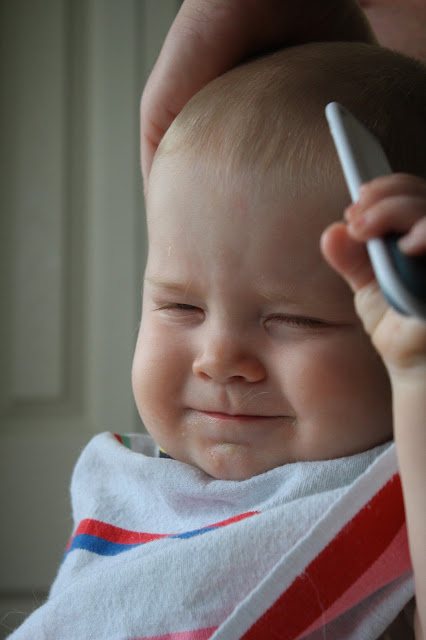 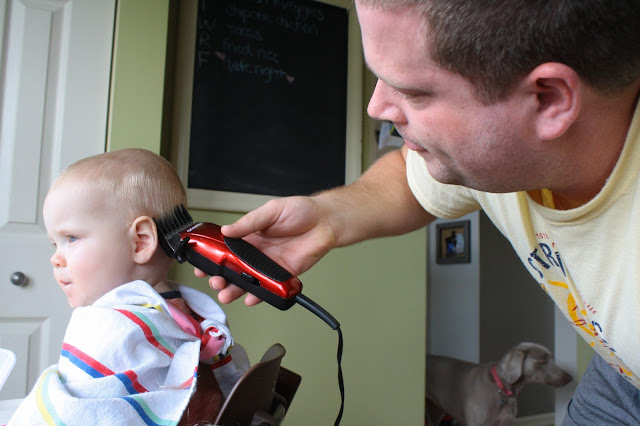 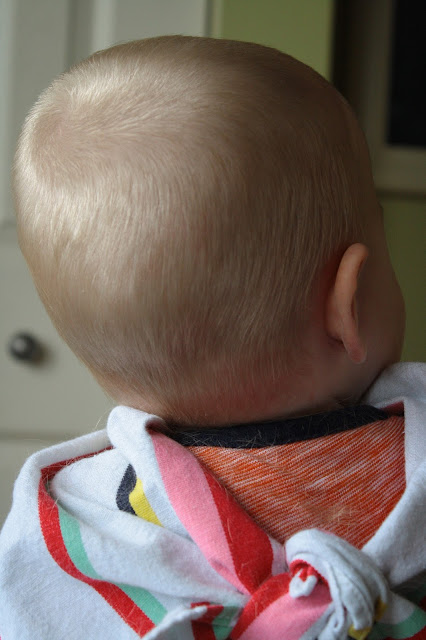 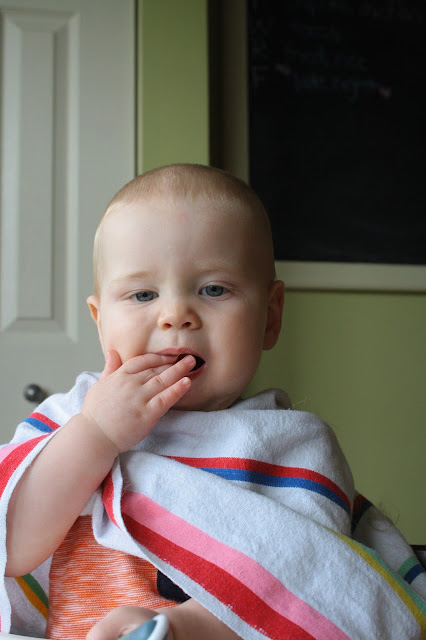 
So I'm super behind on summer posts. Here's your forewarning that there will be lots of random summer recaps over the next few weeks!
Let's start with Caleb's first haircut, mkay? It was so precious/hilarious that I can't even handle it. Caleb never lost any hair as a baby, so the little blonde hairs he was born with had gotten really long over the last year. I had been wanting to trim it for a few months, but Justin all the sudden became weirdly attached to Caleb's hair. {I don't get sentimental about these types of things} Looking back, it wasn't that long, but seriously, I was getting daily comments about his mullet/rat tail. Not okay or cute!
So one random Sunday in June, Justin just offered to cut Caleb's hair out of the blue. Let me preface this: I know zero about cutting hair, but Justin cuts his own. So I blindly trusted him...and it turns out he wanted a 5 blade {??} but could only find a 3 {!!} which is MUCH shorter than a 5. Resulting in our one year old having a buzz cut. Hilarious. Precious. Not to be repeated...
It's grown back so quickly and differently! He's still a complete blonde, but all that soft and fine baby hair is gone. It looks like he's going to have Justin's texture {thick and coarse} and my straight strands. Perfect mix! Now if I can just convince Justin that the buzz cut was a one time thing and we only need trims from here on out, we'll all be on the same page.