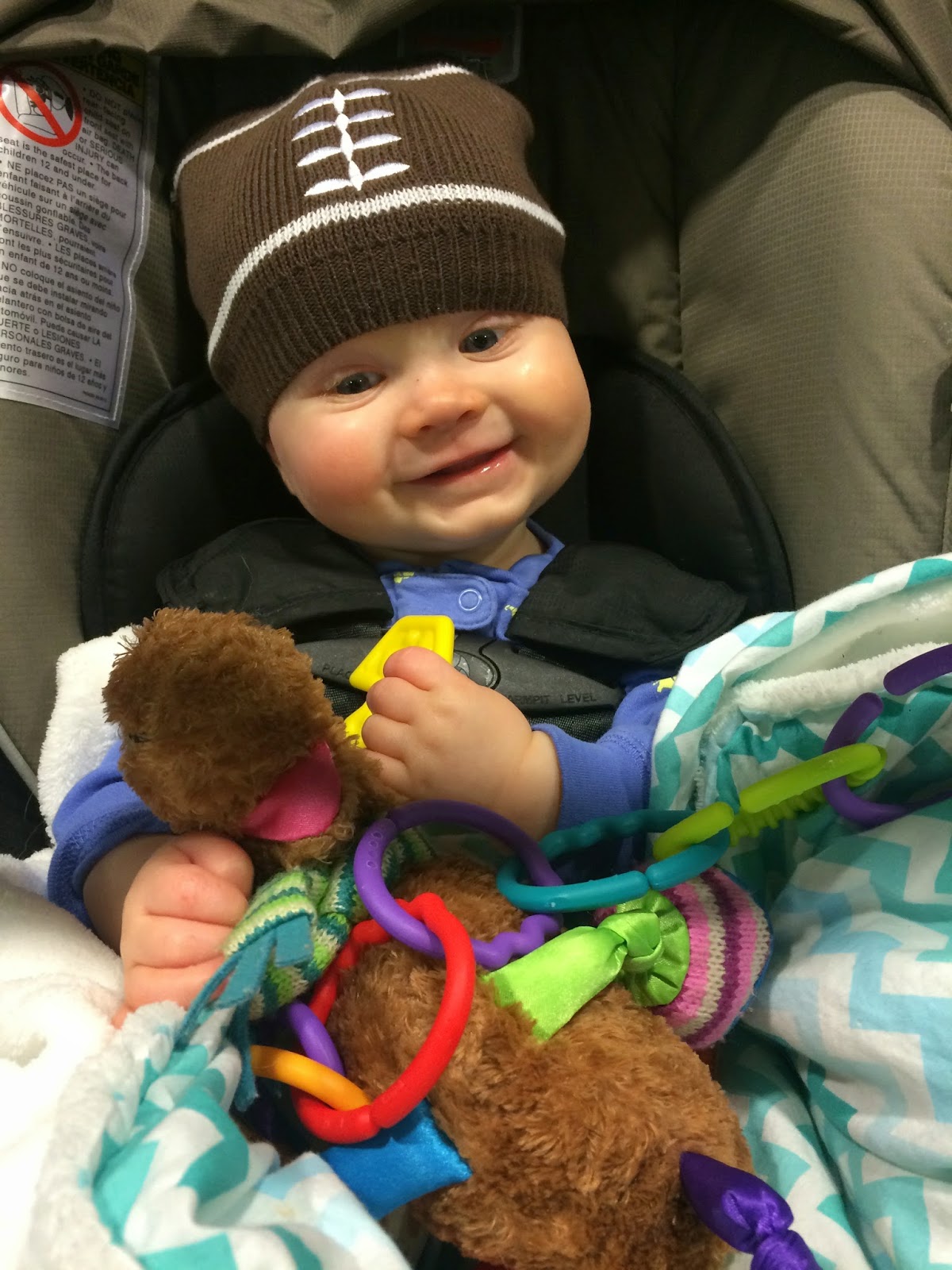 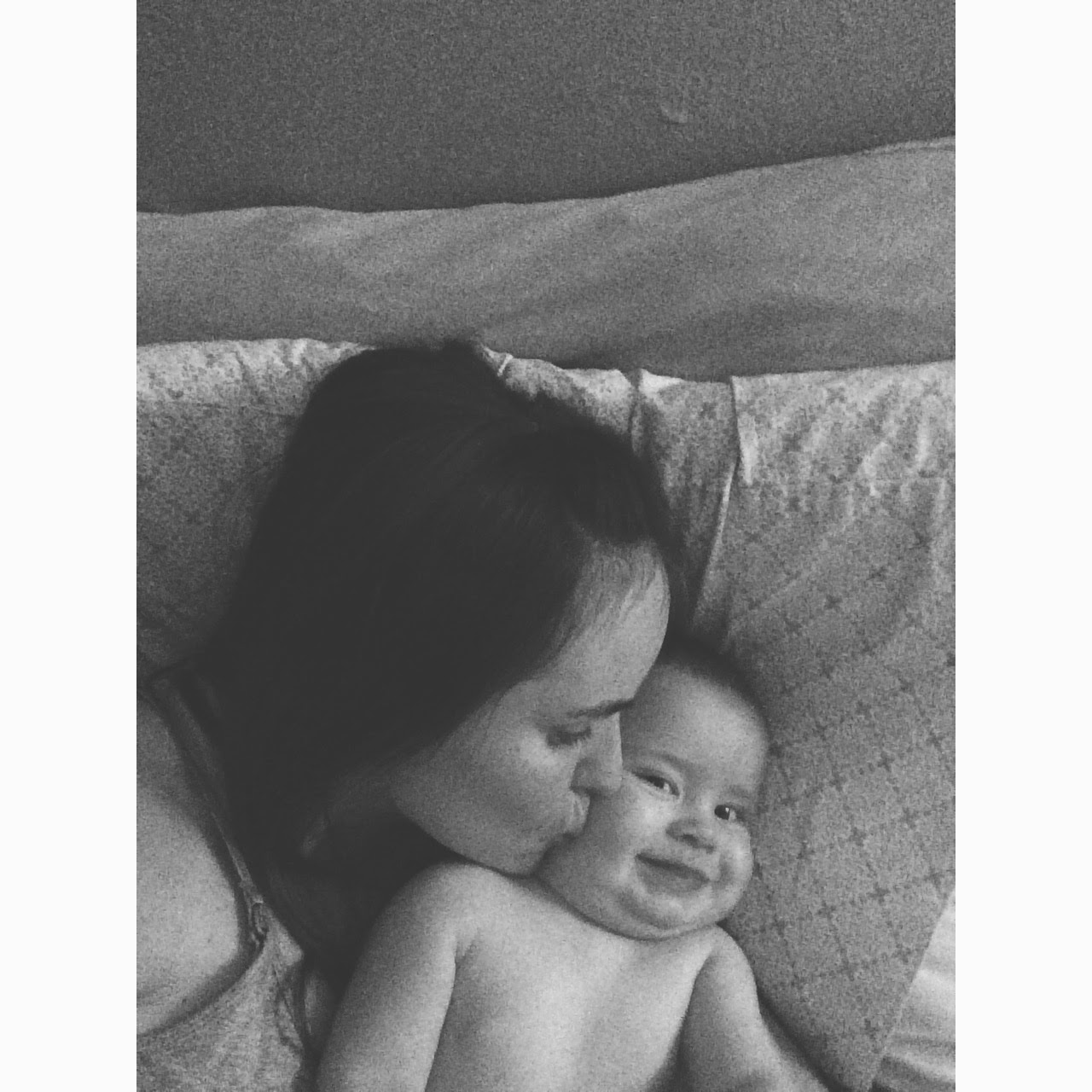 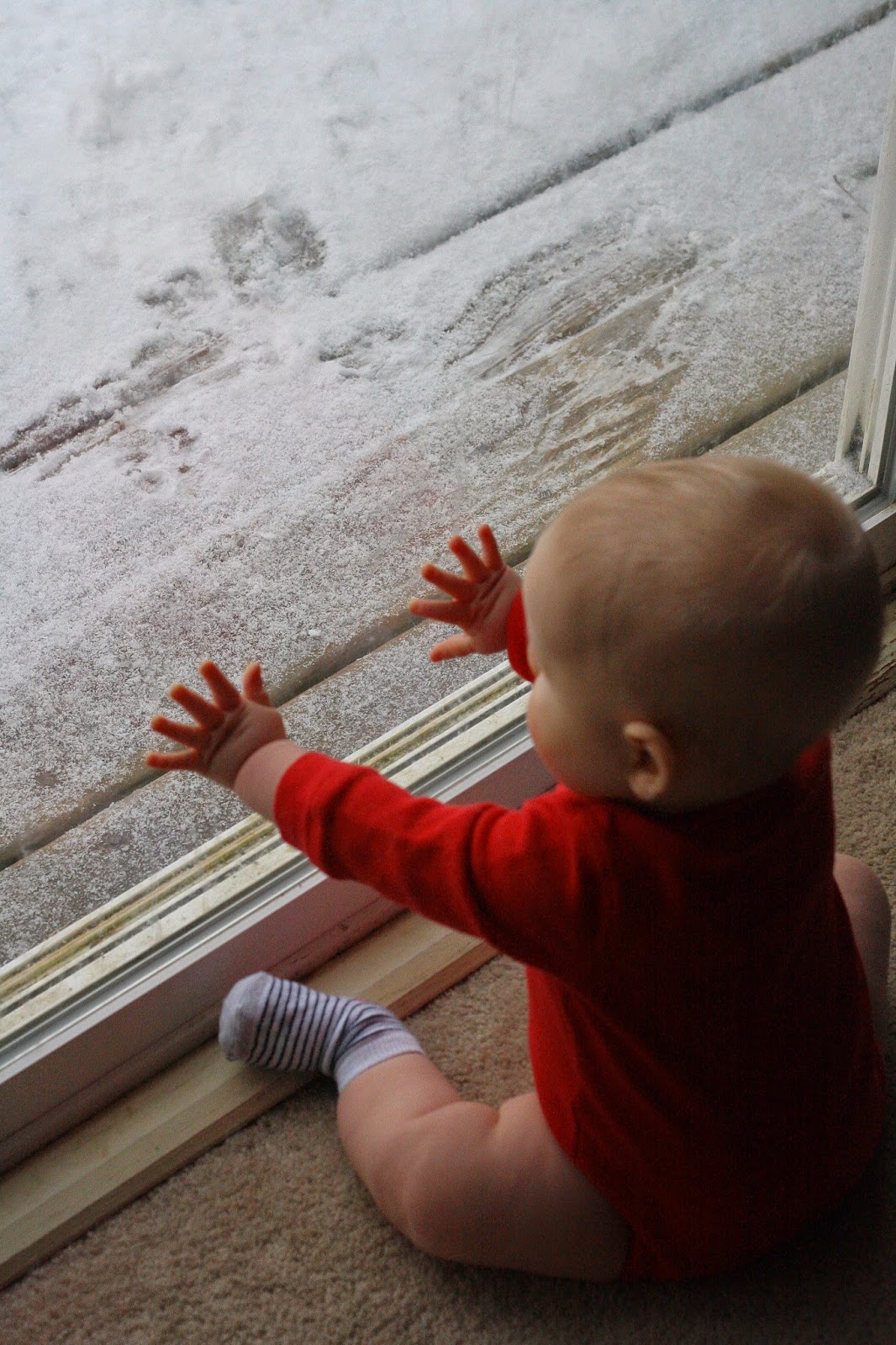 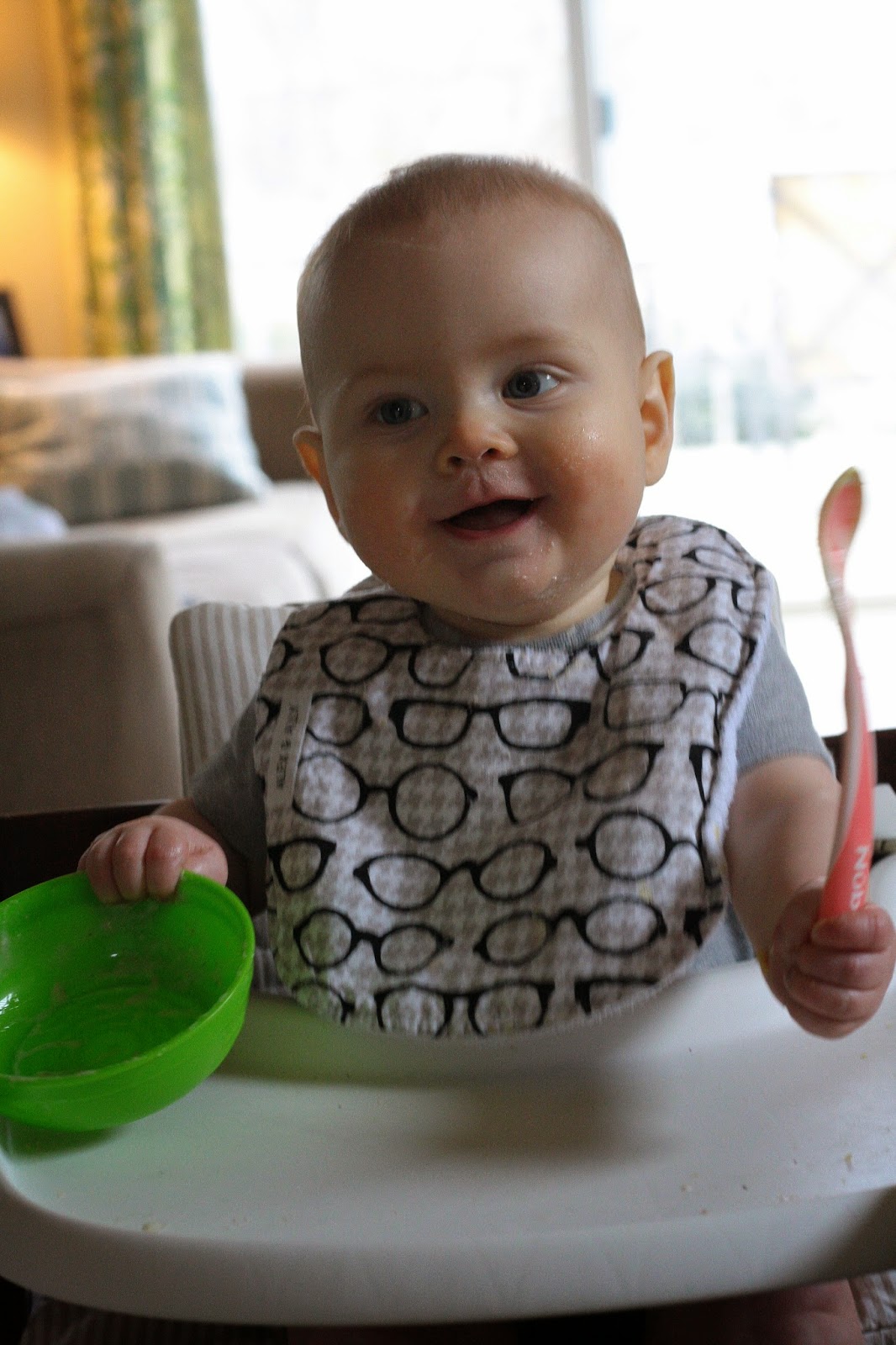 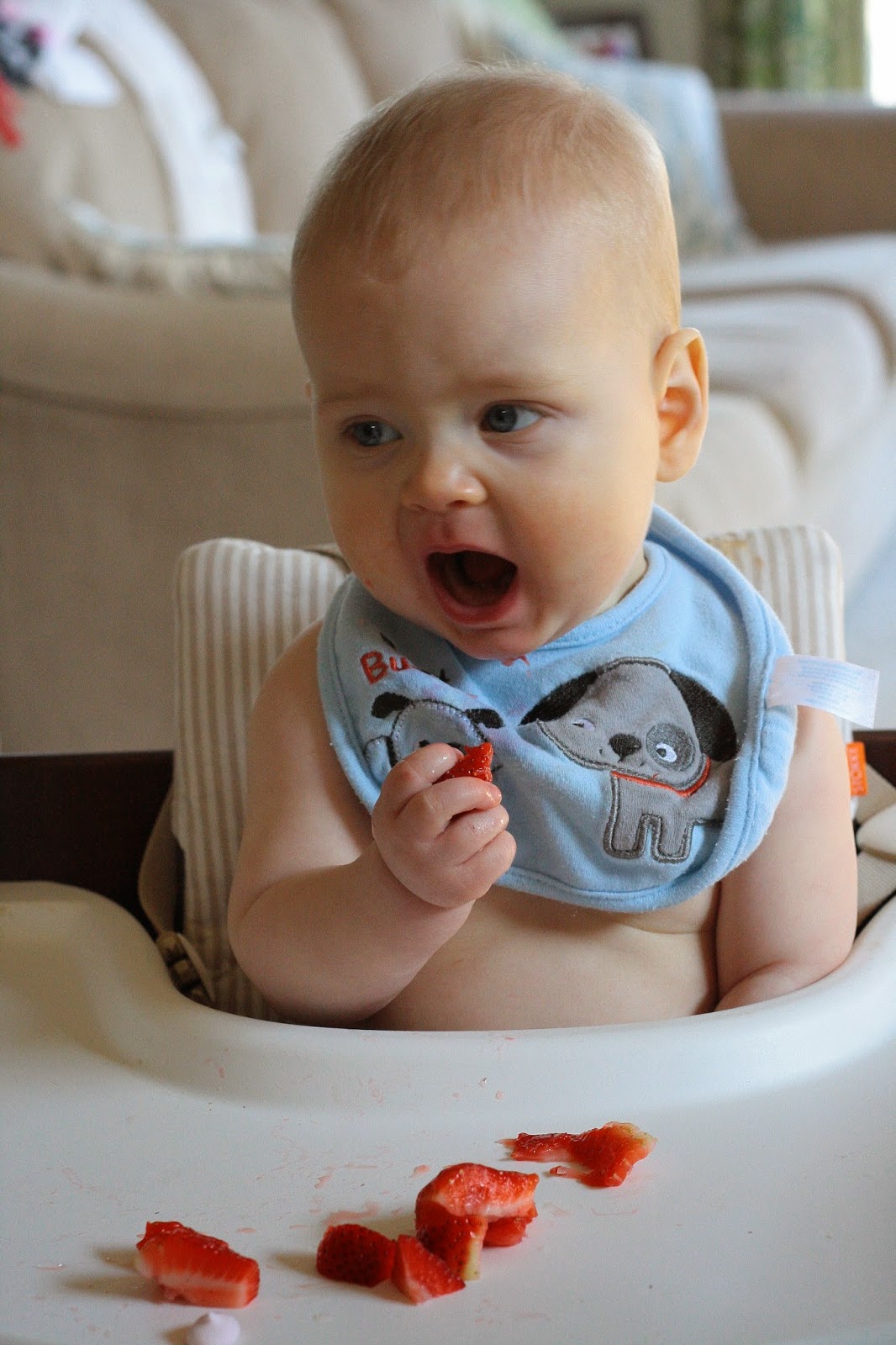 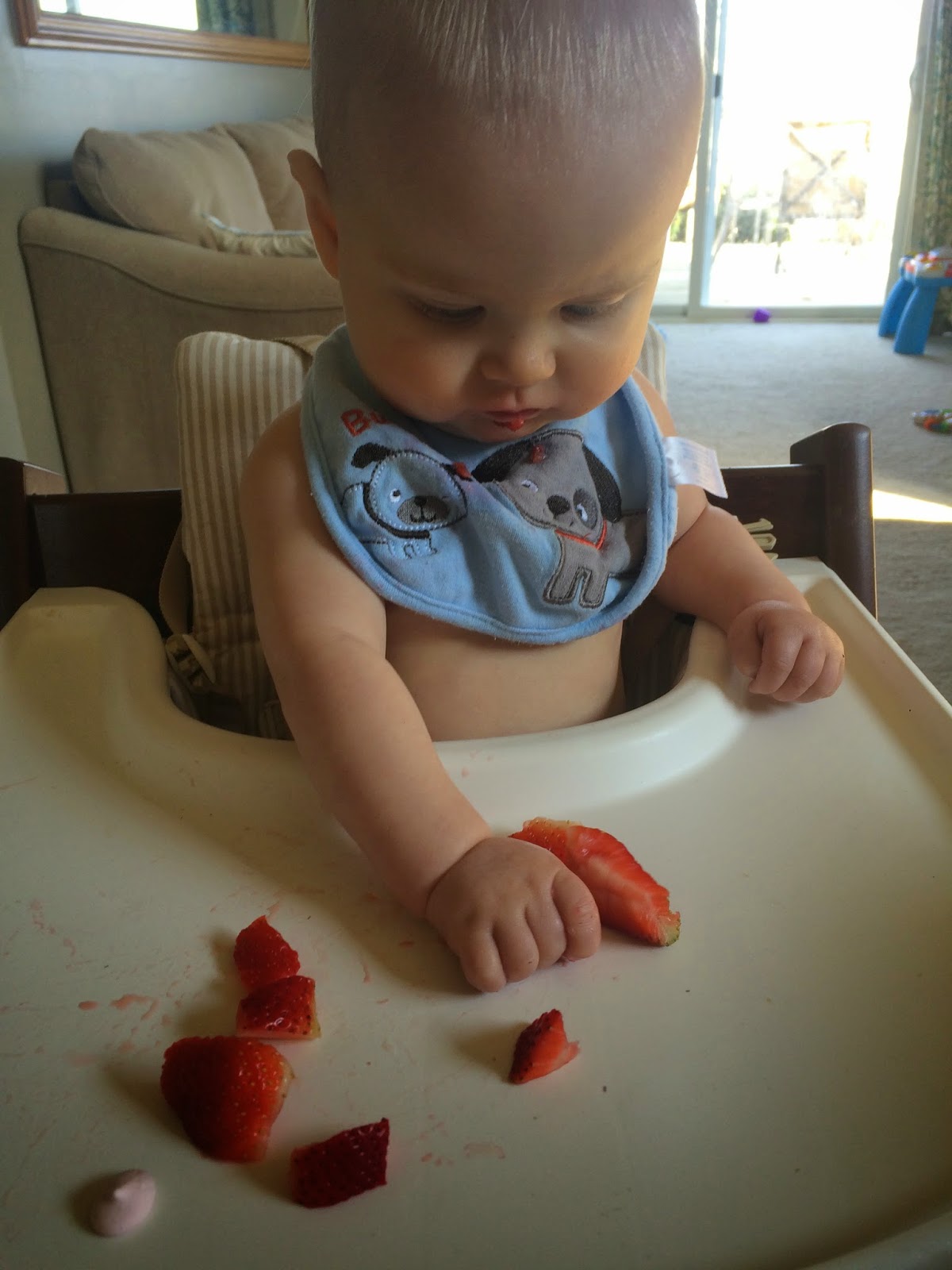 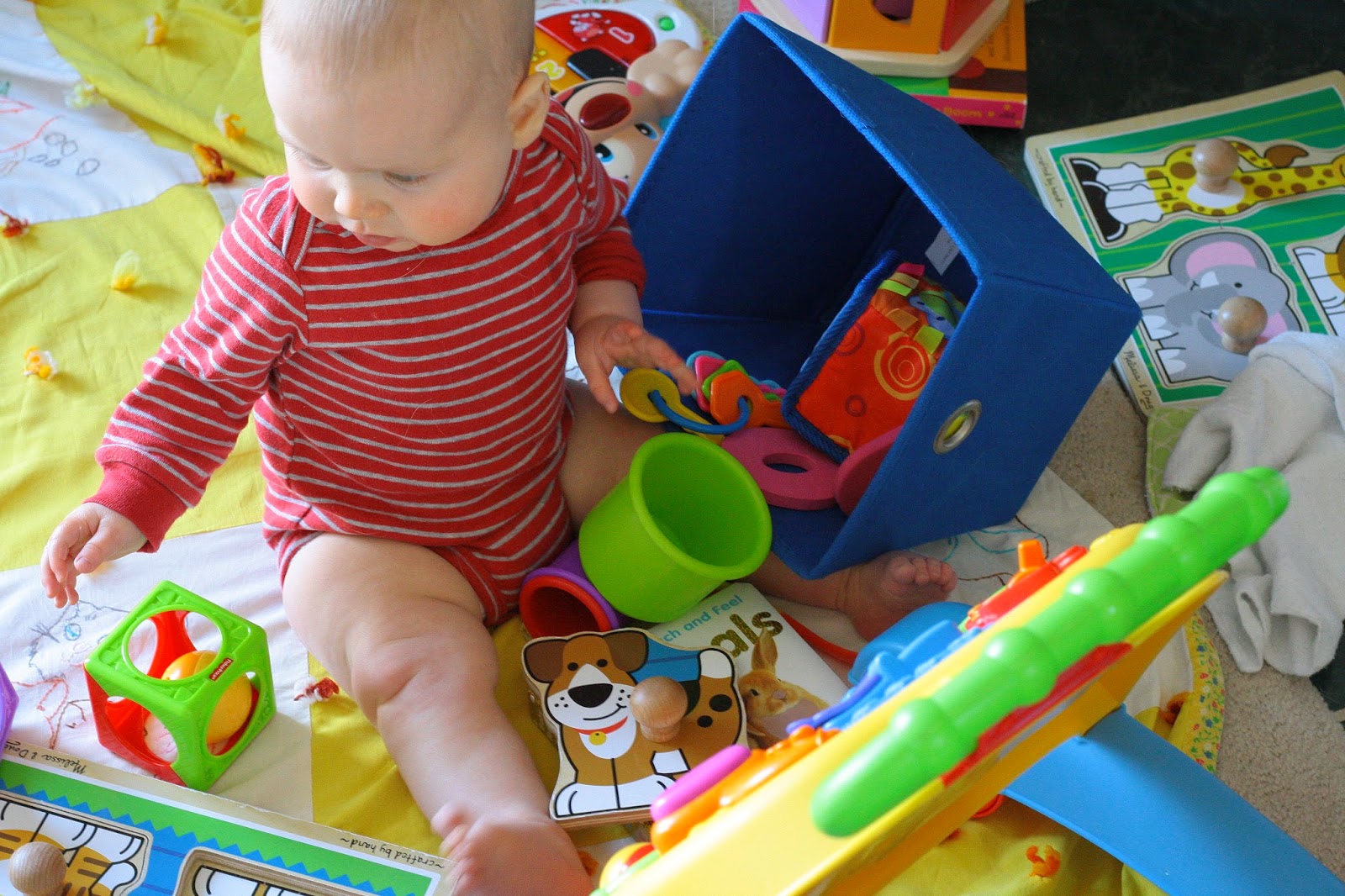 Justin and I went out for a date last night and didn't get home until around 8:30. After feeding Caleb, he was wide awake and in the funniest mood. Lots of jabbering and climbing all over us. He's such a curious little guy these days, always diving and reaching for things. I've started saying 'no' when he pulls my hair or wants to grab Murphy's paws, and he always turns around to look at me before he stops.
Caleb is a HUGE fan of eating {milk and solids}, so I've been giving him more things to practice feeding himself. We tried strawberries the other day and he loved them! His love for food is kind of out of control and hilarious- we haven't found a food he dislikes and he never wants a meal to end. He squawks/grunts/cries between most bites and can eat so much at each meal. Depending on the day and our schedule, he eats anywhere between 2-3 meals {in addition to nursing 4x}! And trust me, he'd eat more if he could.
We also have some progress on the swaddle front! You guys. My nearly 8 month old child PASSIONATELY LOVES to be swaddled. But we've successfully stopped swaddling him at night a few weeks ago, and it actually went off without a hitch. But we realized he loves to have something to snuggle with, so he sleeps with his monkey. It is so precious. We love peeking in on him- he snuggles his monkey and sucks his thumb all night long. Gah. I can't. He's also mostly ditched his pacifier, since he can suck his thumb now. Now there's just to tackle the issue of swaddling during nap time...