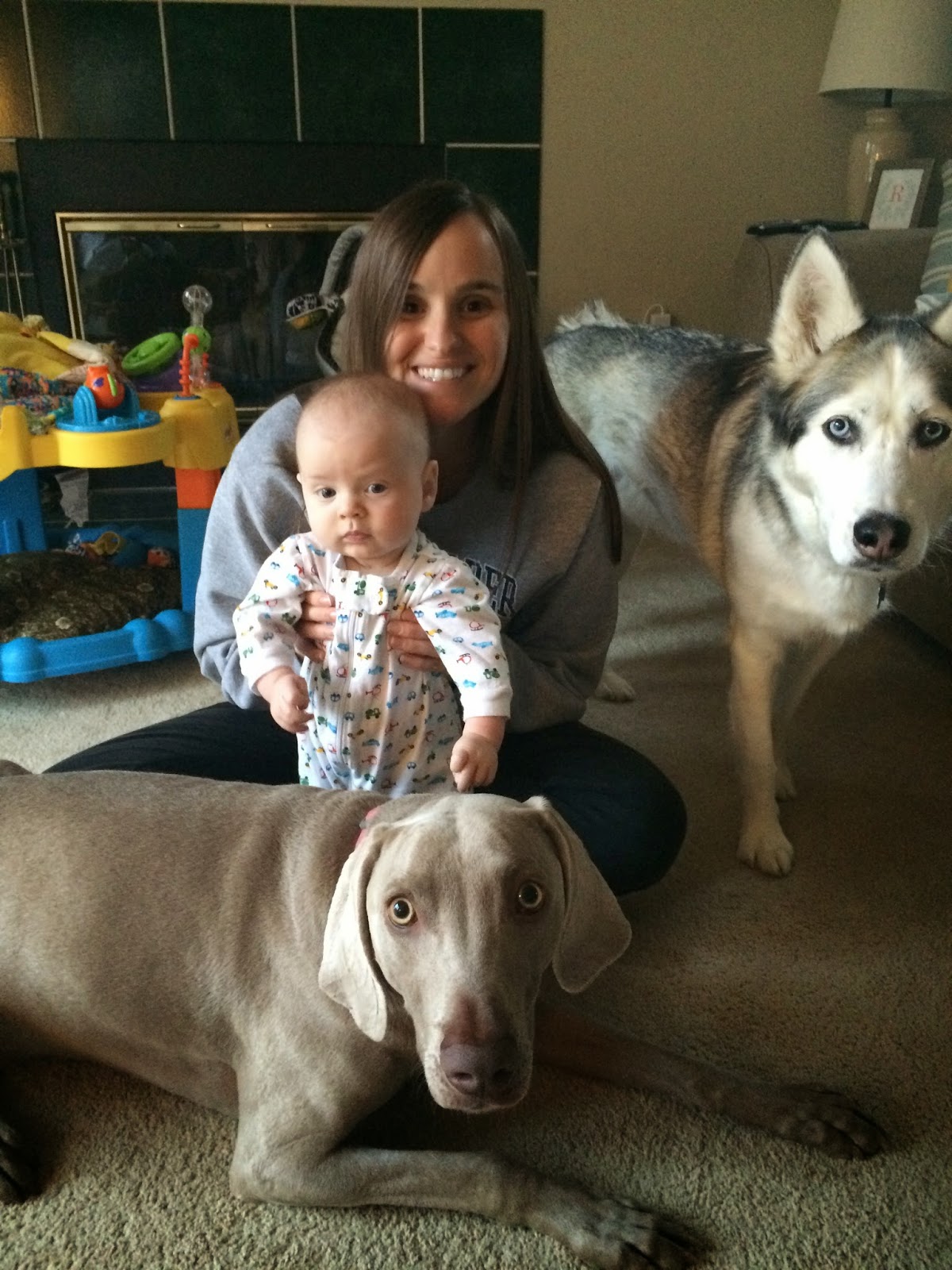 Only one picture this week. Because, come on. How cute is that? Two dogs and a baby? Stop it. That's my jam right there.
And we took that photo after our weekend in Michigan. Here's where I feel like I should give Caleb some major credit. He road tripped like a champ {4 hrs each way and his first trip!} and put up with poor hotel naps and being held alllll weekend. To top it off, he's gotten back into the swing of his routine so easily this week. That makes everyone in our house happy.
We were out and about yesterday and I popped into Starbucks because I had to buy a drink before today to keep my gold status {the important things in life, of course}. The lady in line behind me kept commenting on how observant and calm Caleb was. Now that he's almost 4 months old, I feel like we can say that is just his personality? He is a super happy baby, but also just a really content one. I'm not sure how long that will last, but for now he is most content to sit on the couch and watch his dogs wrestle or look around the room and find whoever is talking. He does love his exersaucer and wiggling on his mat, but mostly he just loves to watch. He's also started to giggle every so often, and it's pretty much the most adorable thing ever. Most of the giggles are when he first wakes up for the day and in the afternoon when I'm talking in an embarrassingly high pitched voice to him over and over. The things we do for our kids. Am I right?

Totally unrelated, but I have seen your pregnancy announcement twice on Facebook today. One of them led to a post here (which was posted on the Bay Area Perks facebook page): http://www.howtobeadad.com/2014/23746/doing-pregnancy-announcements-the-right-way

Here is the other one I saw (you guys were the pic on the SlipTalk ad for the article on Facebook.