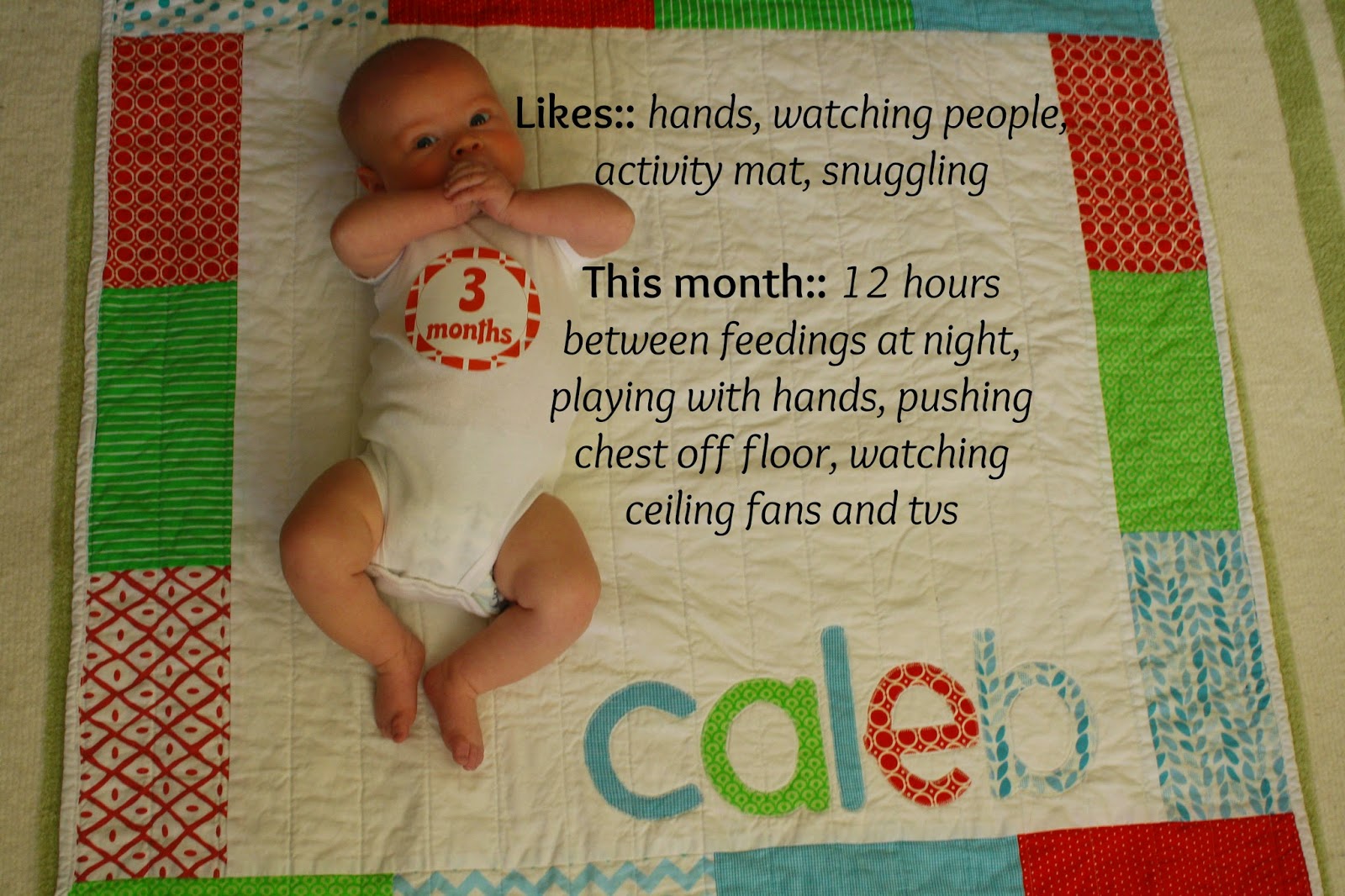 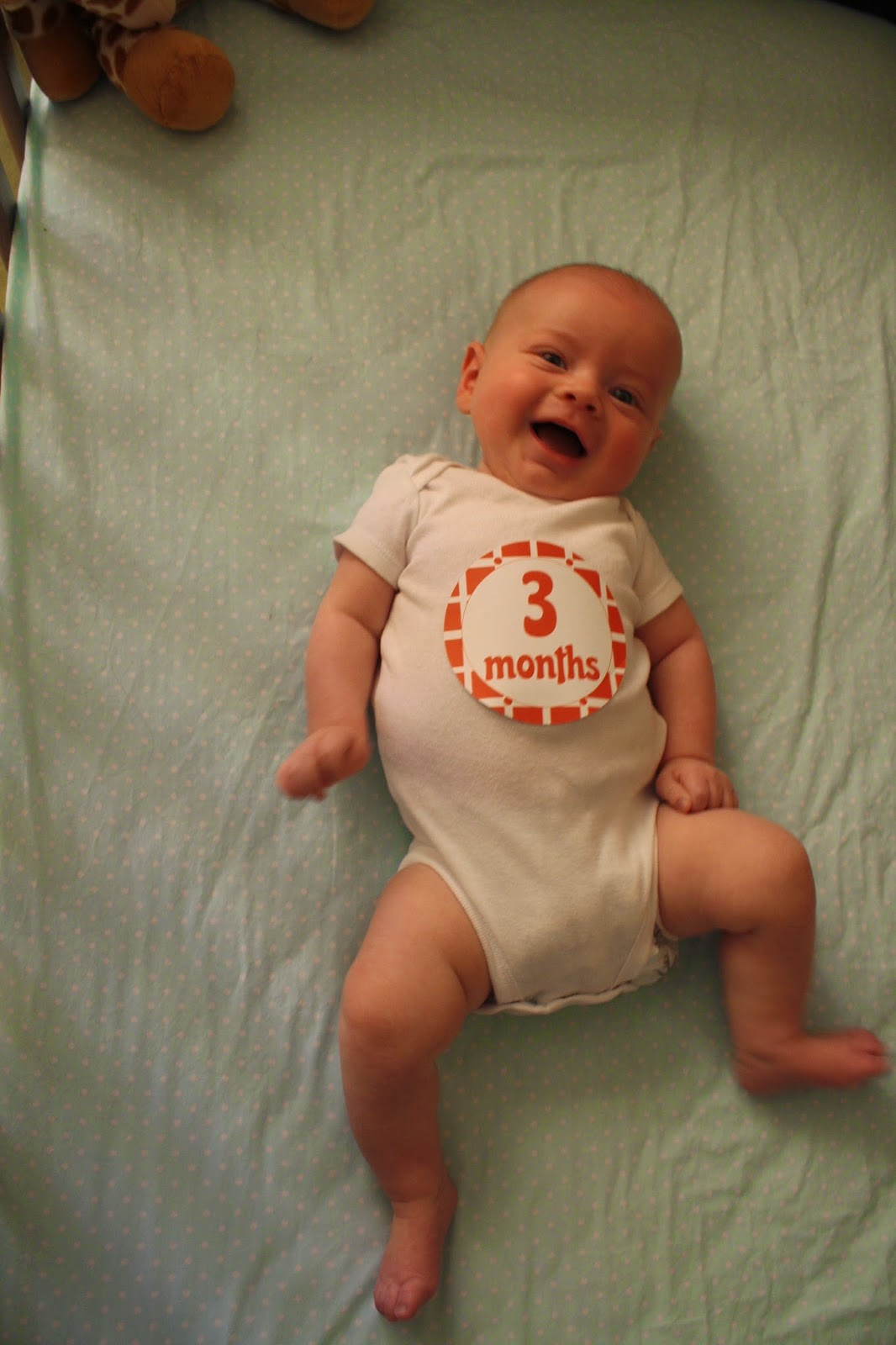 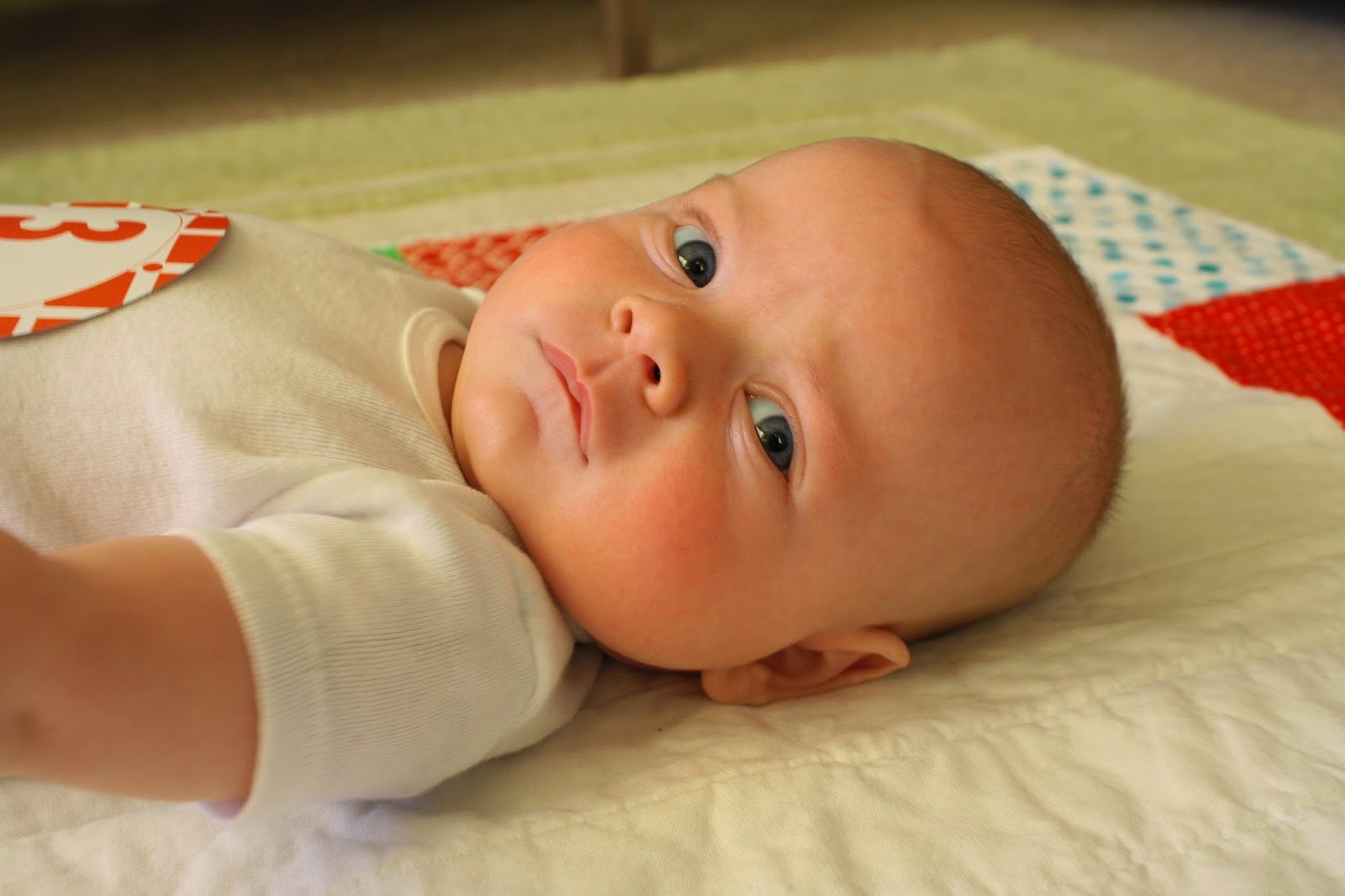 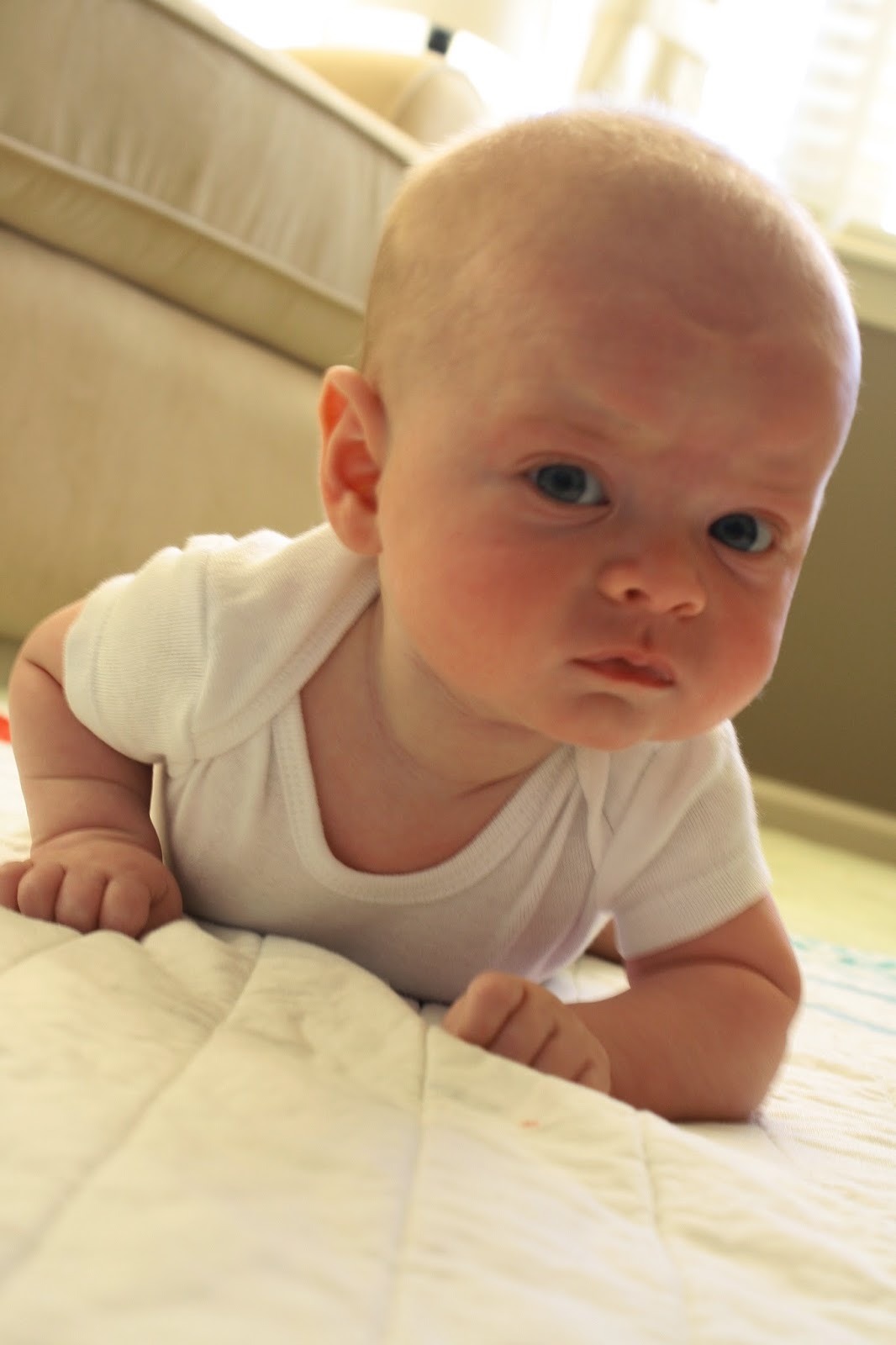 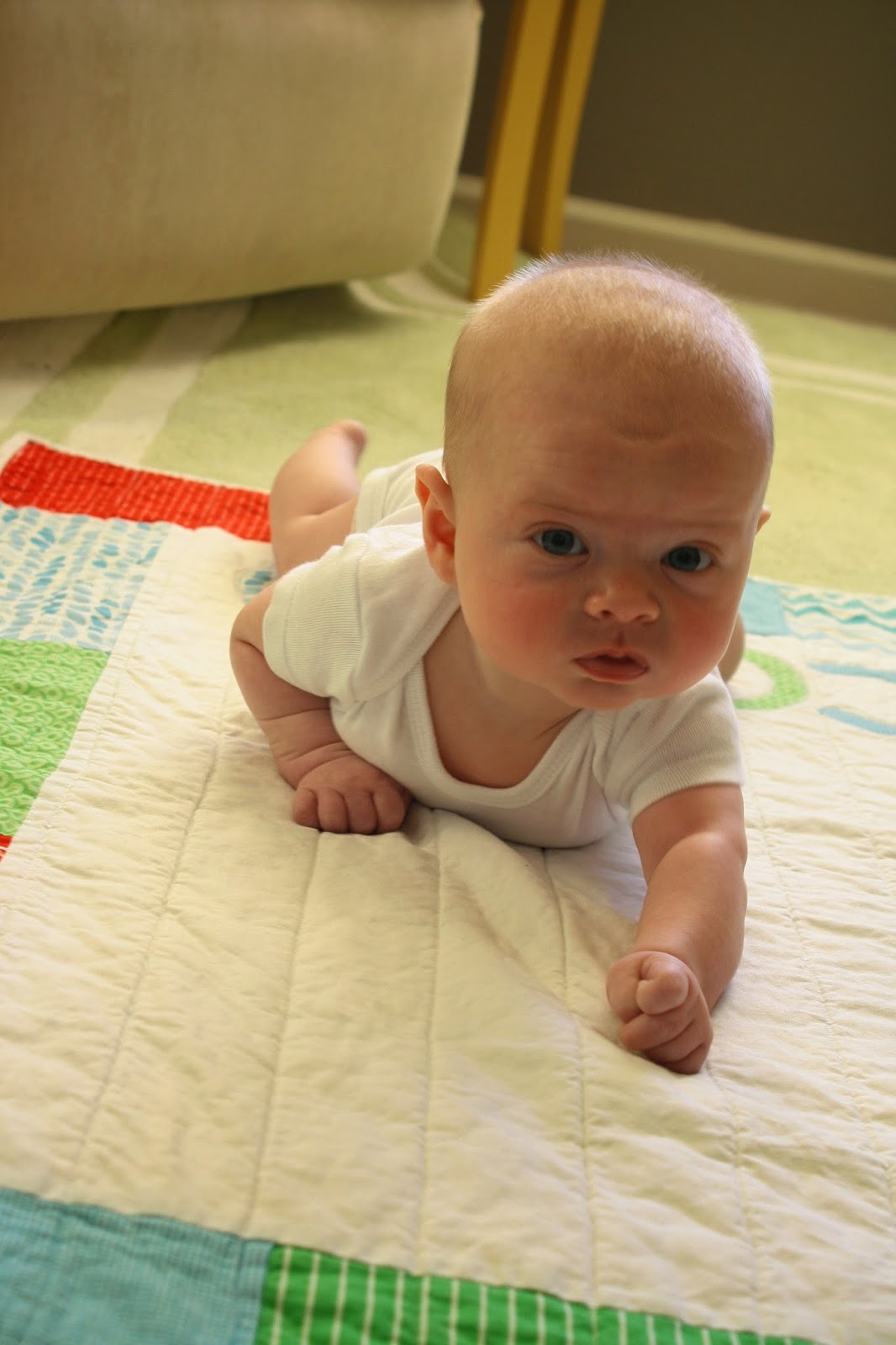 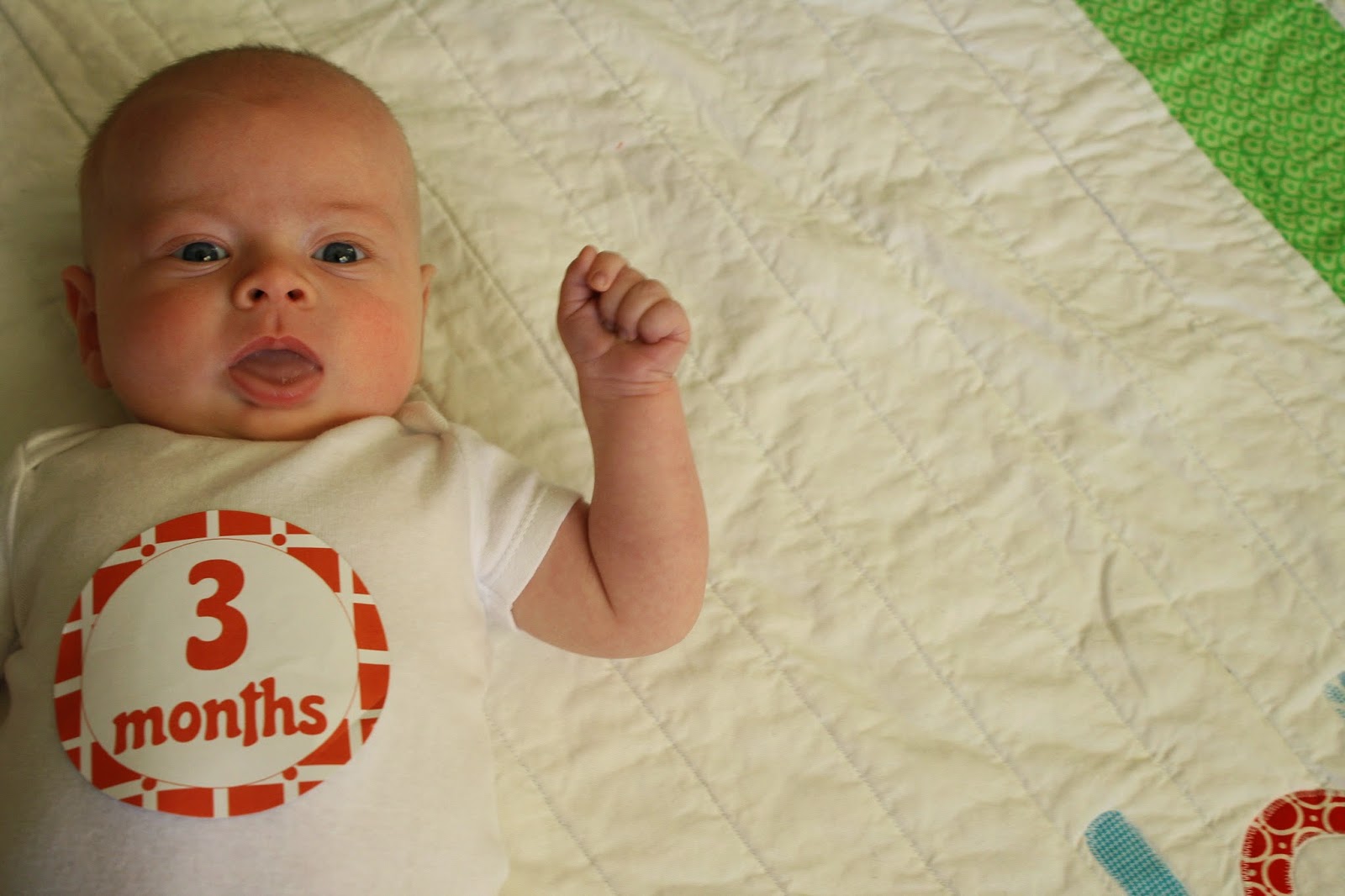 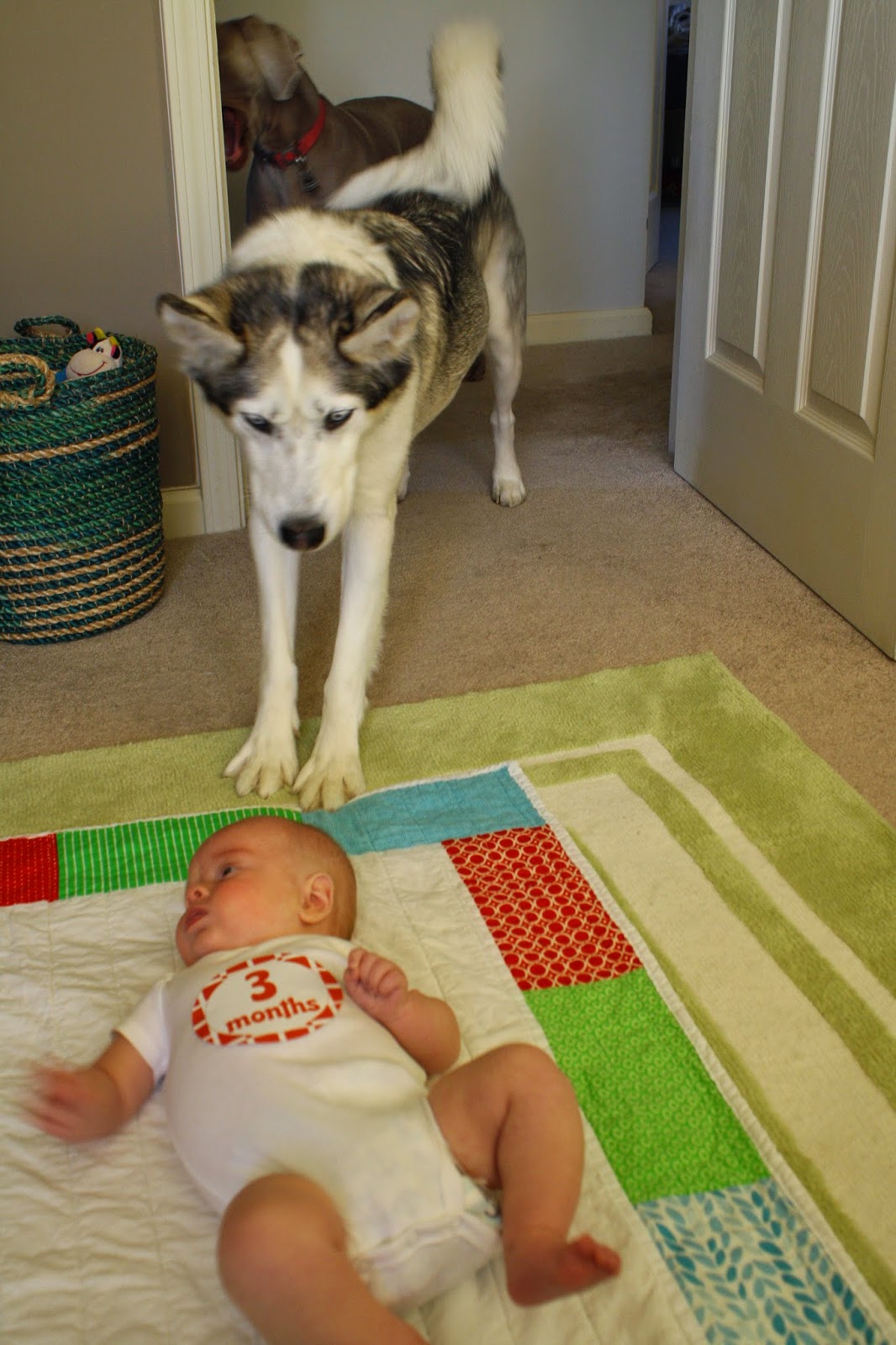 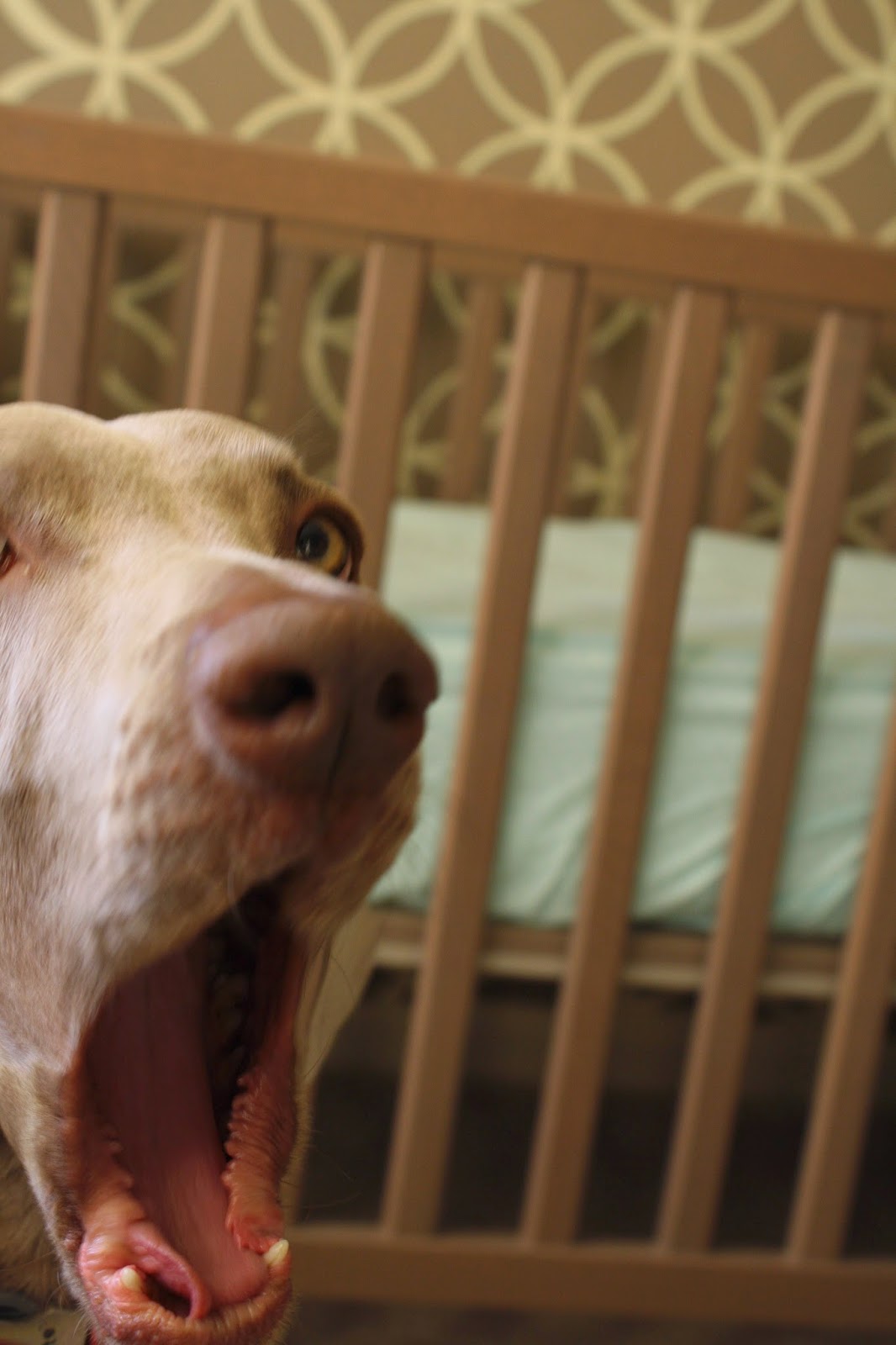 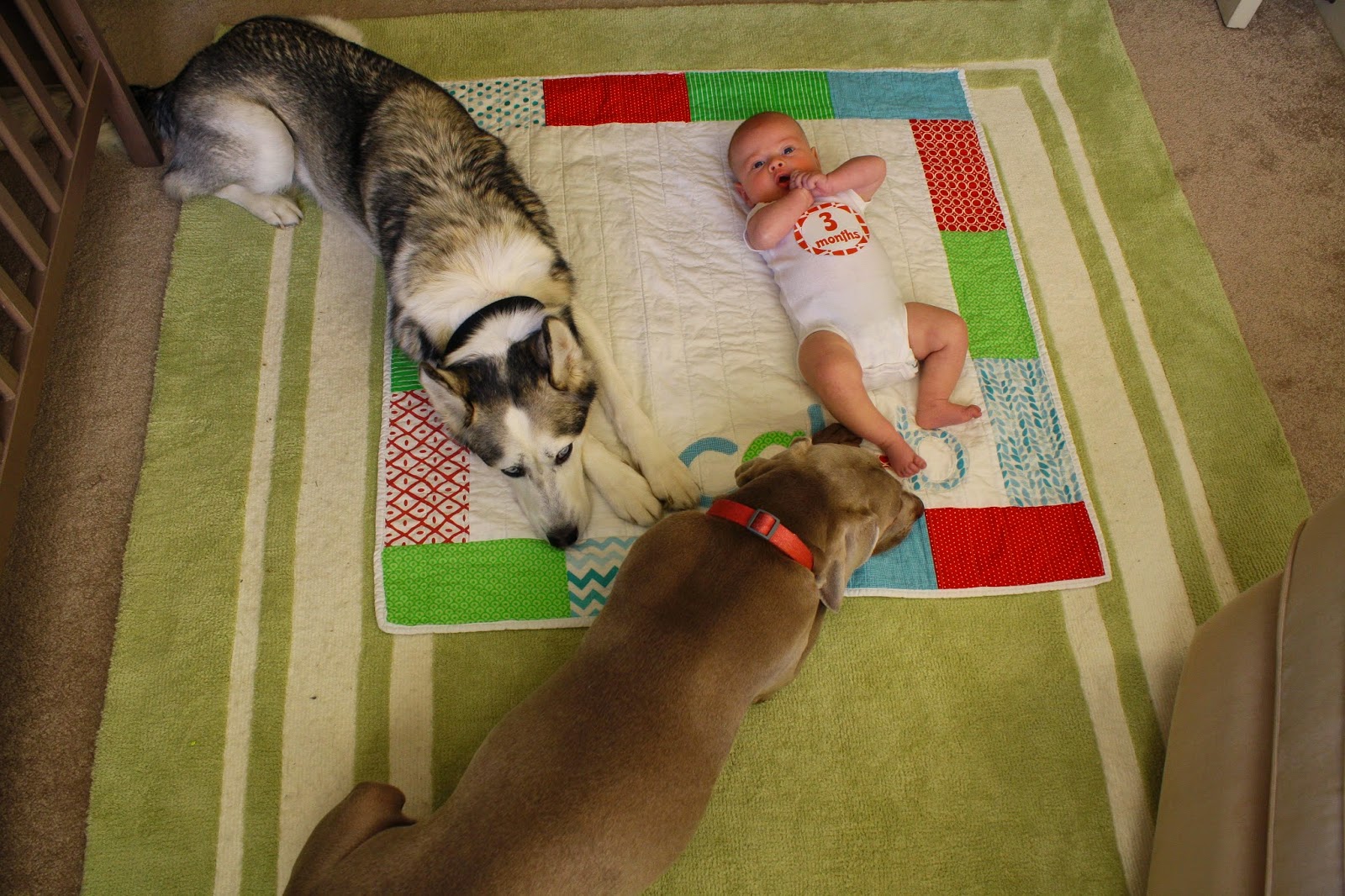 {I don't make this stuff up. If you know Jersey, you know she hardly sits still so this is definitely not a posed photo!} 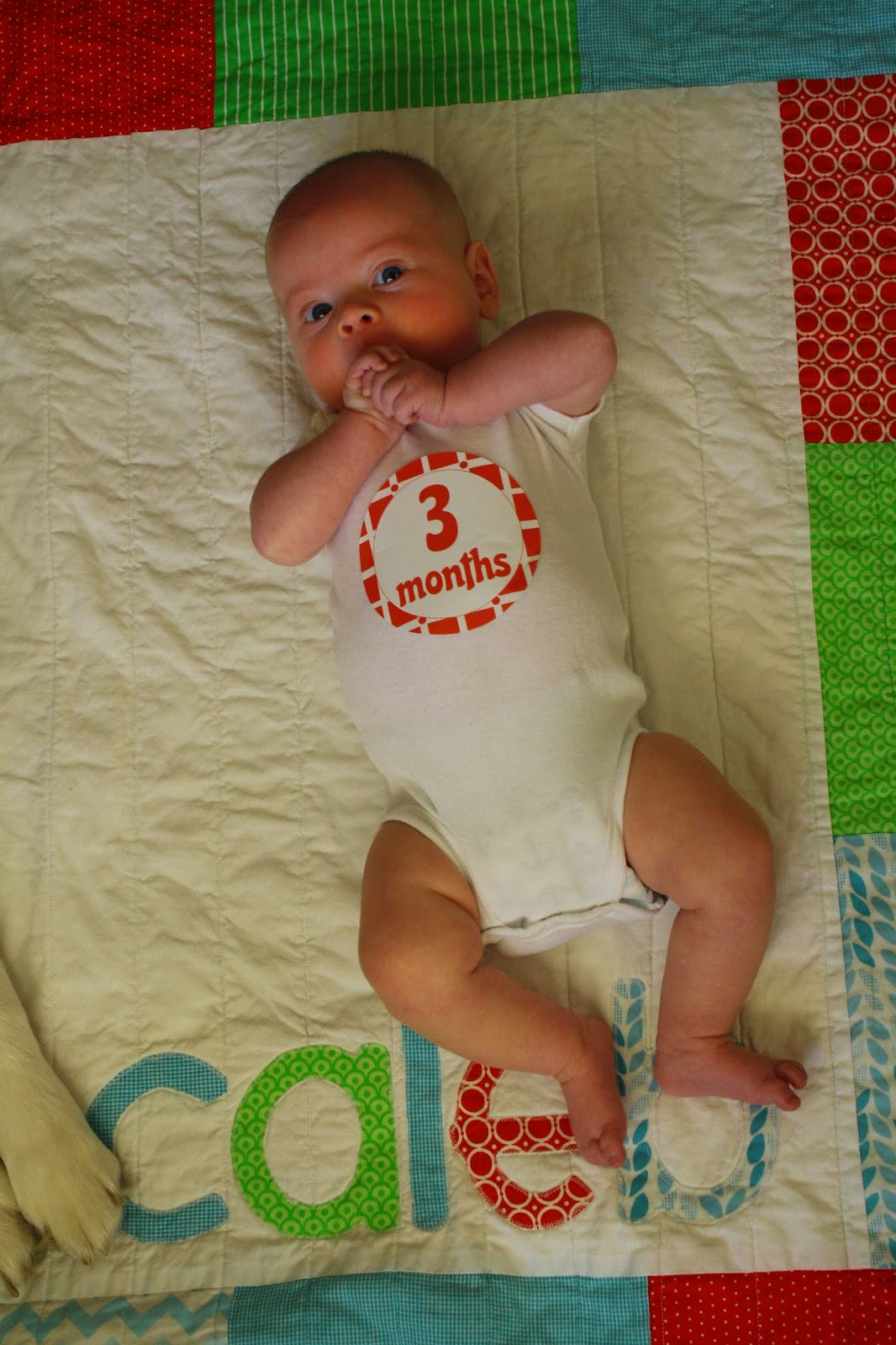 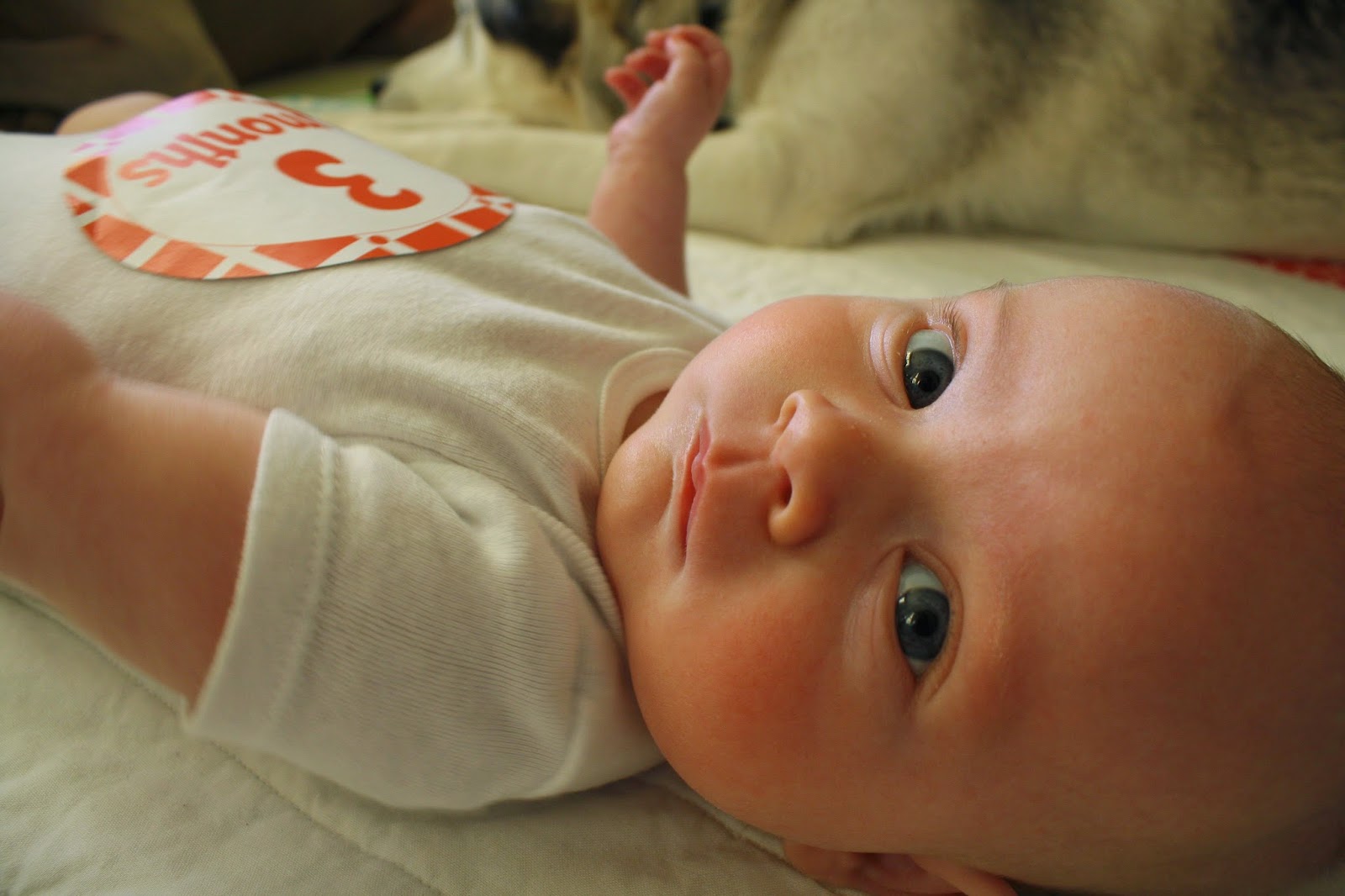 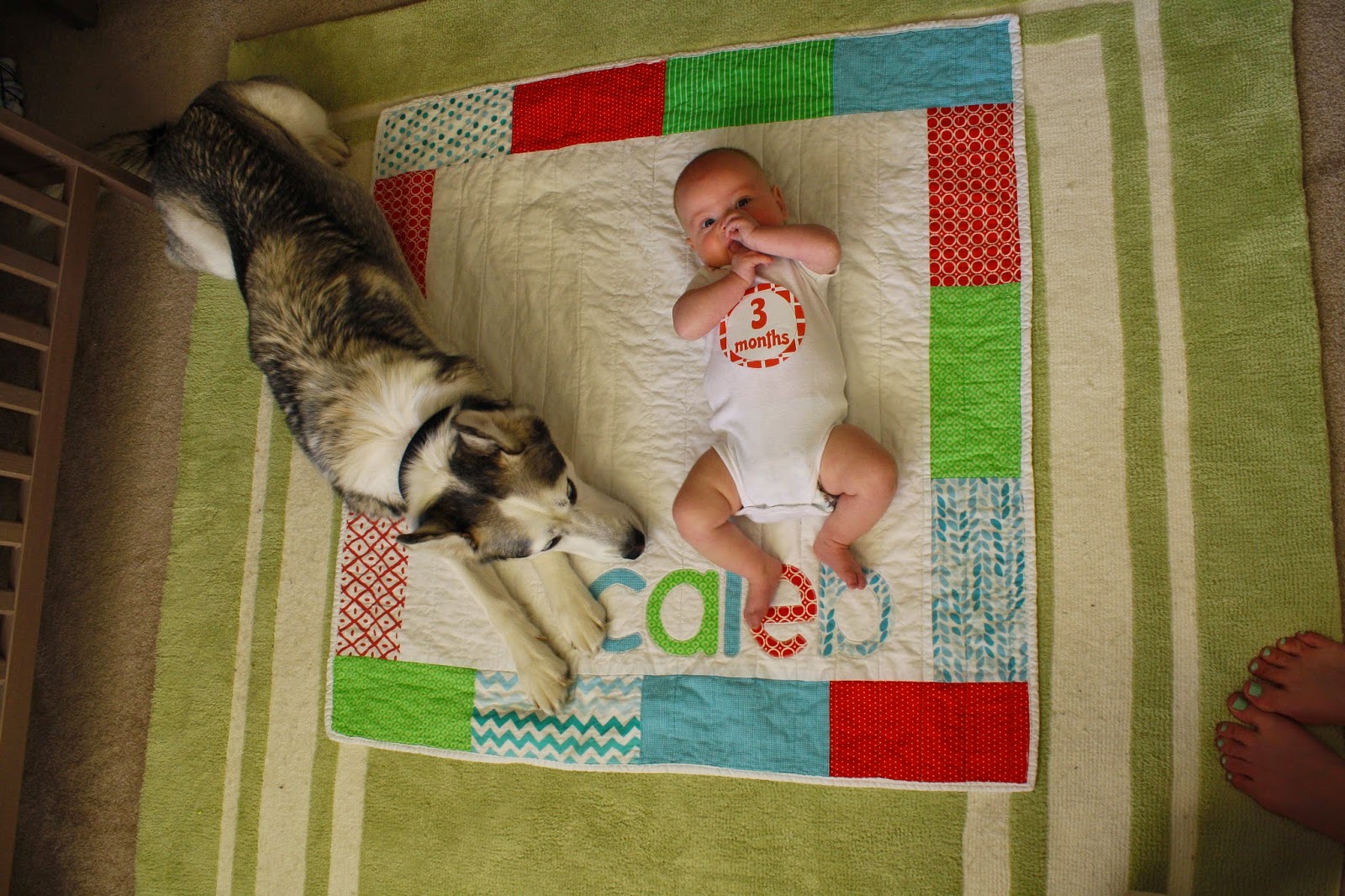 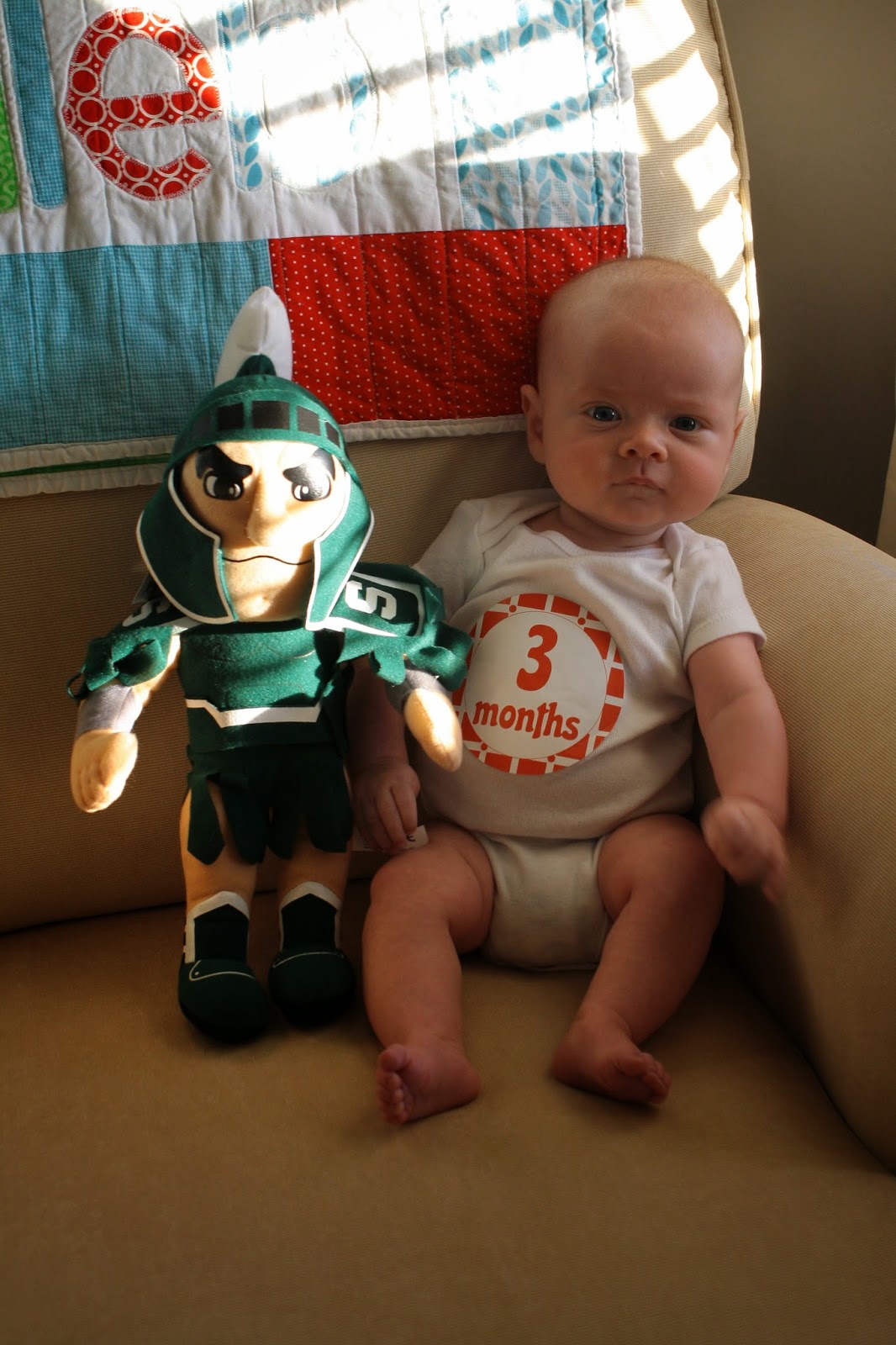 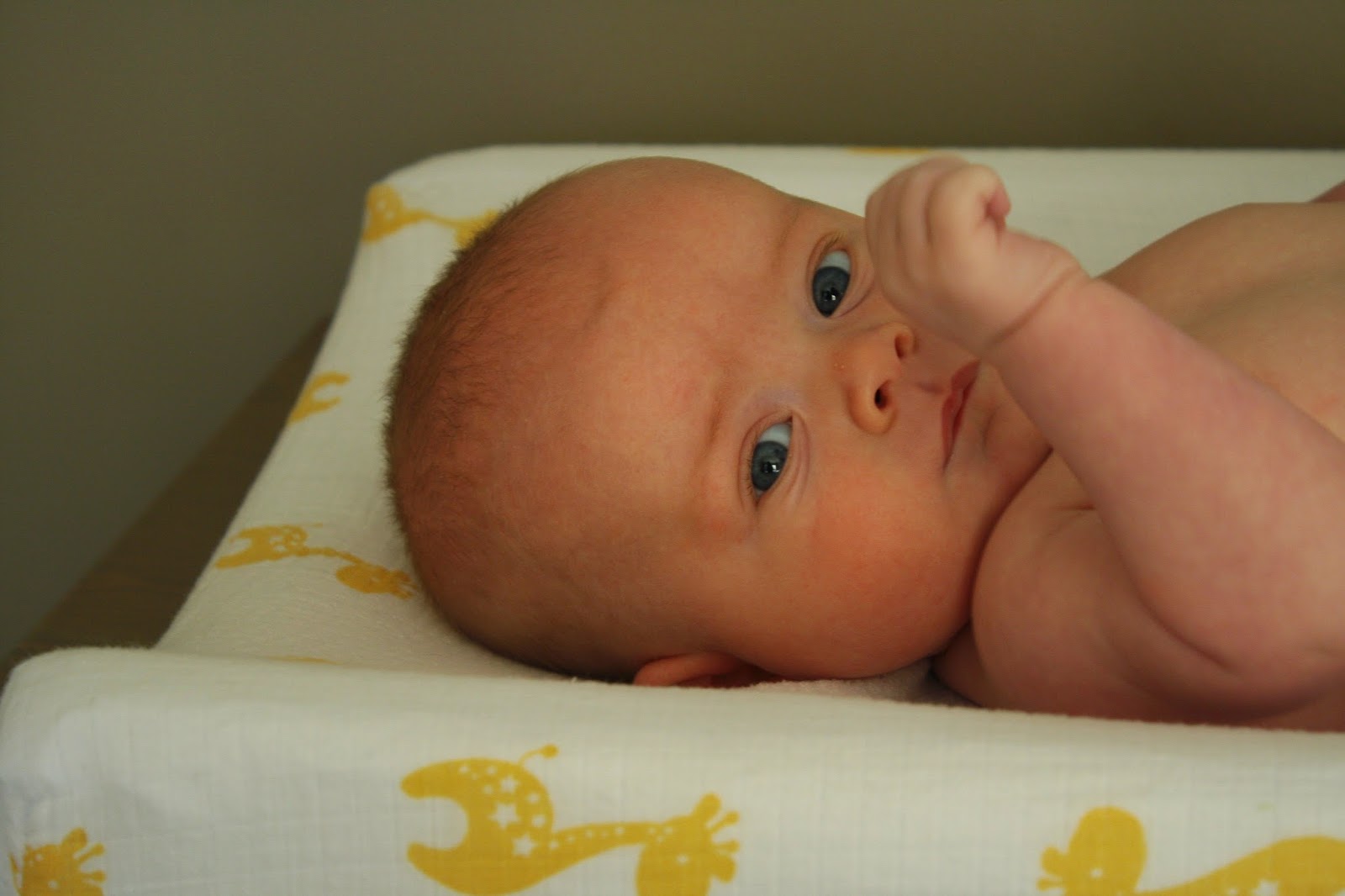 I was thinking this week how cheesy these monthly posts, with the cliche onesie stickers, are. So cheesy. But if we don't write it down, we forget. If we don't take photos, it will be harder to remember. Caleb is only this little once and, just like with my pregnancy, I want to appreciate everything. So, I'll keep up with these cheesy and super cliche monthly updates!

3 months! It seems like Caleb has been around much longer than 3 months; his squishy newborn days seem like forever ago. Before I had him, I really couldn't imagine what our days together would look like. They are so much more fun than I think I expected. He is on such a predictable schedule, it makes it easy to have a routine together. Waking up slow, reading a new book every afternoon, taking one long walk together. We've also started seeing some more of Caleb's personality come out this month. If I had to describe him in a word, I think it would be chill. I don't love that word, but can't think of one that better says it. Even on his fussiest days, Caleb hardly cries. He's just as happy to snuggle and be held as he is to play by himself. He has a schedule, but lets us bend it when we want to get out and about. We've been really, really blessed with an easy baby. I think that's what we hear most when family and friends meet him for the first time. Which is awesome, because Lord knows Justin wouldn't let me have any more babies if we'd ended up with a fussy baby! But sometimes Caleb is so sweet and takes it so easy on us, I get really concerned we're going to be in for it during toddlerhood!

New this month:: At 9 weeks, Caleb started sleeping 9 hours during the night and 12 hours at 12 weeks. He still gets a little grunty once or twice during the night, but usually works it out himself or just needs what we call a paci drop. We also buckled down this month and got back to nap training- he'd gotten spoiled with cuddles and stroller naps. And it looks like it worked! He has always done an awesome job putting himself to sleep at night and now seems to remember he can do it for naps, too. {I'm borderline dreading holiday season and feel like I'll have to put my foot down about keeping him on his routine when we're out and about instead of letting everyone and anyone cuddle him to sleep}. Caleb has also found his hands this month! He loves to look at them and to suck on them- which is probably because he also started getting his first tooth! SLOW DOWN BABY! It's just peeking through on the bottom and who knows how long it will take to come in, but it doesn't seem to bother him one bit. The last thing Caleb's mastered this week is the baby push up. He can really push his chest up off the ground and look around. He's realllly good at this when the tv is on and he wants to crane his neck to watch it.

I'm excited to go to the dr. next month and see how much he's grown {my bet is that he's still on the peanut side} and talk about starting solids! But I also find myself not wishing time away at all. I don't think I'll cry when he's a toddler, but I also want to really appreciate this stage that's he's in.
Posted by Katie at Thursday, September 18, 2014

He's a cutie! And your so lucky! We wrestled hardcore colic and the fussiest baby on the block. We still have a pretty feisty one haha. The next is always different they say though right?! Hoping for that over here at least;)