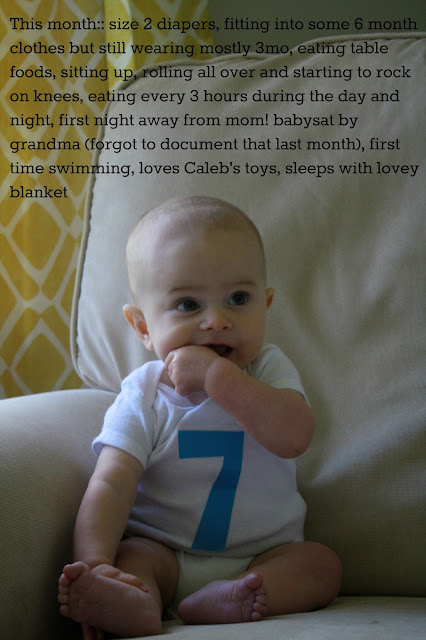 This feels like a parenting win because I actually took these photos and wrote this update on Tyler's 7 month birthday! Super proud of myself- especially because I've been a month or more late pretty much his entire life so far. I'm not so excited about the fact that my computer somehow lost 2/3 of the photos I took this month and I don't want to waste hours trying to recover them. (time for a new laptop, Justin!) 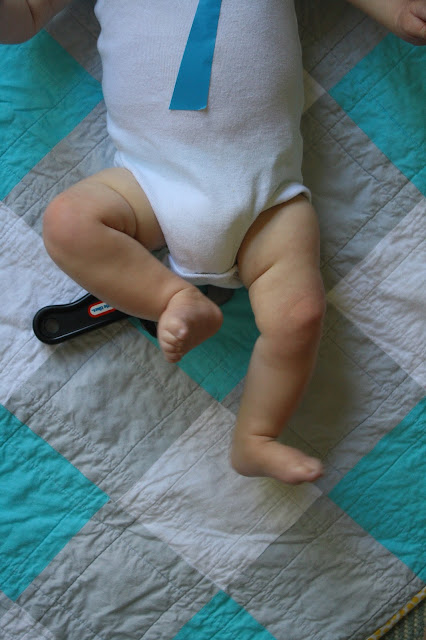 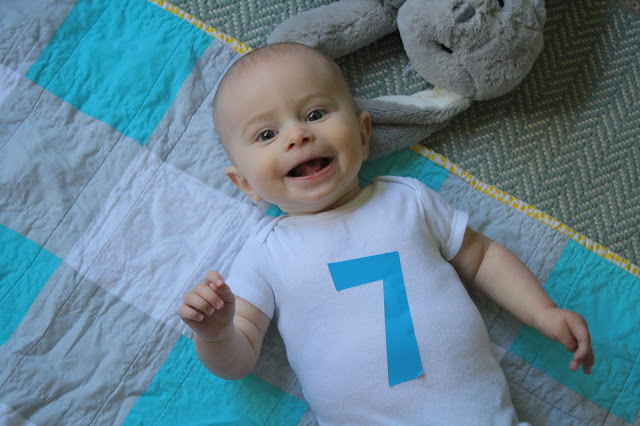 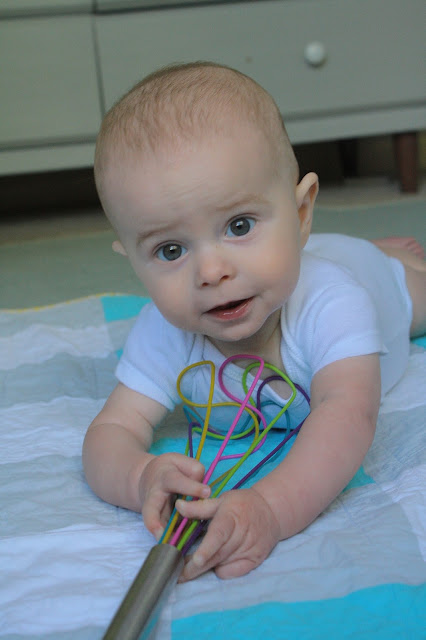 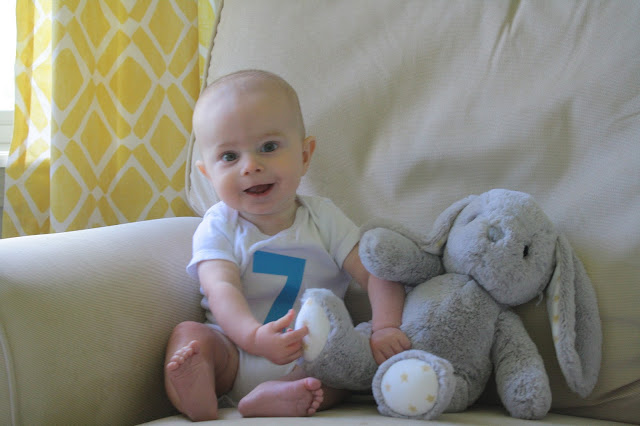 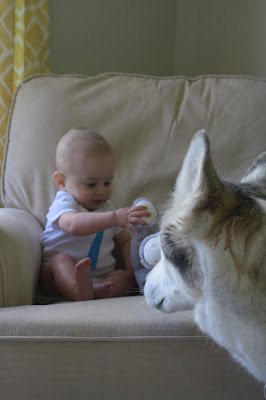 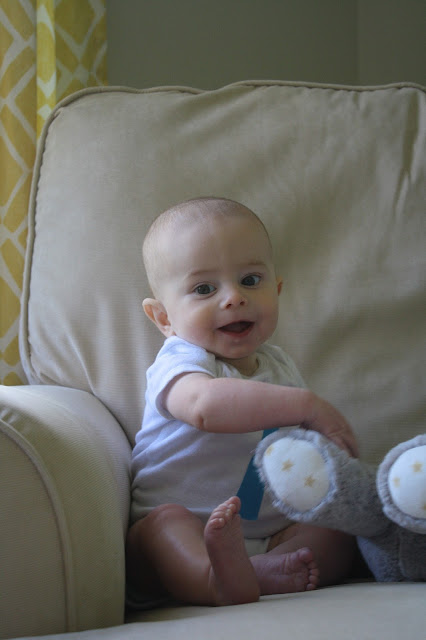 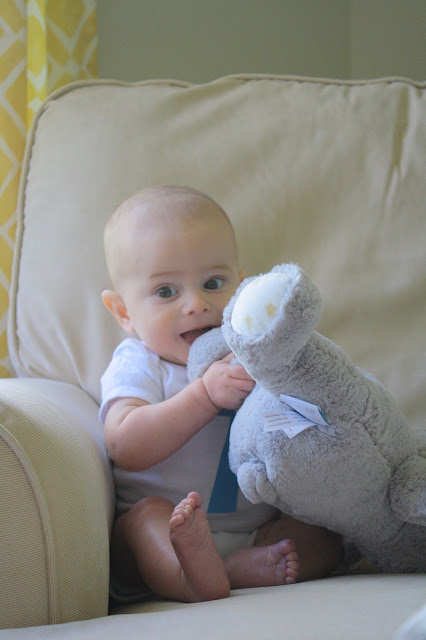 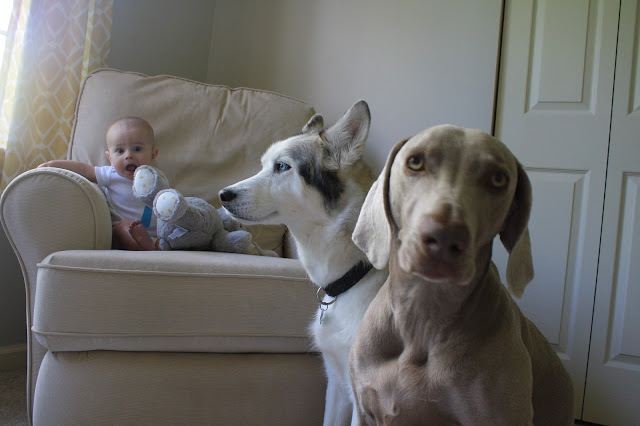 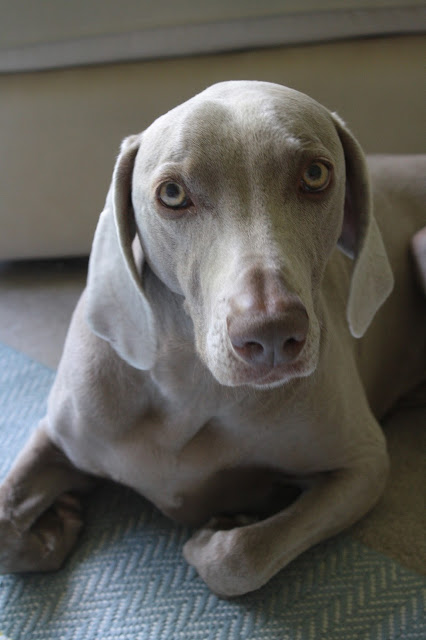 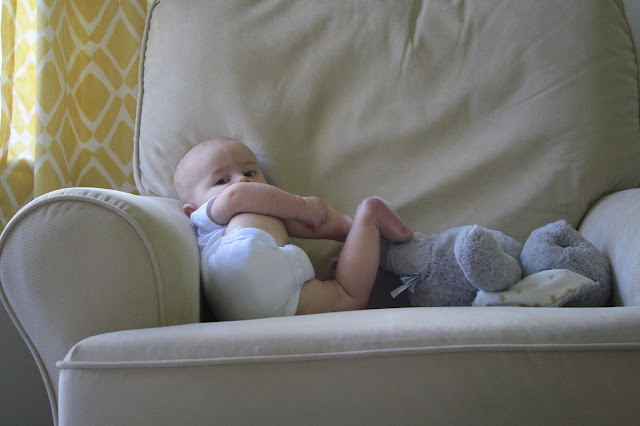 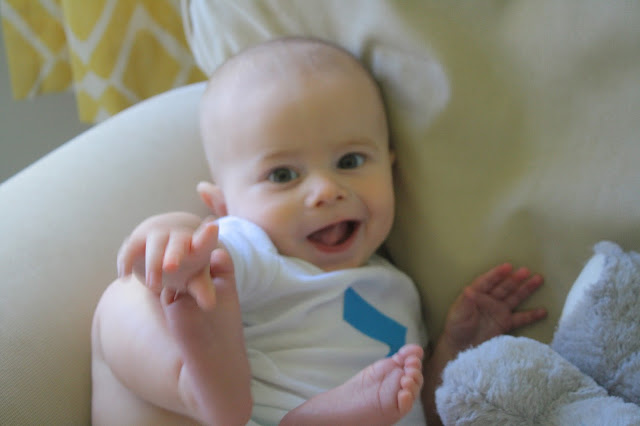 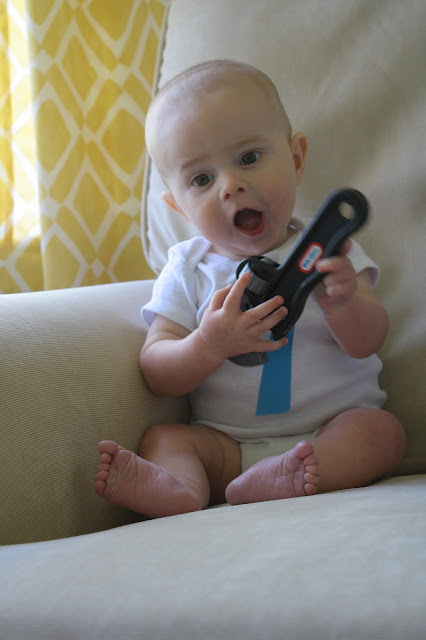 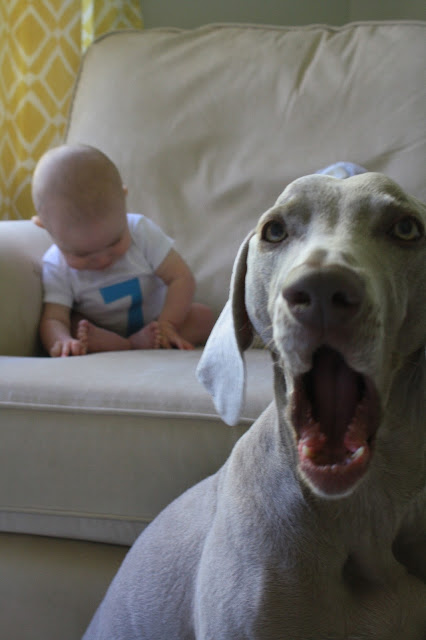 And this might be my favorite update, because for the first time since he was 2 months old- Tyler is gaining weight! We had a weight check last week (we just piggybacked on Caleb's 2 year appointment) and it was awesome. Tyler is still super tiny and in the 0% weightwise, but he gained nearly a pound in 2.5 weeks. Which is double what he had gained in the last two months combined! After talking with his pediatrician and a lactation consultant, we found a way to help him gain. We initially tried nursing every 2 hours during the day, but we all hated that (he wasn't able to get any naps in!). Then I talked to the lactation consultant and, after she did some research, she suggested that Tyler is still too small to be sleeping 10-12 hours at night and that by letting my body go so long between feedings, my already low-in-fat milk was being impacted by lower prolactin levels. Evidently the longer you go between feedings, the less prolactin you make, which isn't good for babies that still need richer milk. Who knew?? So, the change that made a difference was starting to wake Tyler up every 2-3 hours at night to add in extra feedings. And it was SUPER successful. Related: I'm super exhausted.

Tyler has also changed his mind about food this month. He still is indifferent about purees, but loves to hold and nom on bananas, avocados, pears, and anything mushy he can just gum. We're not sure if it has more to with his interest in food or, honestly, his teething. Because the kid is definitely teething. He drools a TON and will chew on anything. His favorite is anyone's hand/arm/shoulder that he can find.

And because he quite literally can't stay still, we ditched his swaddle for good this month. He started rolling in bed and we were all really sad about getting rid of it. He spends a good 10-20 minutes at each nap/bedtime just rolling all over his bed and getting himself stuck in the weirdest ways. He has a little animal blanket that he uses for comfort now, and honestly that was a bit unintentional. His room (along with the rest of our house!) is pretty packed up- so when he wouldn't settle down one night because he missed his swaddle, I just grabbed the closest lovey I could find for him (he seems to have like 6 from random gifts/hand me downs!). It's pretty cute how he reaches for it every time I lay him down to get in his sleep sack!

If I had to guess, I'd say Tyler will be crawling in the next month or two. He is SO busy and truly doesn't sit still unless he's sleeping or strapped into his carseat. Diaper changes and getting dressed are pretty hilarious because he kicks a mile a minute. He rolls all around the house and gets wherever he wants to go easily. And since so much of our stuff is already packed for the move, he has hardly any toys out. Not that he minds, since he is in love with all of Caleb's toys. His current favorites are Caleb's toy wrench and Monkey. Caleb is super into Tyler right now, so he shares Monkey a lot with him. Which is a big deal!

Other than rolling all over, we can tell Tyler is just becoming all around more sturdy. He can sit for longer, though he'd rather be laying and rolling. He loves his exersaucer and can stand supported by the table or couch or activity table. He also loves going to the pool with us and playing with Caleb. He lets Caleb spin him in his exersaucer and laughs so big whenever Caleb shares his toys with him. The two of them are really fun right now!

Even still, 7 months? That seems so crazy. Maybe its his tiny size (he's wearing a 3 month onesie in these photos), the fact that he eats as often as a newborn, or just that time is flying. Either way, I don't think I can wrap my head around the fact that he's now closer to 1 than being a newborn! 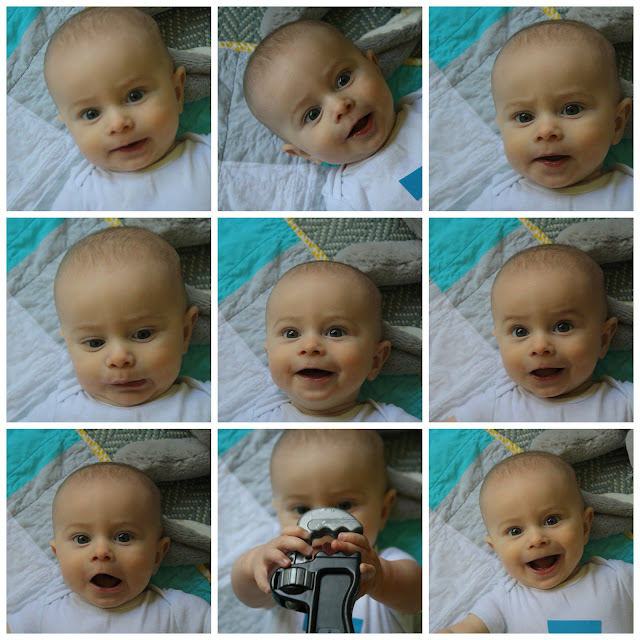 New this month// moved into size 2 diapers, fitting into some 6 month clothes but still wearing mostly 3mo, eating table foods, sitting up, rolling all over and starting to rock on knees, eating every 3 hours during the day and night, first night away from mom! (forgot to document that last month), first time swimming, loves Caleb's toys, sleeps with lovey blanket
Posted by Katie at Tuesday, July 05, 2016