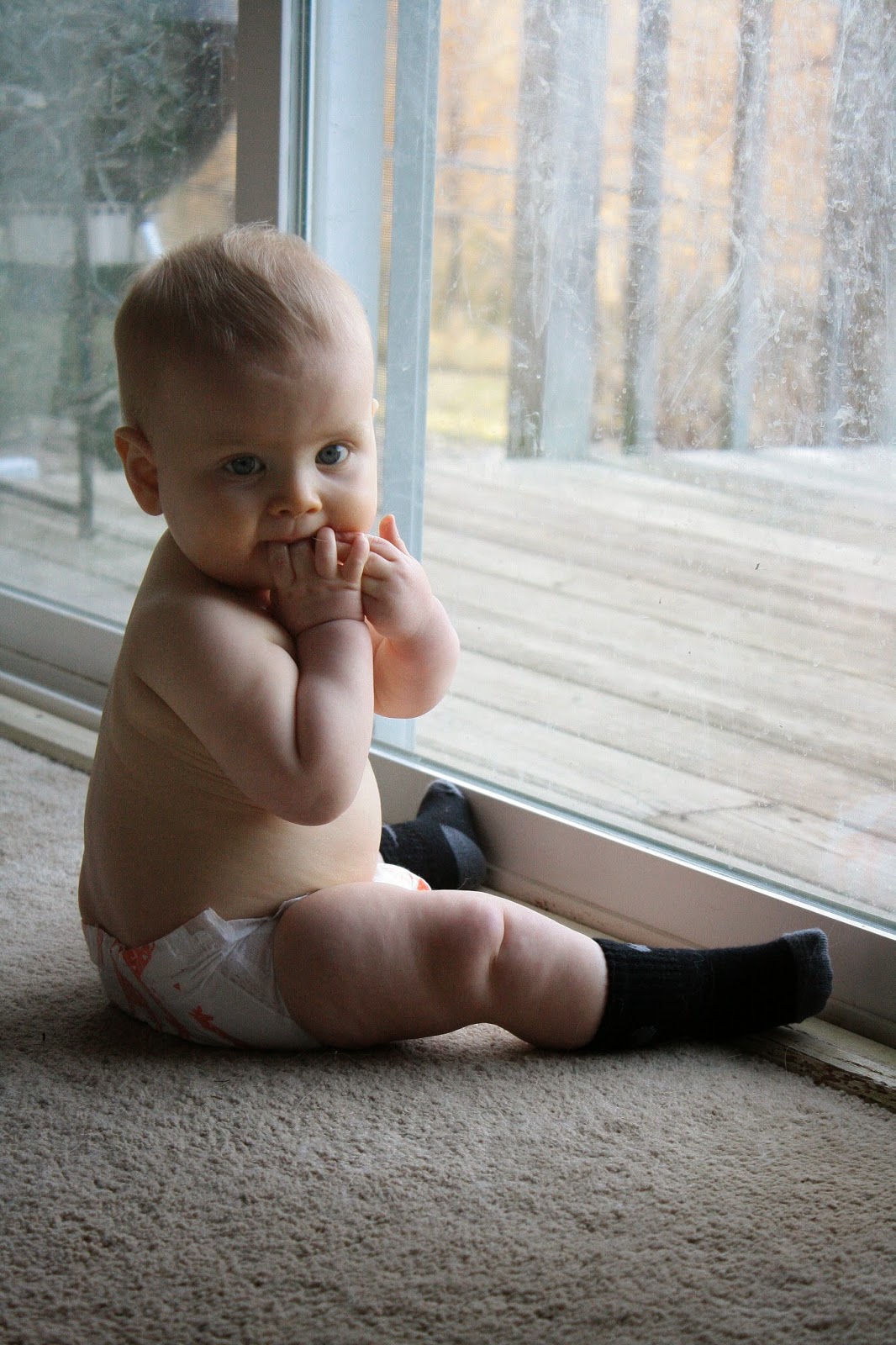 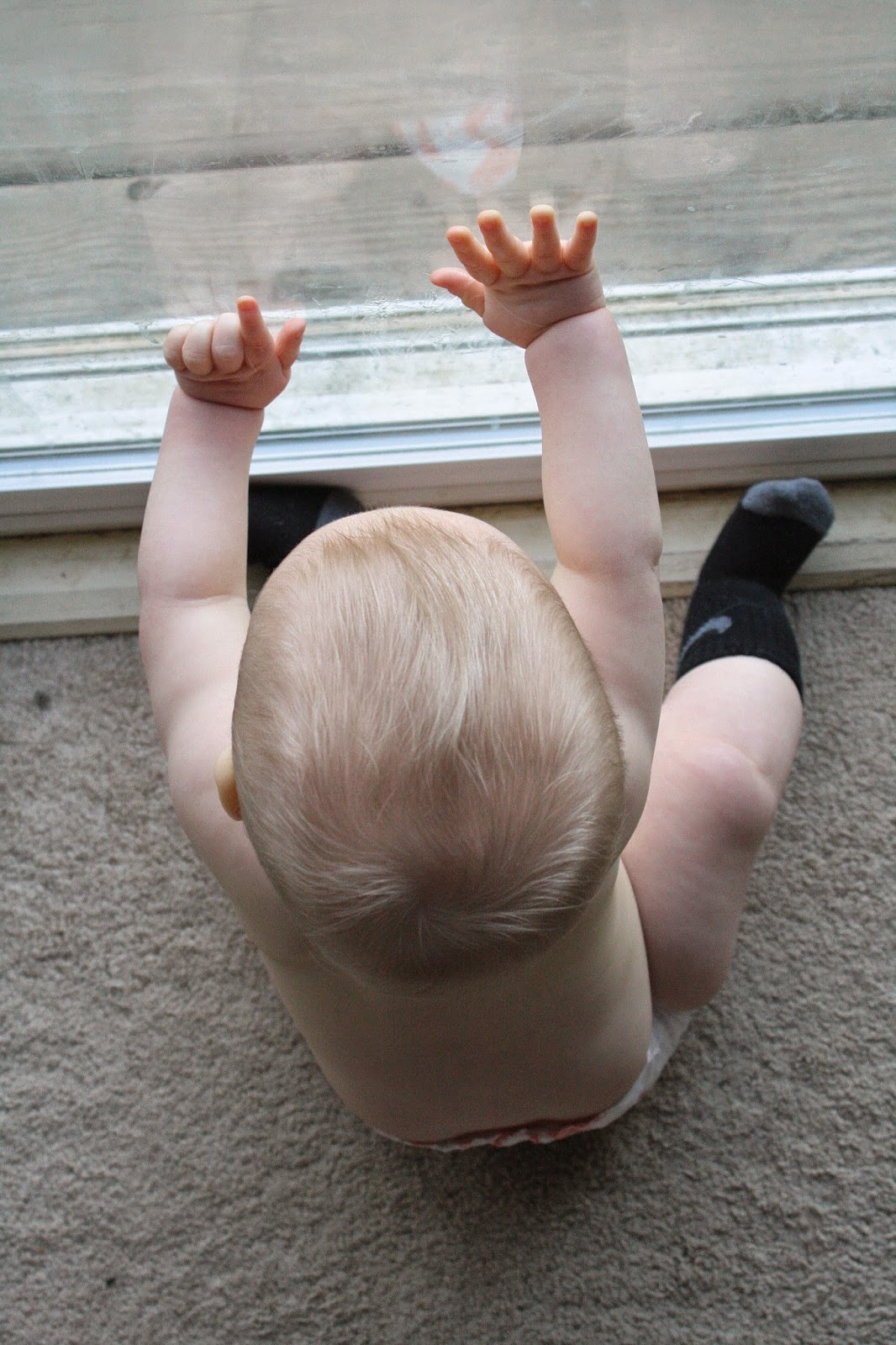 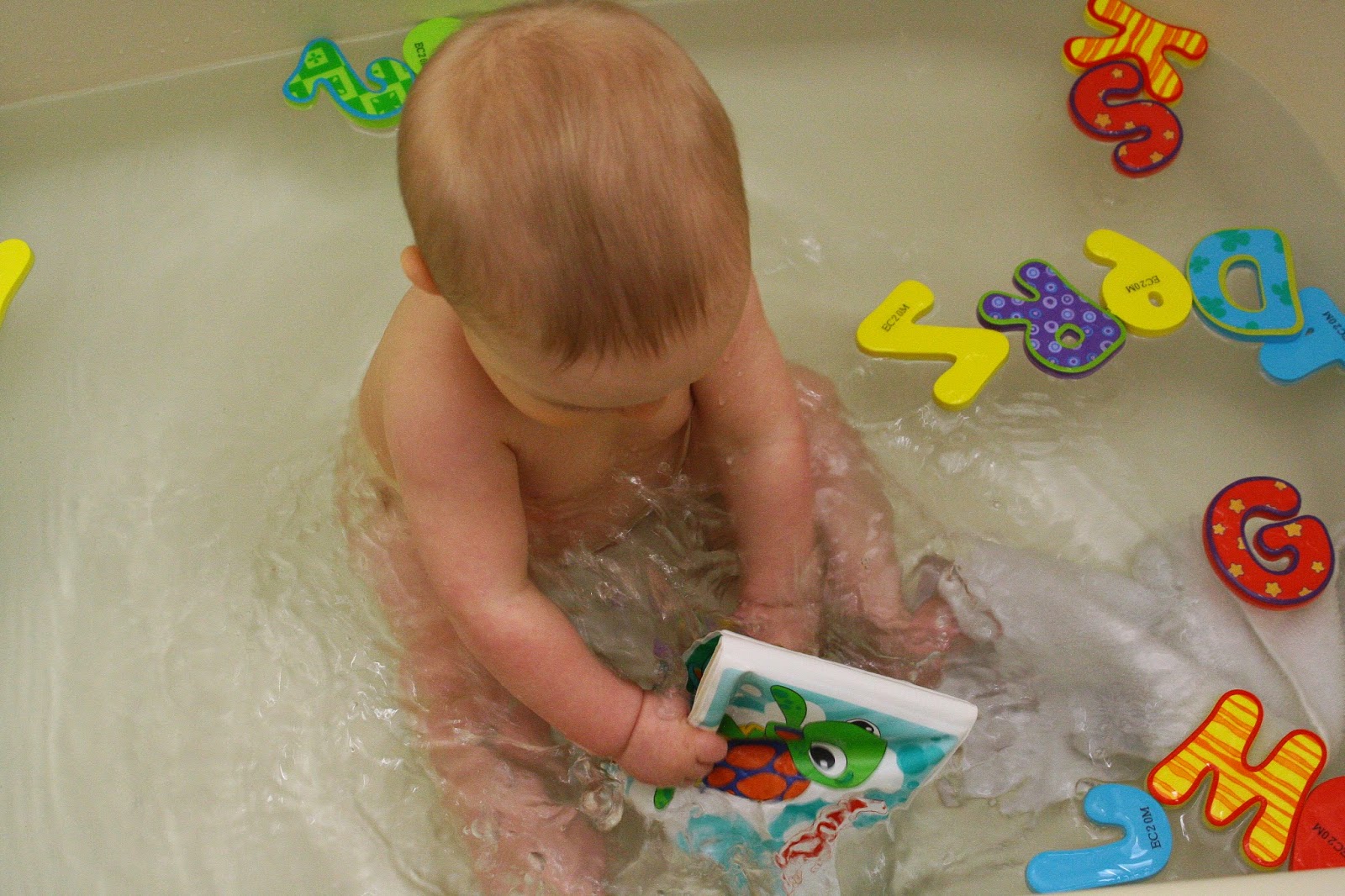 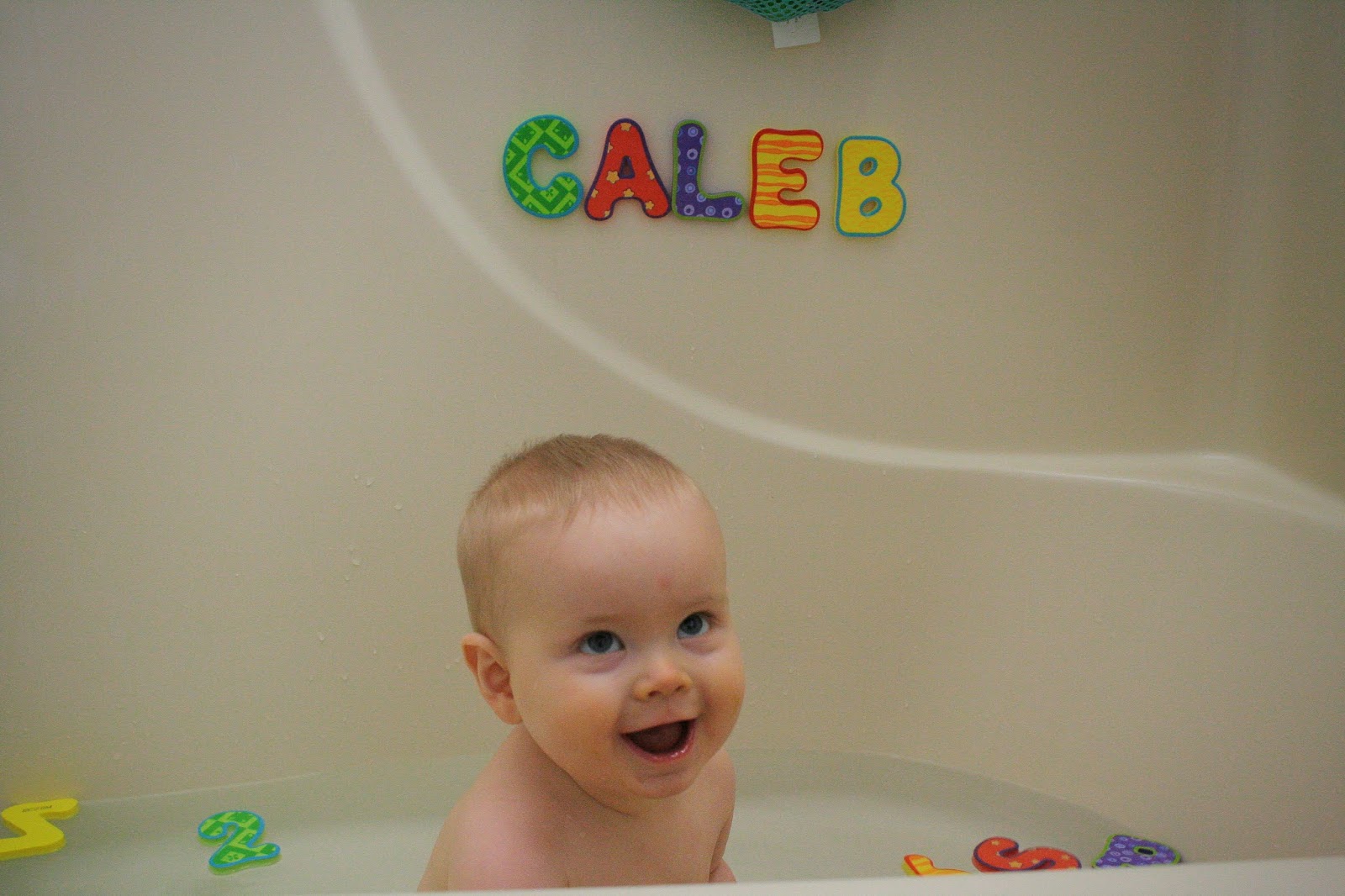 It seems like our days of having an immobile baby are numbered {we've got a haphazard scooter}, so I'm soaking up all the 'leave him and come back to find him in the same spot' benefits while they last. Caleb has been trying so hard to sit up from laying down lately, and that means he'll probably start pulling up on anything he can find. He is obsessed with standing on his own and tries to stand in the tub and his crib {when we scoot him to the edge. Chill. No need to lower it yet!}. I also found him rolled to his belly and with his leg stuck between the slats of his crib after his nap yesterday- it was pretty hilarious.

I am excited to look back twenty years from now and see what bits of Caleb's infant personality stick around. You guys, he is a serious baby. I know I've mentioned that before, but it's just really true. When we're out in public, he hardly smiles for strangers but jabbers away in the car and giggles for me while strolling through the aisles. Anytime he meets new people or is in a new situation, he is very focused until he's had time to warm up. Once he's warmed up though, he's a little ham in the sweetest way. He's still so easy going and let's us take him out and about without fussing if he misses a nap. After almost ten months of those things sticking around; a baby who hardly cries, is so flexible, and very serious- it will be fun to see how many stick around to make up his personality as he gets older!
When Caleb does warm up to you, man is this kid fun. The giggles are easier to come by these days and we'll do about anything to get him laughing after supper in the evenings. And then when he's ready for bed, he clings to his monkey like his life depends on it and falls asleep almost immediately after we read to him and put him in his crib. The car jabbering is almost out of control these days and he has a fun habit of talking to himself in his bed for about 15 minutes before falling asleep at naptime. Gosh, I love him!
Posted by Katie at Thursday, April 02, 2015