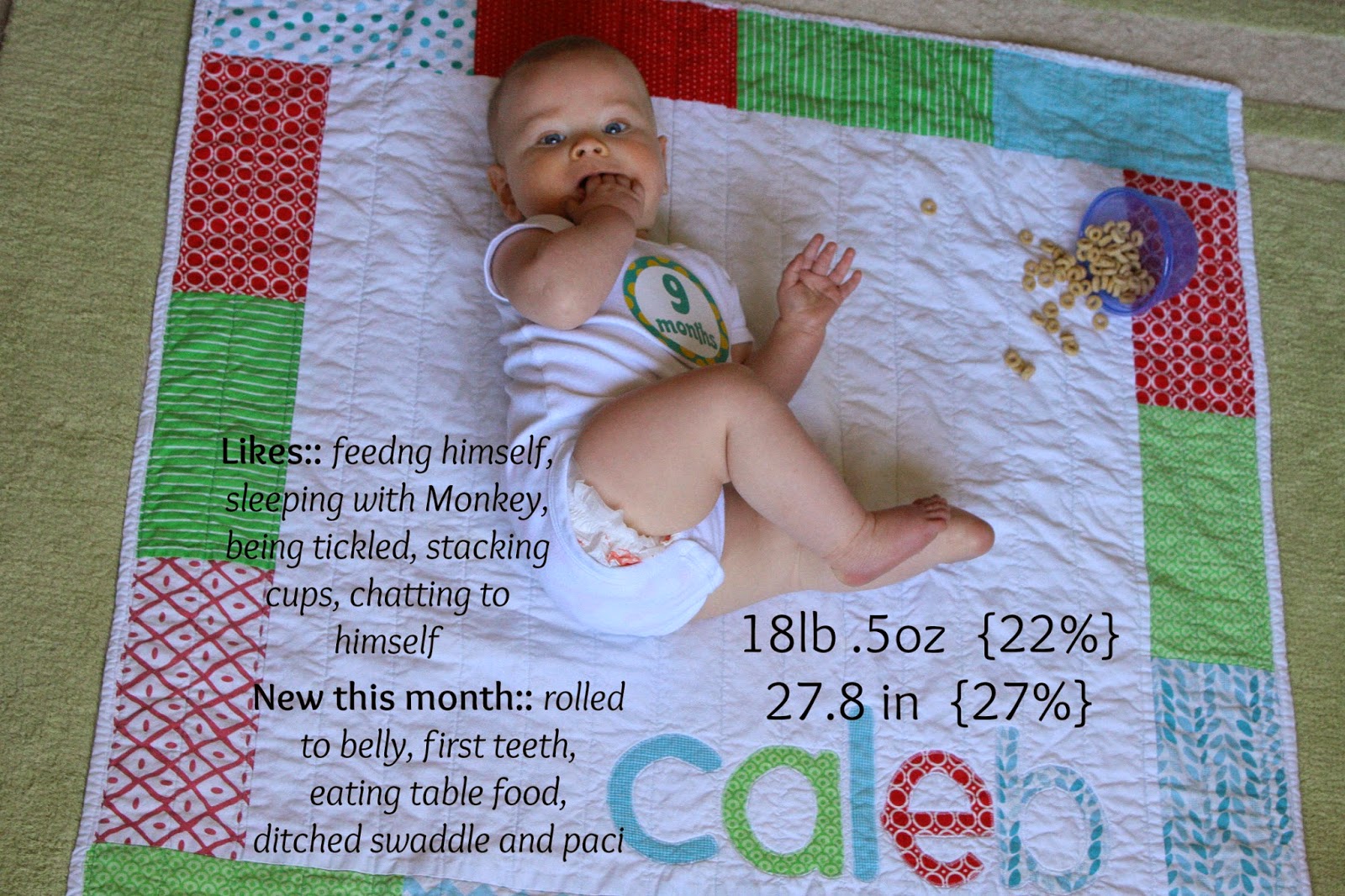 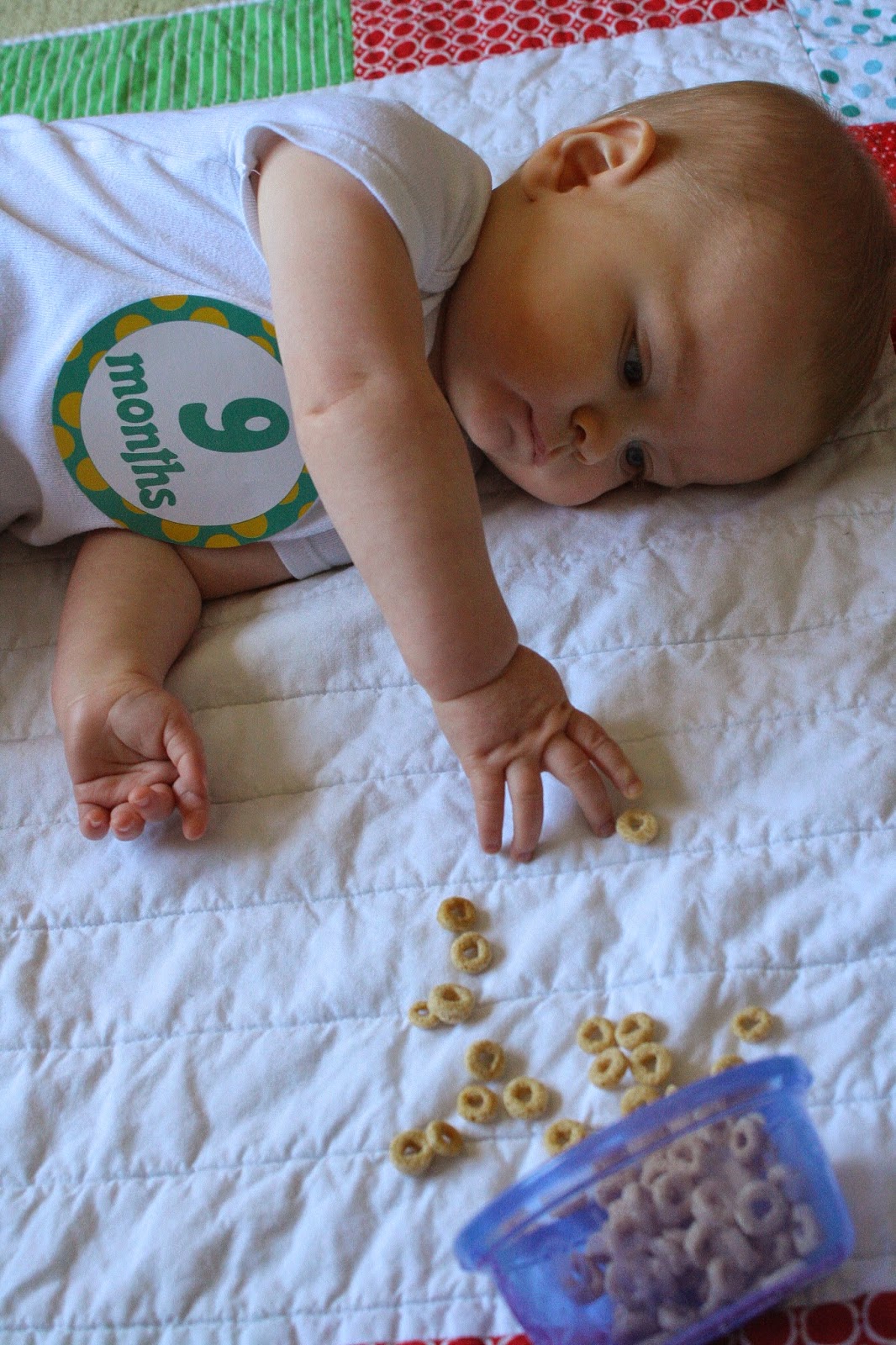 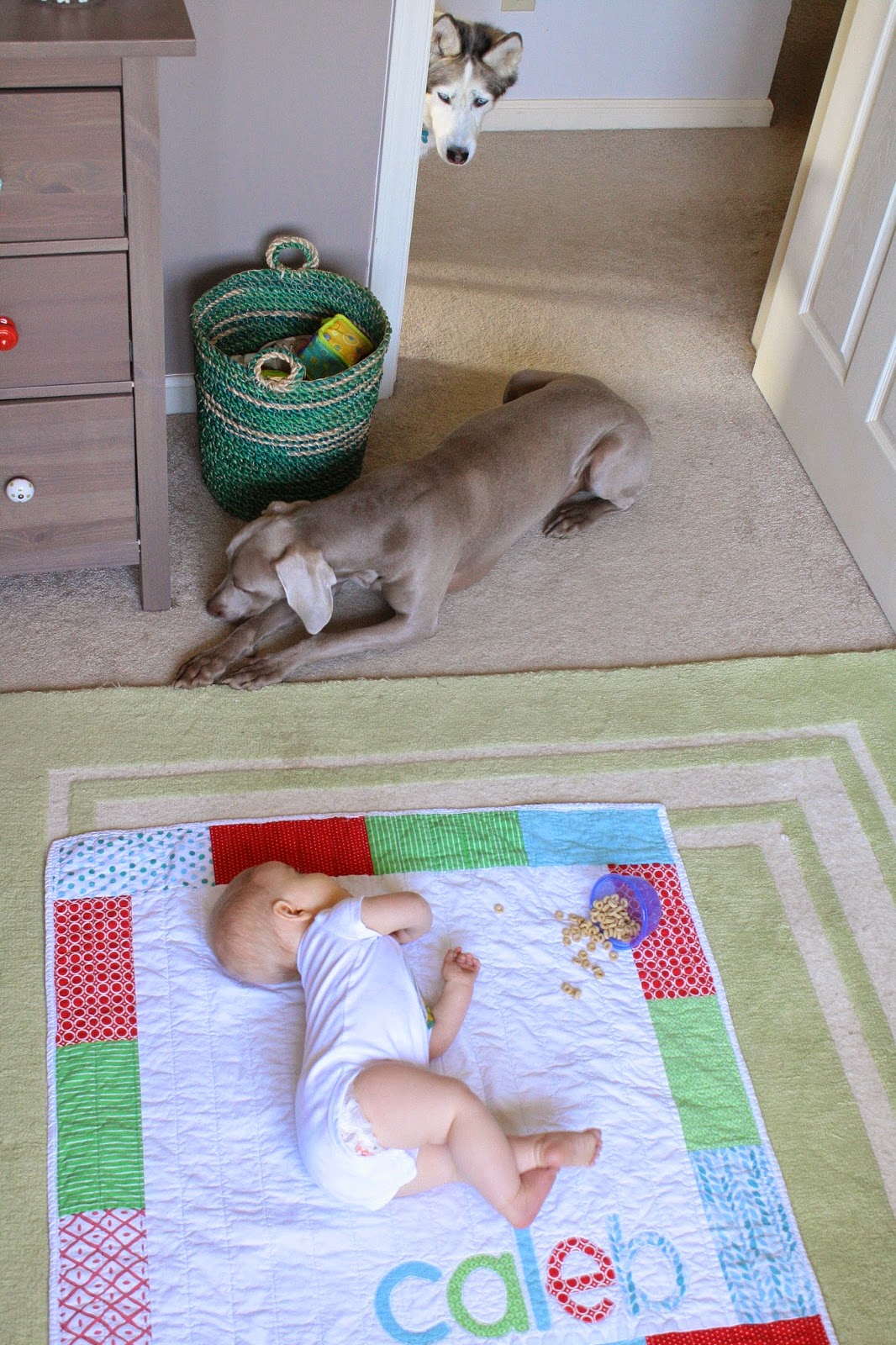 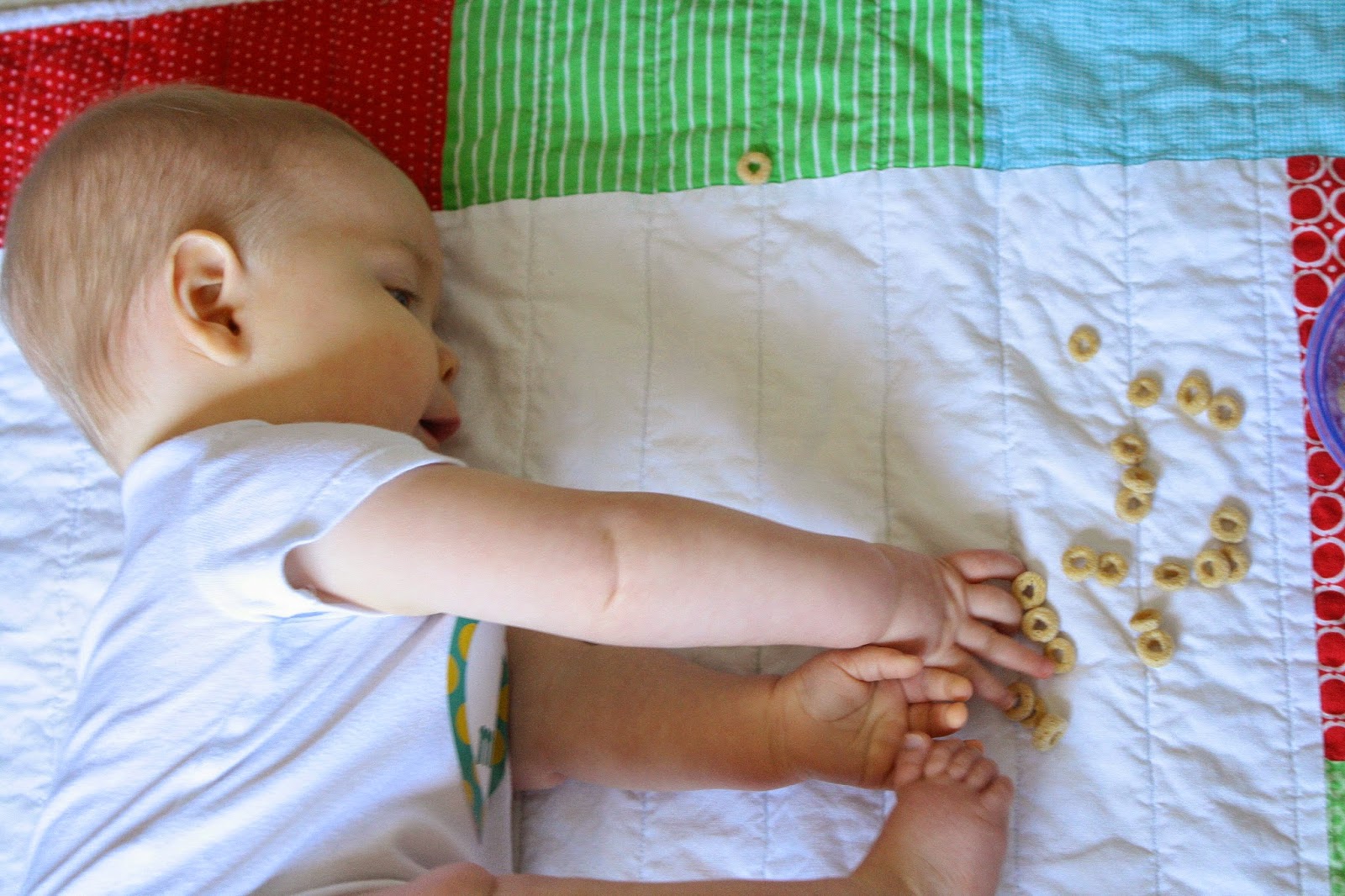 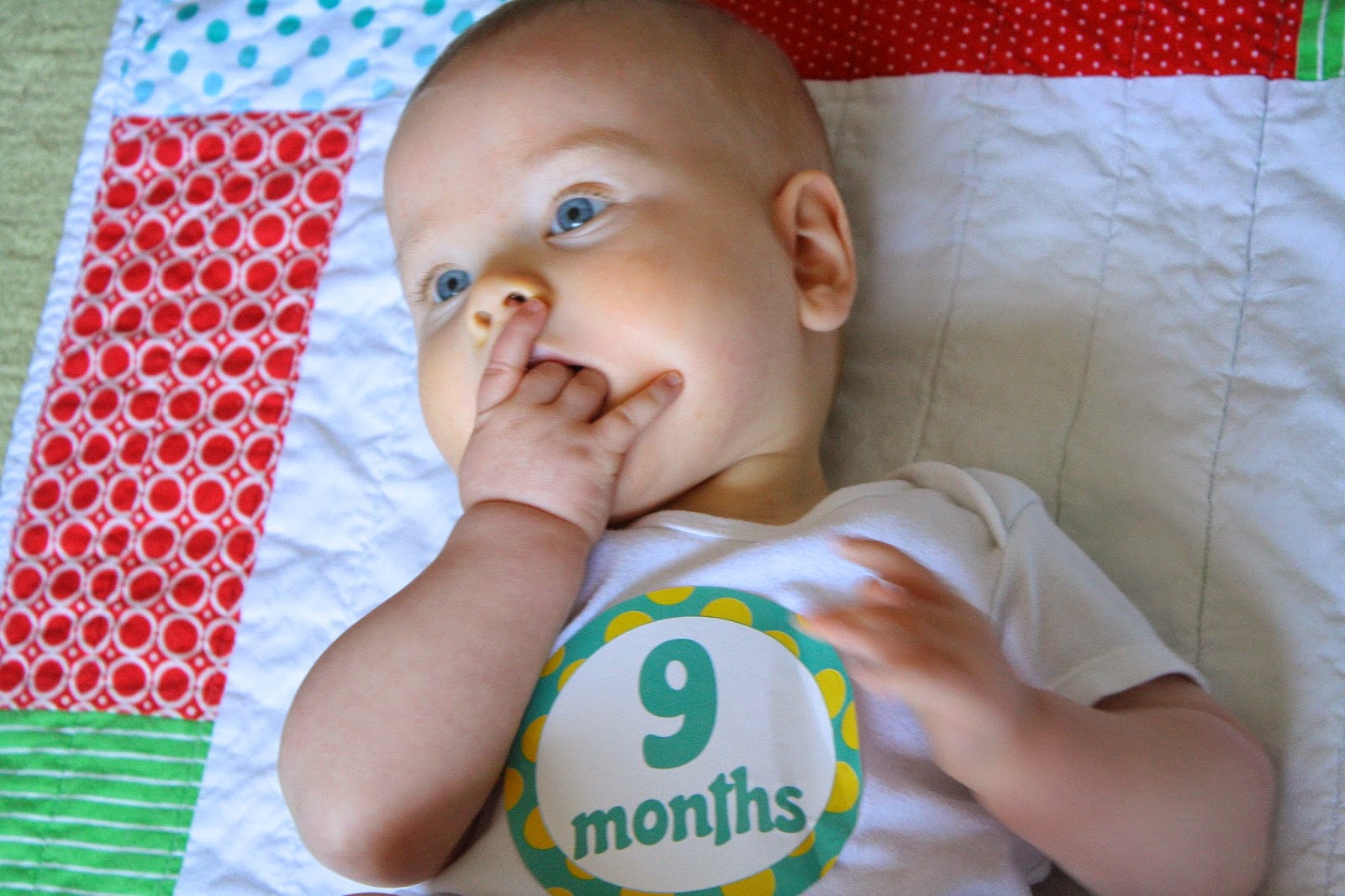 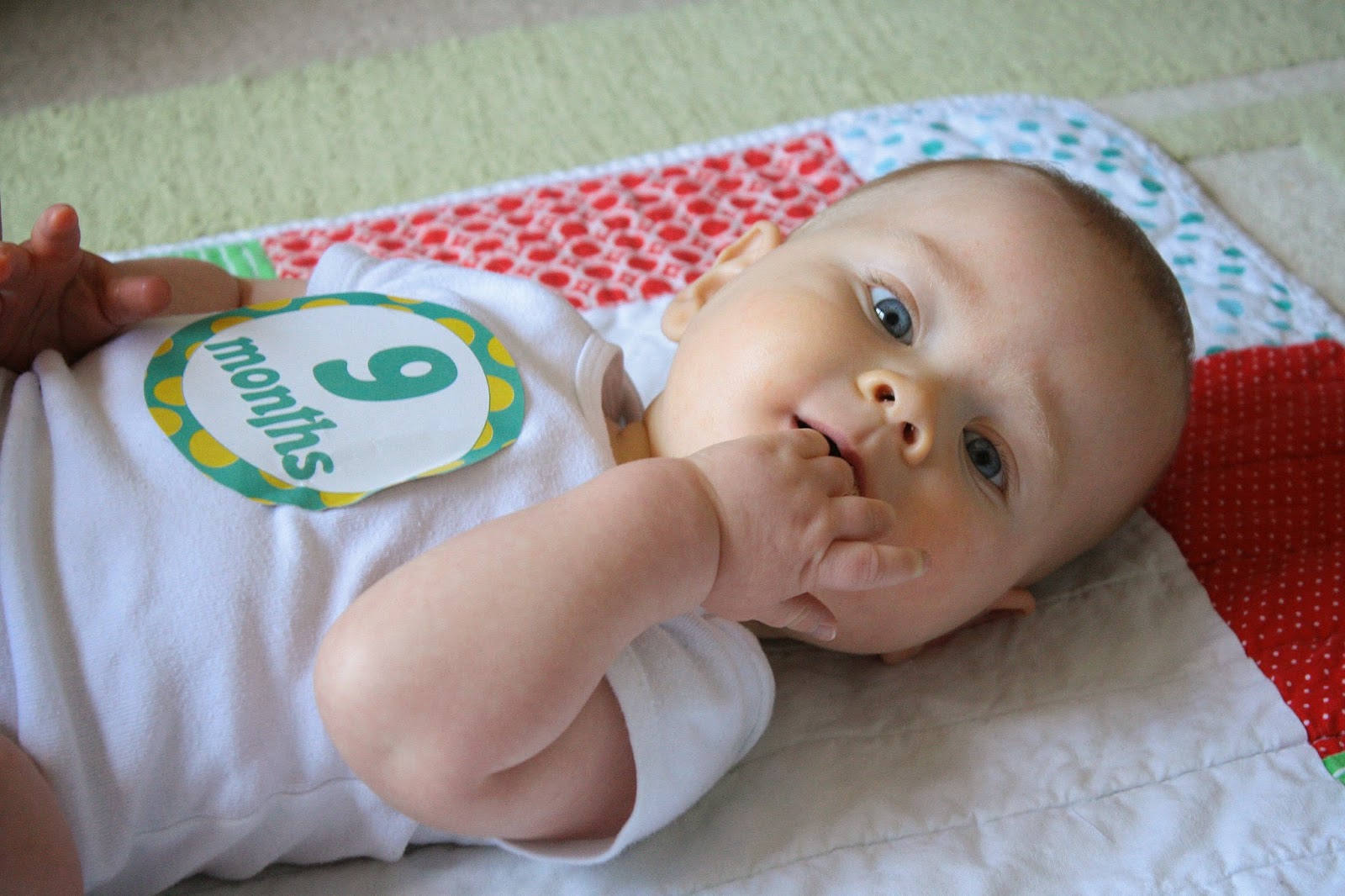 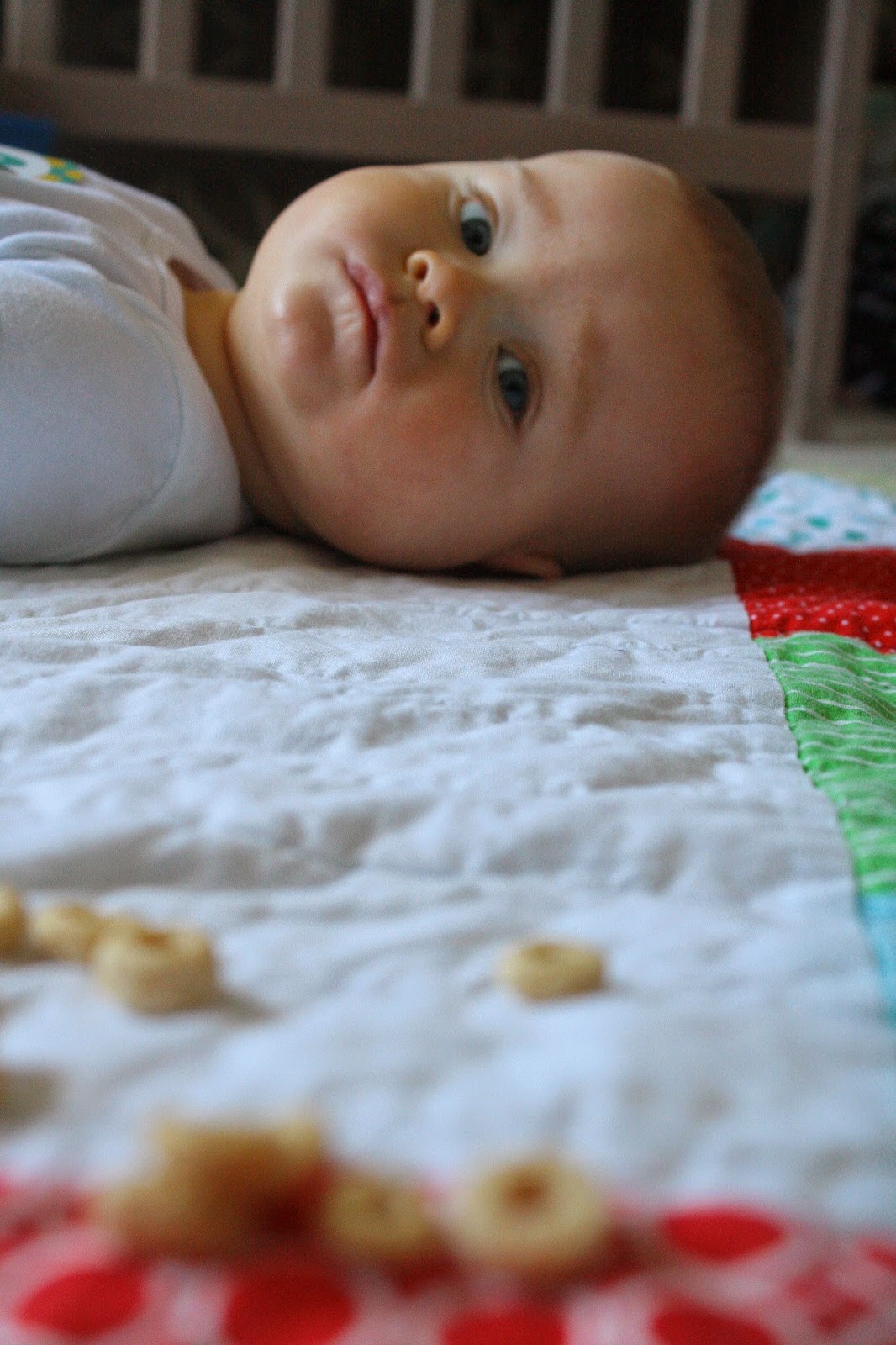 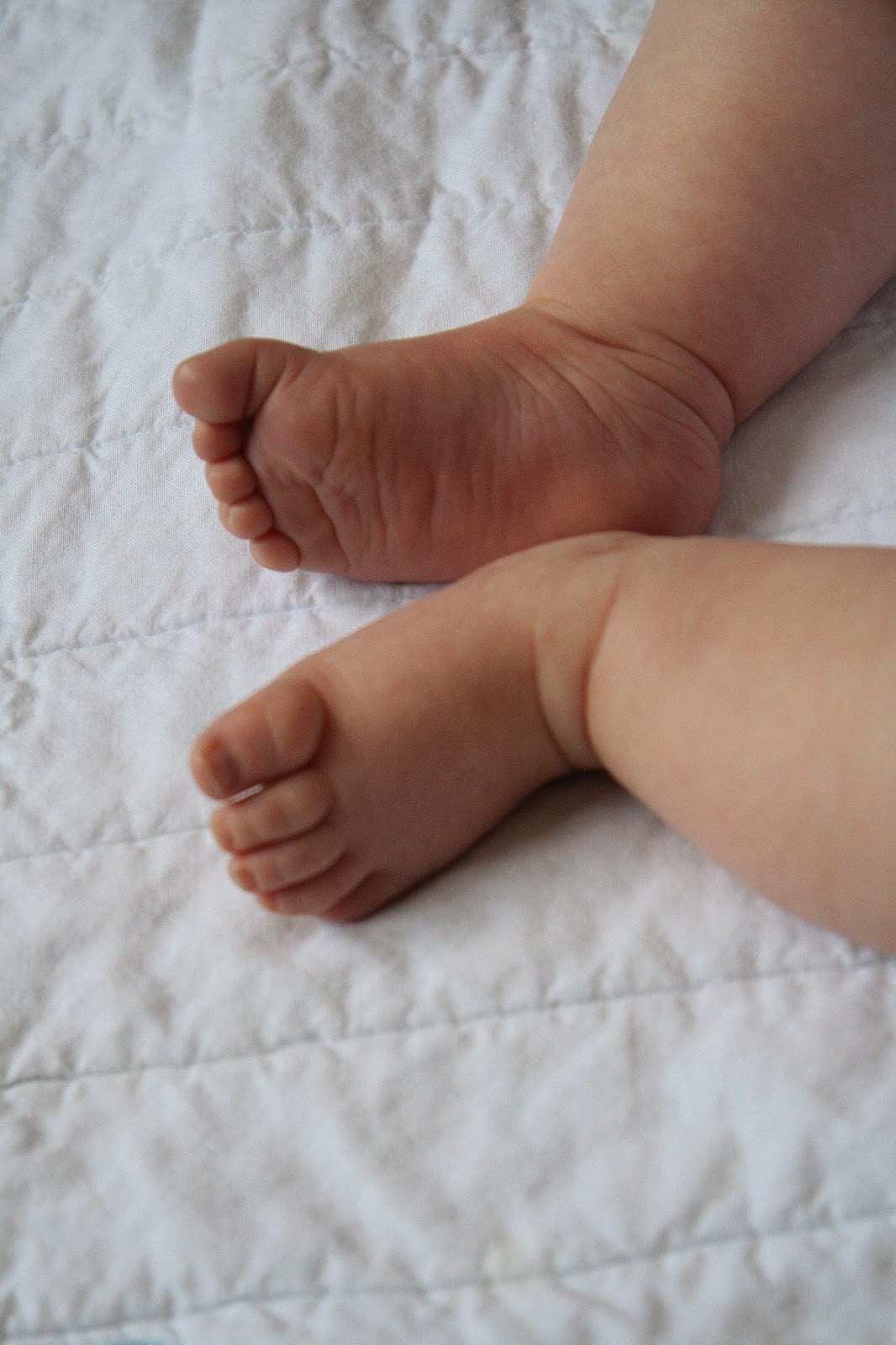 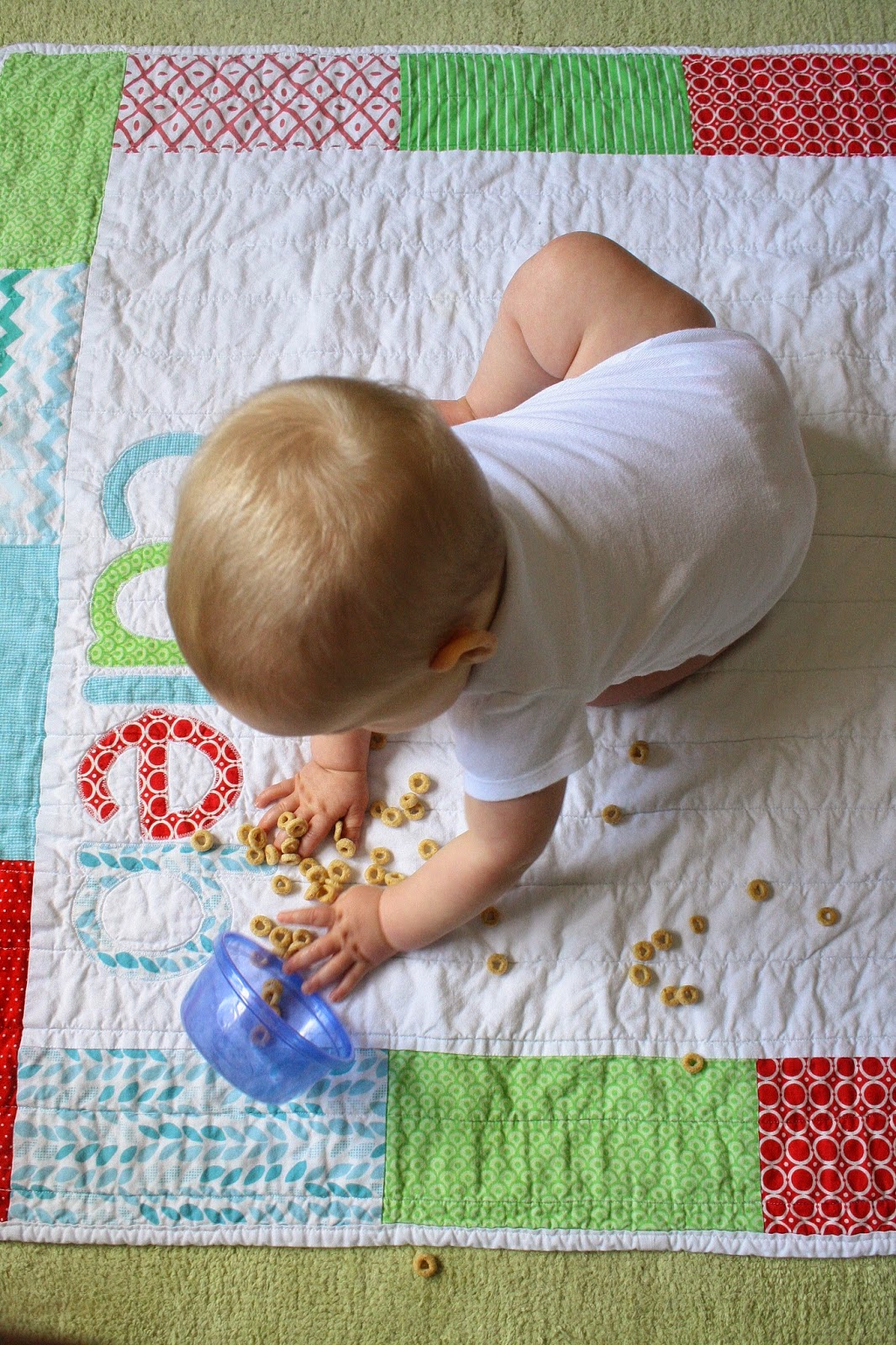 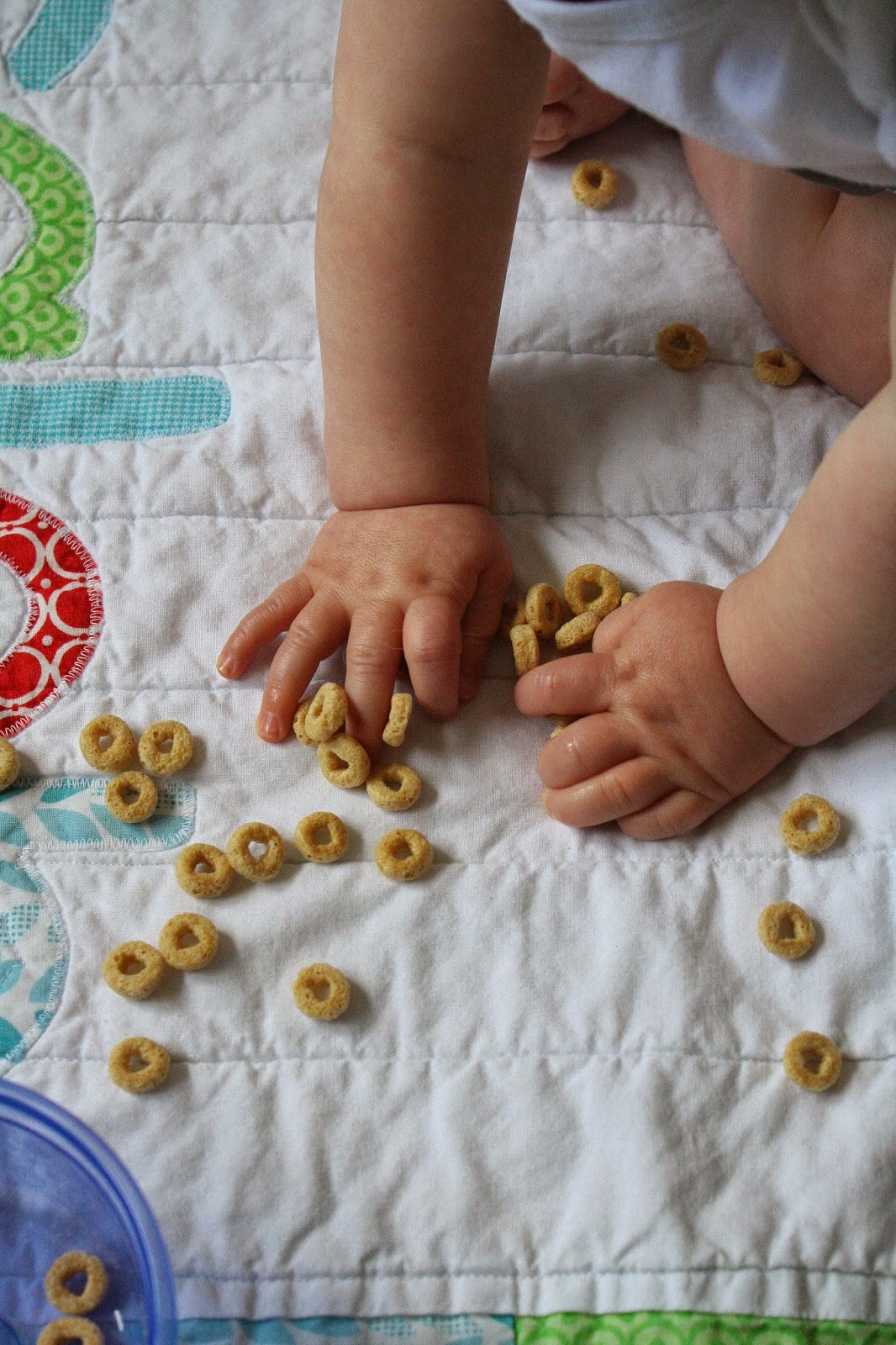 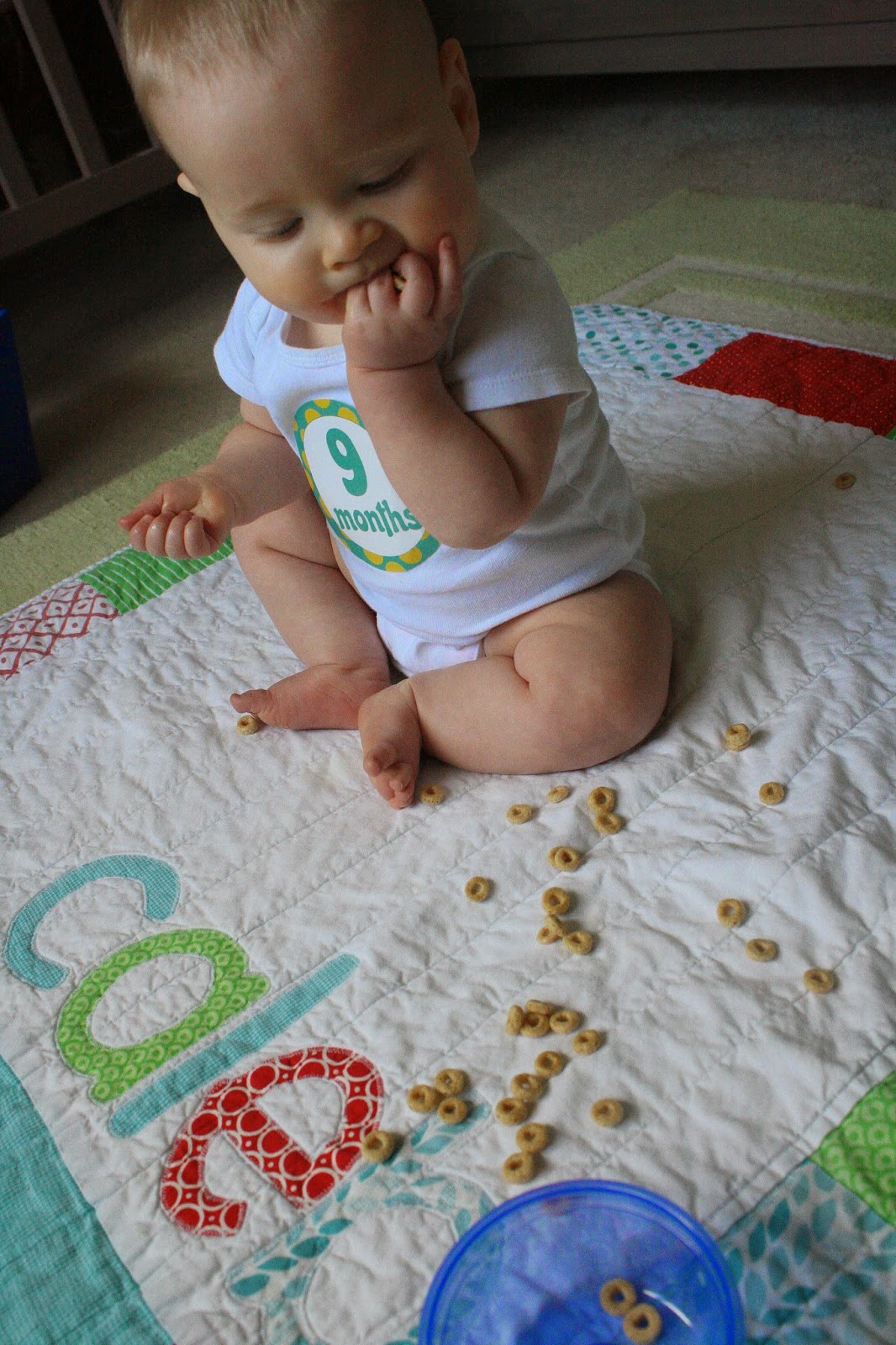 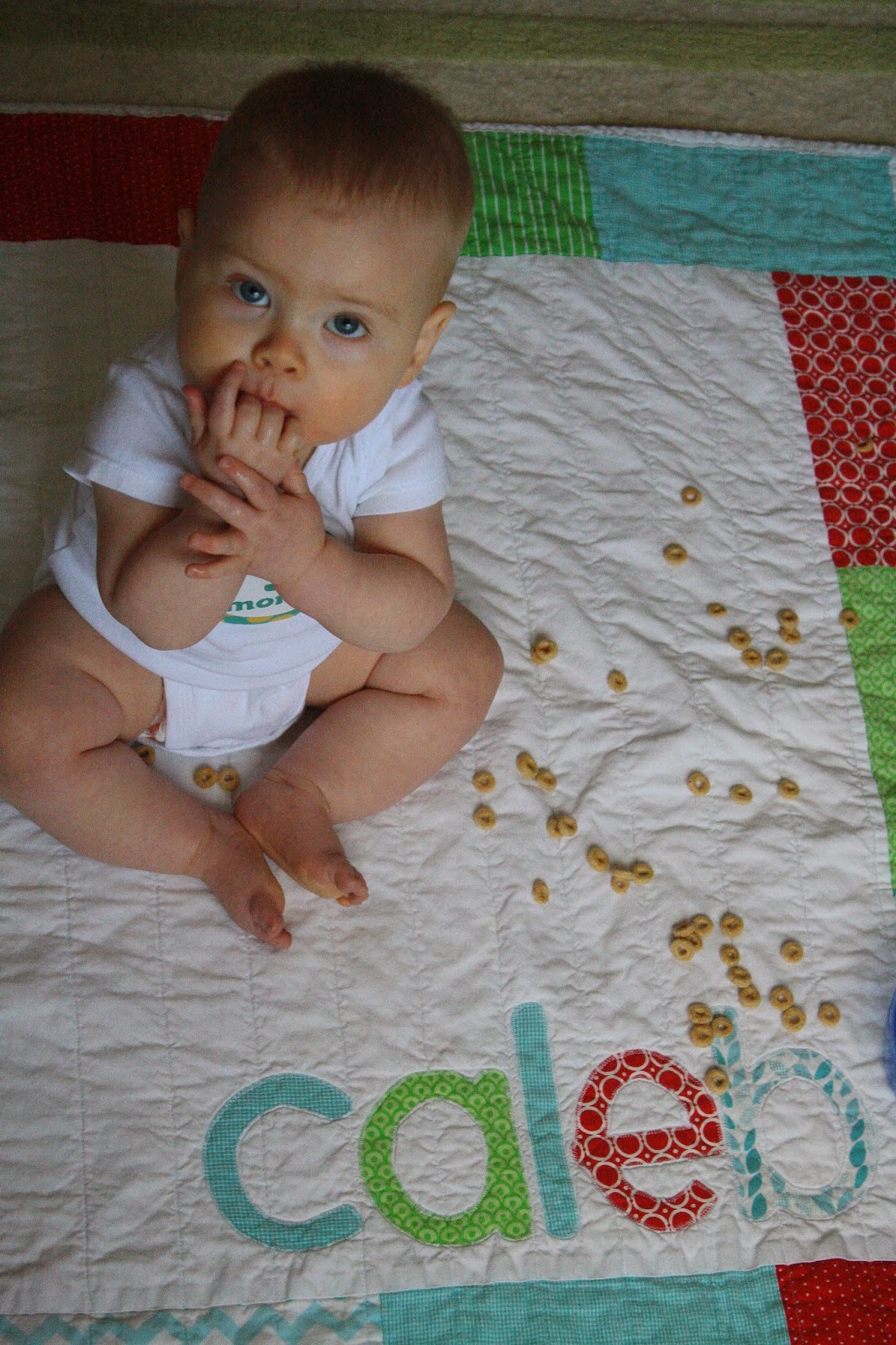 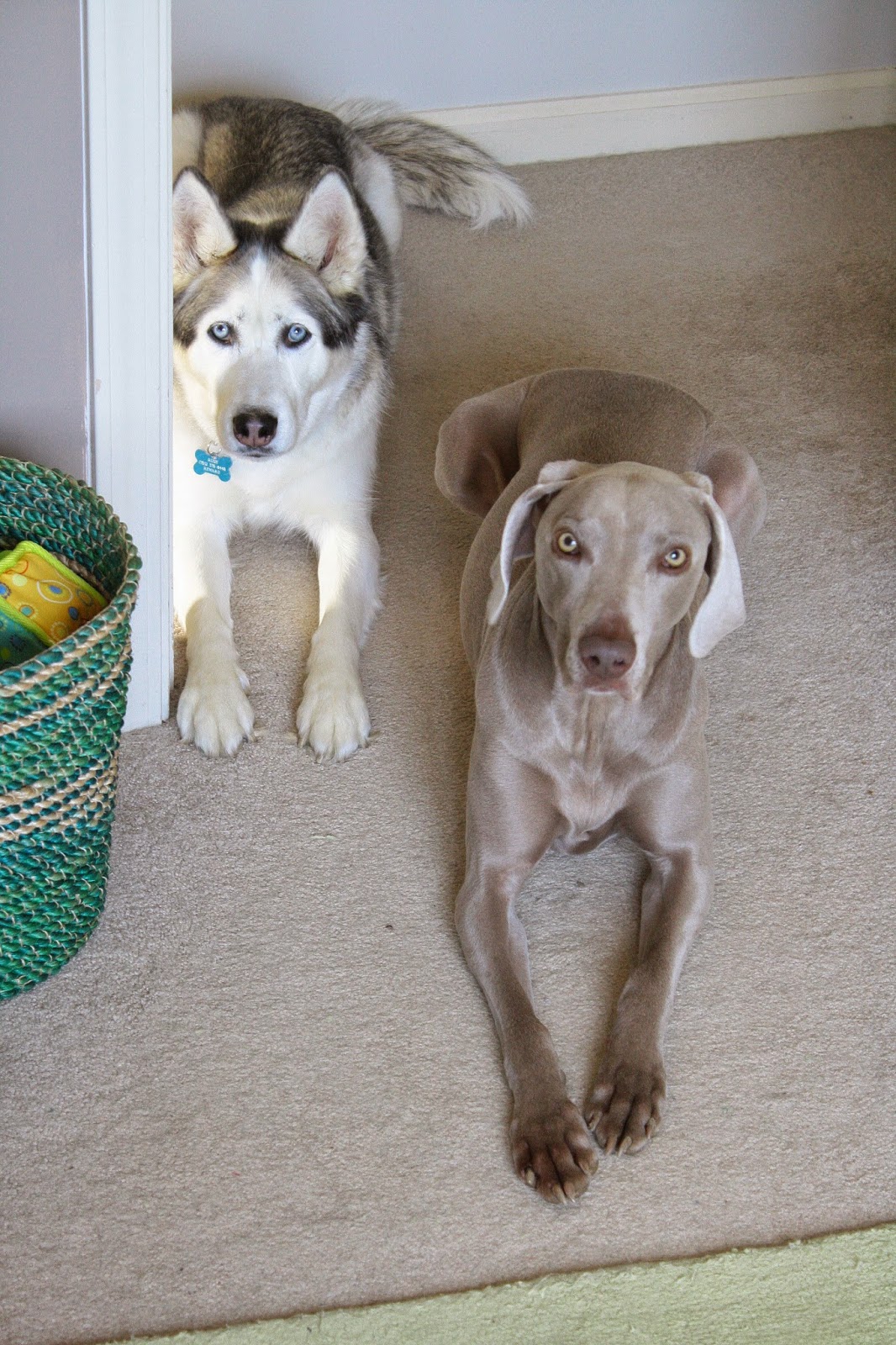 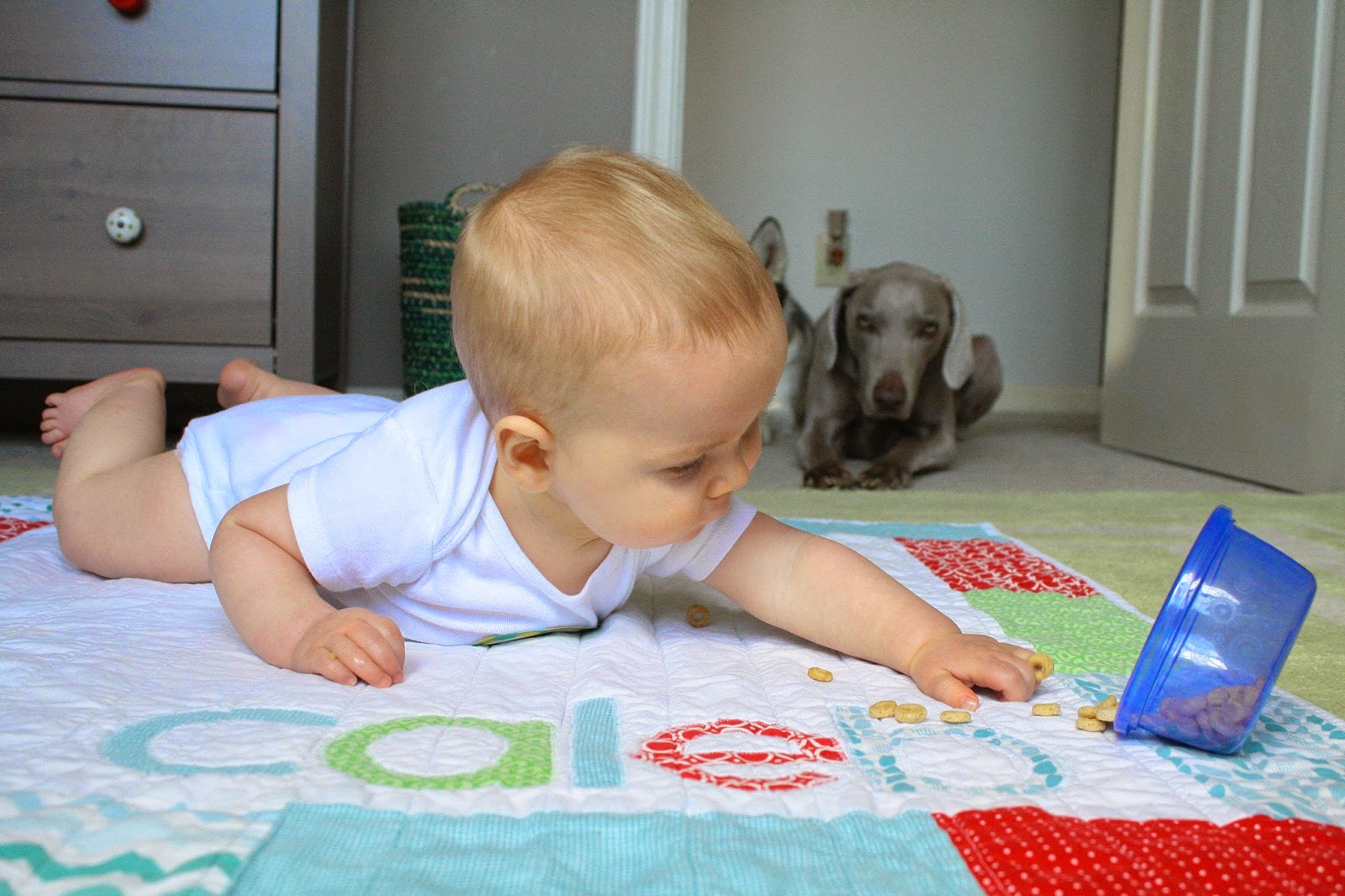 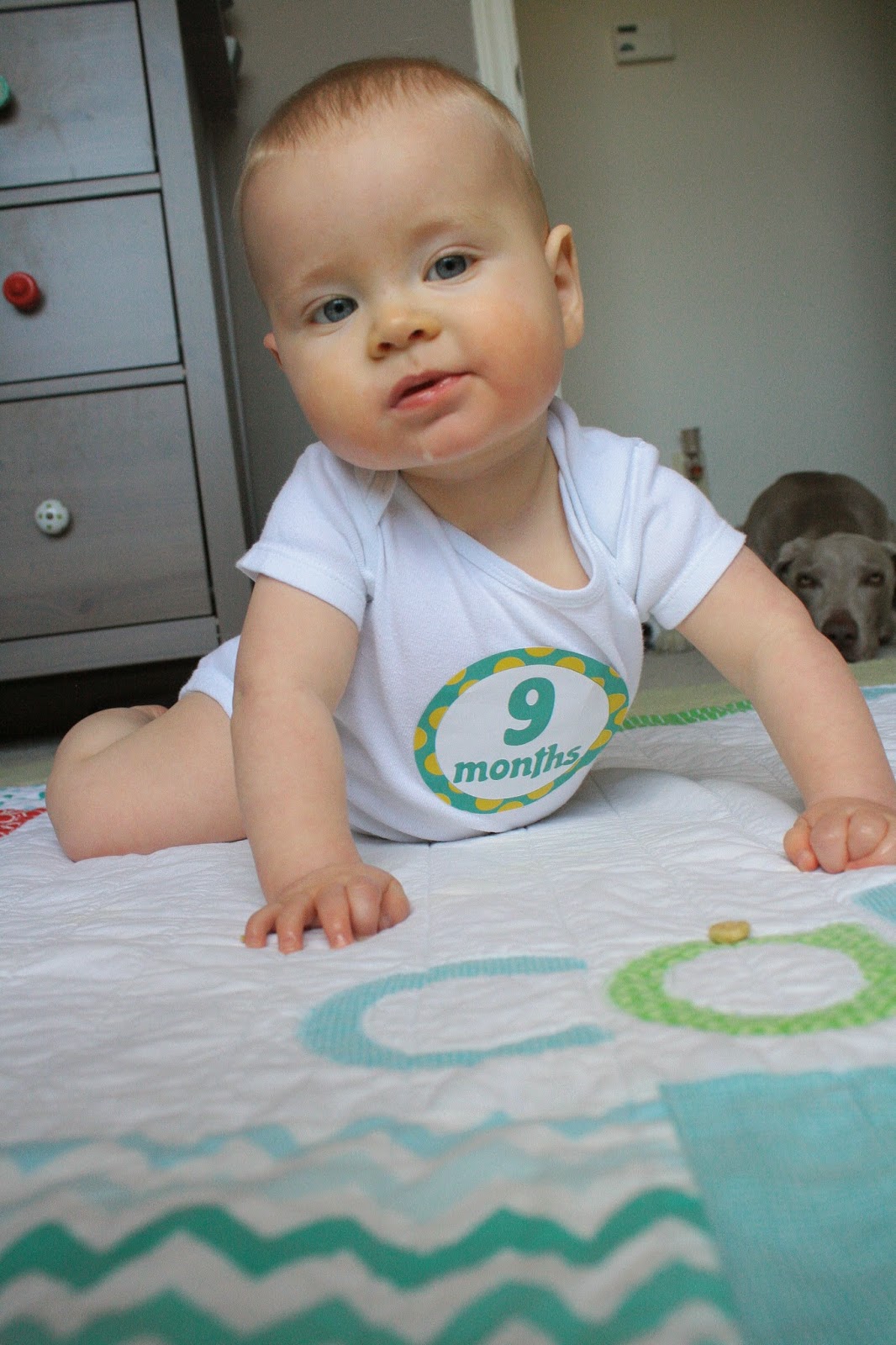 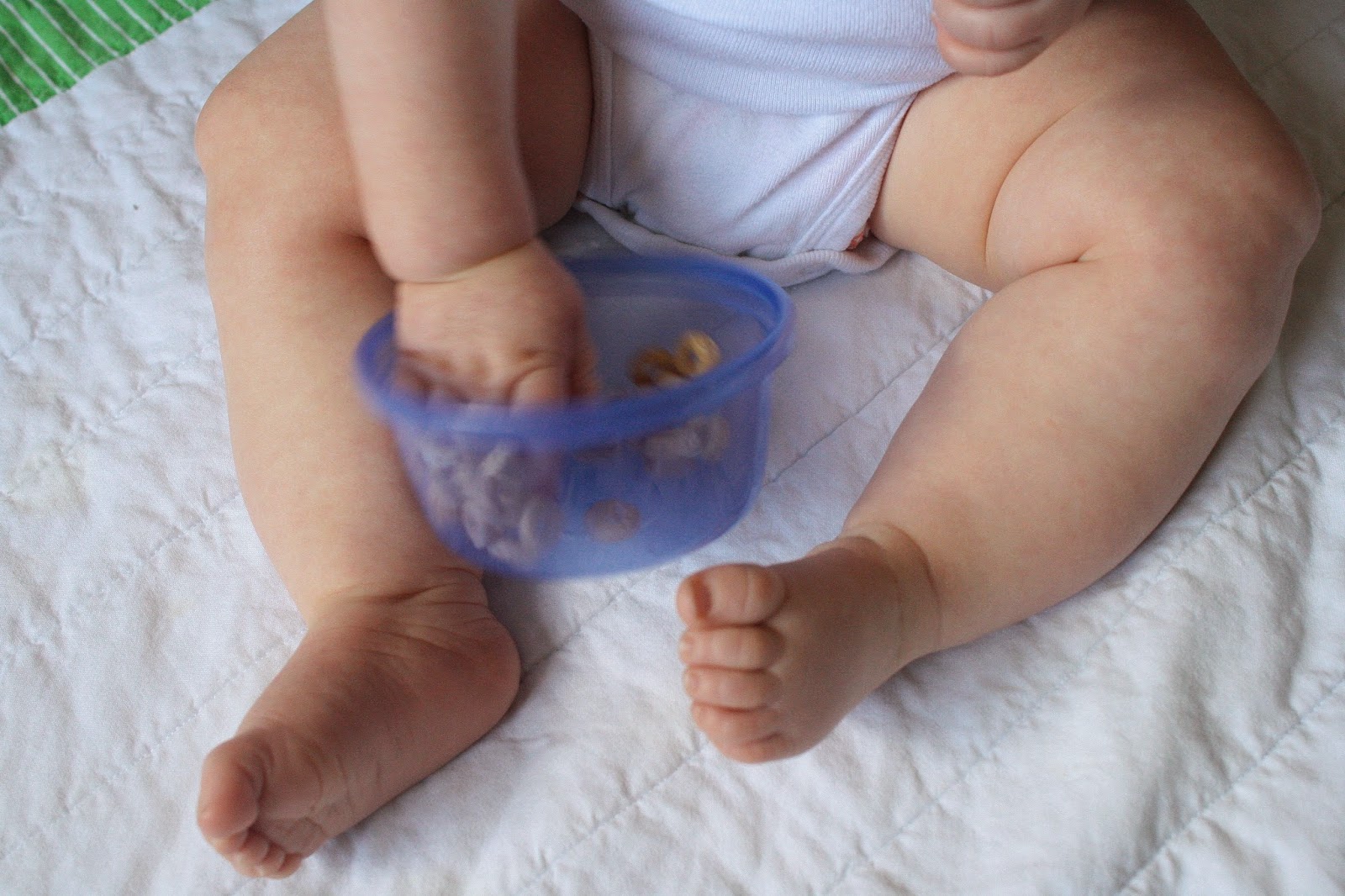 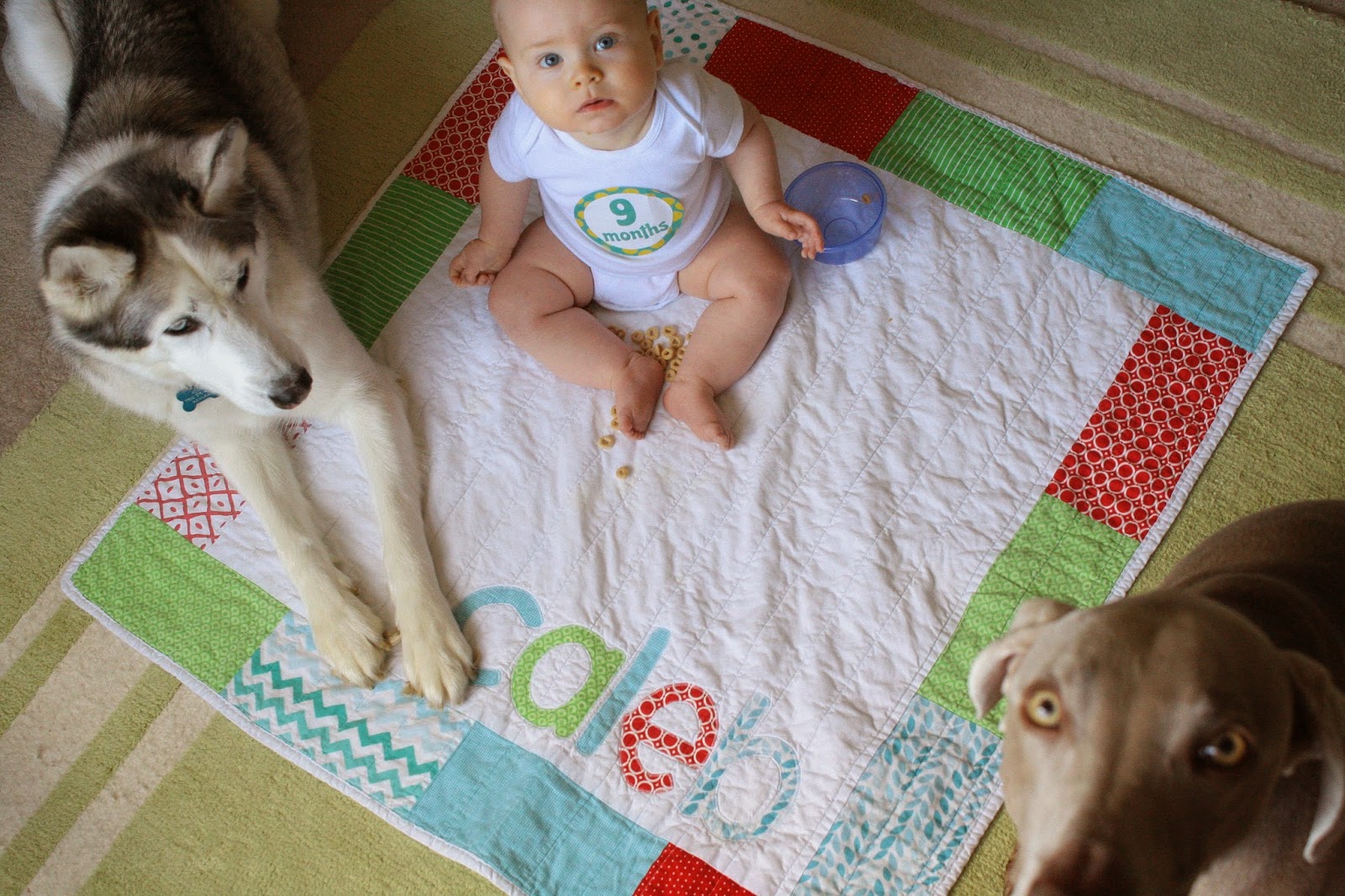 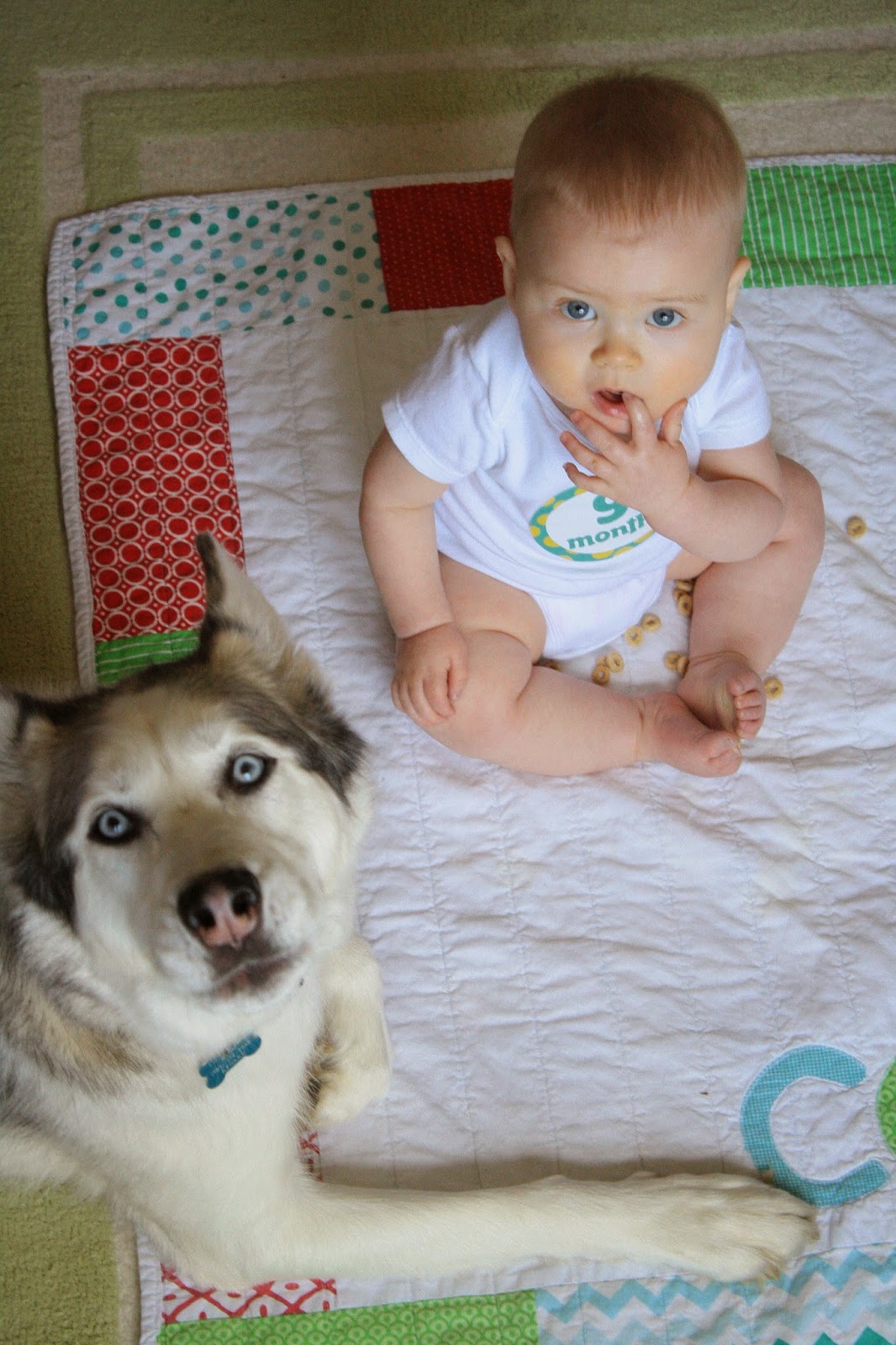 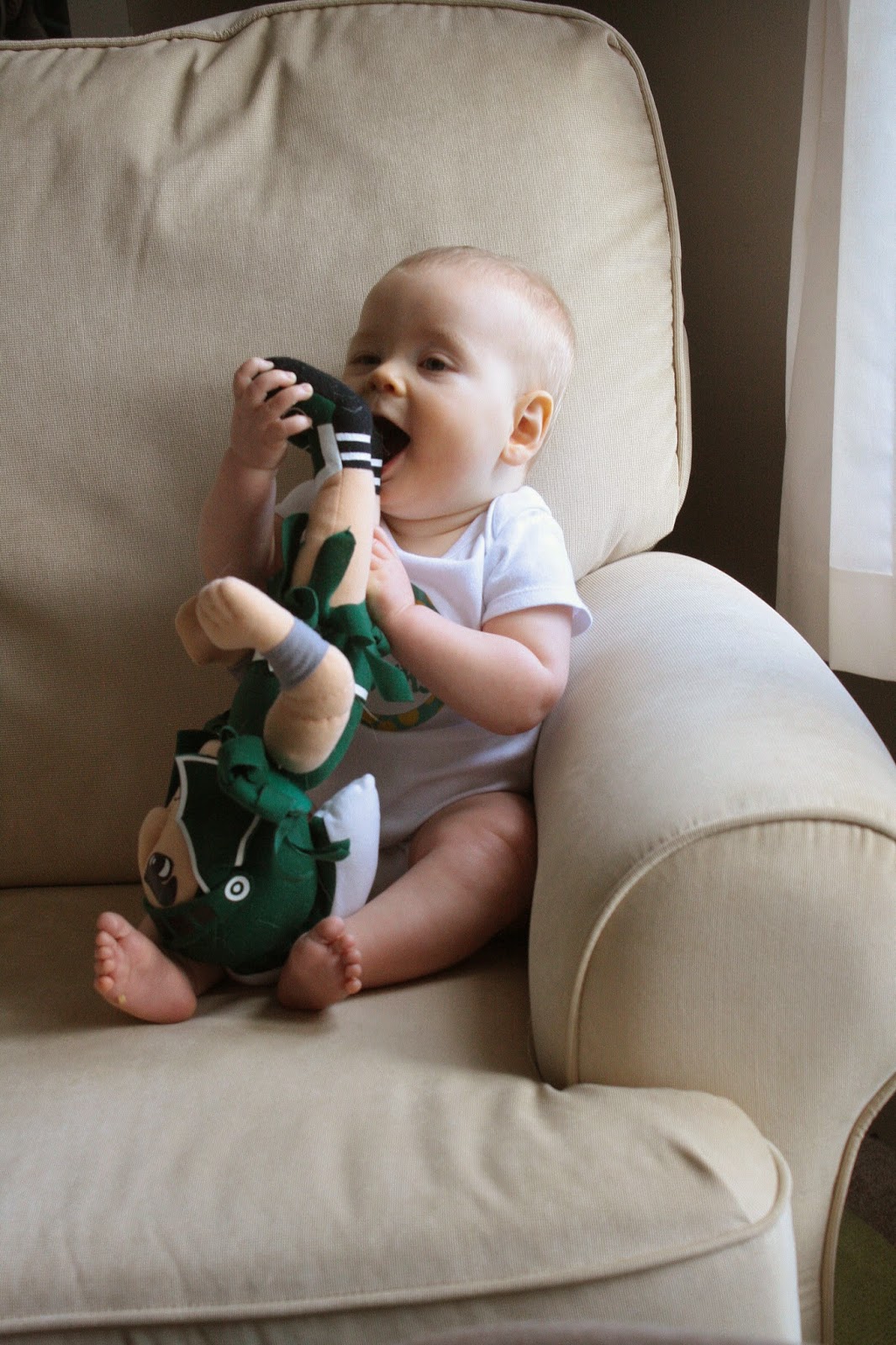 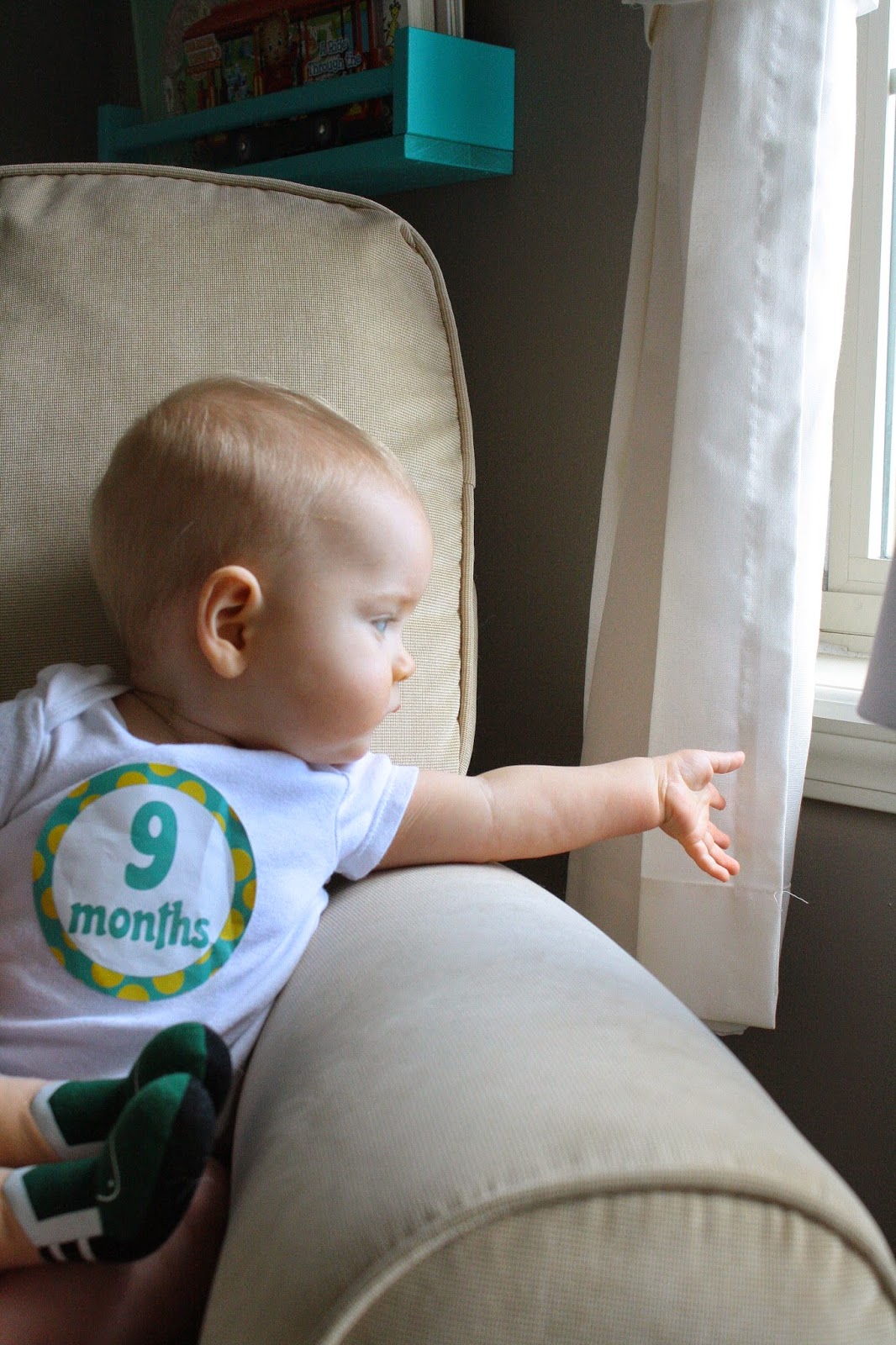 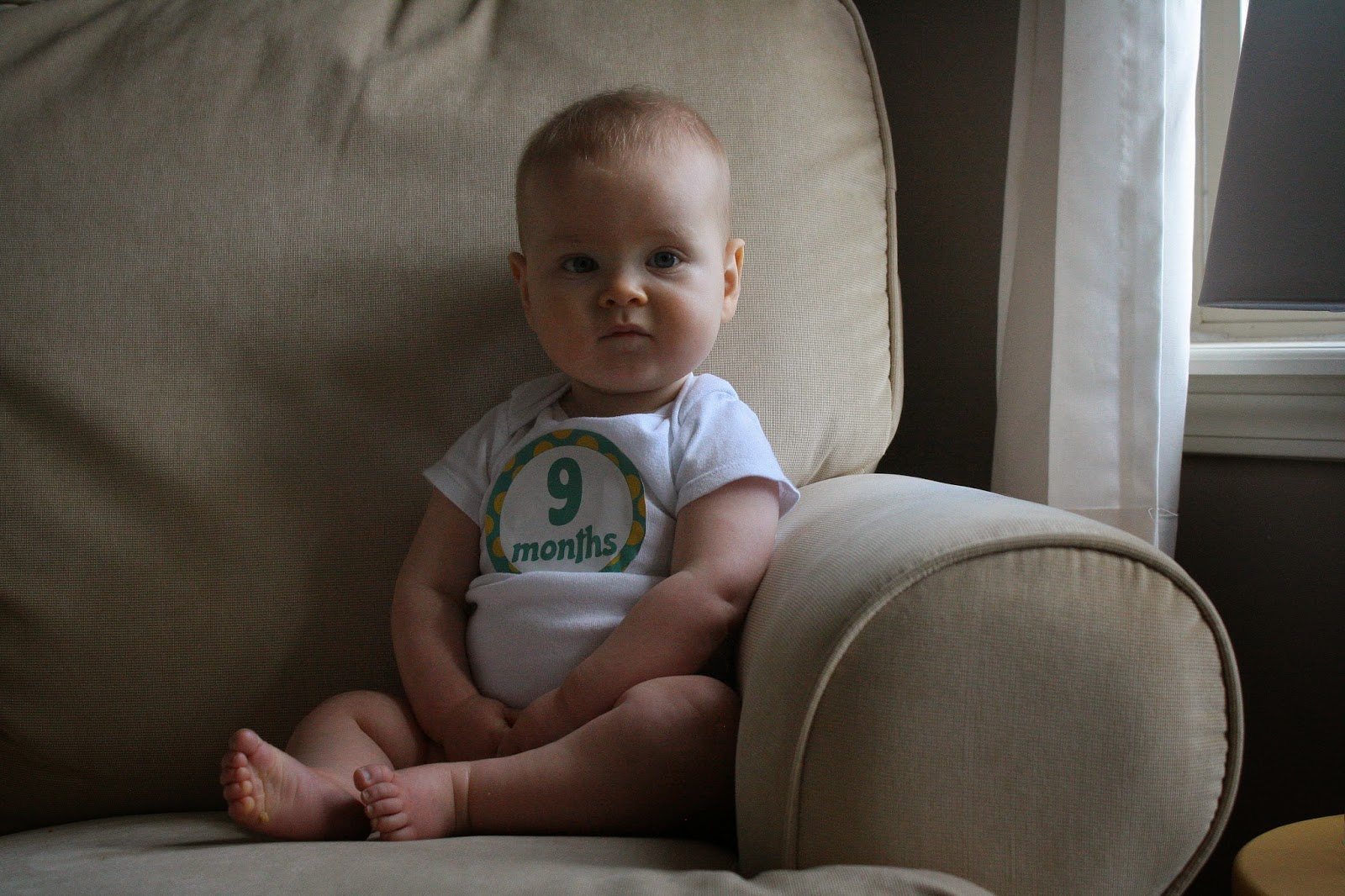 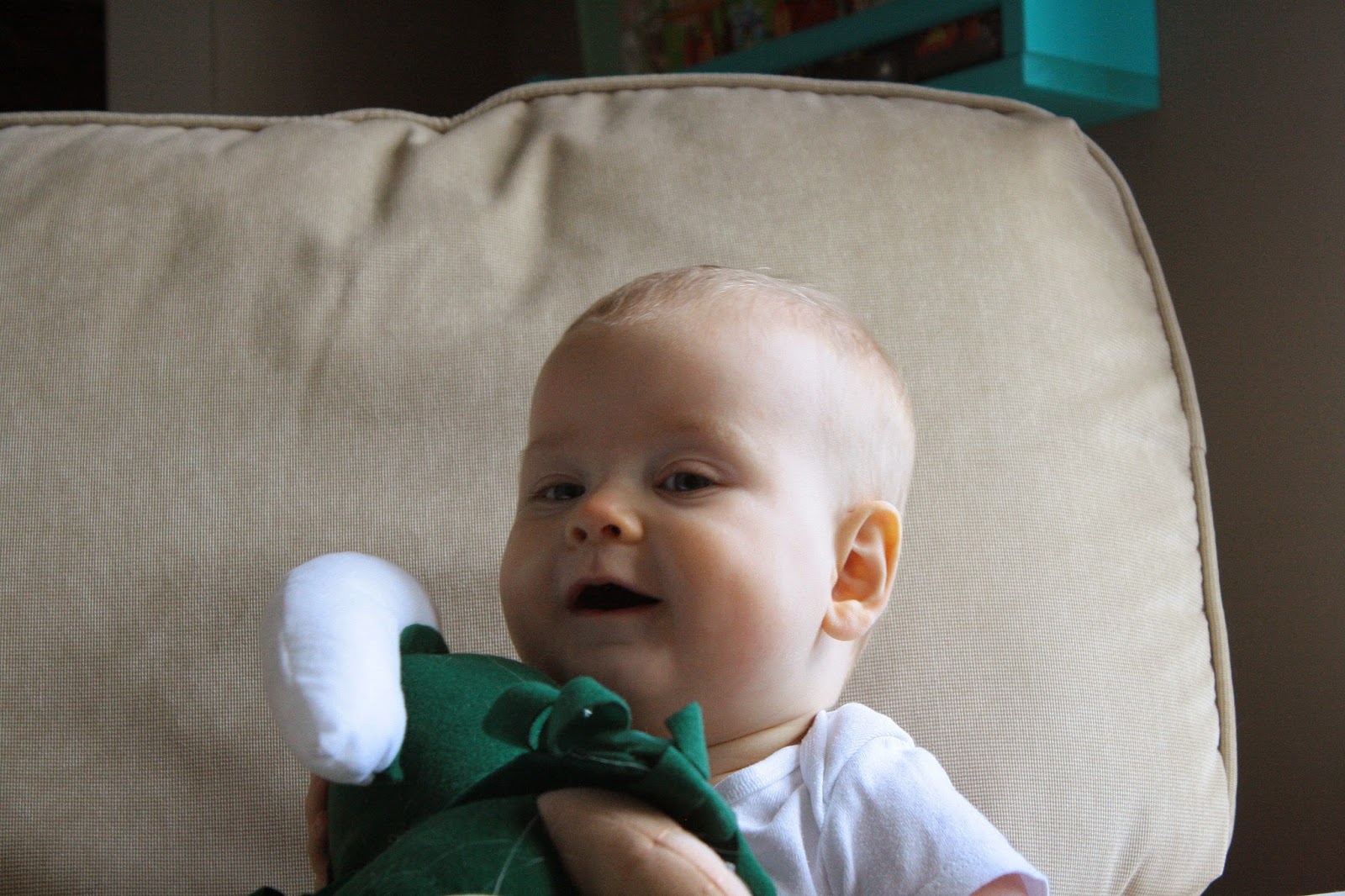 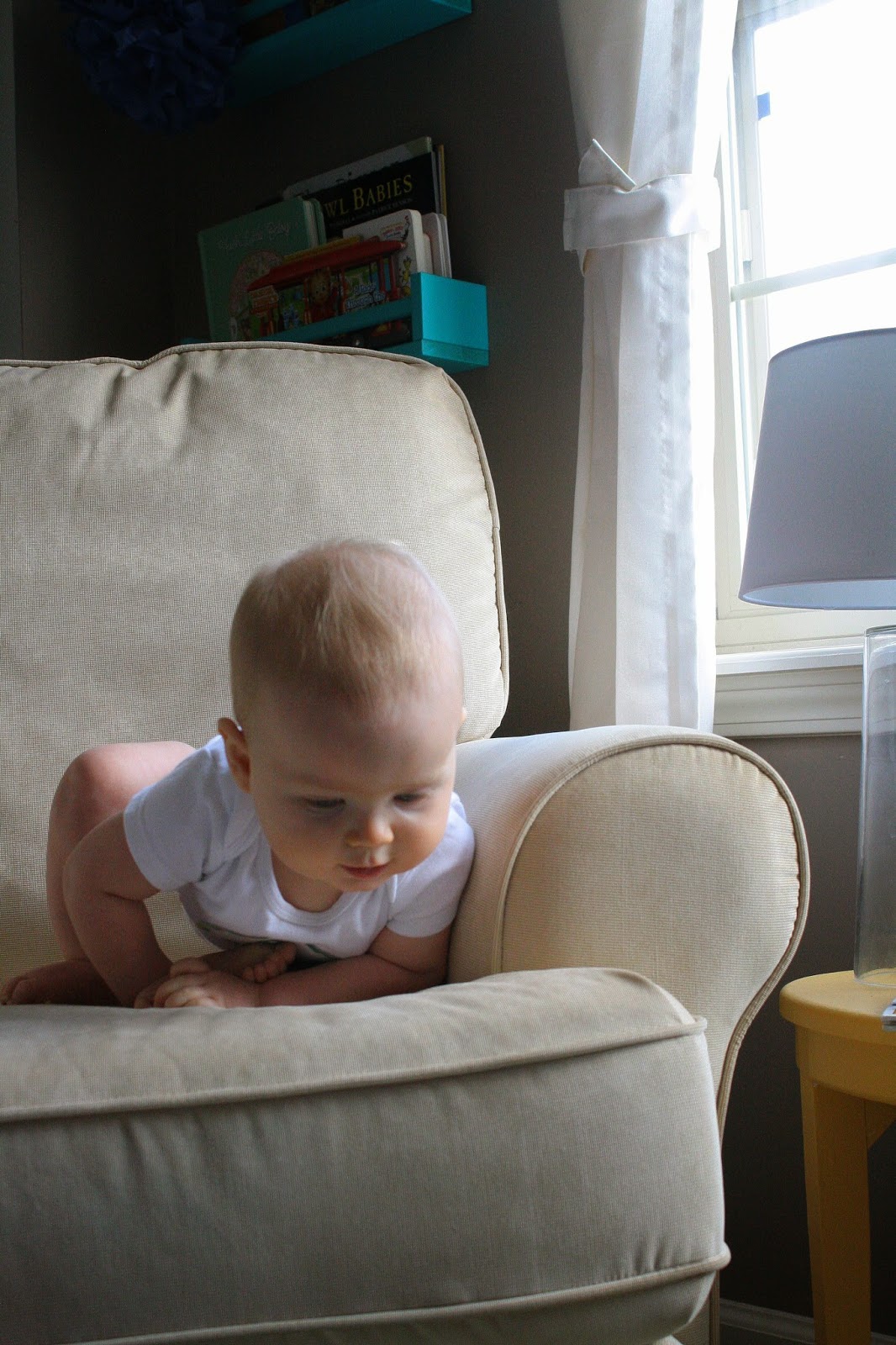 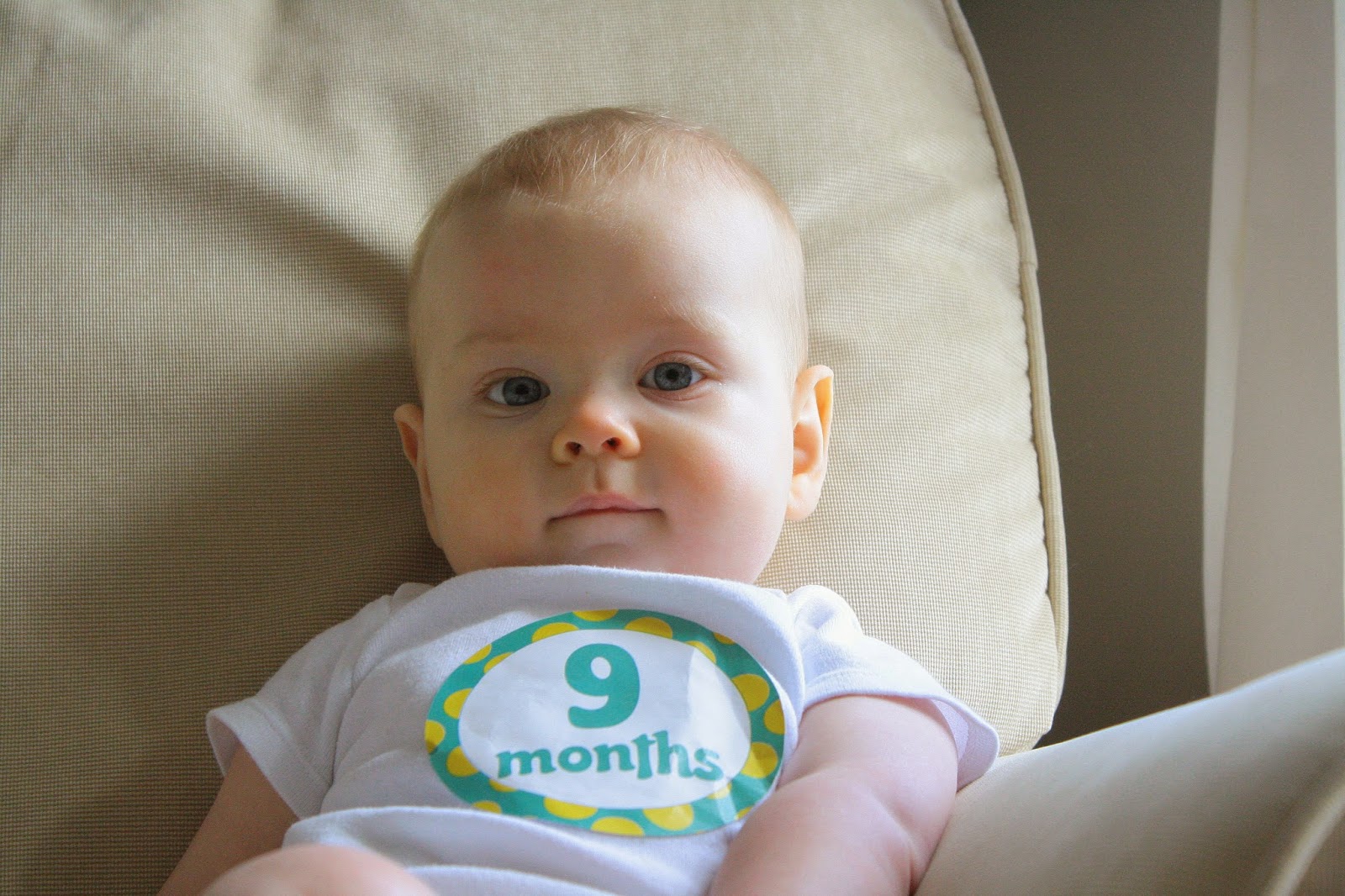 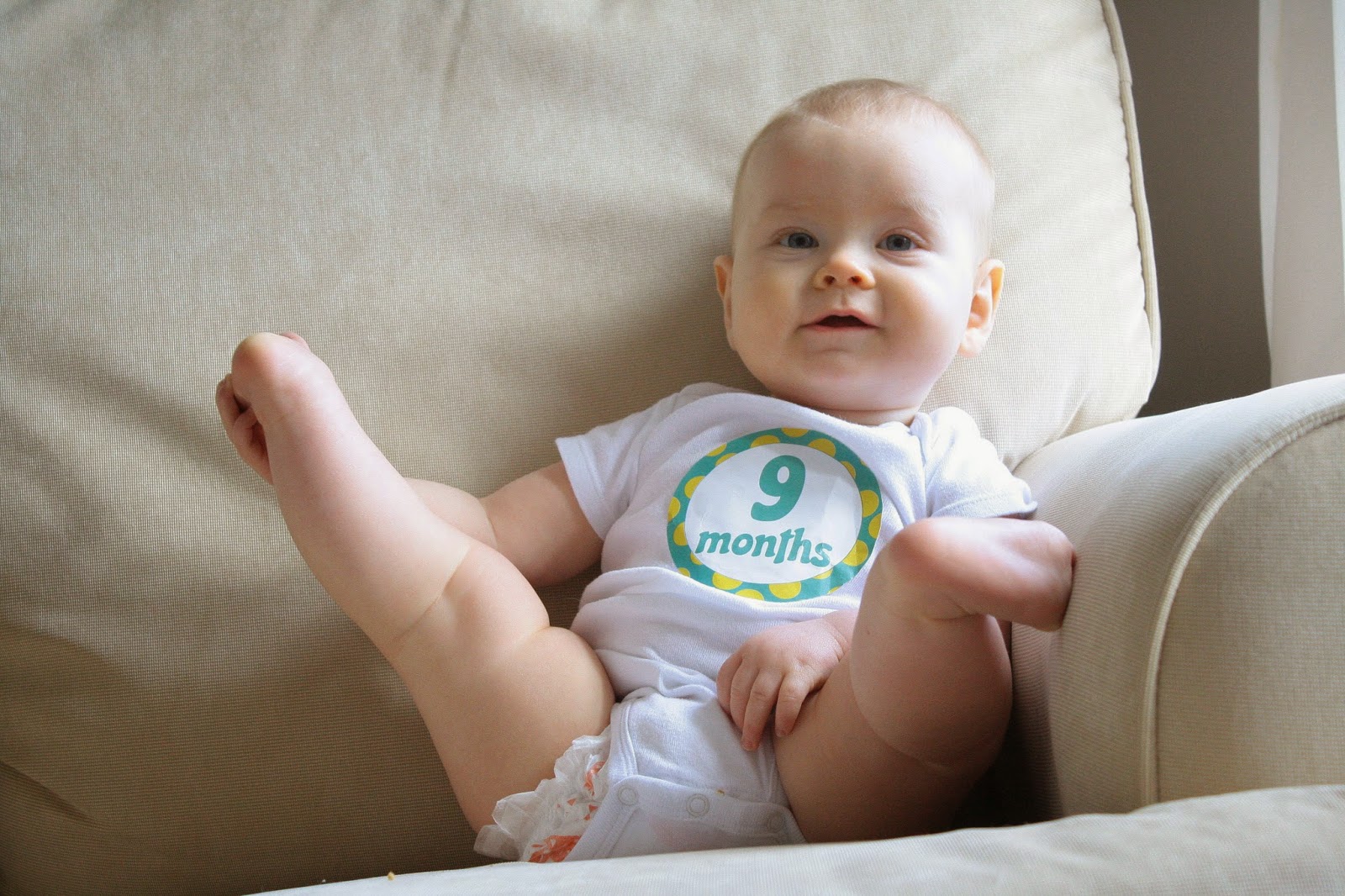 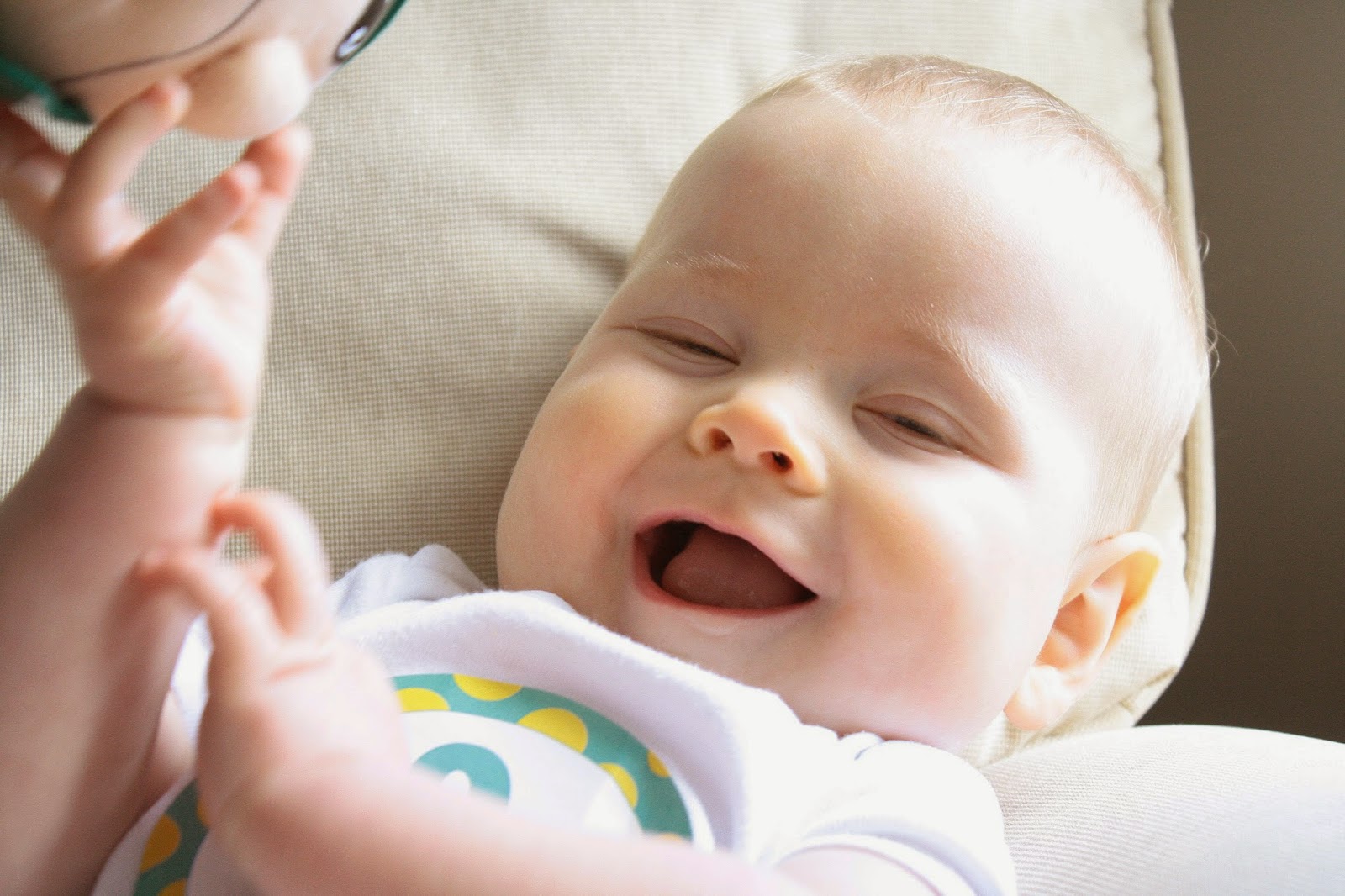 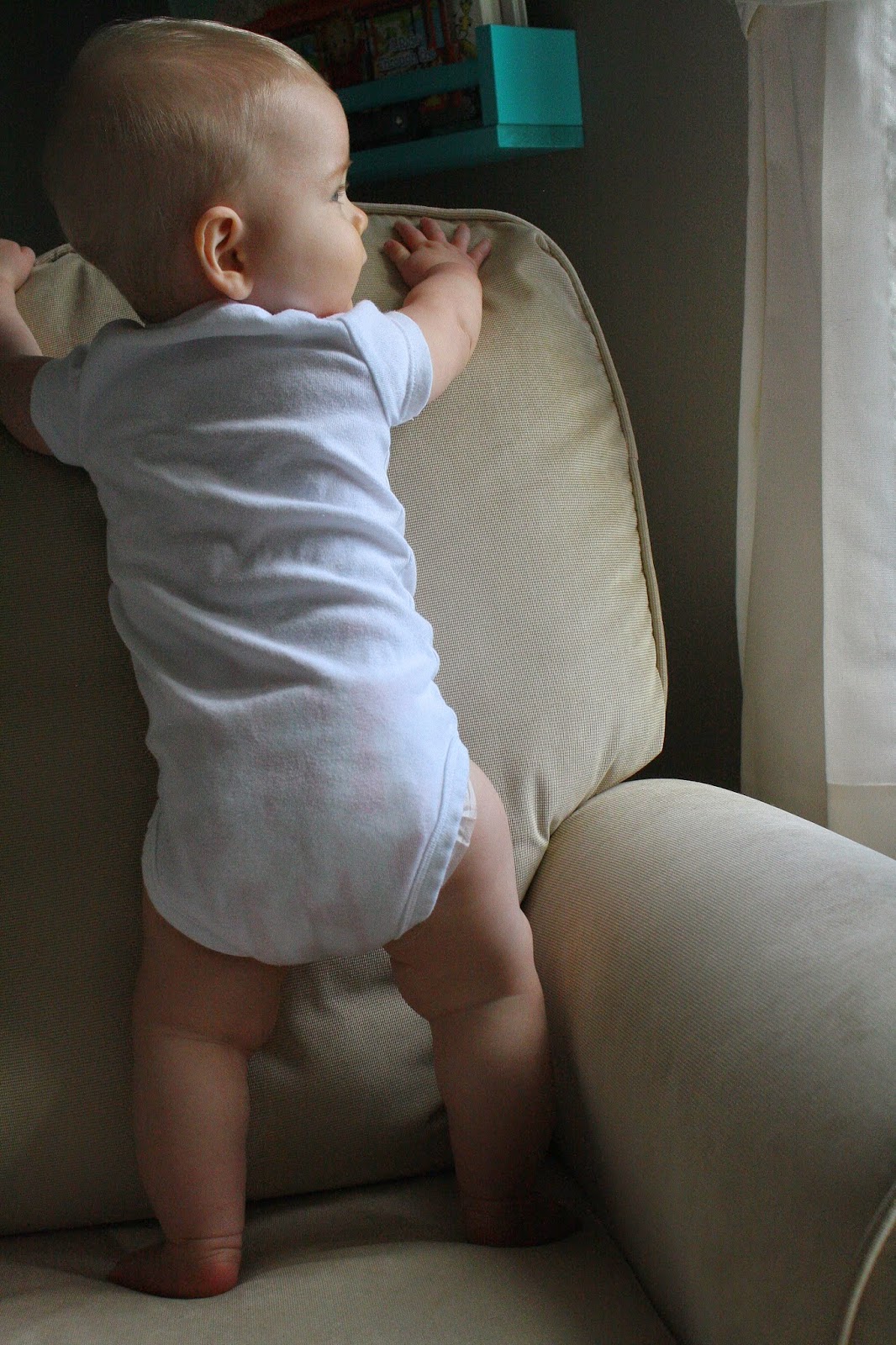 I think nine months might be our sweet spot. Caleb is at such a fun stage right now. It's hard to choose a favorite baby stage, but this might be our's. Little things like being able to sit him at the table with us and eat dinner together {really, he can eat most of what we eat!} or splashing in the tub or babbling in the car to each other- it's all just really fun. I think Justin is especially loving it, because he can truly interact and have tons of fun with Caleb.

And, oh, did you happen to think this post is a Cheerio's ad?? Clearly they're 100% to thank for any shots I was able to get this month! I am not above using food to bribe him to do all sorts of things right now, like photos and crawling. Caleb still loves to eat, and would probably do so all day if I let him. He is really good at feeding himself, which the doctor said sort of makes of for his lack of large motor skills. I mean, if you had the choice to crawl around or stuff your face with food- which would you choose?

At his nine month appointment, we found out that Caleb is holding steady as a little guy. It's funny, because we get so many comments on how big he is or how large his head seems {weird thing to say to someone?}, but all of those measurements are pretty below average. He's into some 9 month clothing {mostly pjs and onesies}, but other than that is in 3-6 or 6 month. I actually dug out some clothes that were big on him last year and found out that he will easily be wearing some 0-3 month shorts this summer. That is bananas!
While he's still a pretty lazy kid and content to sit up and play with his toys, rather than crawling- this was still a big month for Caleb! We finally ditched the swaddle for good {we'd been doing it for naps still} and he literally woke up one day and was done with his pacifier. I blame the pacifier ditch on teething- because he seemed to be over it the same day I noticed two teeth working their way in. And now he has two cute little crooked teeth on the bottom!
We've also noticed a little change in his personality. Caleb is jabbering more, laughing lots, and getting upset more. I guess all the feelings come together? He's still such an even-keeled kid but is getting better at expressing any emotions. Primarily when we don't feed him fast enough.

New this month:: done with swaddle and pacifier, eating table foods, first teeth, rolled to belly {in crib}, became side sleeper, practicing pulling himself up
Posted by Katie at Thursday, March 19, 2015