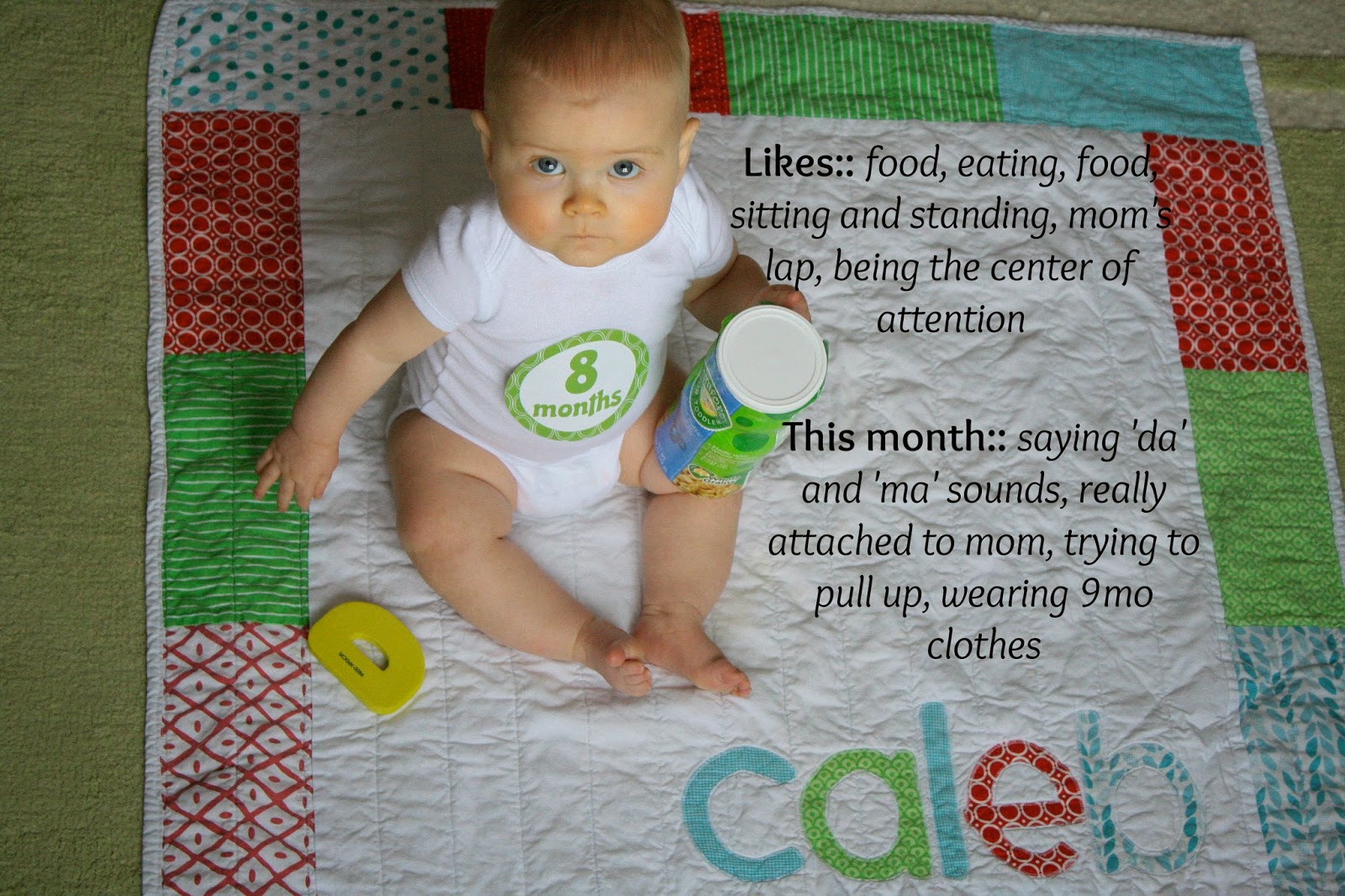 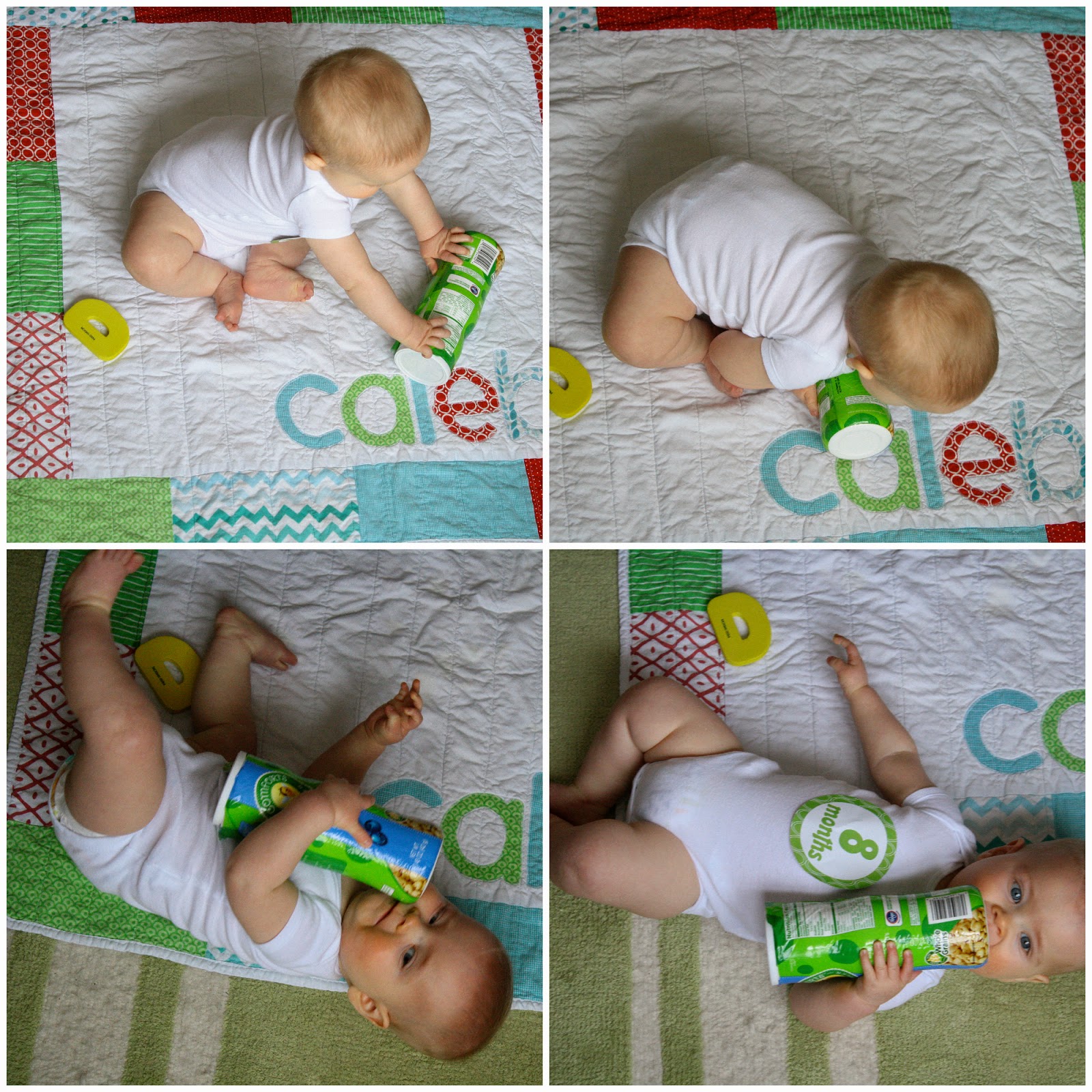 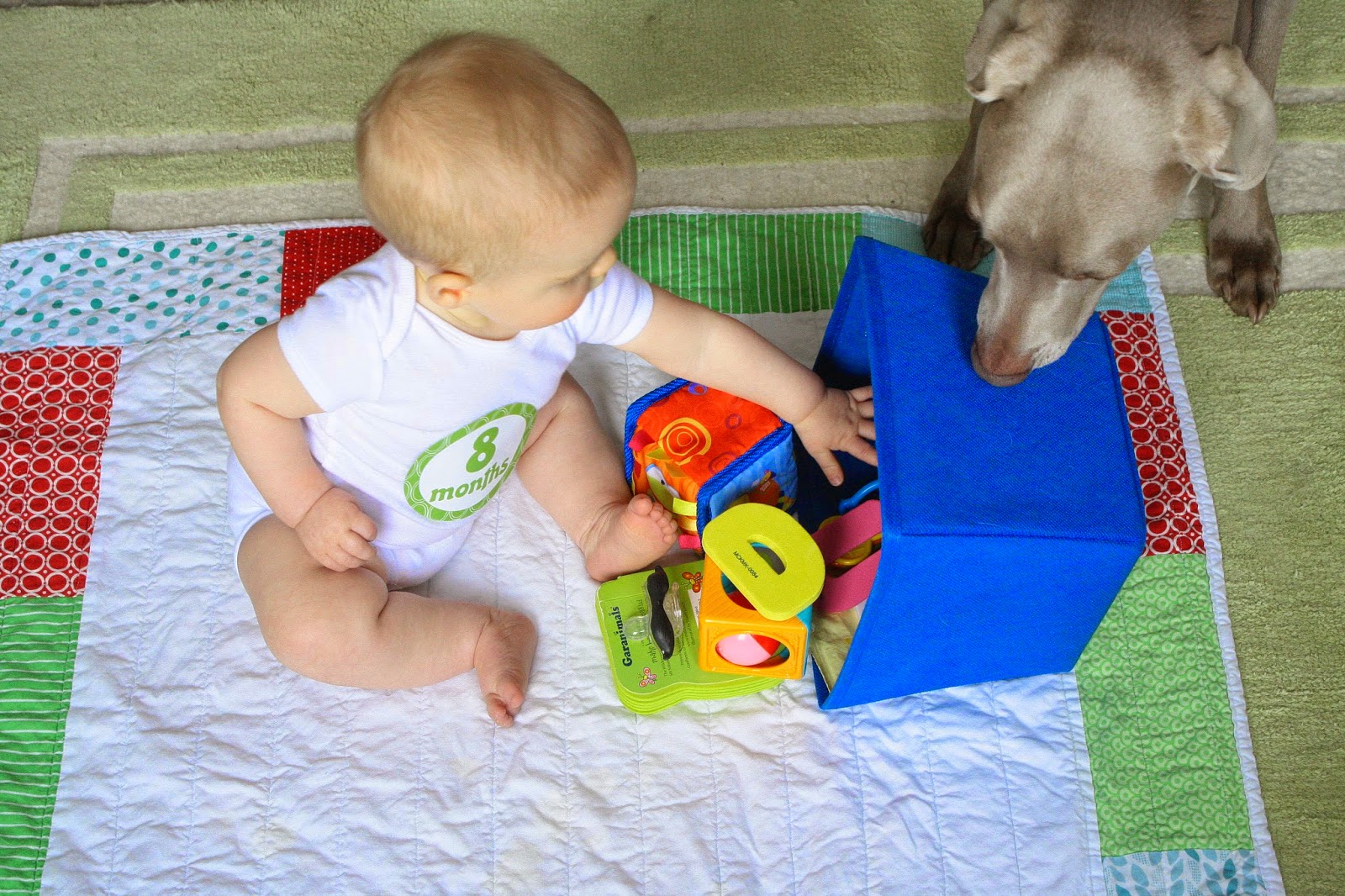 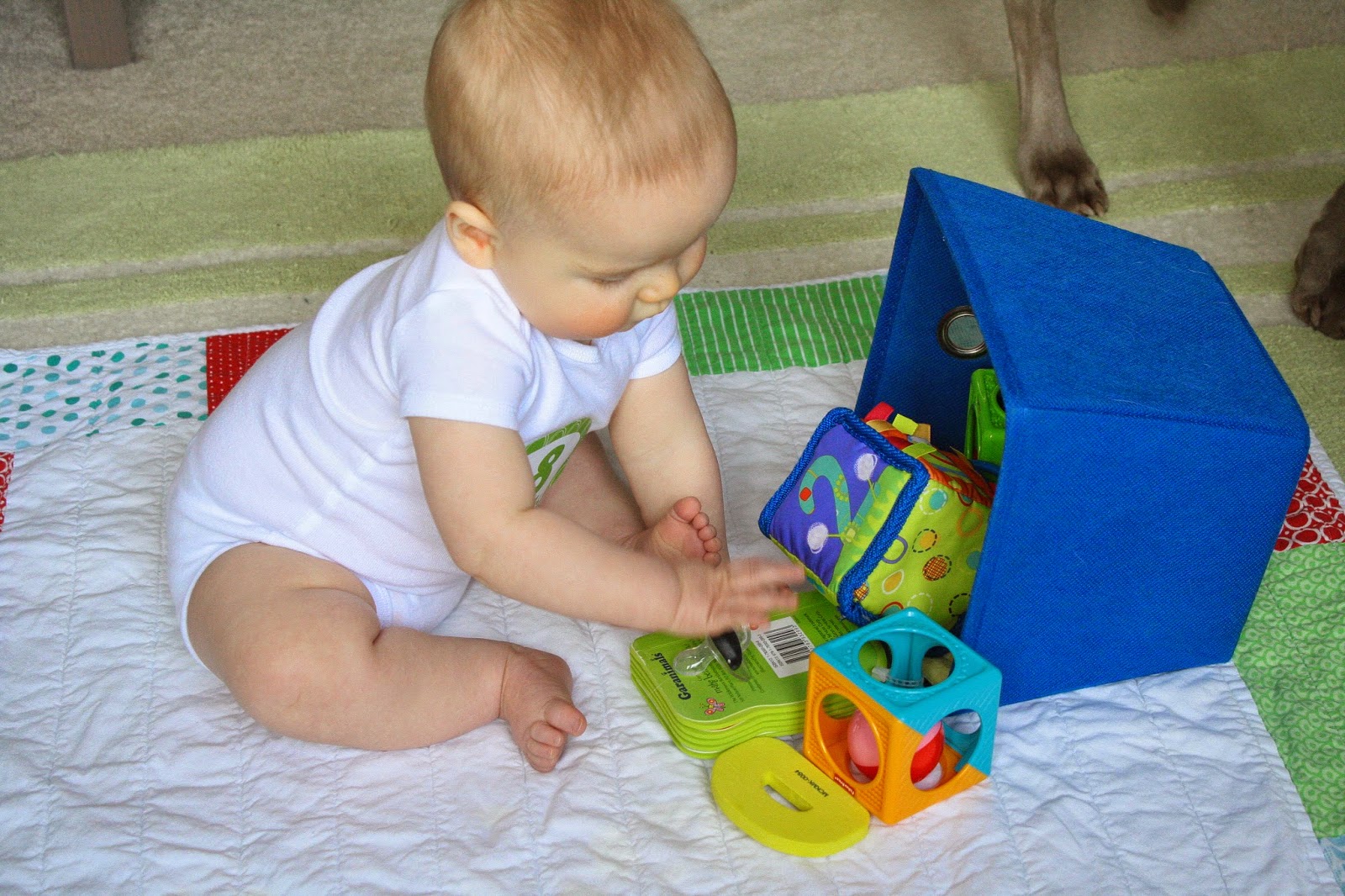 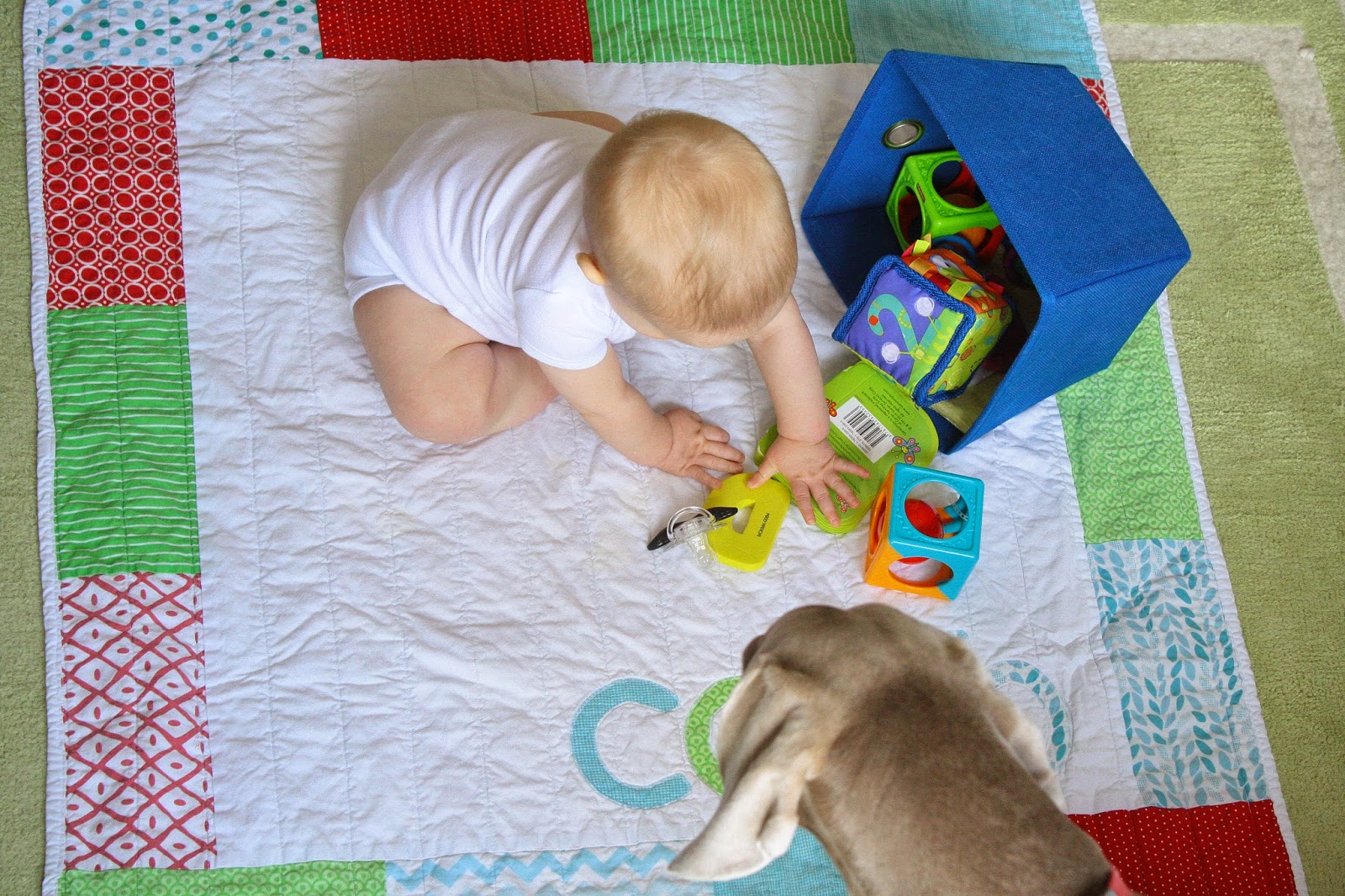 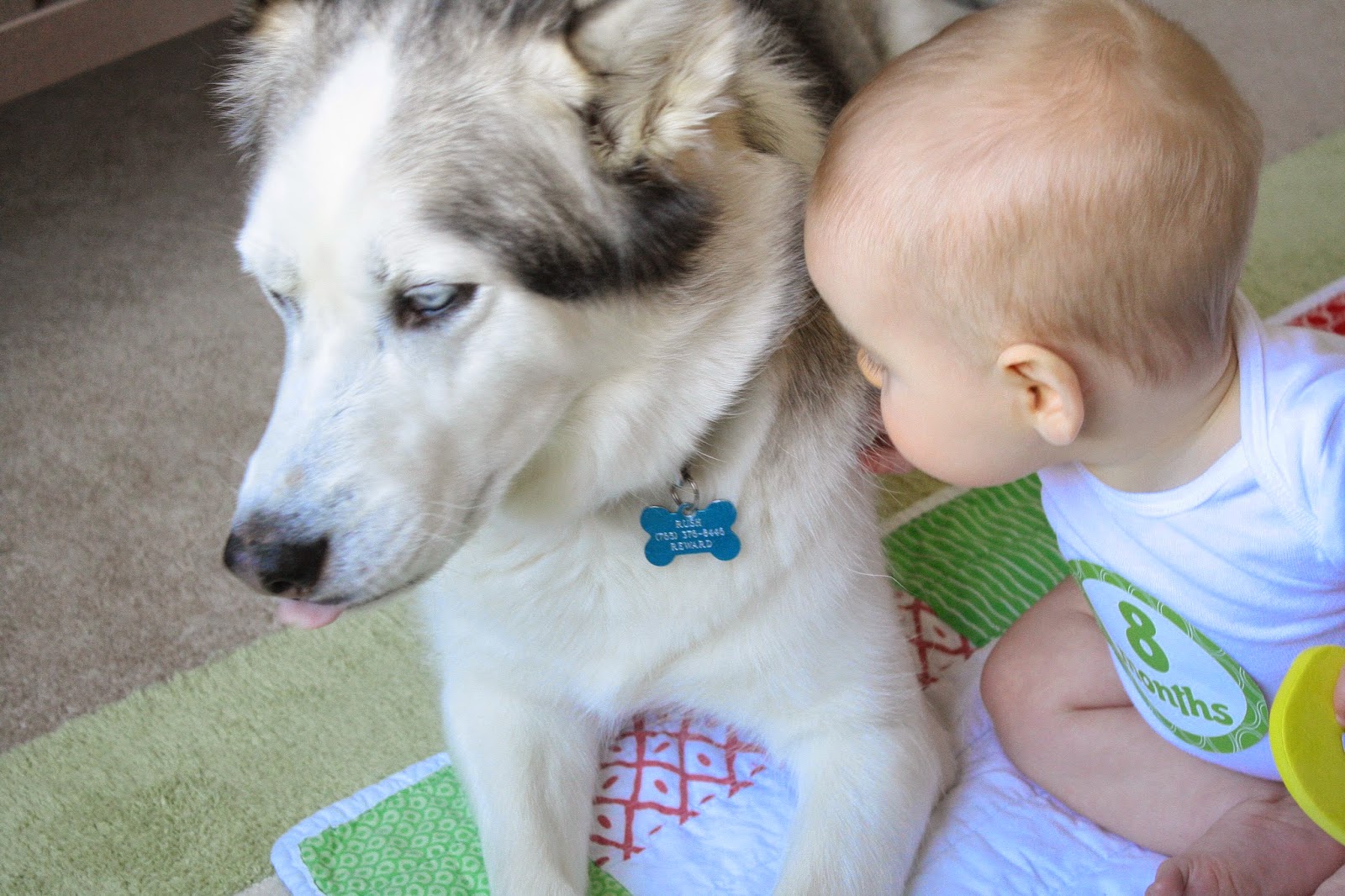 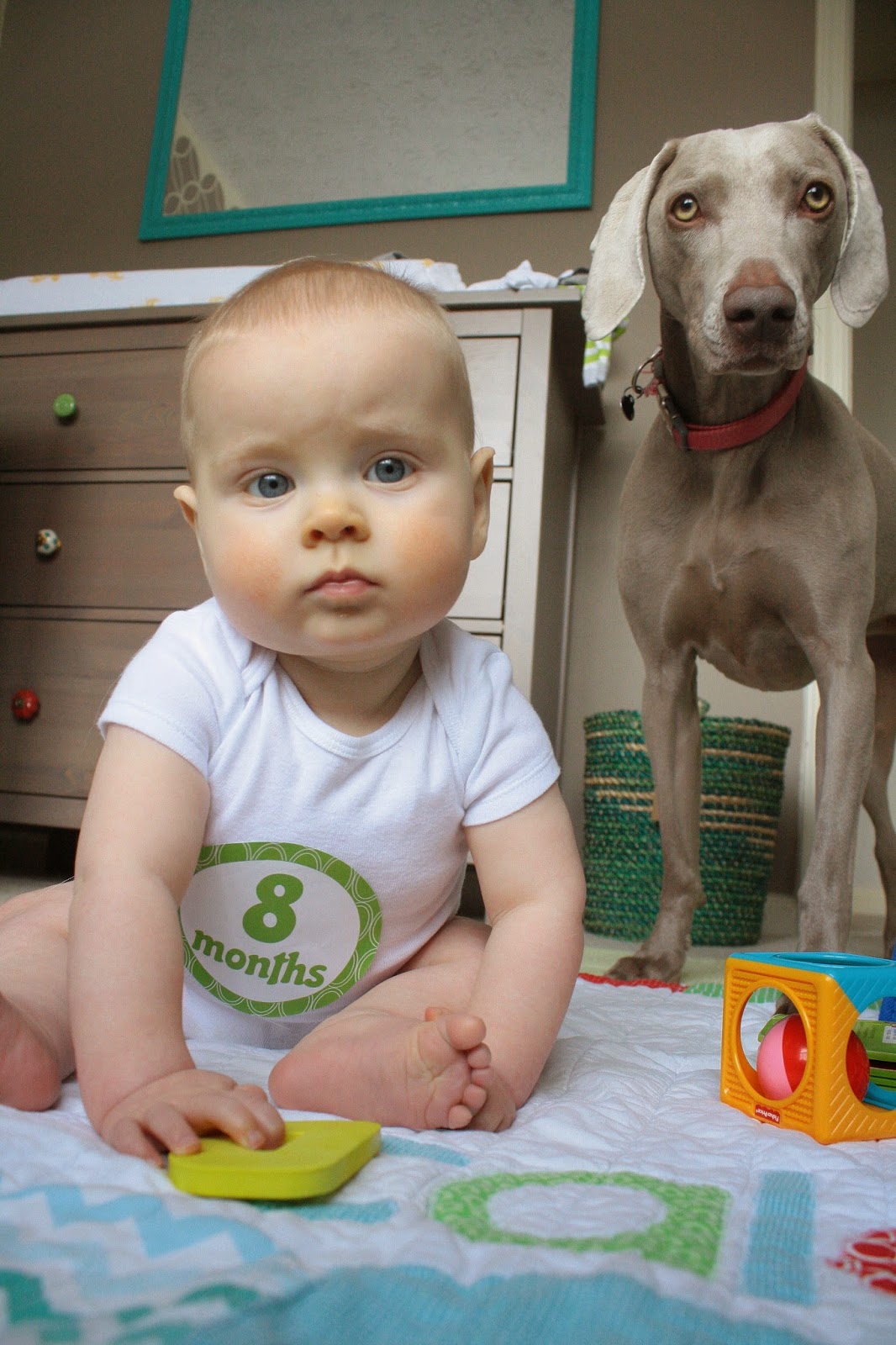 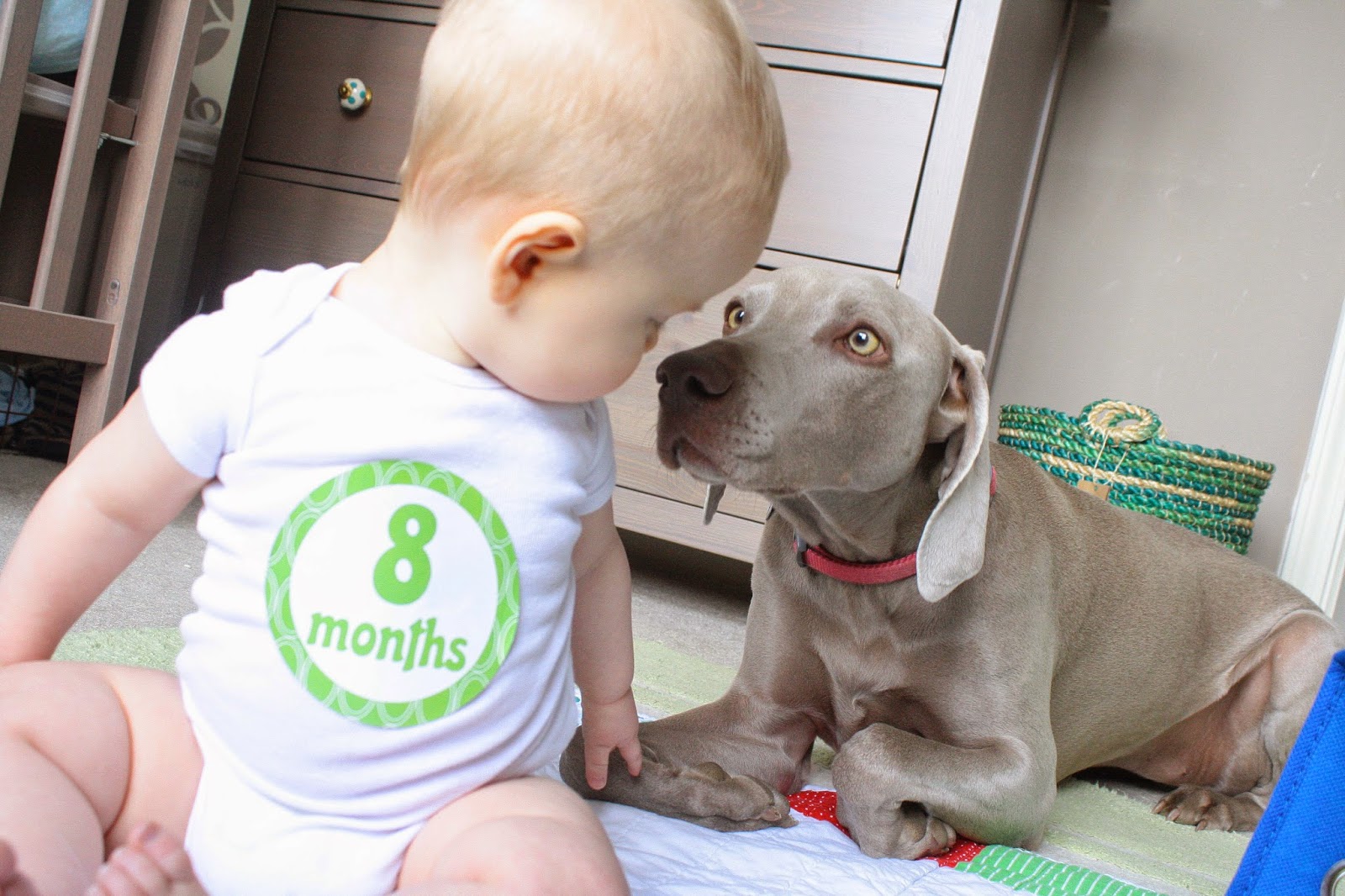 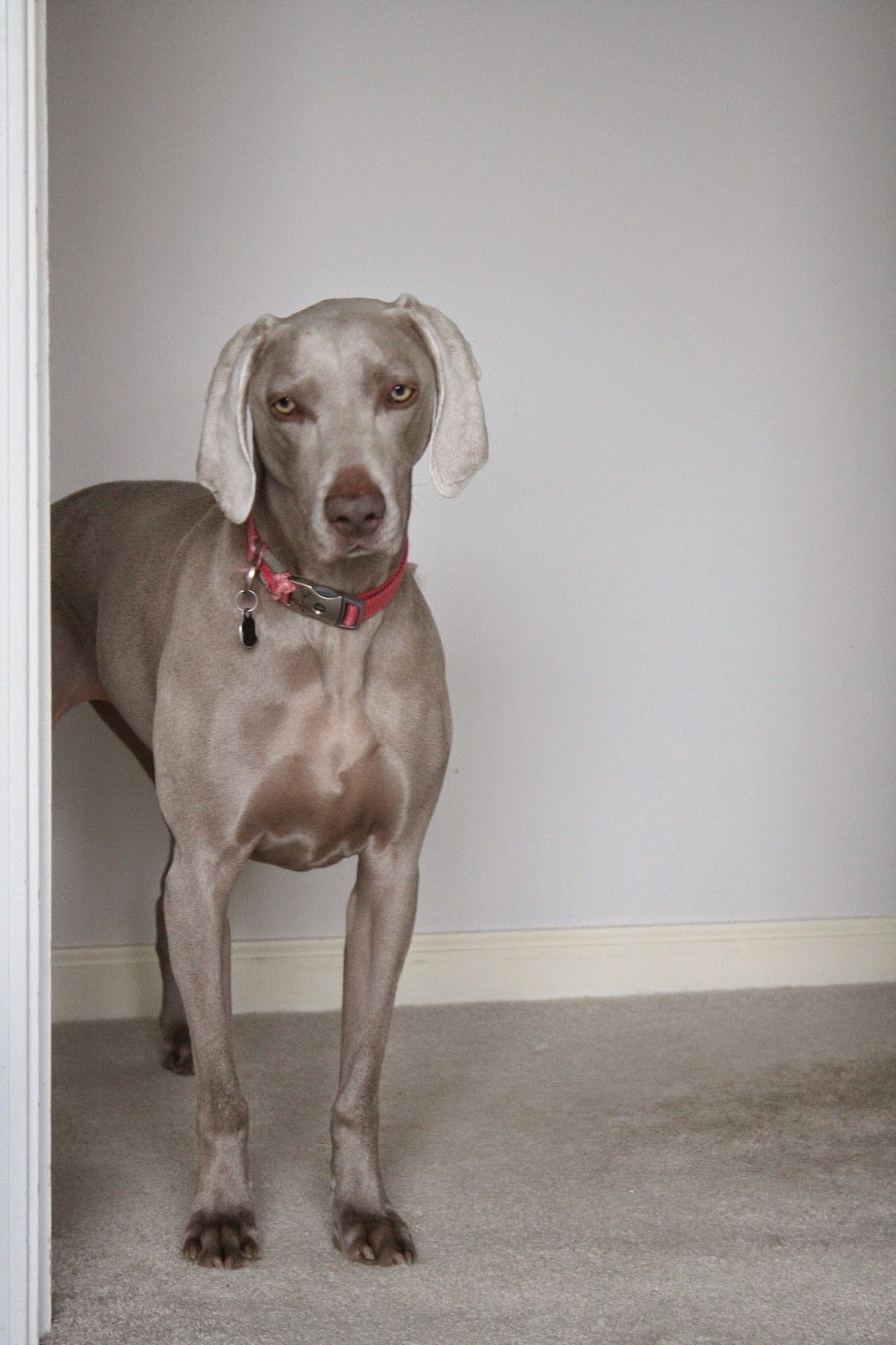 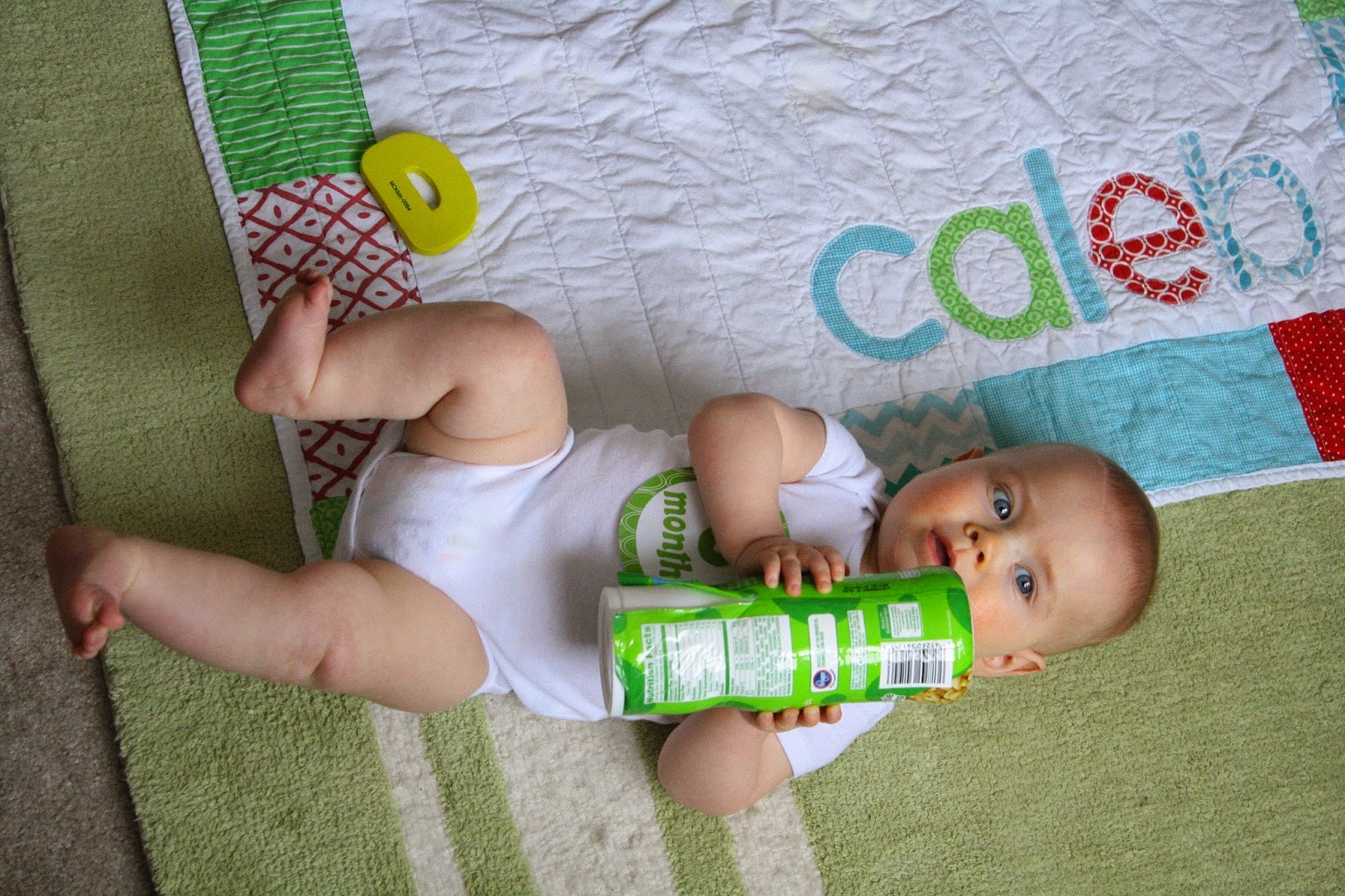 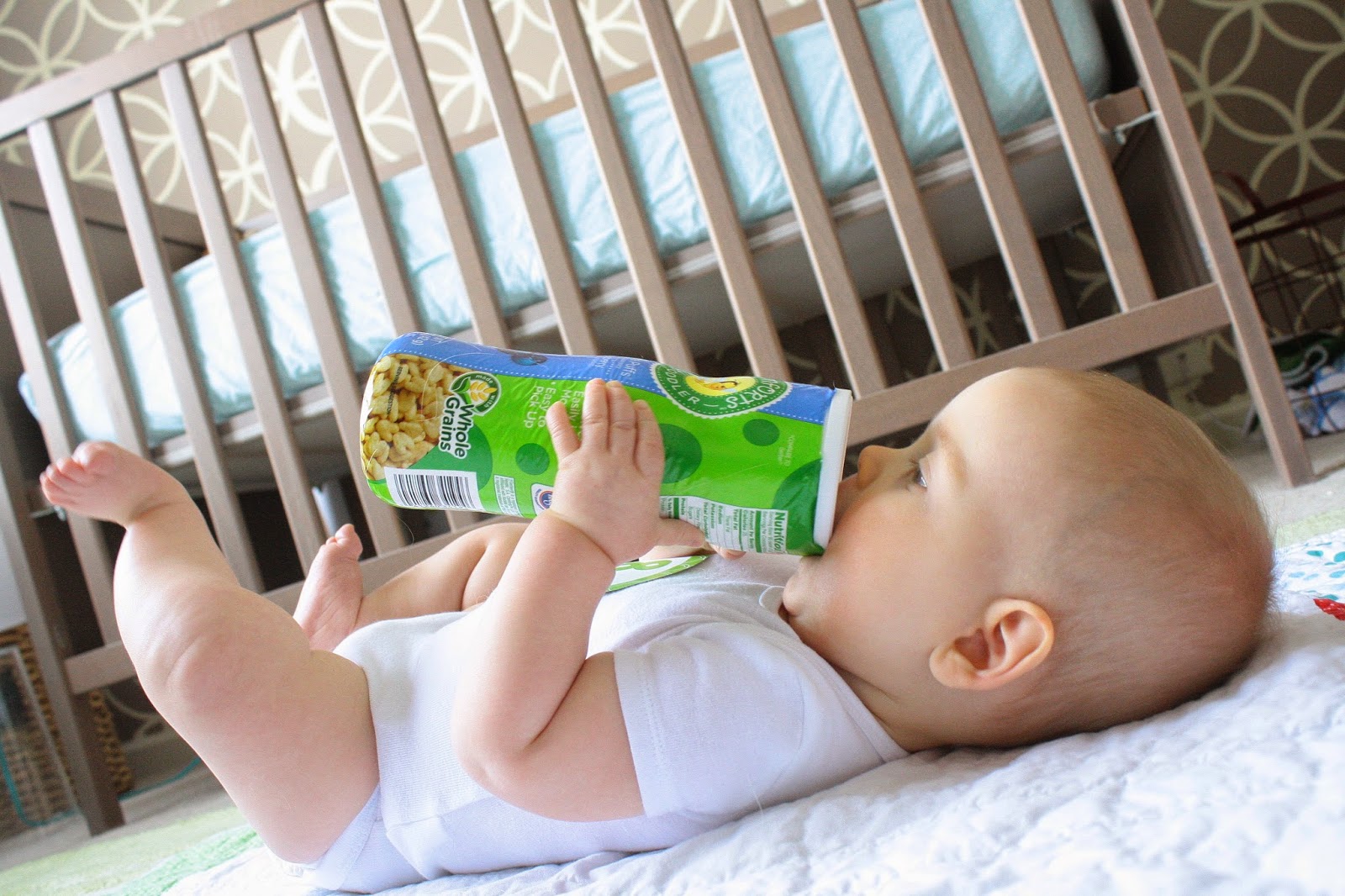 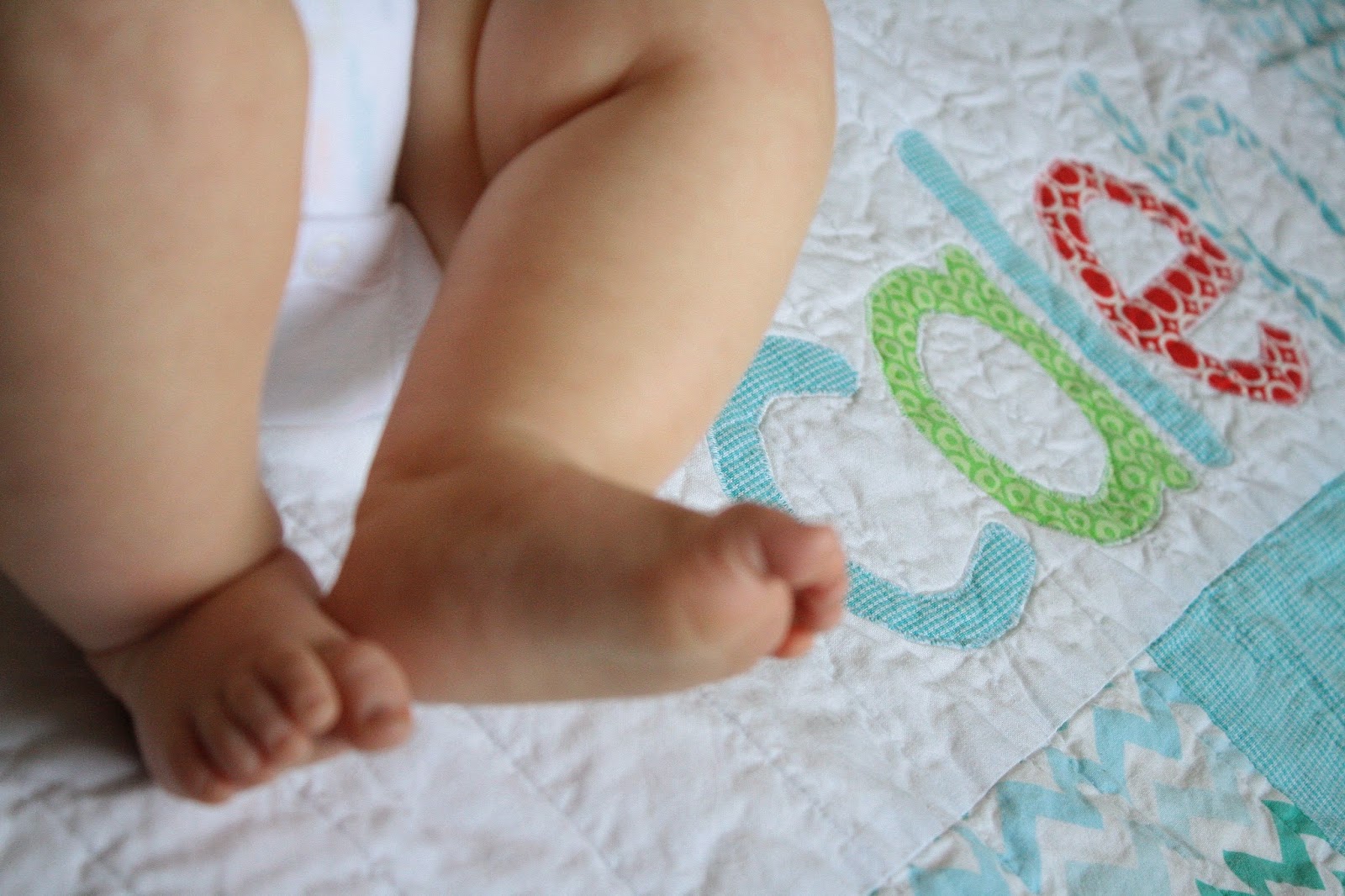 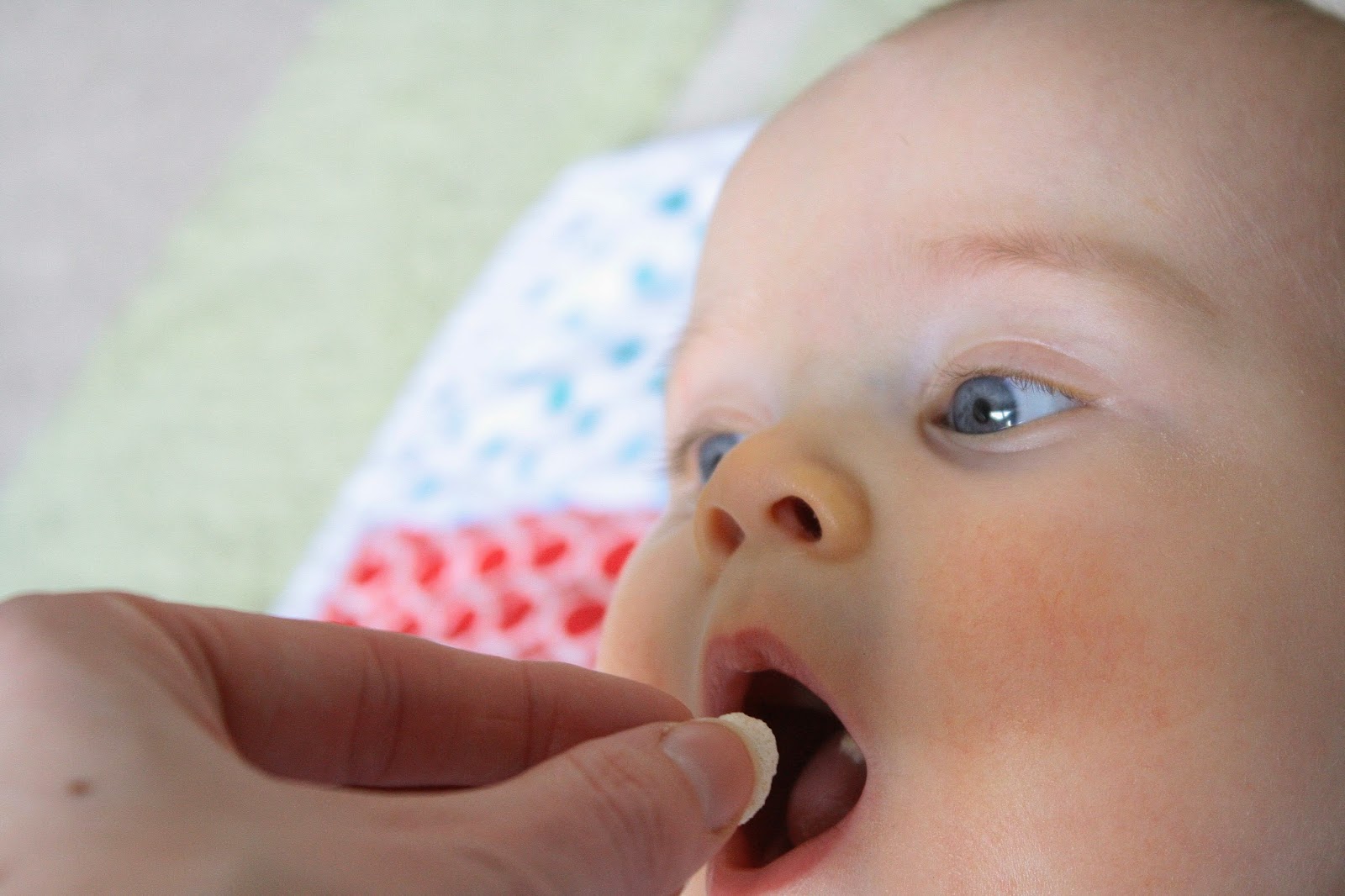 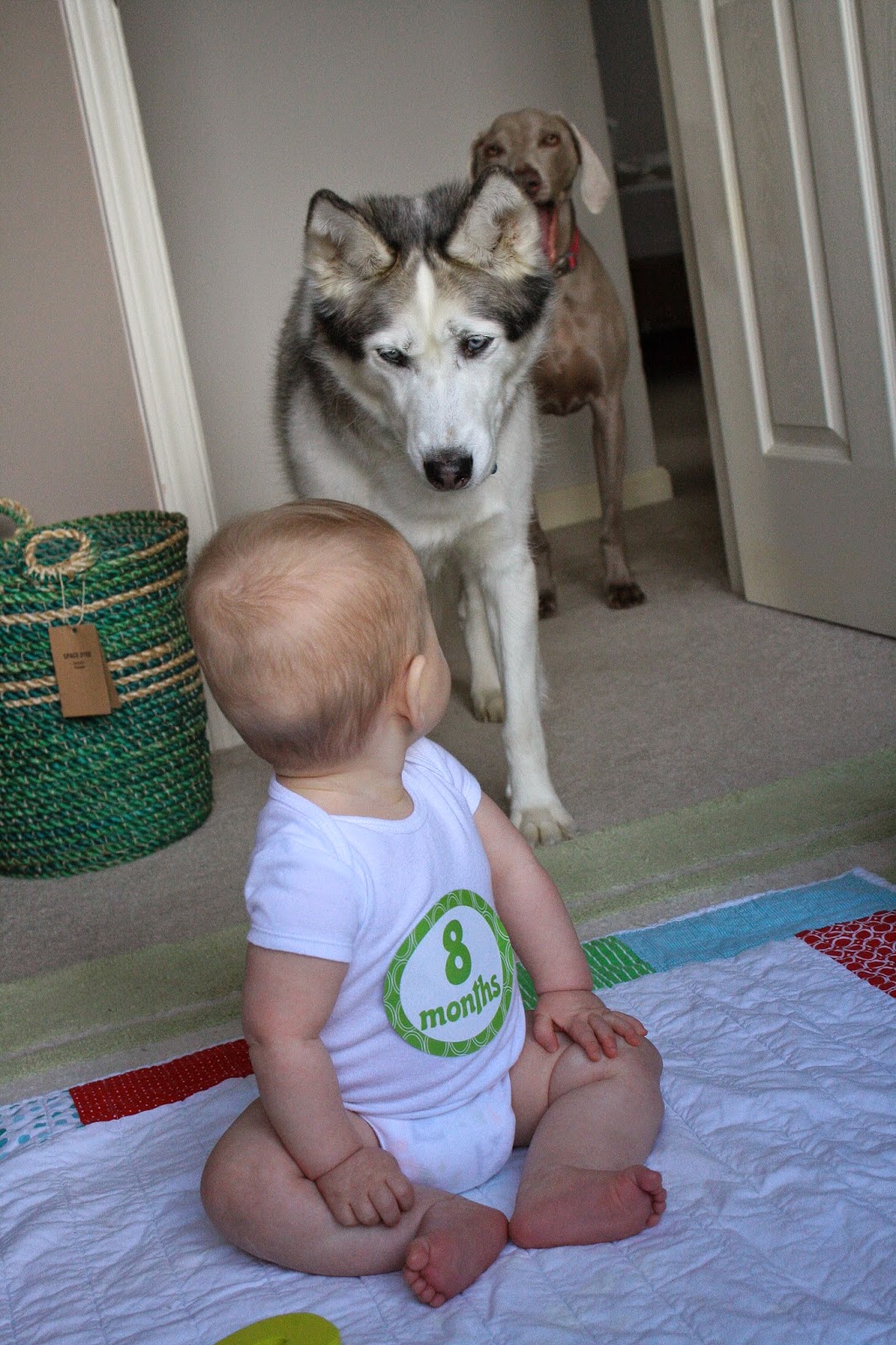 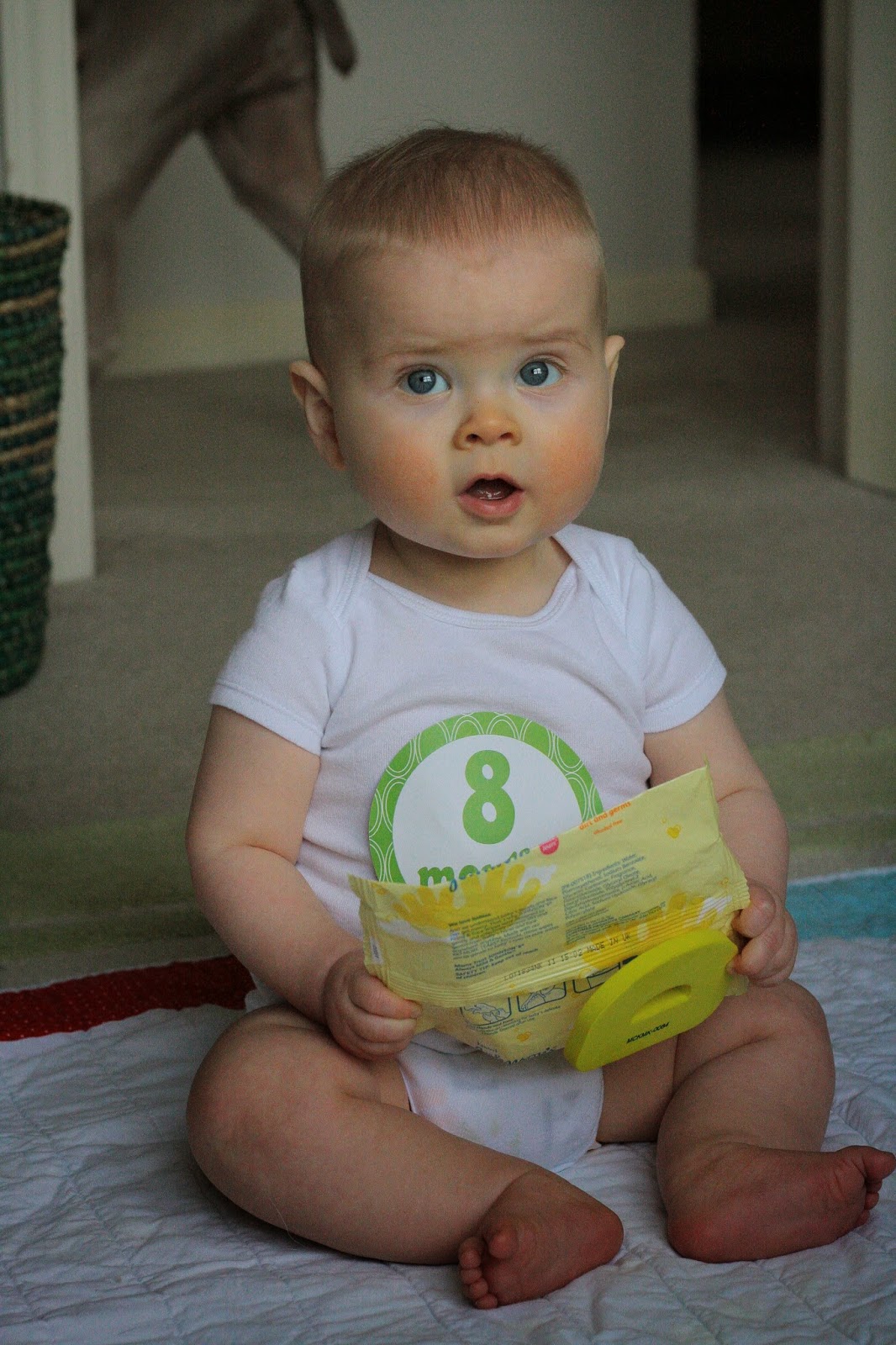 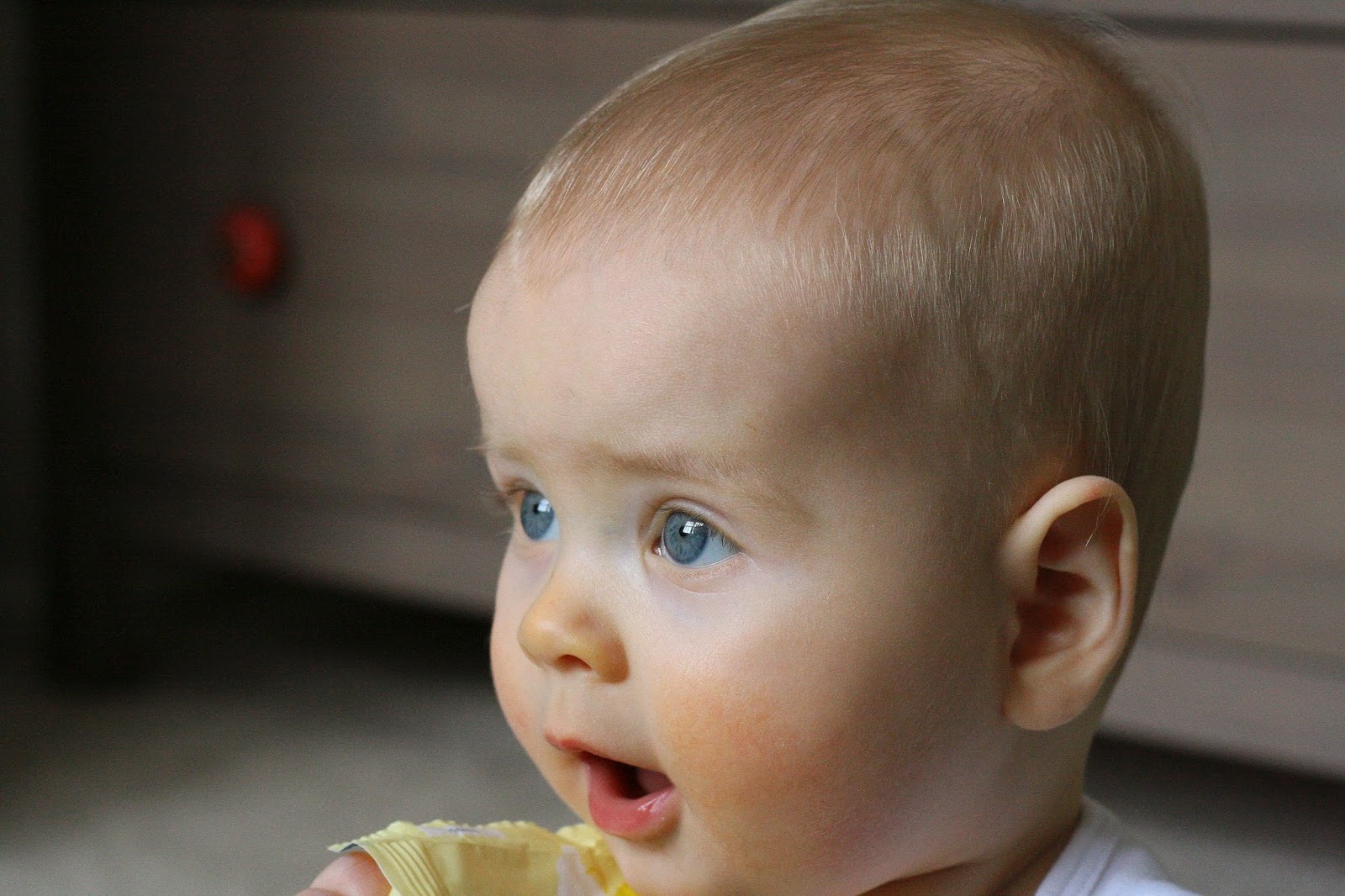 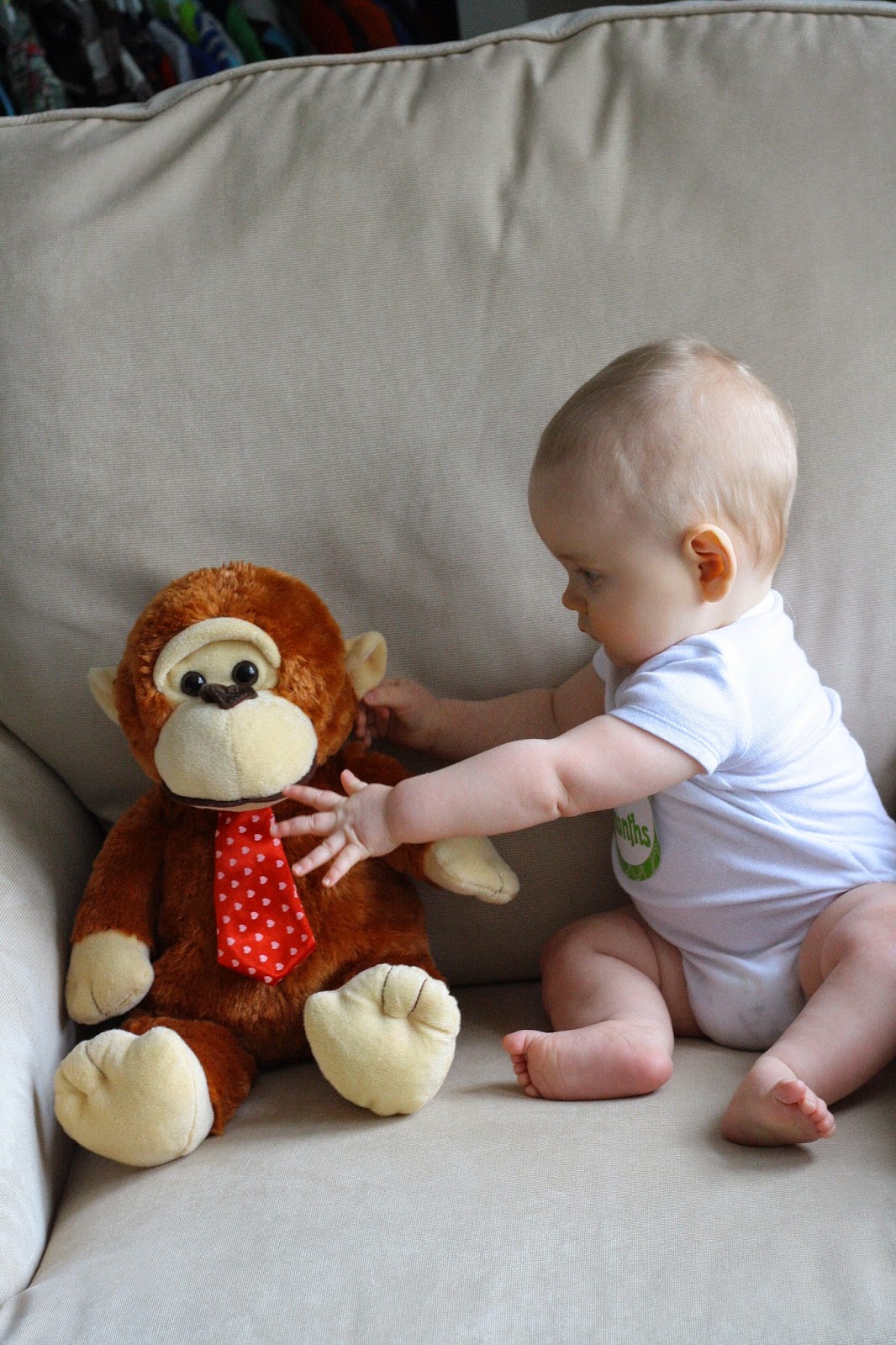 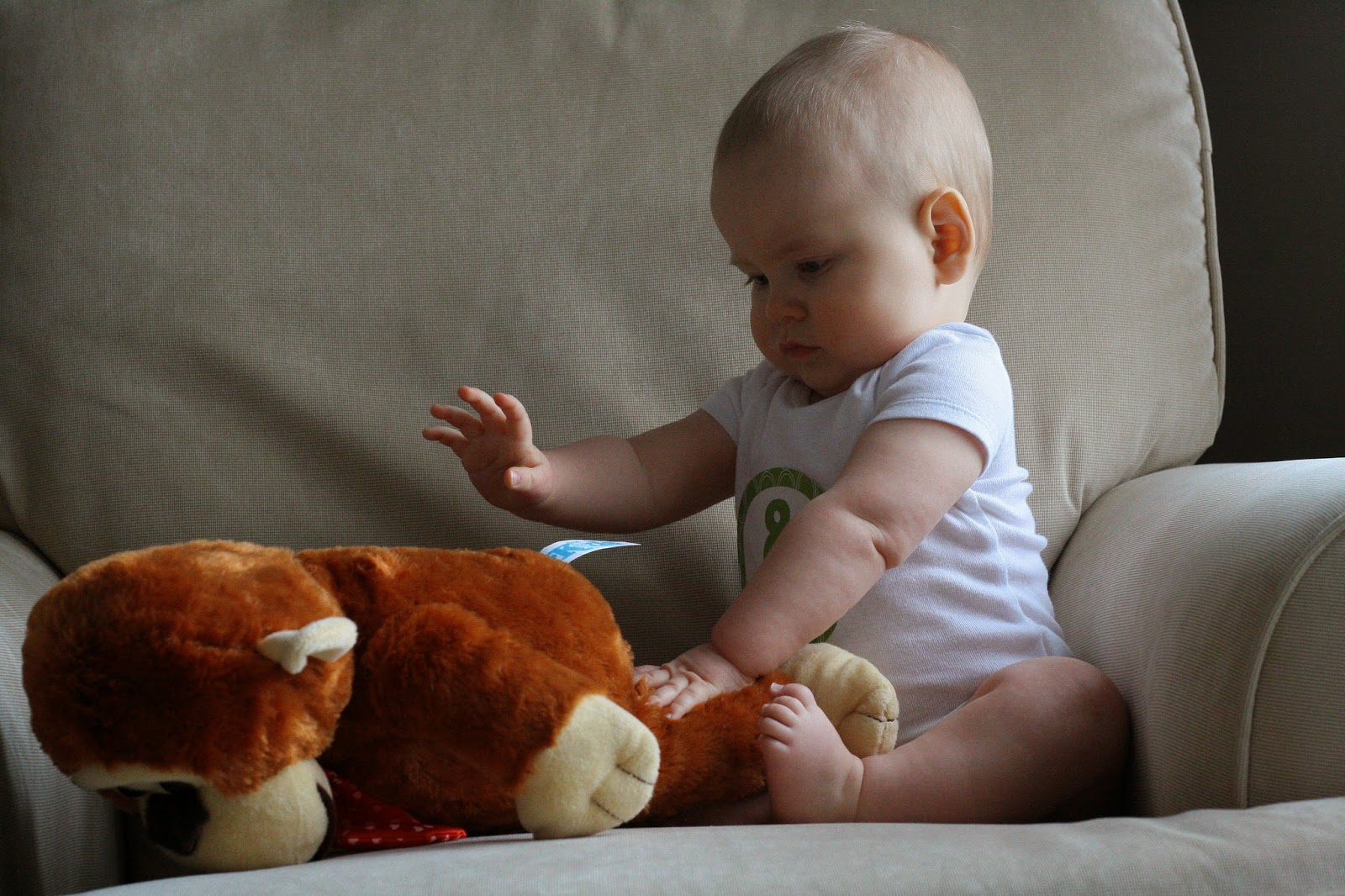 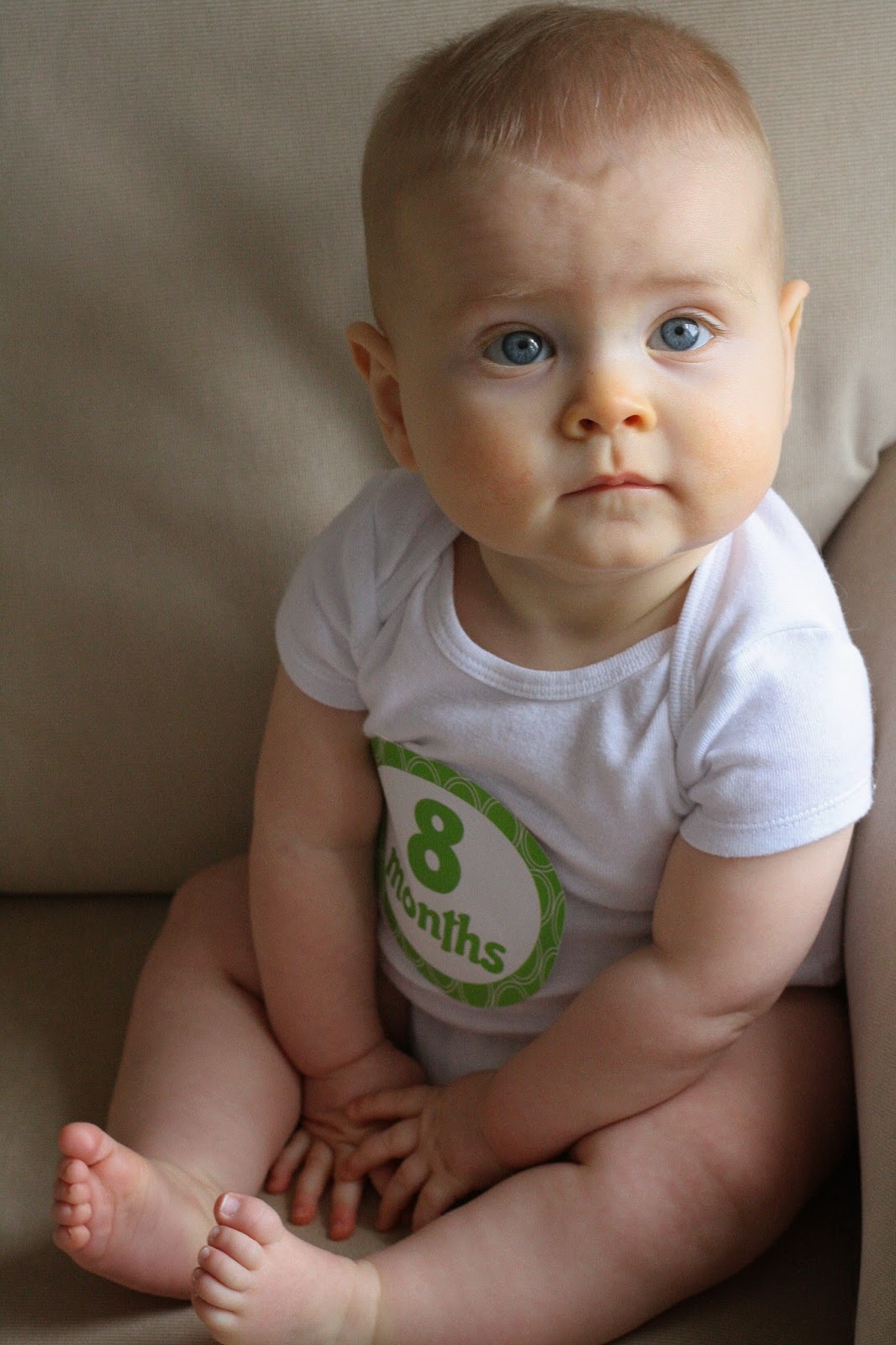 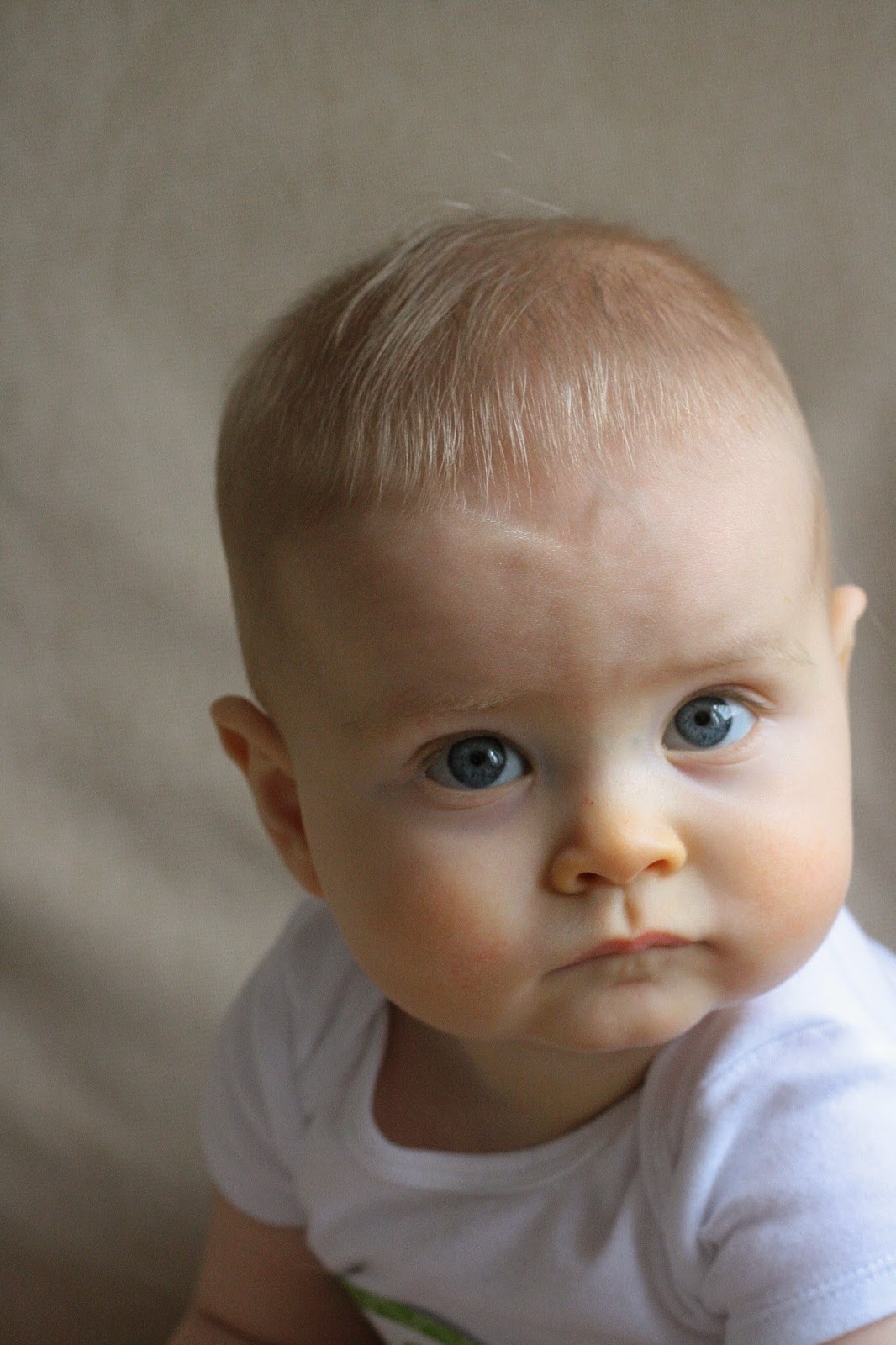 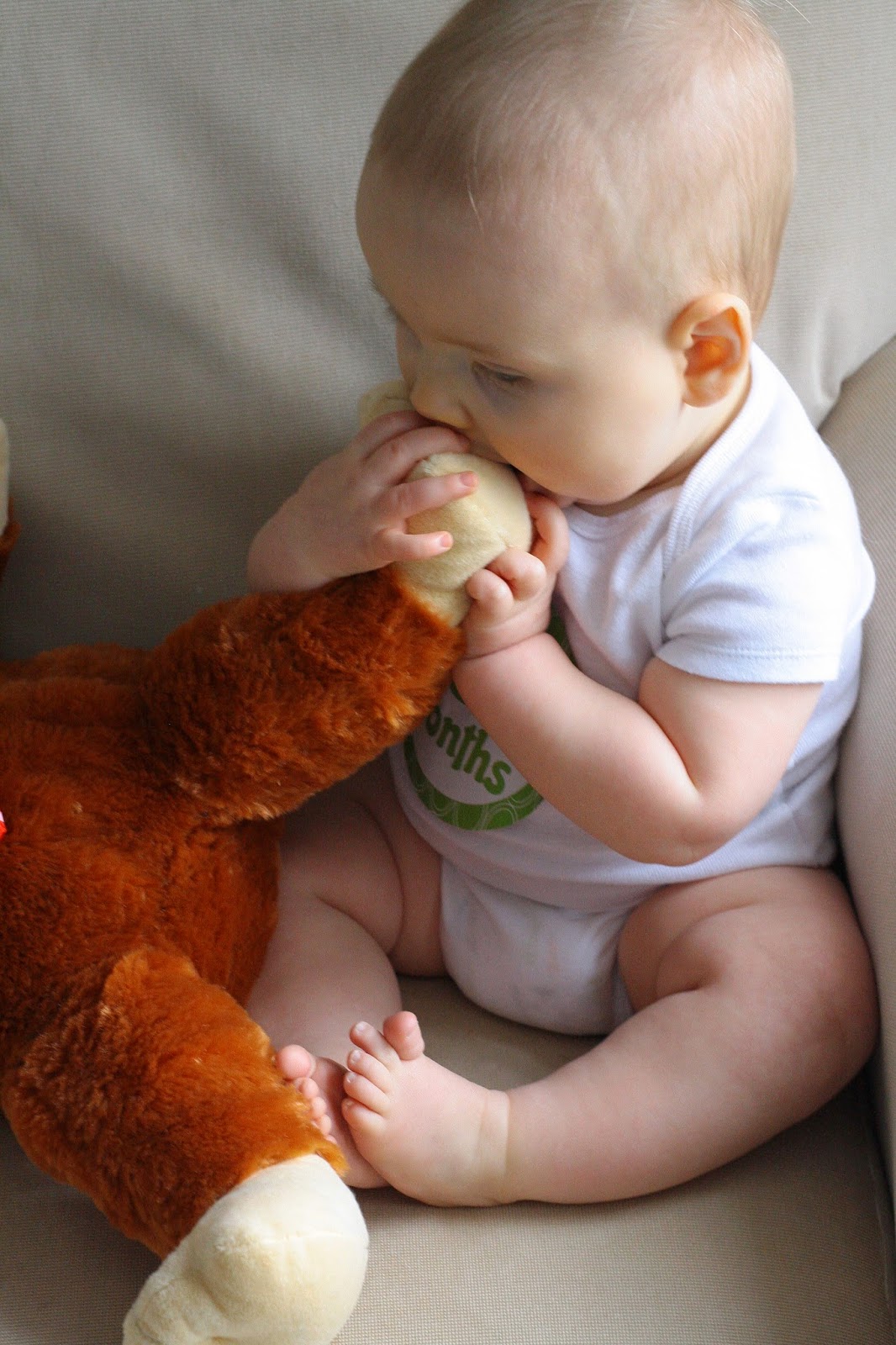 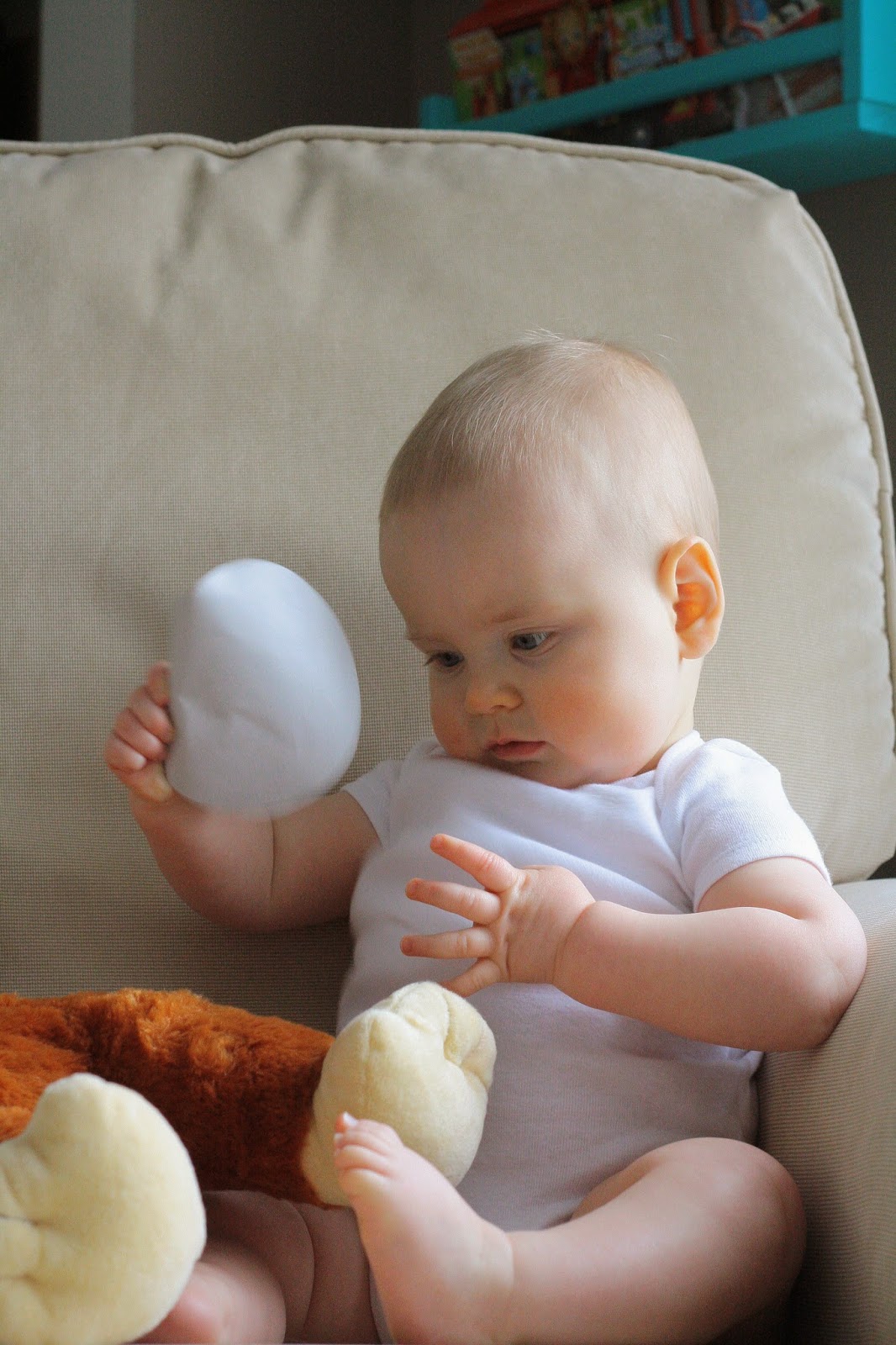 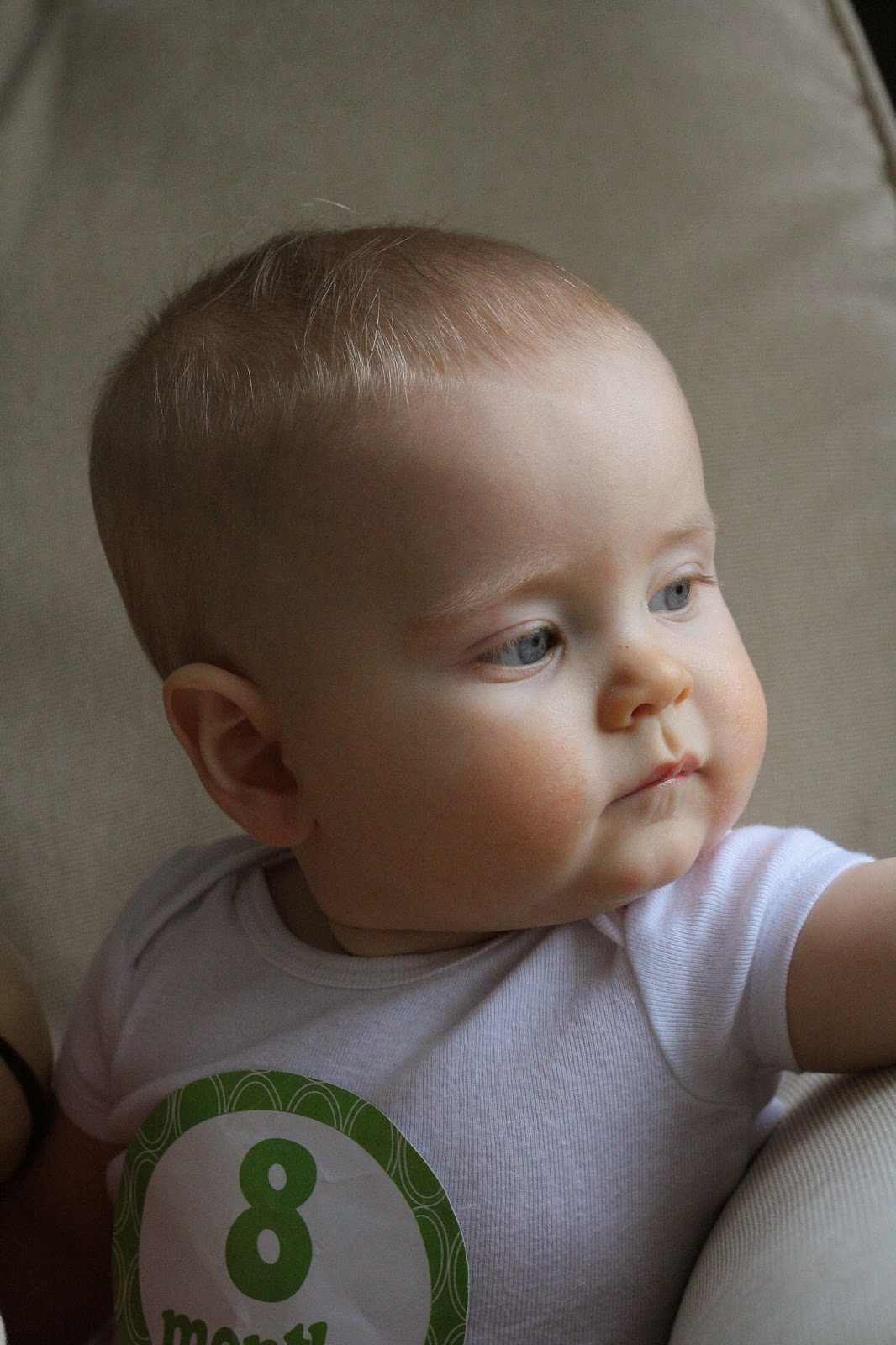 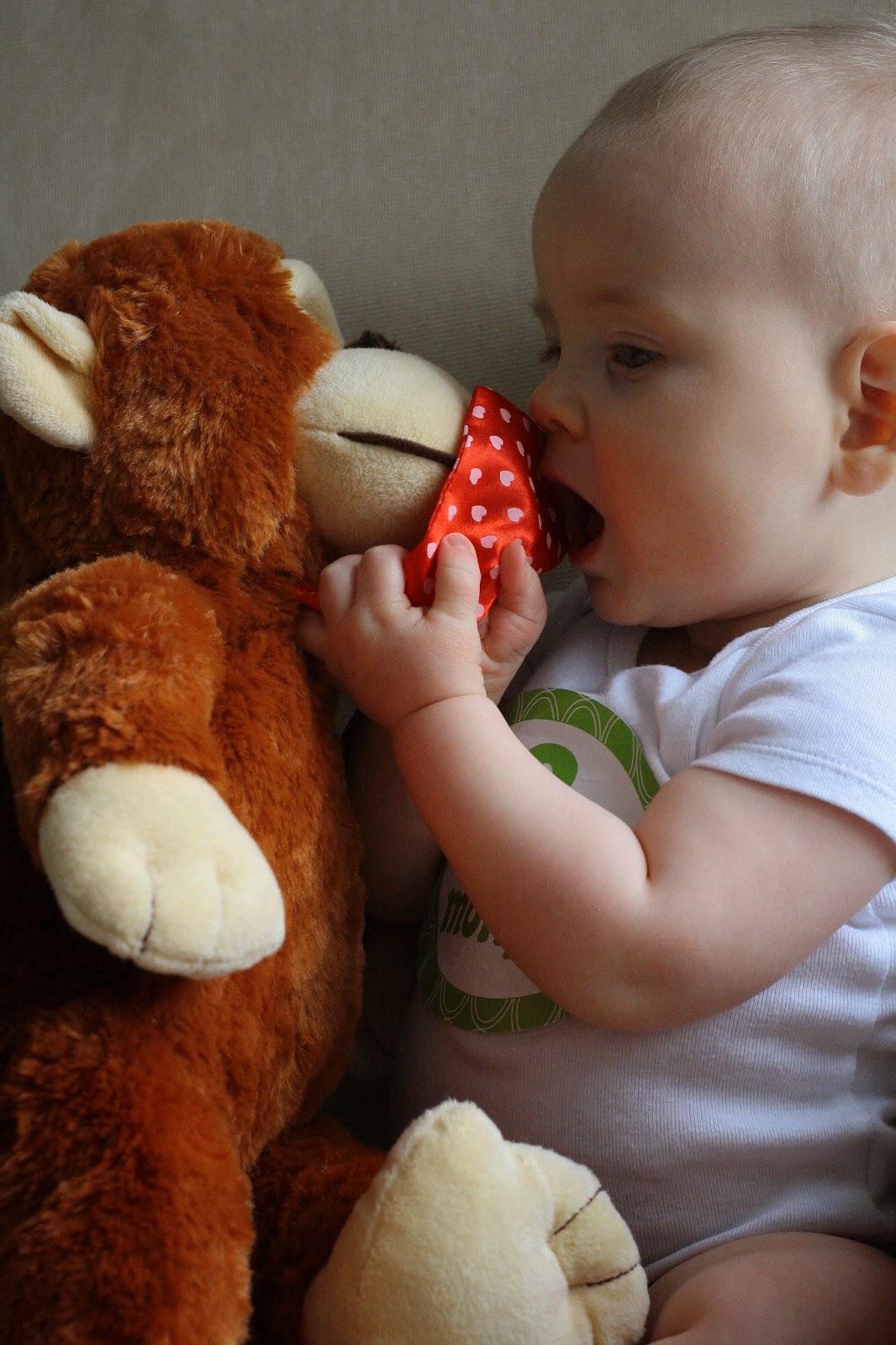 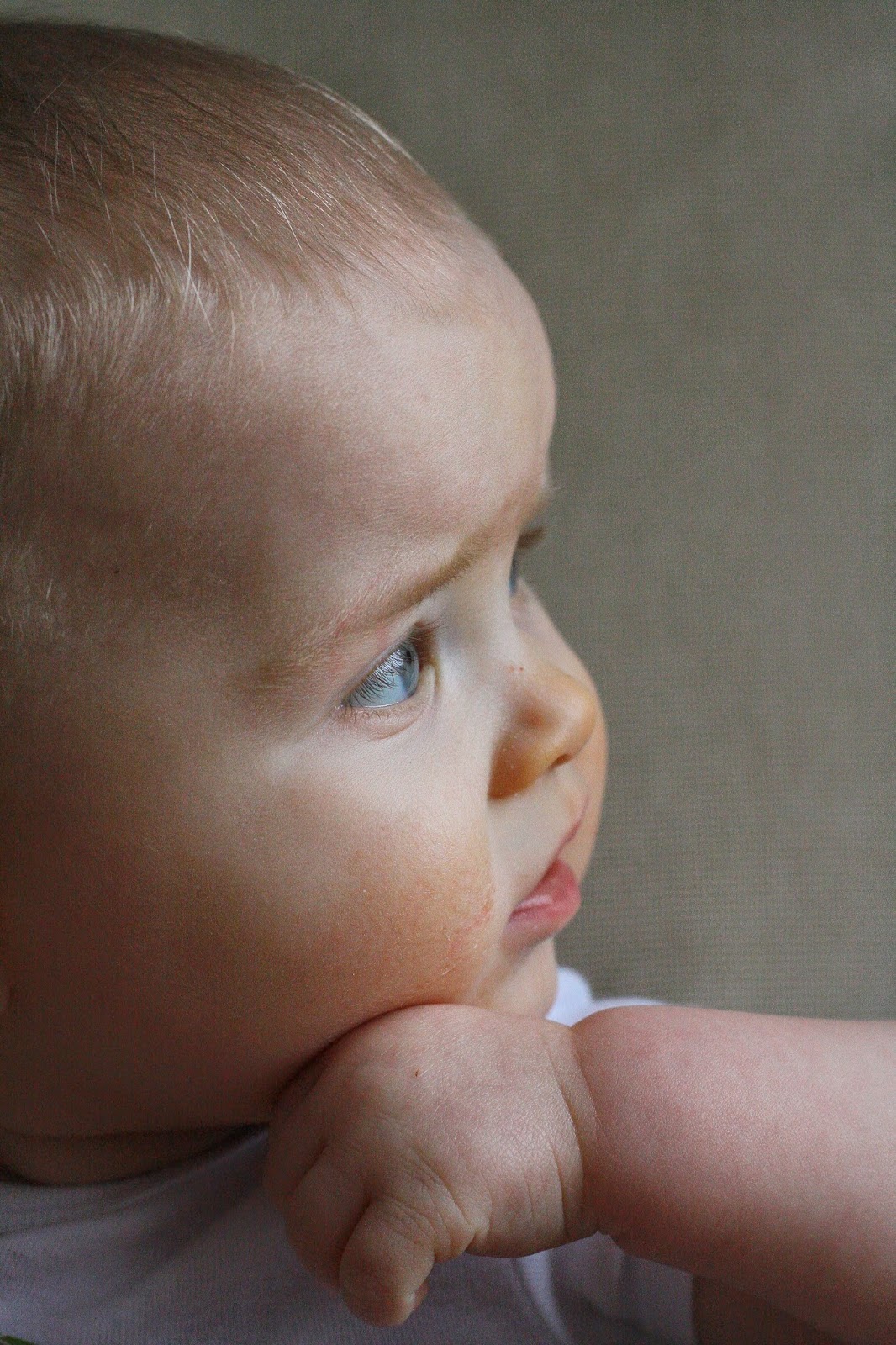 Caleb turned 8 months old last week and do you see it? How much he's starting to look like a little boy? The baby-ness is fading and all the sudden he is more little boy than squishy baby. The biggest change this month has been his new attachment to me. If I'm around, he almost always wants to be in my lap playing or snuggling. We have snuggled more in the past 3 weeks than we did in the first few months of his life, I'm sure. I don't hate it at all, but kid. If you spend 3/4 of your days in my lap, you will never ever learn to crawl. Just fyi. I mean, you're inching towards toddlerhood and you still don't have any teeth either, so clearly you're on your own schedule. You do you.
Also, food. Please note that he's holding a puff container in his monthly photo- which is perfect. Caleb LOVES to eat. I can't stress that enough. He is passionate about food and would eat around the clock if I let him. He can slam adult sized meals and still want me. Most meals end because the food is gone and he get reallll grunty to show his displeasure in the situation. I even had to bribe him with puffs for this month's photos! We go to the dr. next month and I'm pretty confident he won't be on the small end of the charts anymore. F-A-T-T-Y.
And, because I love it so much, let's chat about his little personality. Caleb is so smiley and chatty when he's at home and in the car, but in new situations he becomes very snuggly, calm and observant. He loves to watch and take things in and is not an adventurer. He's not in his own baby world at all- he very much watches what's going on around him and seems to love people more than toys. We don't think much about his personality until we're around other kids his age. That's when it becomes really clear how calm and observant he is. It's fun to he how he's maintained that same disposition since birth. When we were in the hospital, I remember a nurse bringing him back from the nursery at one point and telling us she gave him a pep talk on the way, saying he needed to stay so easy going and sweet once we went home. If she only knew!

These pictures are adorable! He is definitely lookin more like a little man! Ah!! Love that about the nurses comment at the hospital! It's so fun to start seeing their little personalities!!