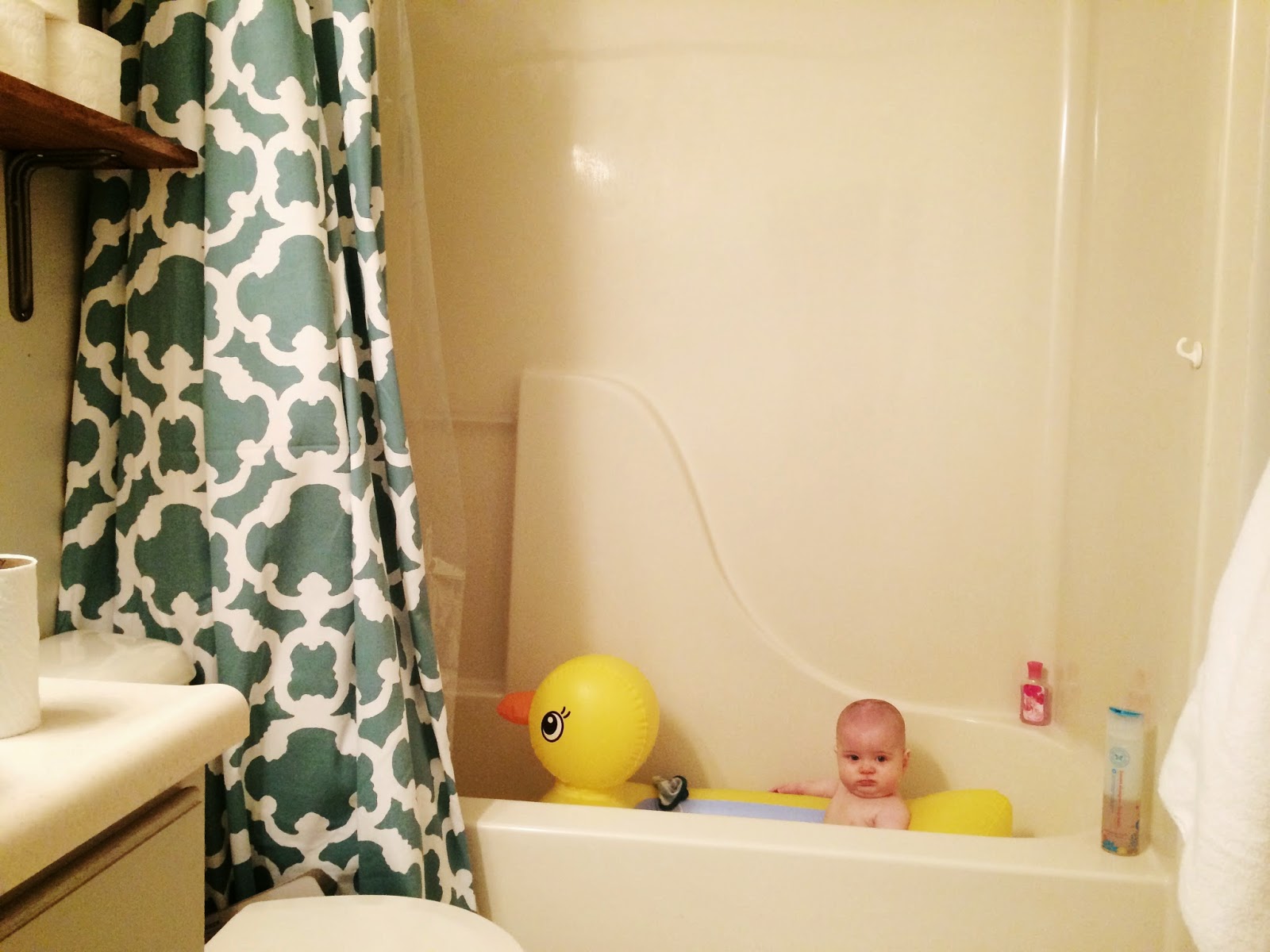 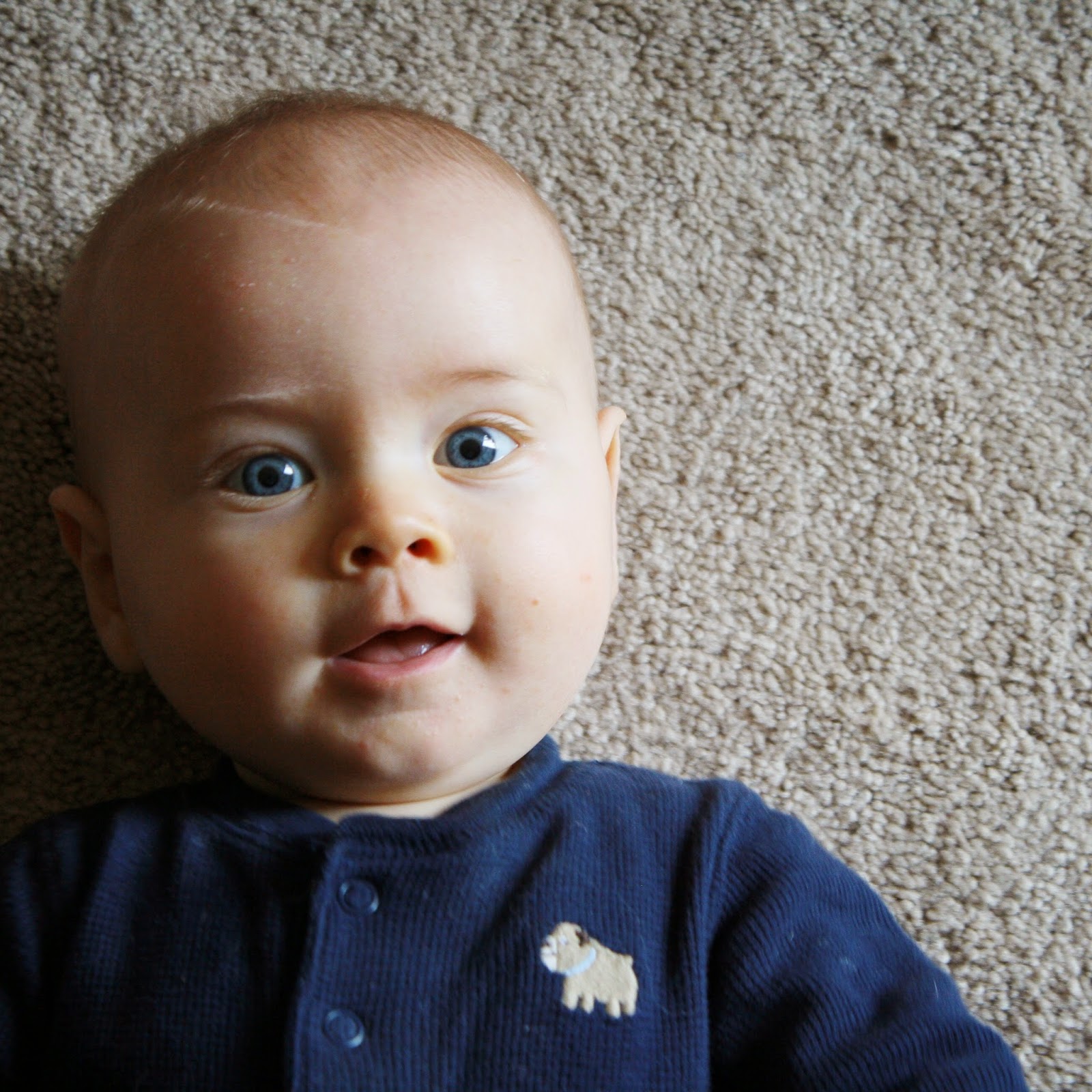 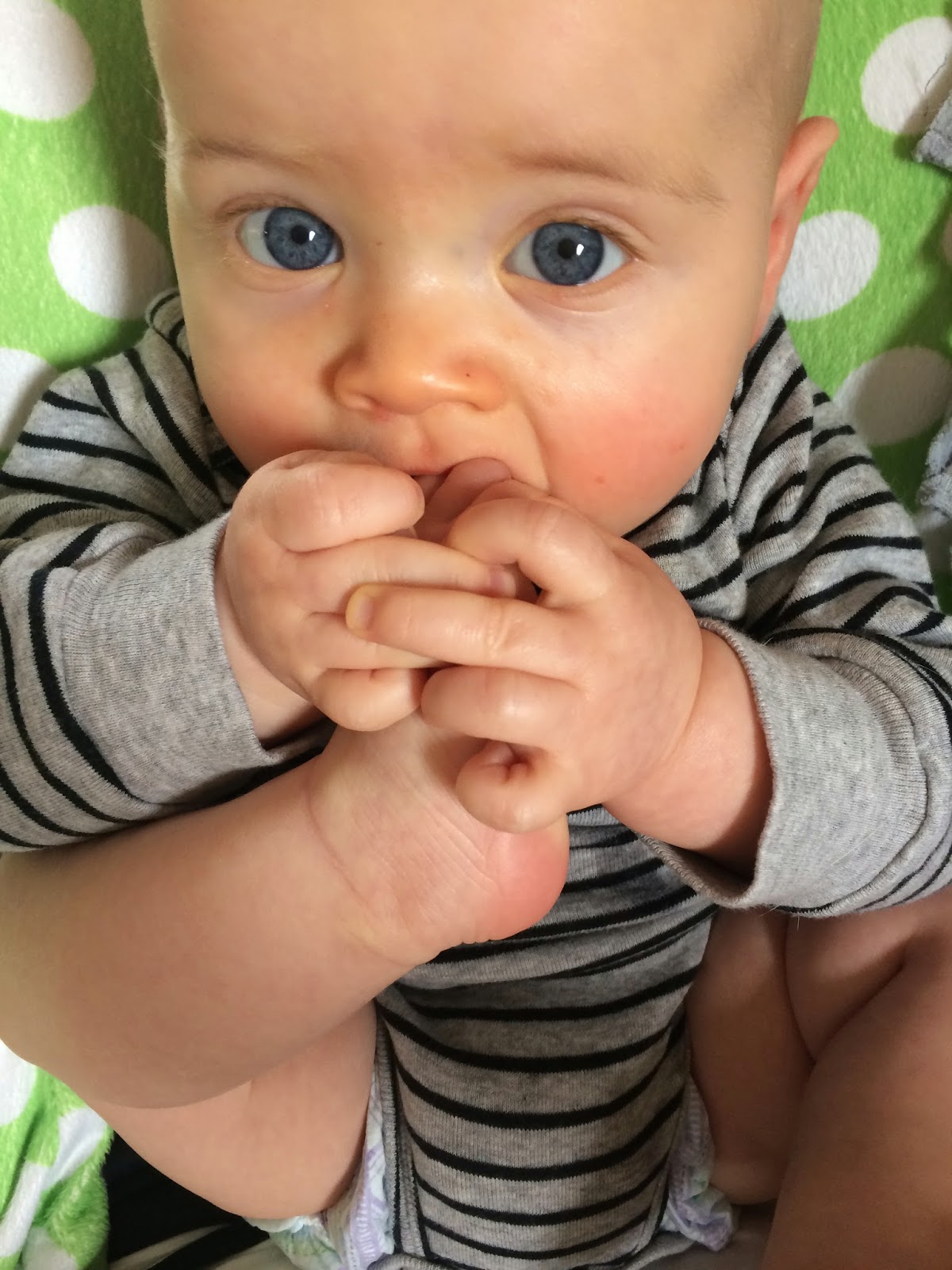 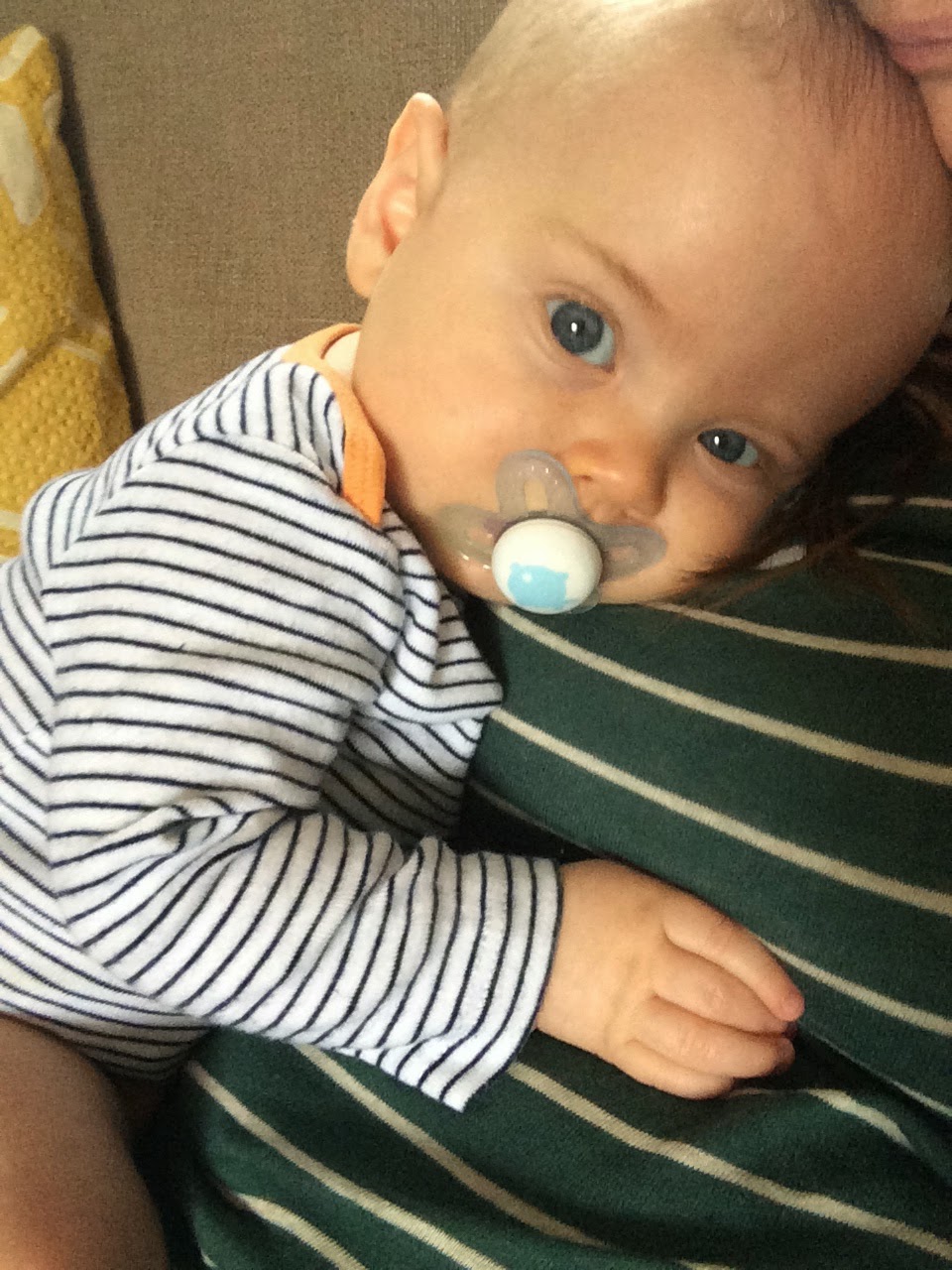 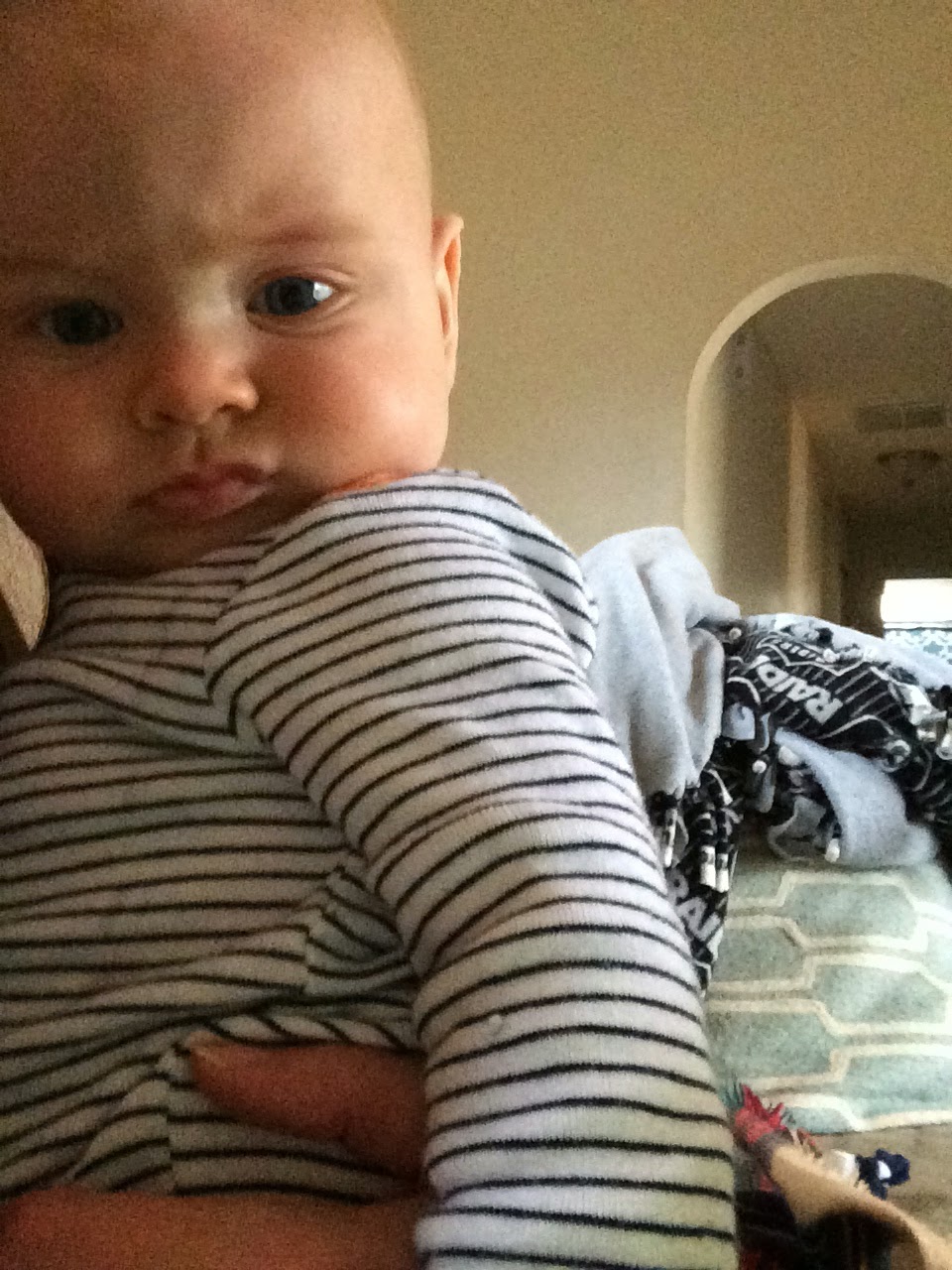 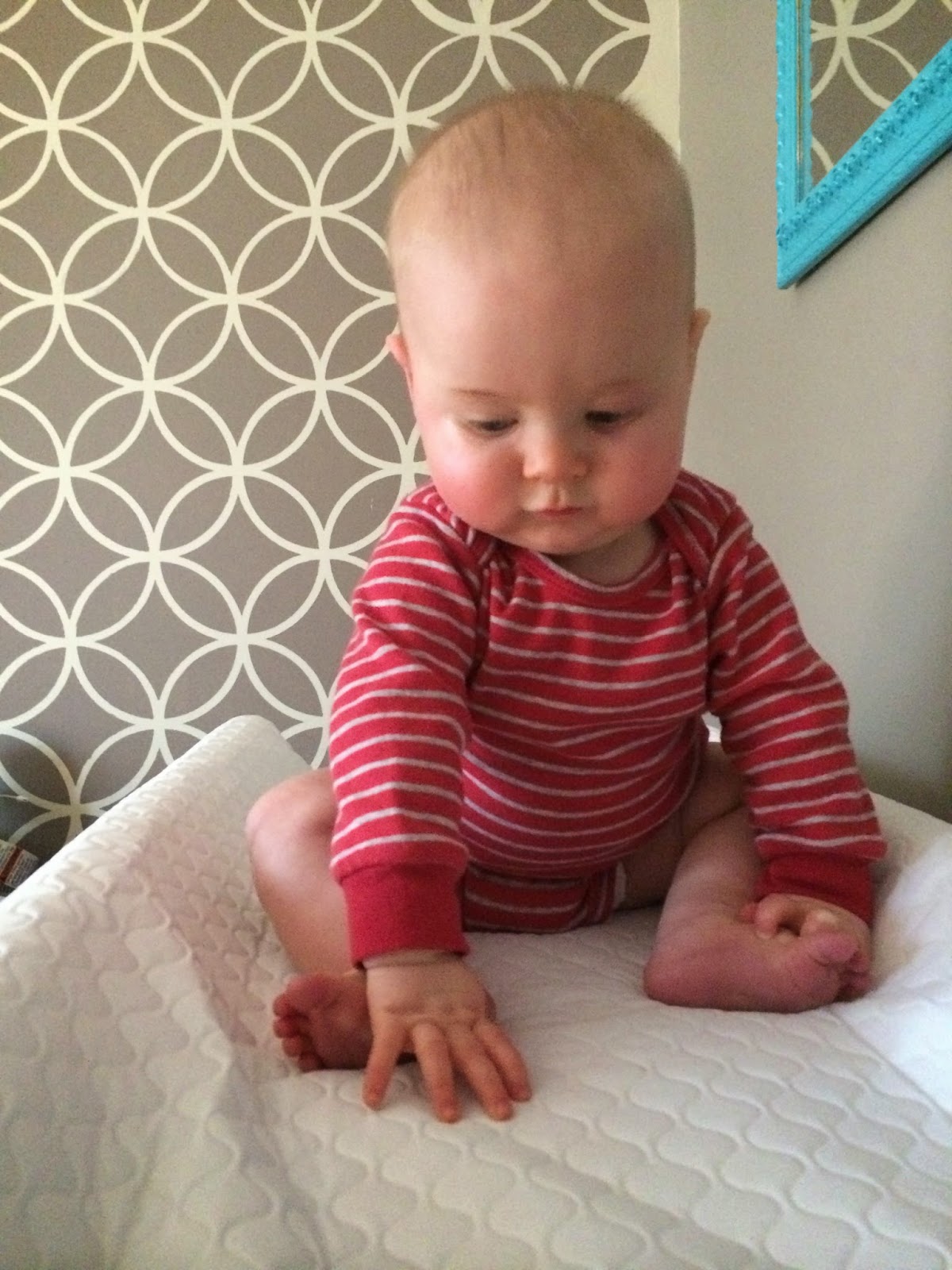 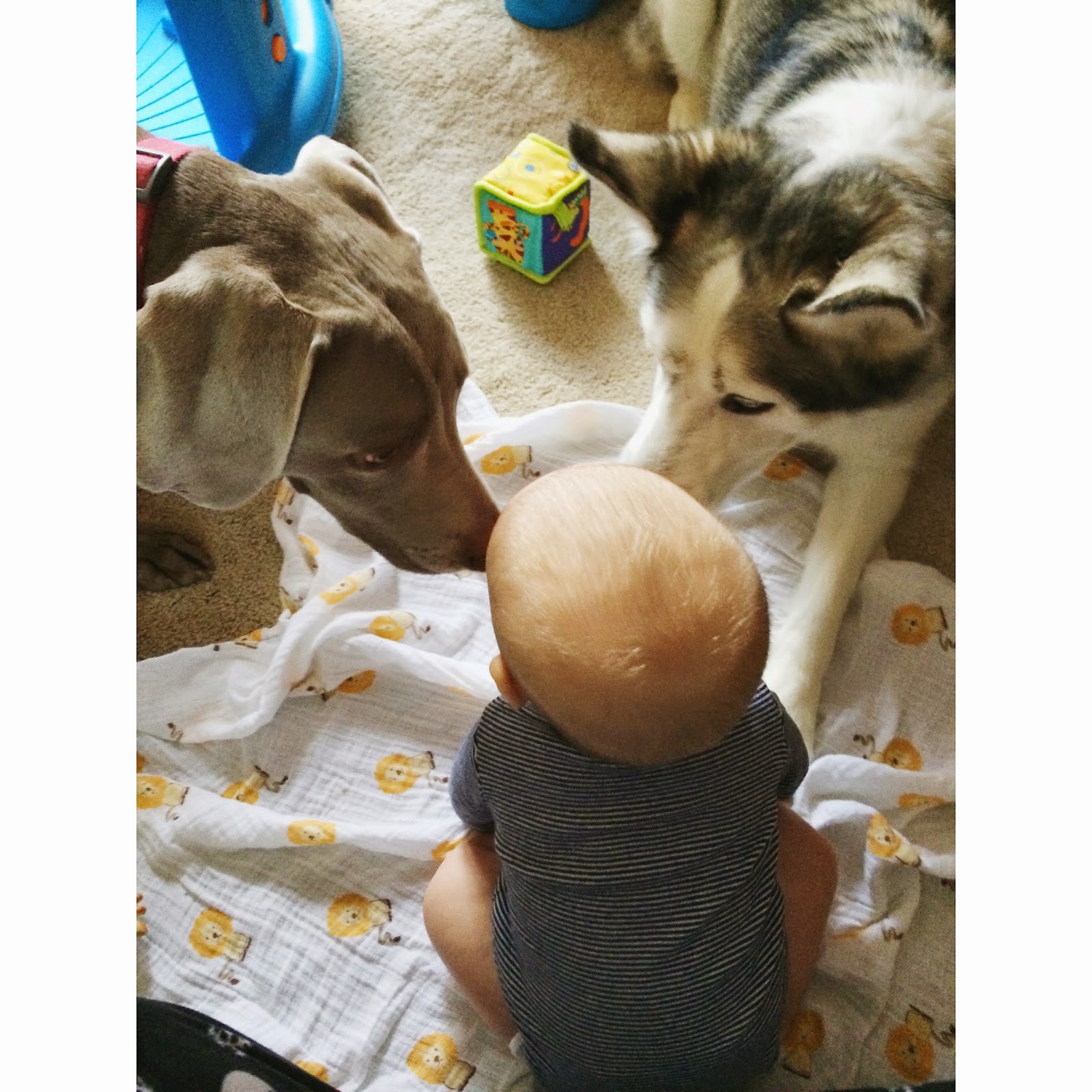 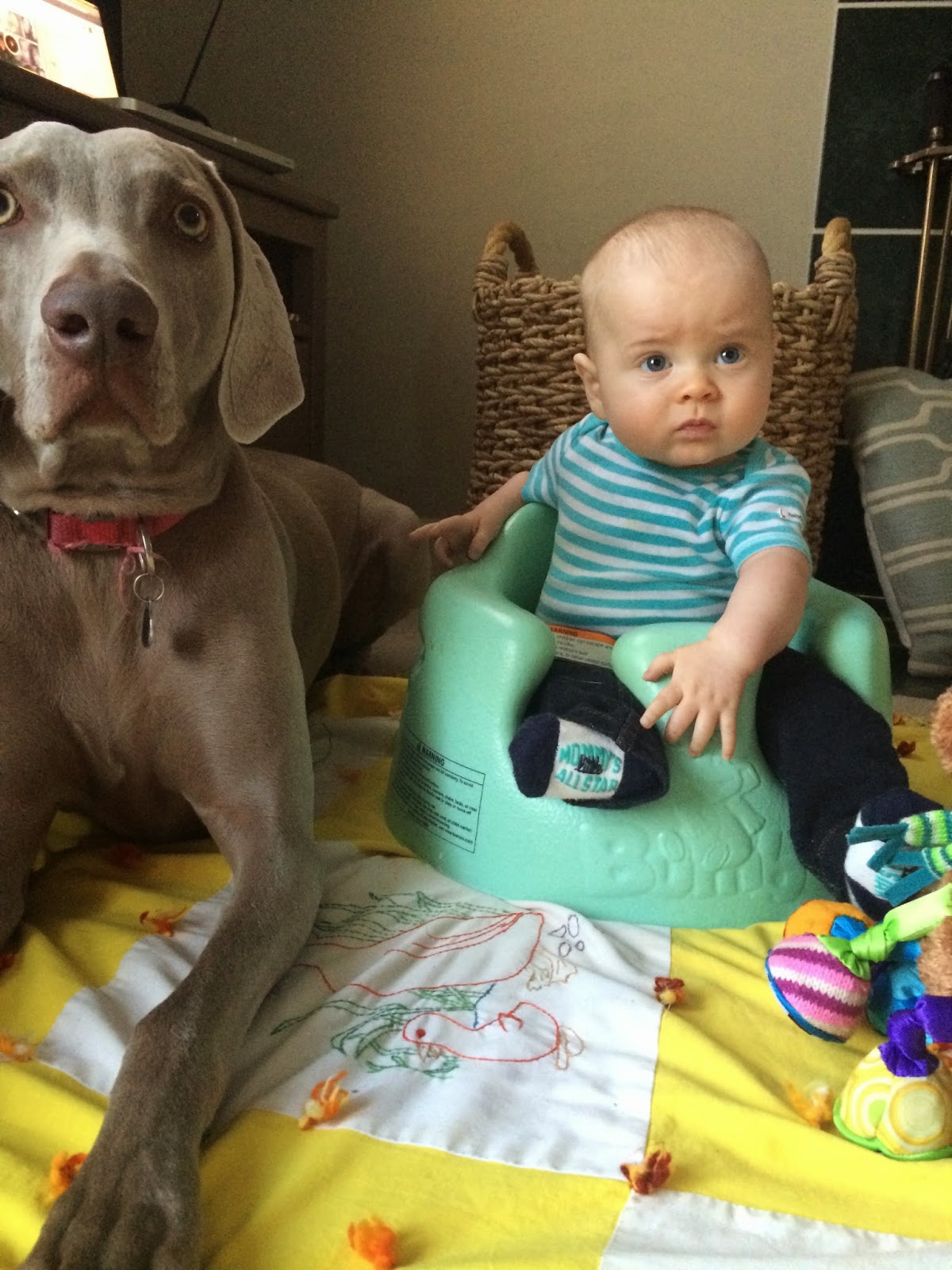 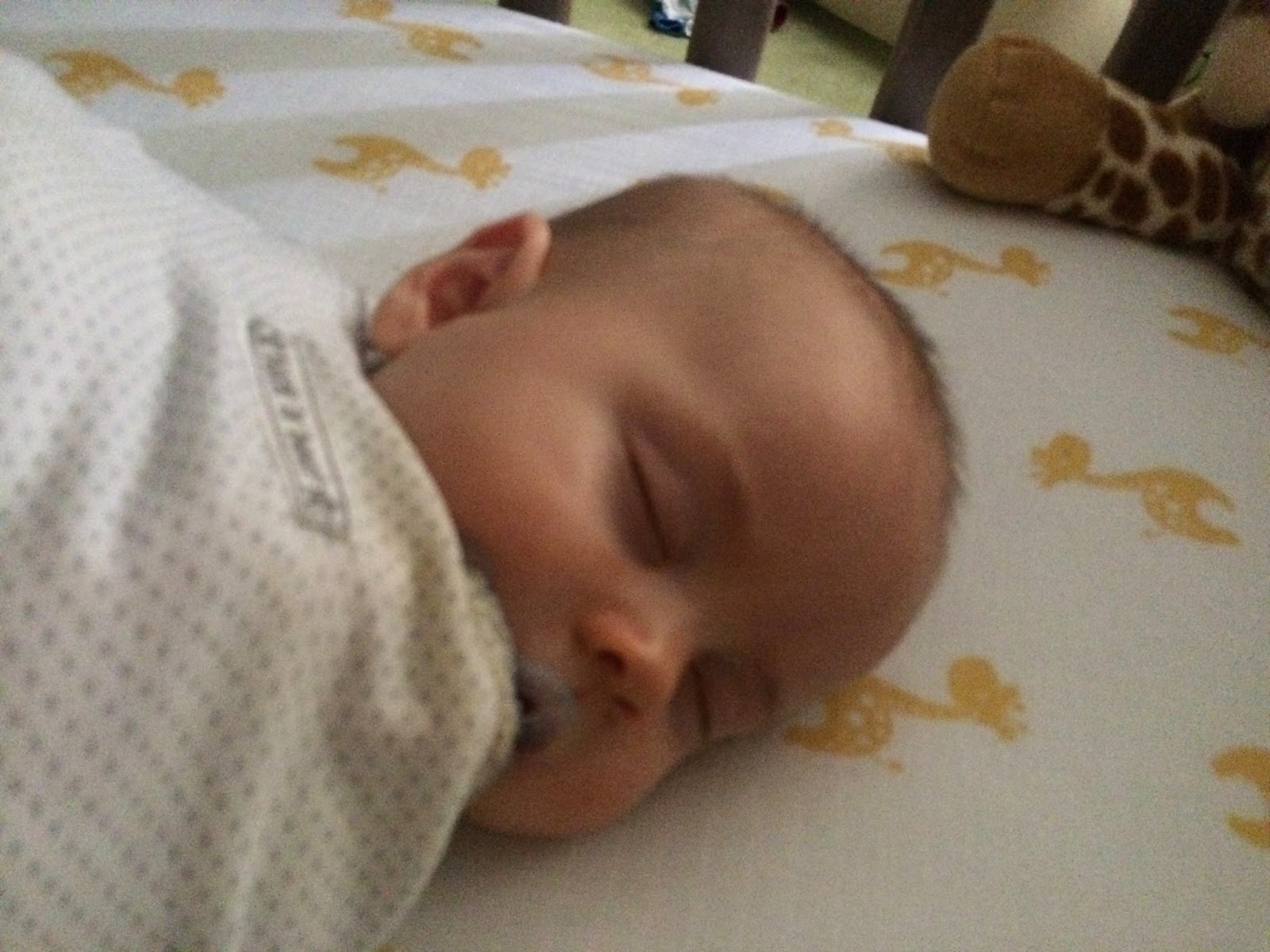 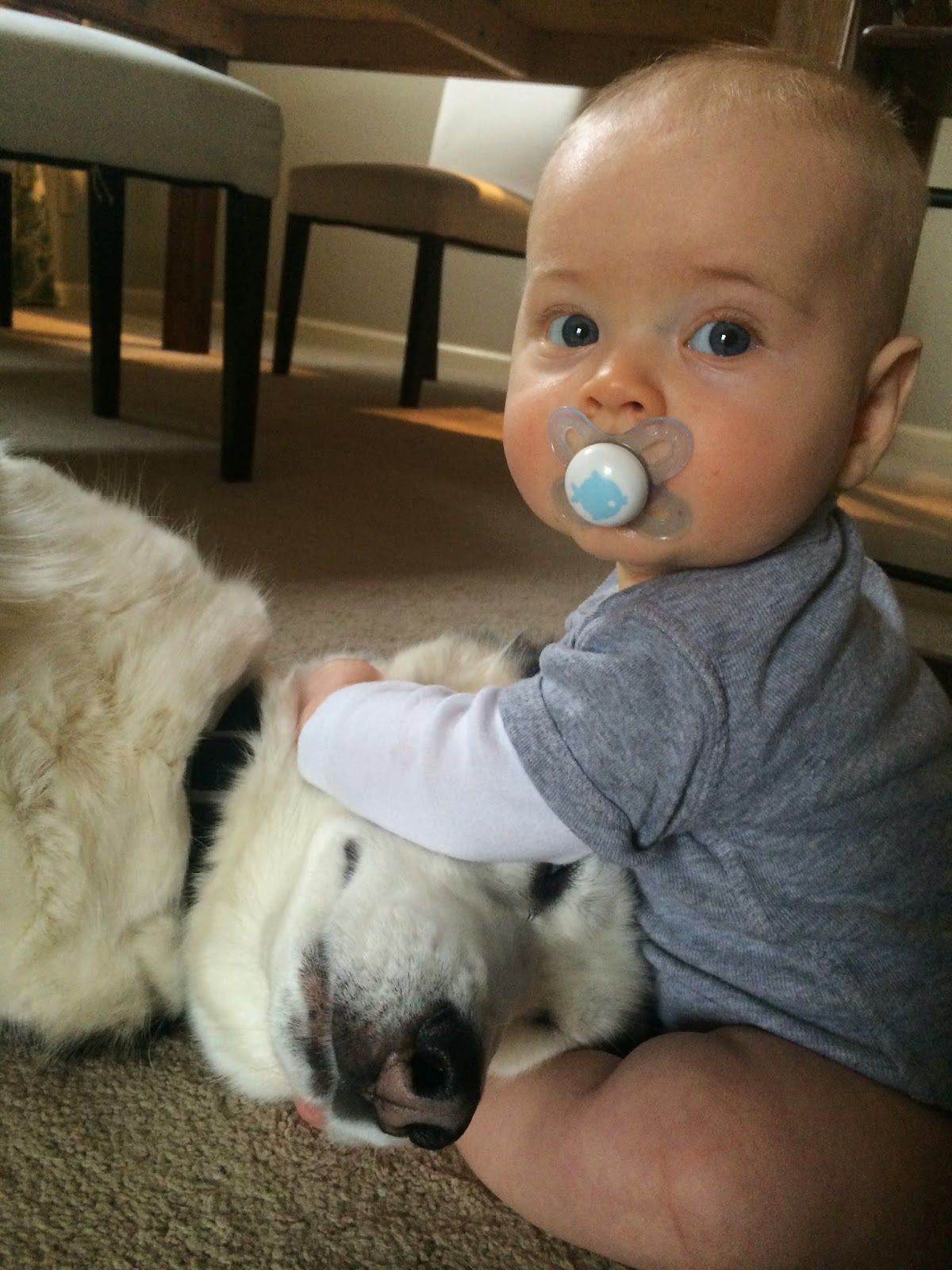 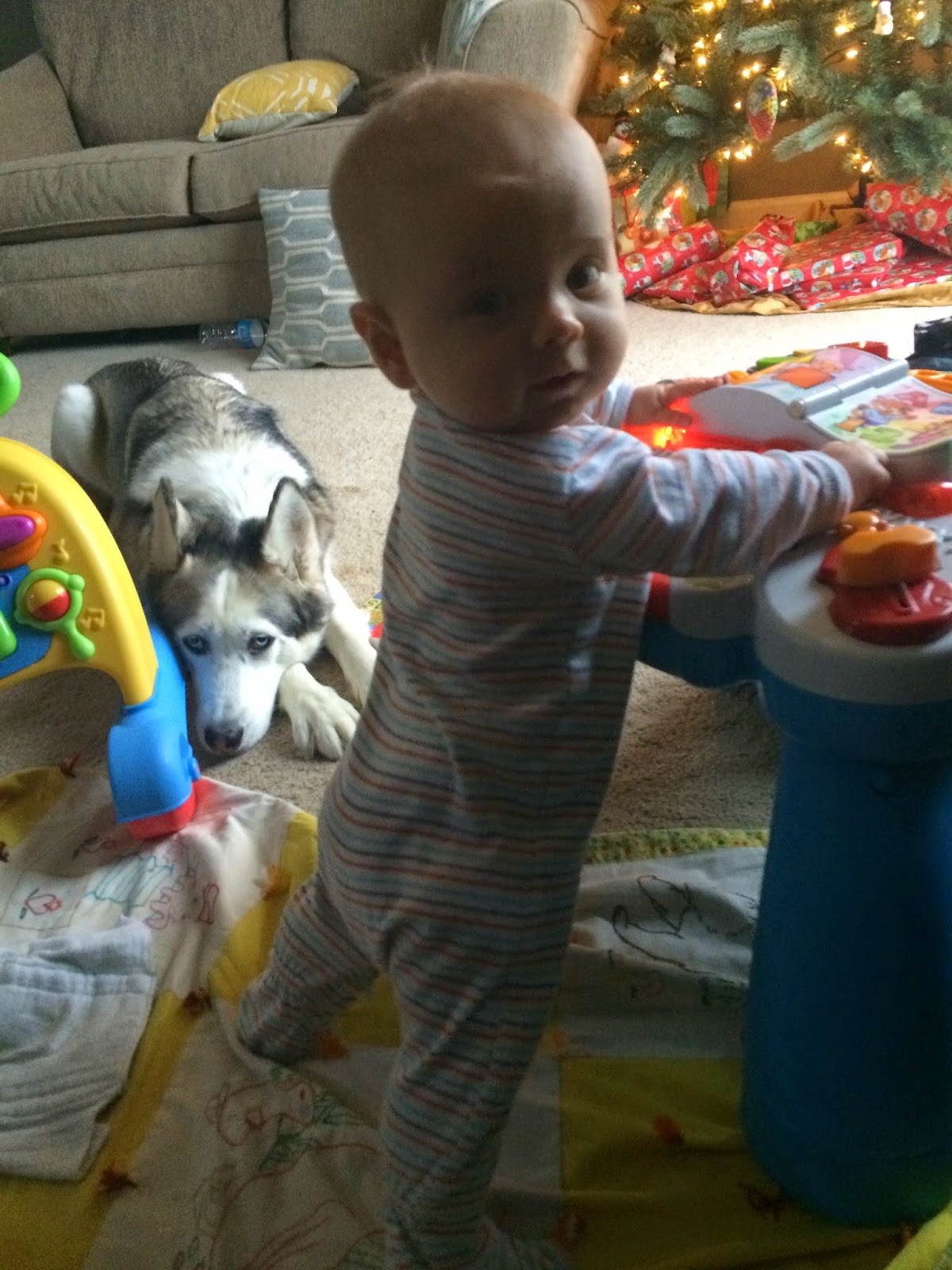 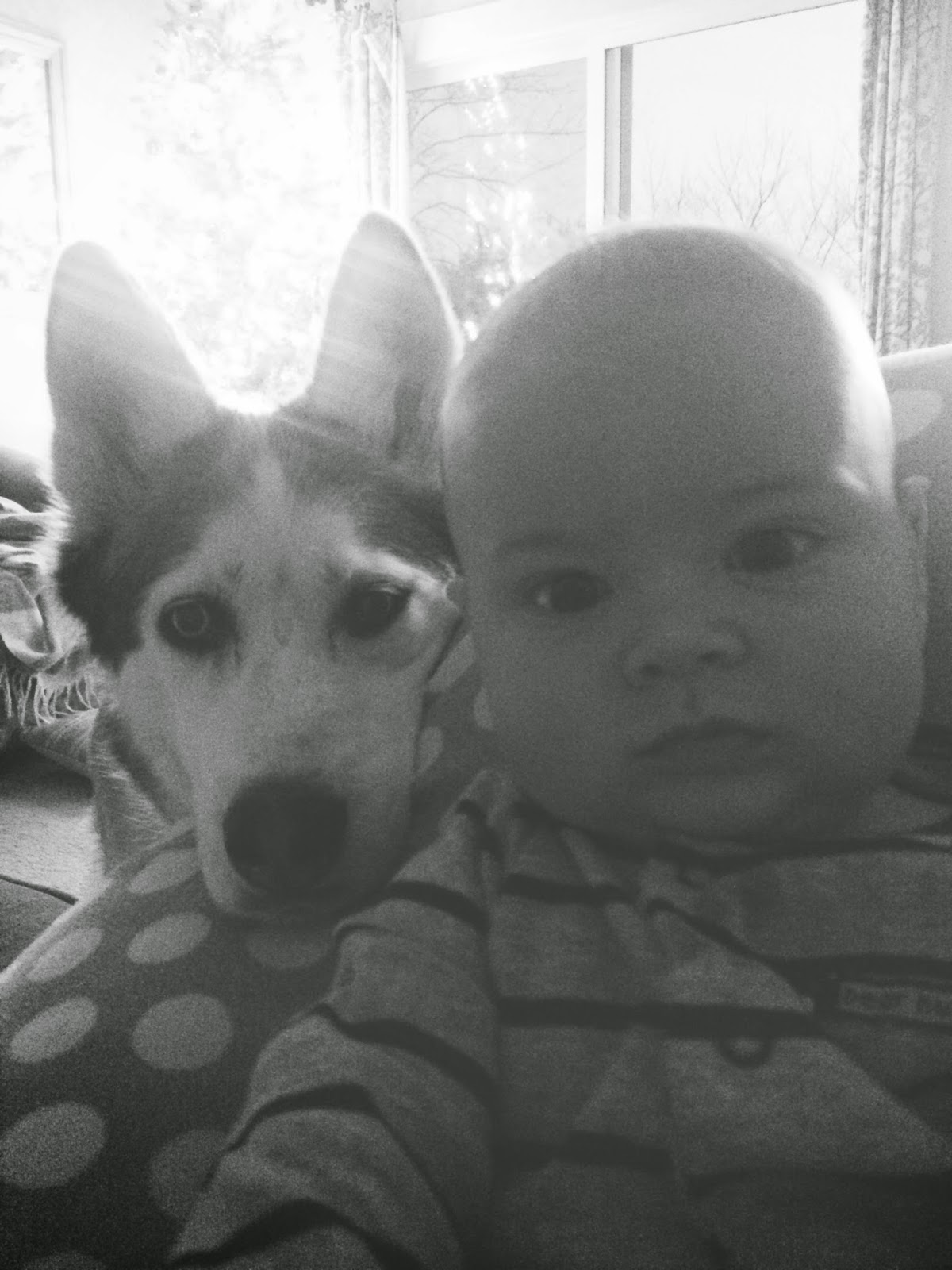 26 weeks and still growing like a weed! For the longest time, I had to keep a pillow at the bottom of Caleb's exersaucer because his little legs are so short. I took it away maybe a month ago, but just noticed this week that he can stand fully flat-footed in it! Those chunky legs are finally getting some length!
He's been a little off this week and I can't really put my finger on it. He's still his happy {and serious} self, but his naps have been funky and he's been extra cuddly. I don't remember the last time he just wanted to be held and snuggled, so it's been nice to get some cuddles in this week. His little tooth is still only peeking out, so I'm not sure I can chalk any of it up to teething.
In other news, I bought him a bigger bath tub! He's on the verge of outgrowing our awesome 4moms tub, but not quite ready for the full bath tub. So we bought him a big, inflatable duck tub- and it's awesome. Do you see him lounging in it up there?? I can't handle how funny that photo is!
The only really really HUGE thing that happened this week- HE REALLY REALLY GIGGLED! I had to work super hard, but I got some big belly laughs out of him! One of the best sounds in the whole world.

I love all the cute little photos of him but I have to say my favorite ones are of him & the sweet dogs! They seem to do really good with him..