I don't want to forget. 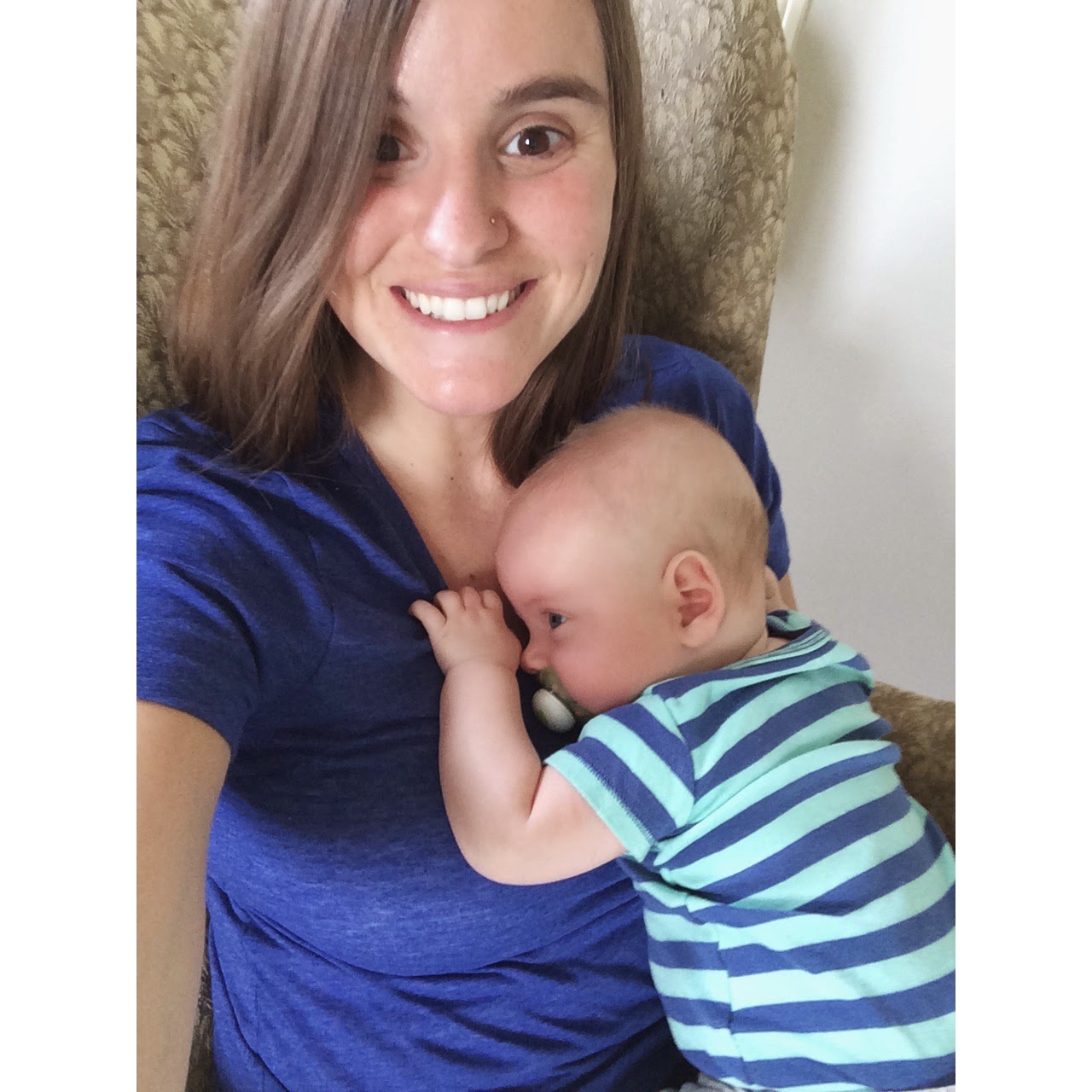 Twelve weeks ago we were just getting to know our little baby. And now here we are, feeling like we're in a groove with this parenting thing and amazed at how fast he is changing and growing. It hit me last week, and I've been trying harder than ever to savor every little thing. There's a saying somewhere about how laundry and dishes can wait because kids are only kids once and it goes so fast. Um, amen. I love any good saying about not having to do the dishes!

For the past month Caleb has only been waking once at night to eat. Last week after one of those 4am feeds, I found myself holding Caleb a little bit longer and just watching him nuzzle into the crook of my arm and listening to him grunt as he does when he's sleepy and his belly is full. And I thought, I don't want to wish this away. I don't want to hold my breath for the day when he sleeps for twelve hours and I don't get this time with him anymore. I want to enjoy this moment, this phase. Because it fades so fast. And, wouldn't you know, he's started dropping that feeding this week. I stopped to soak it in just in time for it to fade away. It has me thinking, though, of all the things I don't want to forget.

I don't want to forget the way Caleb nuzzles his head into my chest, no matter what mood he's in. Such a snuggly baby, but not in a clingy way.

I don't want to forget how we find ourselves dancing around the kitchen together almost every afternoon. Yesterday it was to this song, and I may have gotten a little teary thinking about how one day we might be dancing together at his wedding, maybe even to the same song.

I don't want to forget his gummy grin that spreads across his entire face and makes his cheeks look so rosy and chubby. Because he's getting his first tooth {I know.} and who knows how much longer until that gummy grin is replaced with baby teeth.

I don't want to forget his morning stretches. The moment I unswaddle him, he grins so widely while letting out the biggest stretches of the day.

I don't want to forget how he smells after bath time. Does that make me weird? It just makes me want to snuggle him.

I don't want to forget how Caleb gets just the littlest bit fussy before naptime. He lets out the smallest, sweetest little grunts and we know its time to put him in his crib.

I don't want to forget how, some mornings, Caleb wakes up about an hour before he's really ready and just grunt and groans a little in his crib. Not crying, and eventually fades back to sleep for a bit, but really adorable.

I don't want to forget how Justin reads this book to Caleb every night, even though he thinks it's so silly and a little pointless but I know how special it is for Caleb to hear his dad's voice last thing before bed.
Posted by Katie at Thursday, September 11, 2014

I love Goodnight Moon!! My mama read this to me when I was little :)

Aw...this made me want to cry. So sweet! I can't wait to hold my little guy in my arms in a few weeks. :) Enjoy every second.