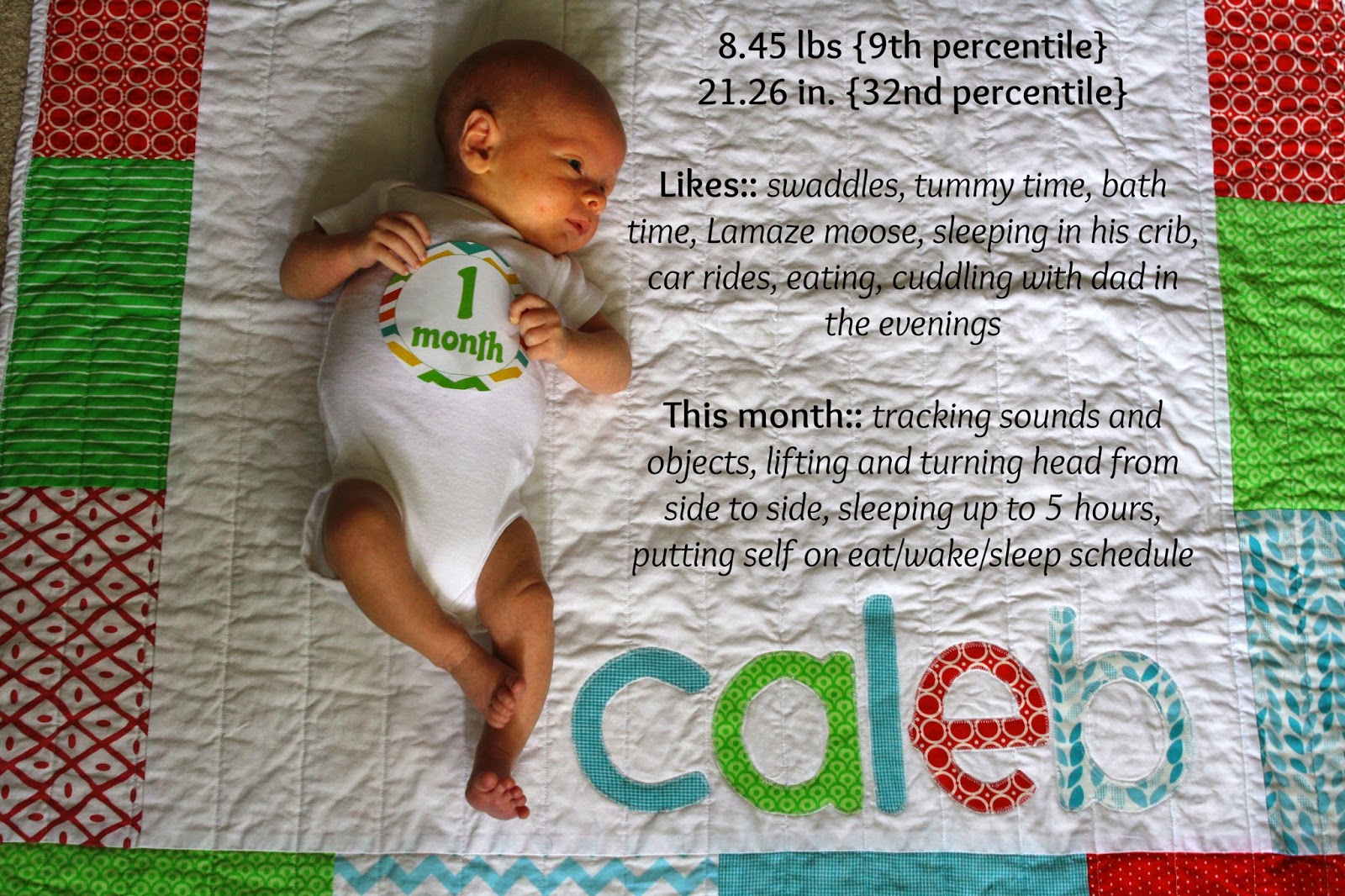 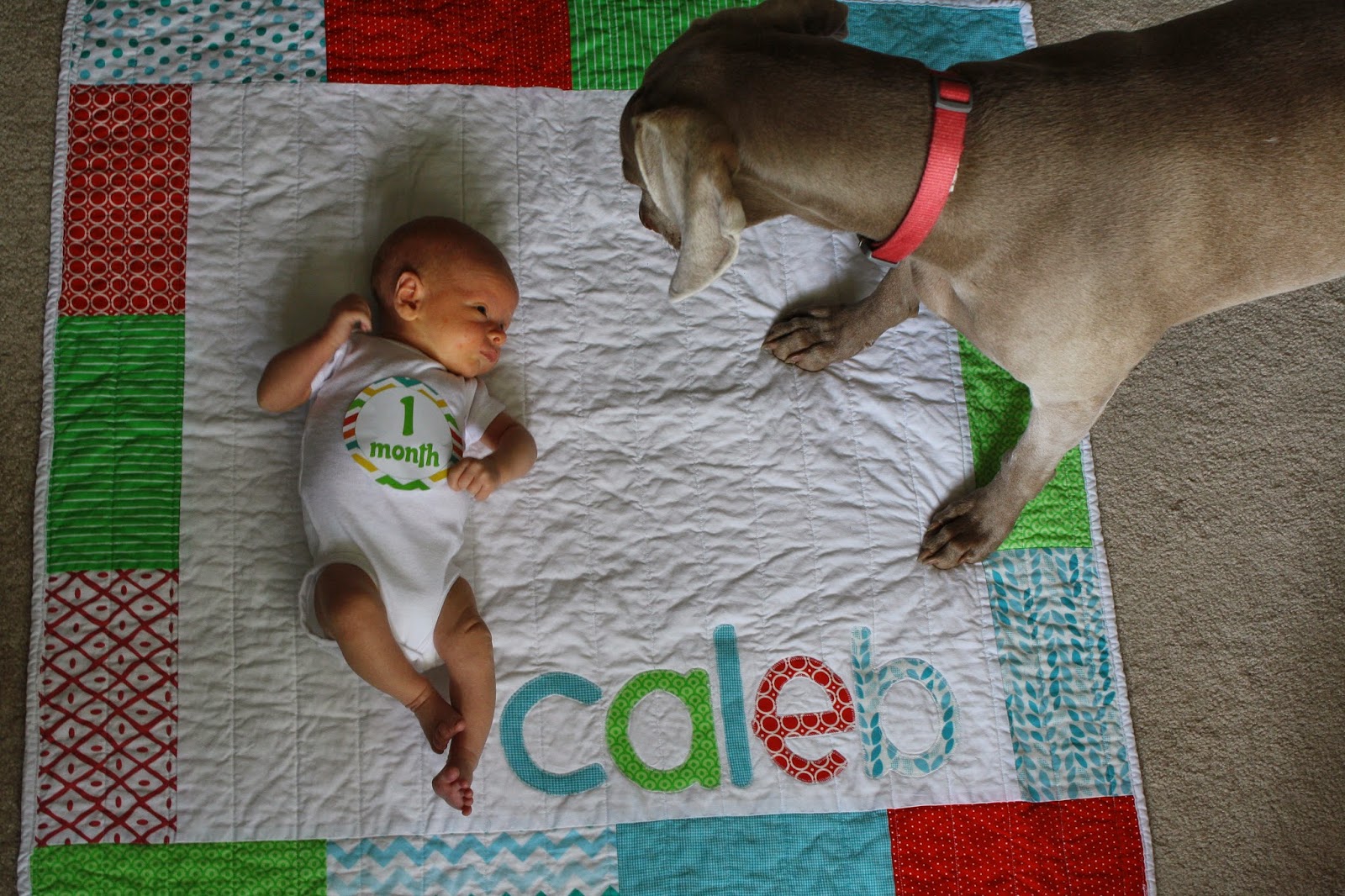 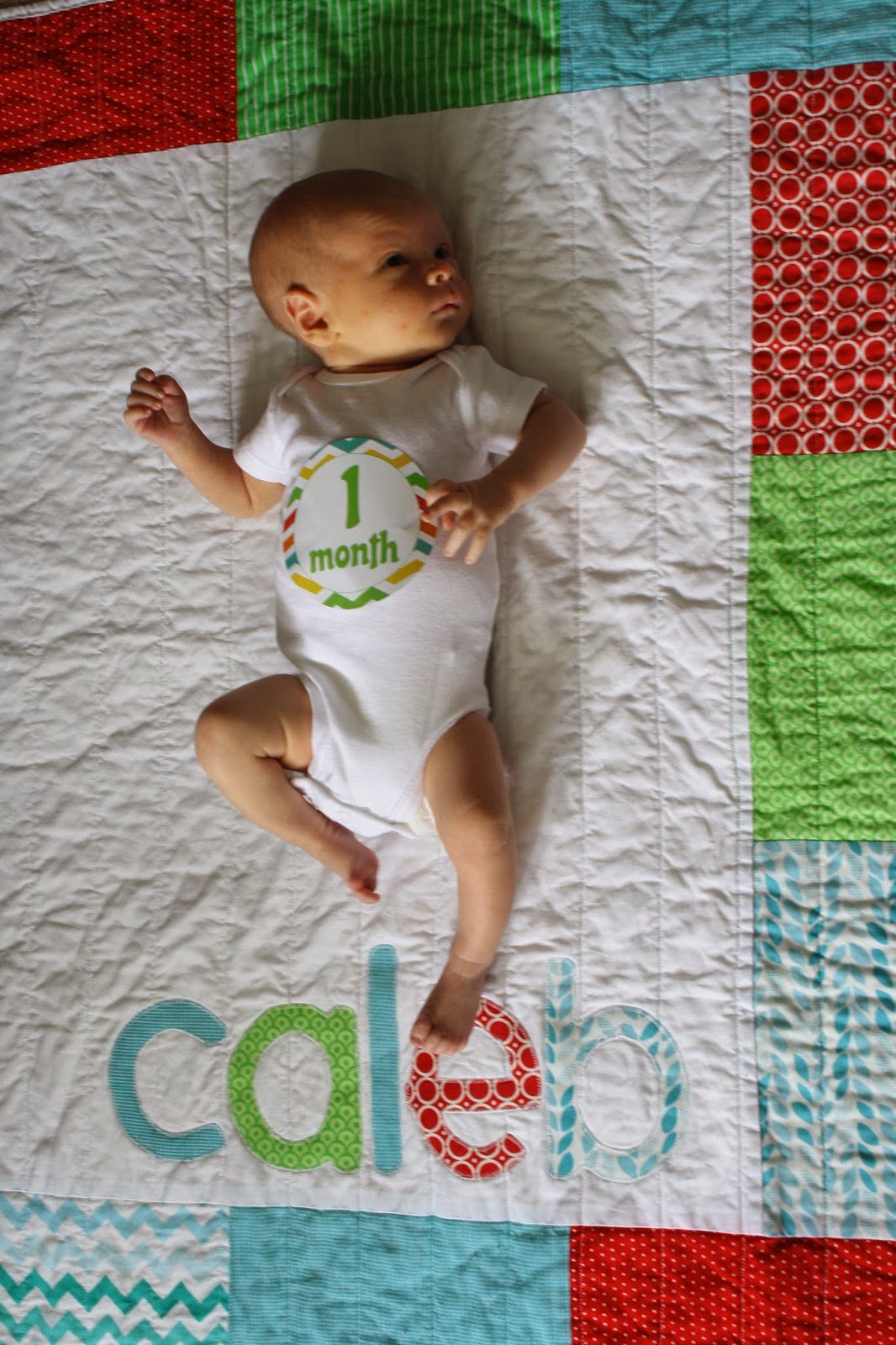 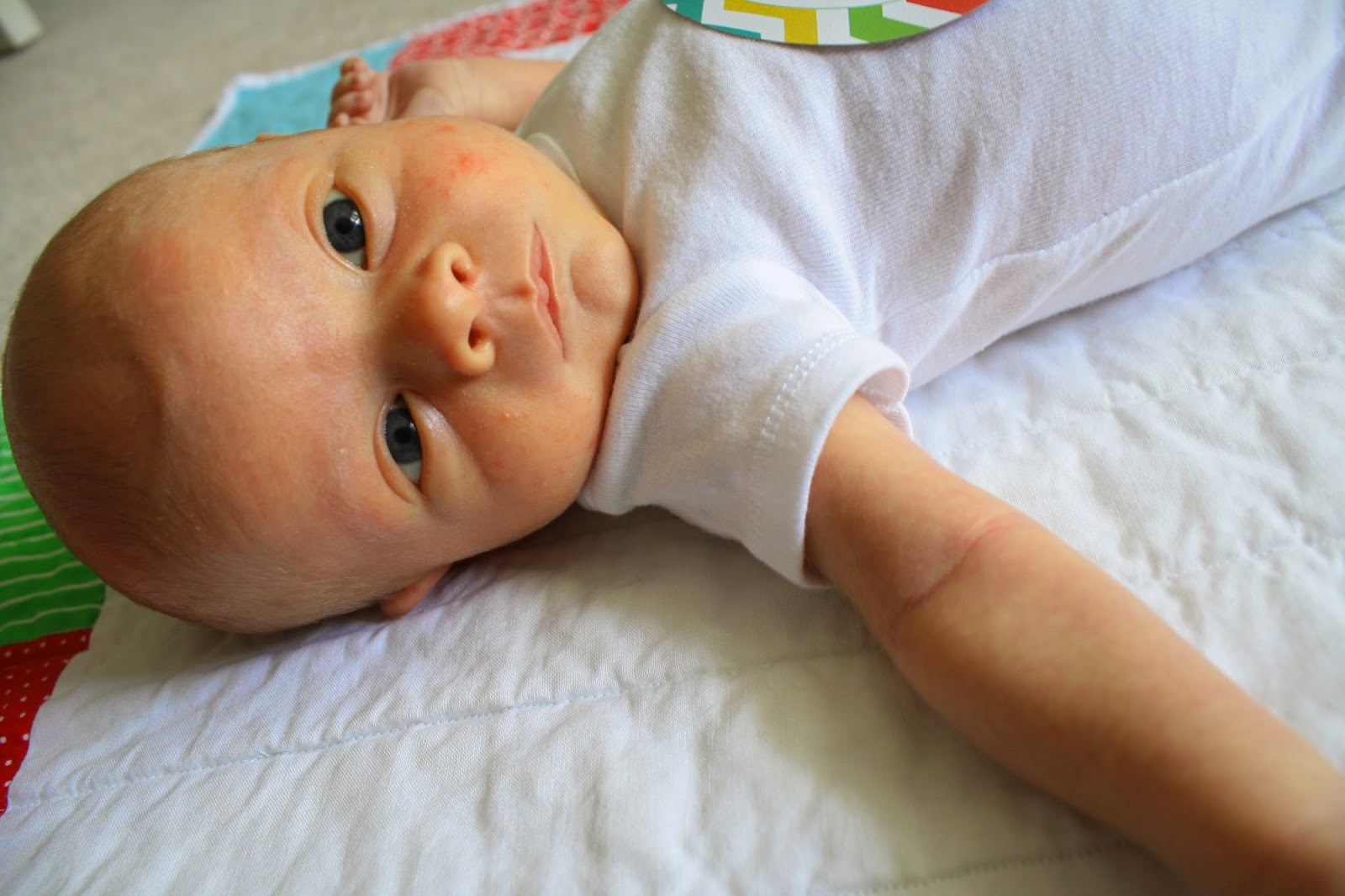 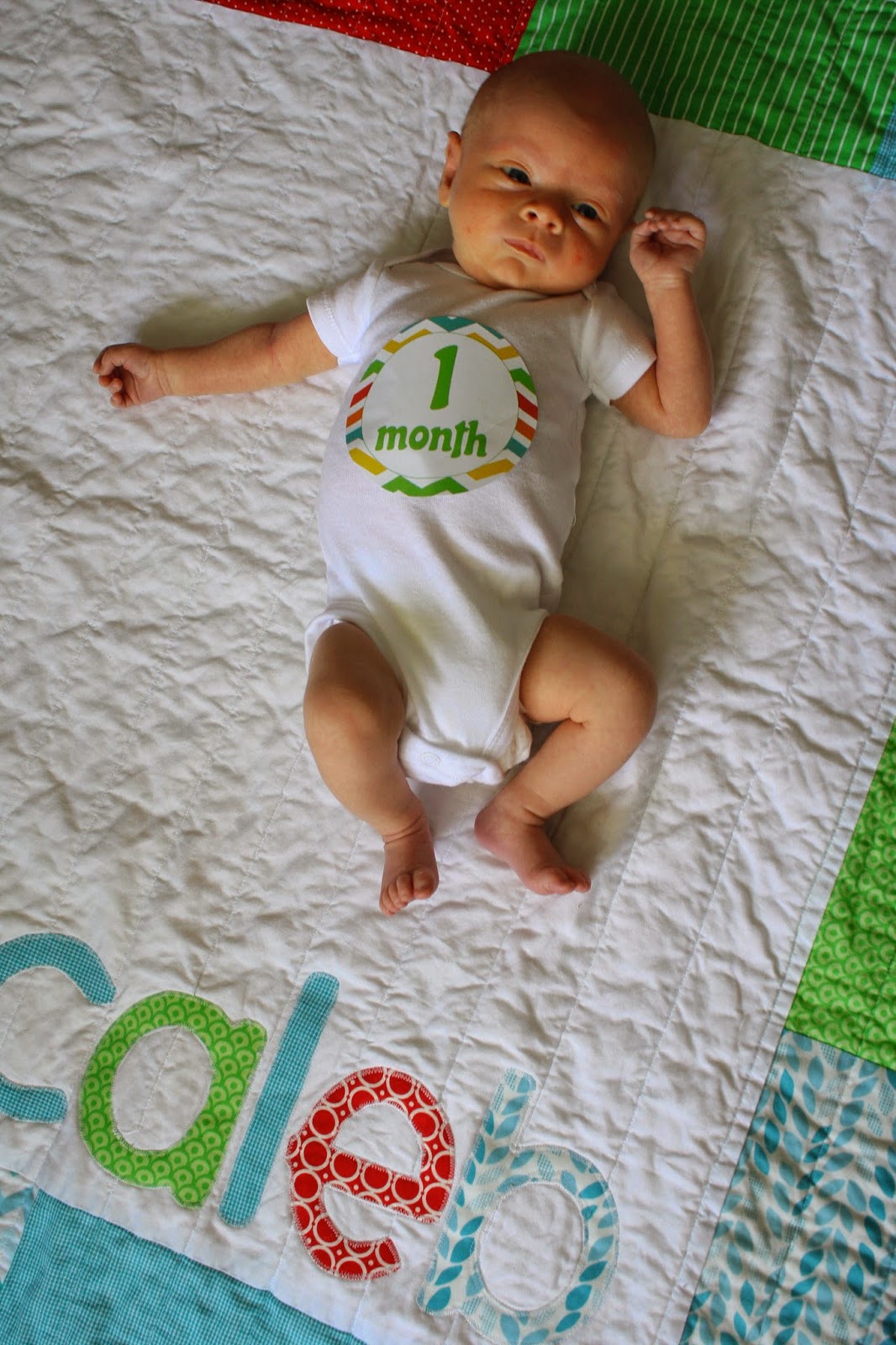 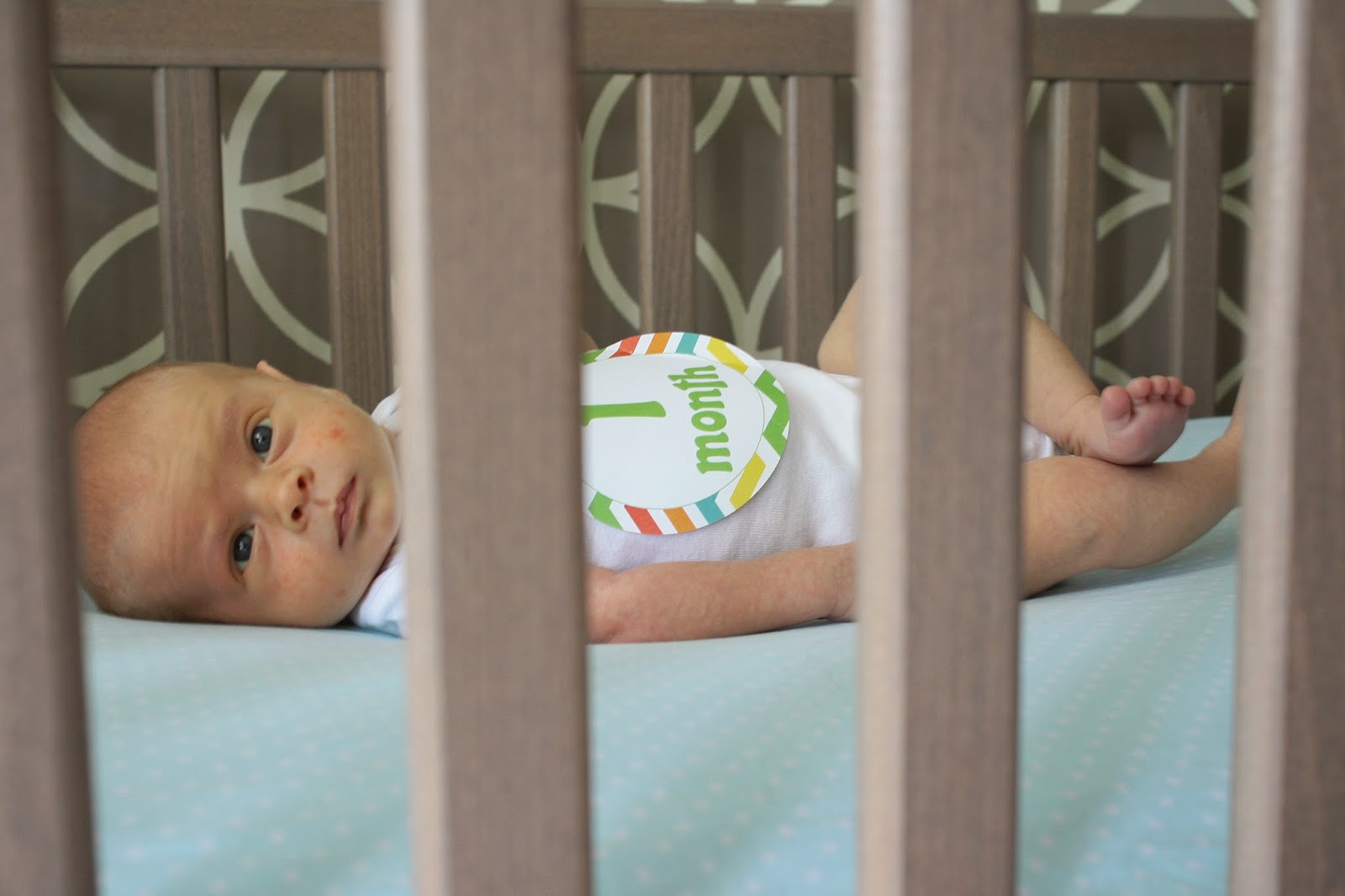 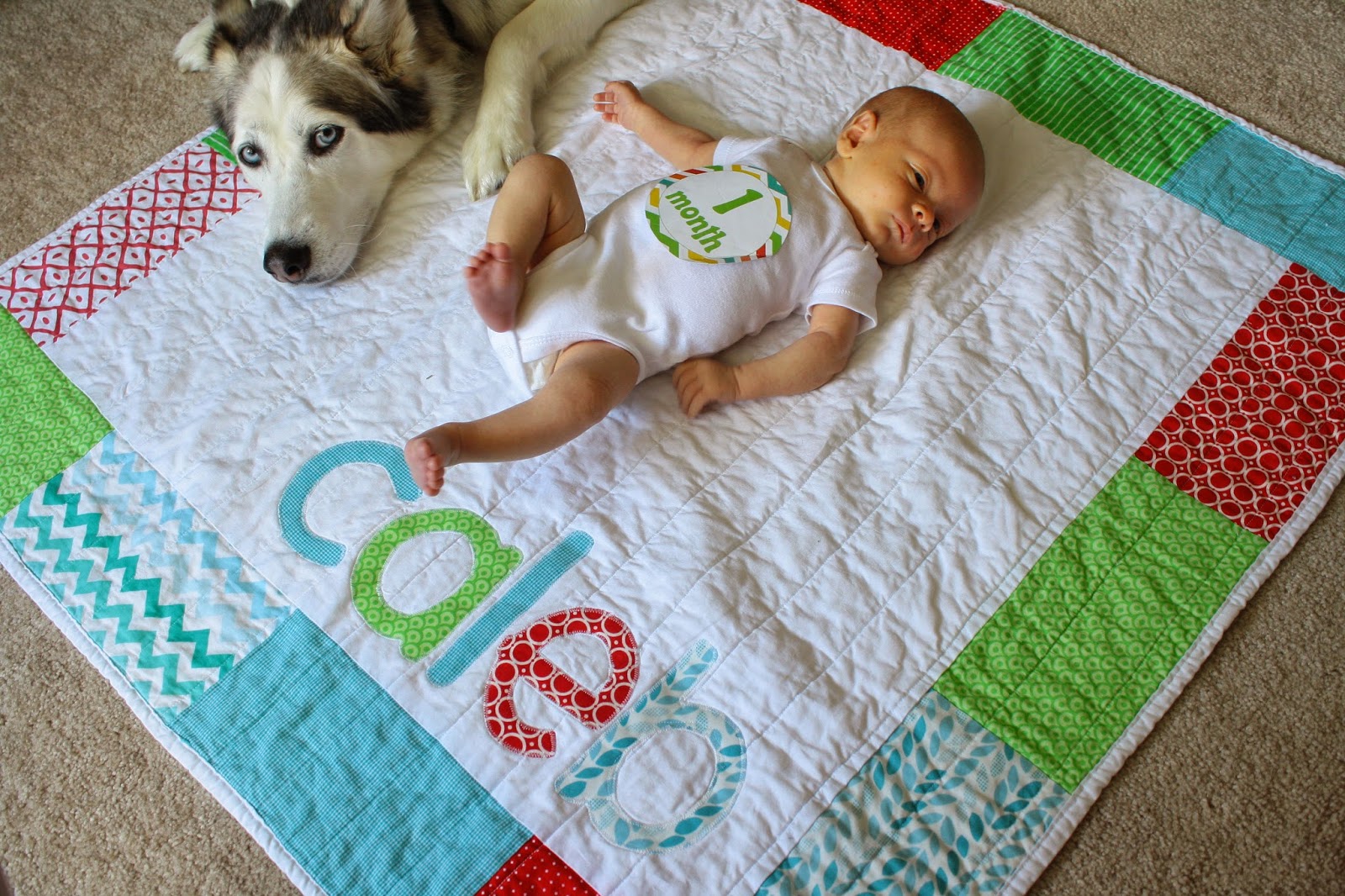 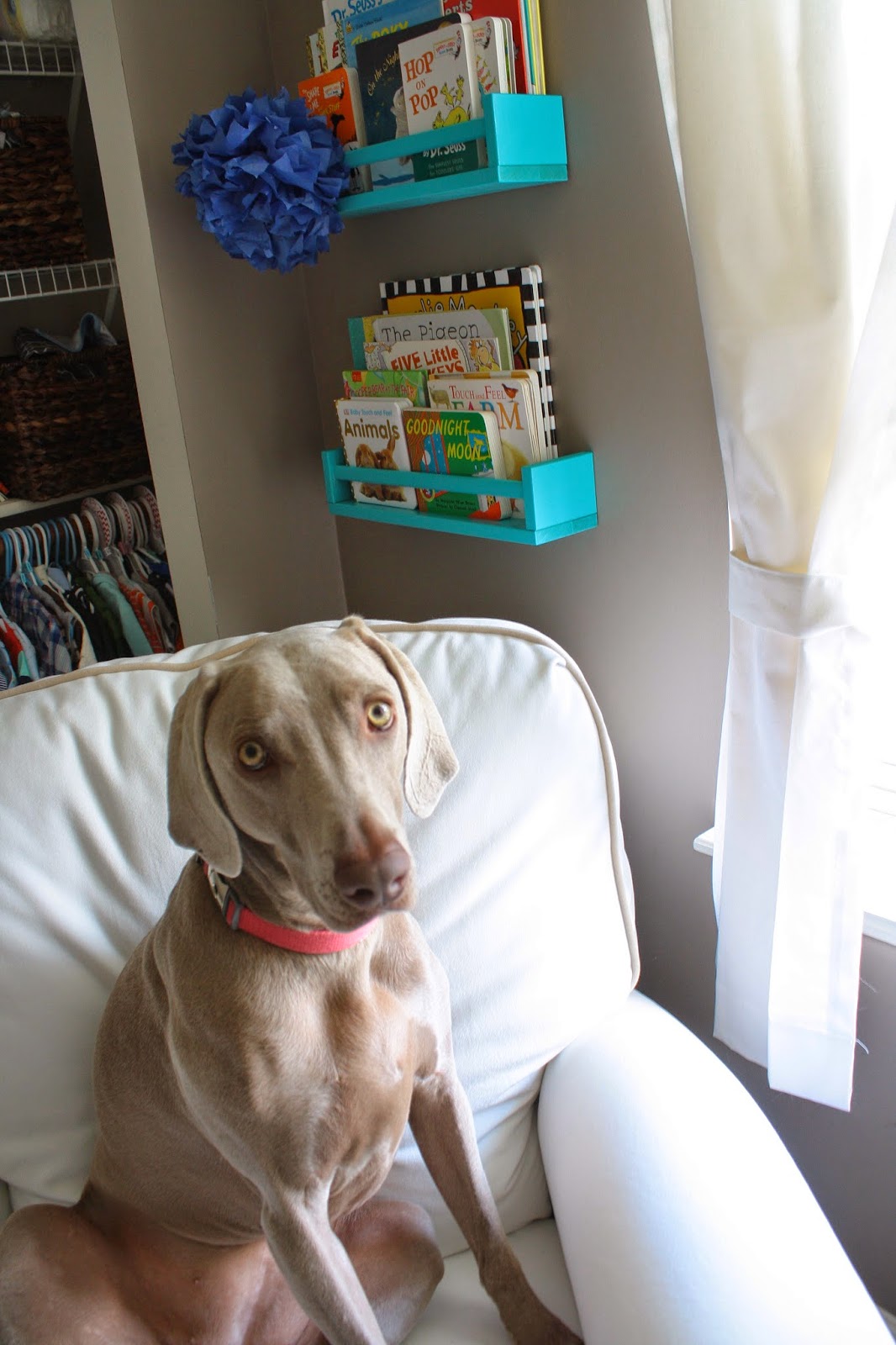 When people tell you your baby will grow so fast and time will fly by, believe them. Caleb is a full month old and it's just so crazy how much he has changed these last four weeks! We've settled into our new normal and seem to have found our groove. My most favorite times of day are in the morning when Caleb is really awake {usually after his 10am feeding...kid likes to sleep in a bit} and in the evenings when Justin comes home and cuddles with him. We went to the doctor today, and he is right on track! He's still such a peanut and only weighs in the 9th percentile, but he's gained almost 2lbs since he was born. For being 3 weeks early, he's doing so well!


New this month:: He's getting so much stronger! He has always had a pretty strong neck, but he's able to hold his head up longer now and has more control {less flopping and flailing}when lifting his head and turning it from side to side. He's finally filling out his newborn clothes {he was so tiny!} and will probably fit into them for another month or so- except for a few sleepers he's already outgrown lengthwise. He love love loves to be swaddled and seems to know it's a cue for nap/nighttime. We gave him his first {pumped} bottles this week and had zero problems, which shouldn't be surprising since he has been eating like a champ since he was born! We also left him with his first babysitters, uncle Adam and aunt Lori, while we celebrated our anniversary this week! Caleb has been a good sleeper since the beginning and has never been a night owl. He pretty consistently goes 4 and then 3-3.5 hours at night between feedings and has gone up to 5 hours- and never wakes outside of letting me know he's hungry and eating. Around two weeks, I realized he had set himself on a pretty consistent eating routine, so we started practicing a {flexible} routine of eat, wake, sleep at 3 weeks. He seems to really like it and we can tell when the schedule is thrown off. Overall, his stretches of wake time are getting longer and longer and sometimes he'll go a couple hours of being wide awake and alert! Some days we have to work at playing with him to help him wake after feeding, but most times he seems to know {past his initial milk coma} that it's time to be awake. He dislikes being overtired or hungry {who doesn't?!}, getting his diaper changed when sleepy, and being stripped down for his bath- but kid LOVES bath time! He calms down as soon as we put him in the bath.
Posted by Katie at Friday, July 18, 2014

Aw these pictures are so sweet!! I love that quilt with his name on it. :) We have the same crib (IKEA right?)