A few weeks ago, two of my heart friends came over for a night of crafting. We each chose a project {found on Pinterest!} and went to work.
I had found this infinity scarf tutorial that looked SO easy.
And we each followed it to make a scarf...
but it was pretty much a flop.
They were WAY too short and a bit wonky.
It had been bothering me ever since,
because I'm super cheap and didn't want that fabric & project to go to waste!

So yesterday, I ripped the seams out and started all over.
And came up with a pretty sweet, easy, and cheap infinity scarf! 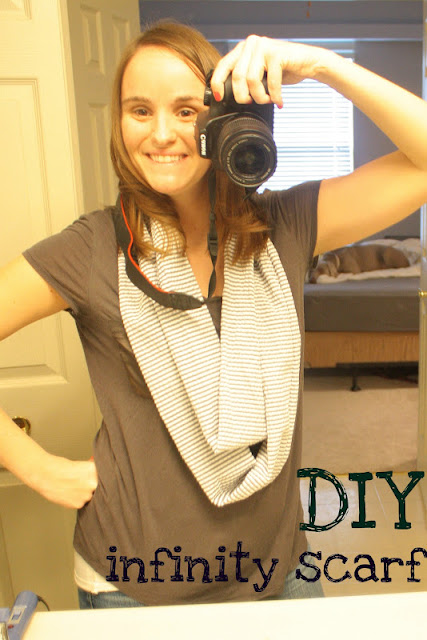 Here's what you need:

Fabric:: I had the store cut 15 inches of standard width cotton
Coordinating Thread:: ha. I just used what was in my machine, cause I'm too lazy to switch it out. :)
Scissors/Rotary cutter 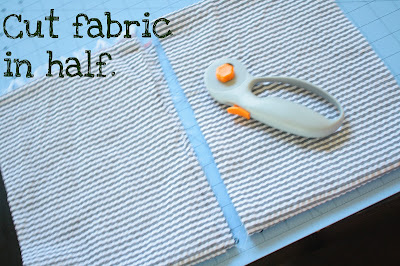 Step one:: Fold fabric in half and cut in half along the 15 in width. {Does that make sense? You want to end up with two long, somewhat skinny pieces. So if your fabric was 15in. to start with, you would cut two pieces that are 7.5in. x whatever width they started out. Kapeesh?!} 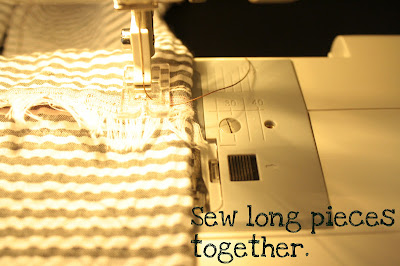 Step two:: Unfold fabric and sew the two long pieces together {short end to short end} by placing the two pieces on top of each other; wrong side up. Be sure to backstitch. 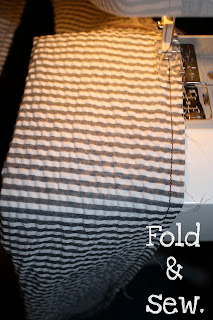 Step three:: Now you should have one realllly long piece of fabric. You with me? K. Fold  in half lengthwise; right sides together. Pin & sew. {Or if you're lazy like me, just sew w/out pinning!} 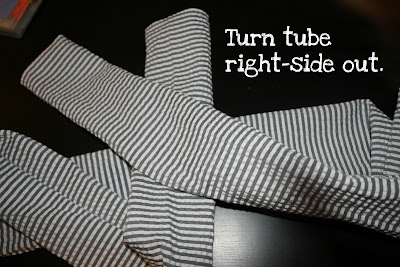 Step four:: At this point you have a really long tube. Turn the tube right-side out and turn the raw edges down.

Step five:: Tuck one raw end into the other and sew shut; being sure to back stich. 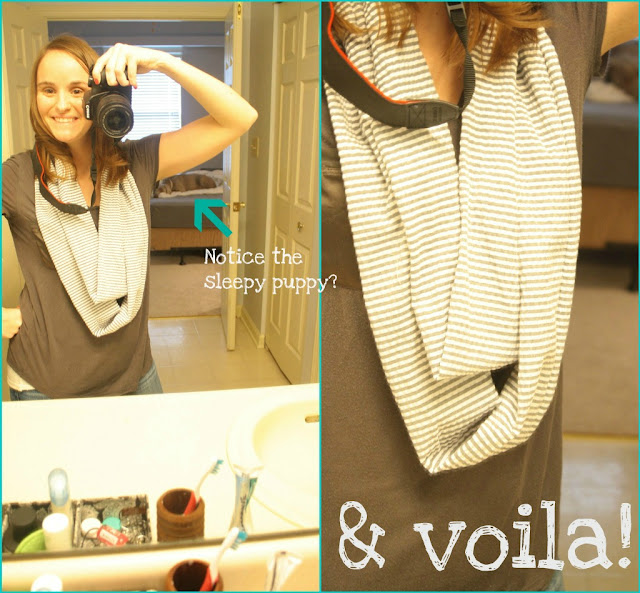 Your scarf looks great! And the "how-to" was great! Wish I was going to be around Indiana longer so you and I could have a crafting party!!

I like that SO much better! Mine is still sitting in my closet...unworn. I definitely need to whip out my own sewing maching (sure I can't just hop over and use yours again? ha). I've been thinking about you a lot and when you're not so crazy, let's get together again...It's been a month friend! Not okay. Any word on how the rest of Lauren's project went? Love you!

Super cute scarf, thanks for the tutorial!

Good for you to keep working with a pattern to make it work! Thanks for sharing!

ahhh I've totally meant to make one of these by now...just hasn't happened!! Thanks for sharing your tutorial - your scarf is SO cute!

I featured this on my blog today:
http://christinasadventures.com/2012/04/sunday-features-67-68.html

and I pinned it too!
http://pinterest.com/christinasadven/20-below-features/